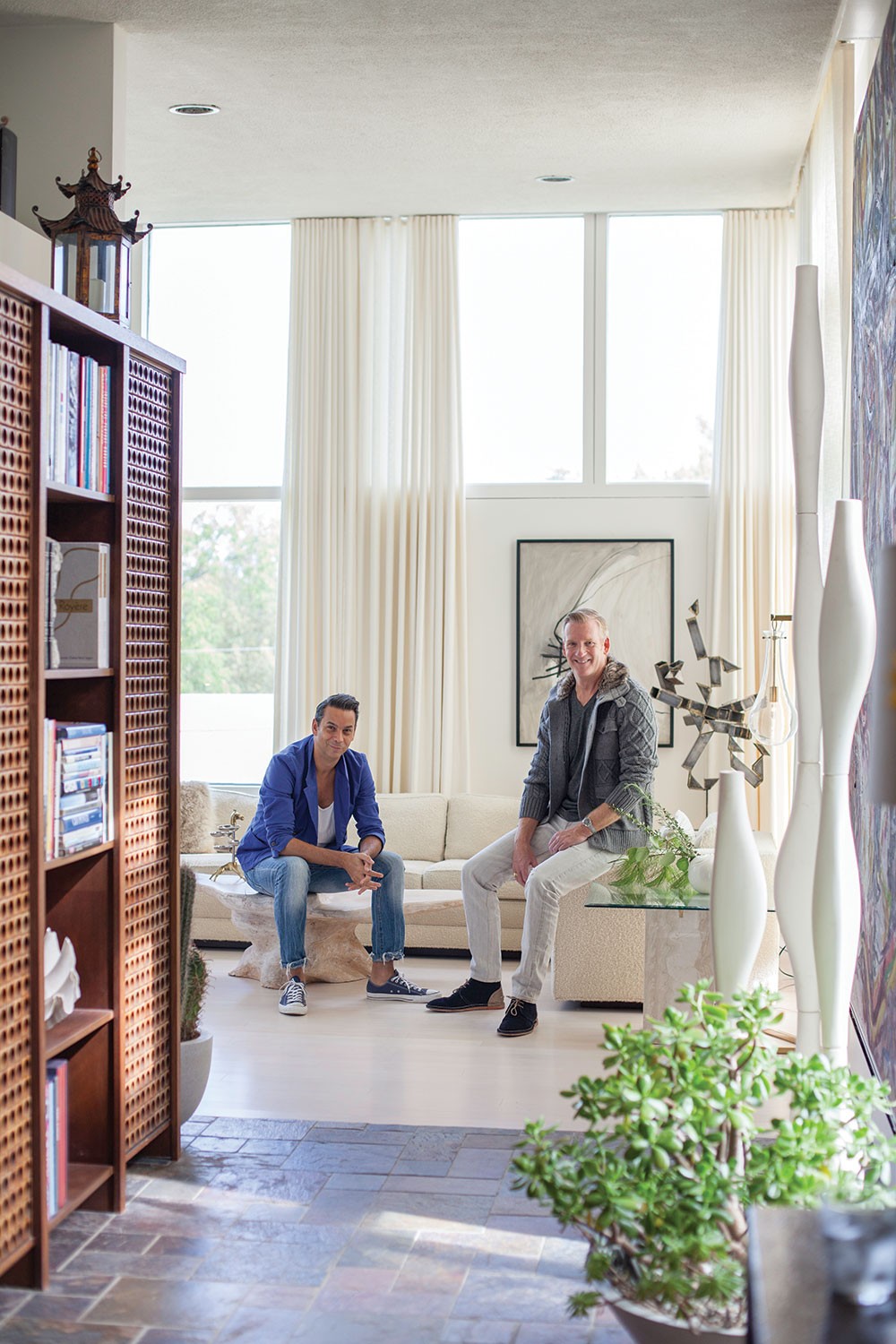 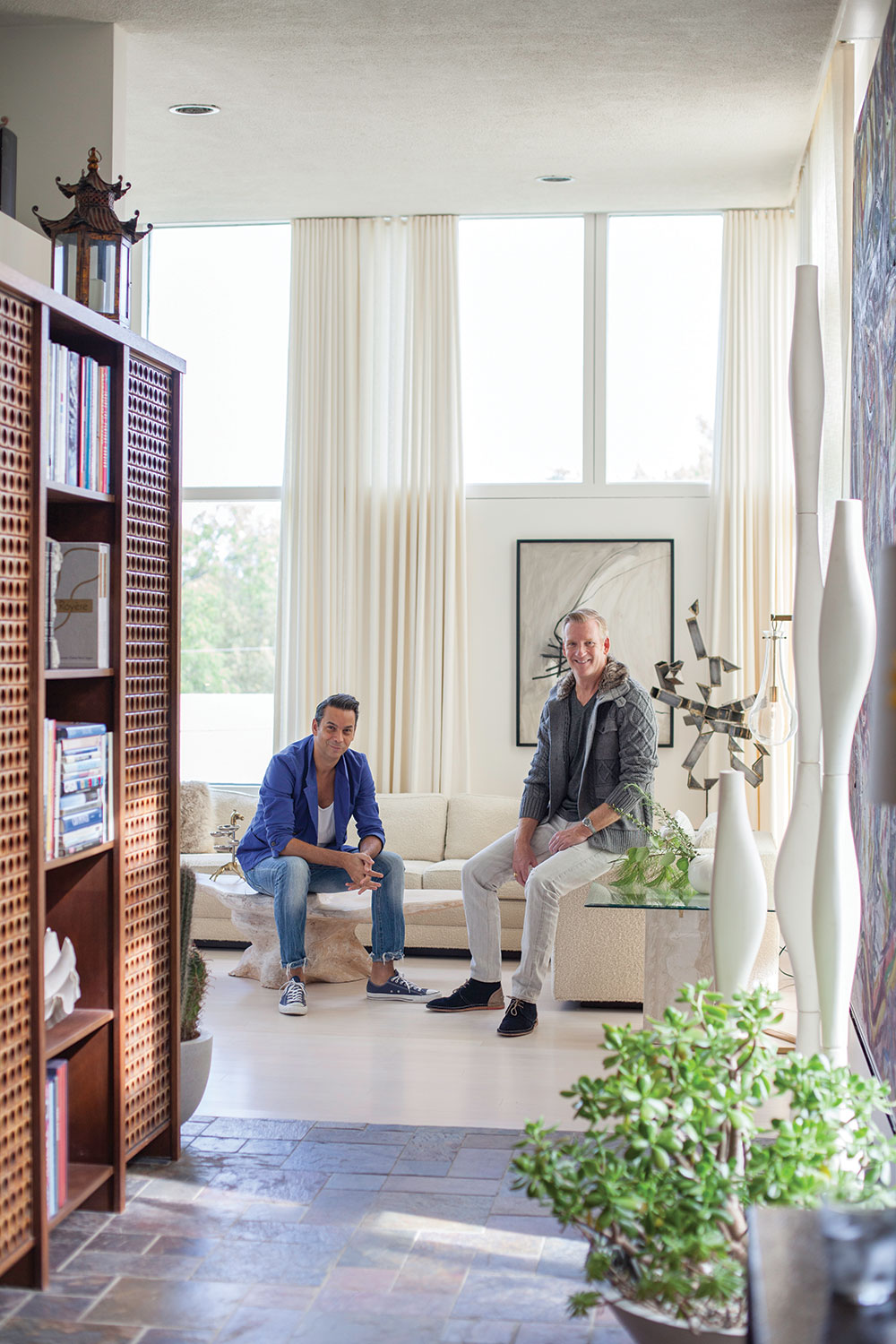 James Aguiar and Mark Haldeman did what most people do when they consider buying a second home in the Hudson Valley: They talked about it. A lot.

“We would be those weekend guests, all the time, who talked about moving and getting a place and finding a place, and we never did,” explains Aguiar, the fashion director for high-end magazine publishing brand Modern Luxury. “And then, one day we decided to get a little bit more serious about it.”

That was over eight years ago. All it took was falling in love with “the camper,” as Aguiar refers to the couple’s mid century modern ranch house in Uptown Kingston, to seal a deal that was already half in the making. Having spied it years before on a tour of the neighborhood, Aguiar and Haldeman, who’s the New York City regional retailing manager for clothier Paul Smith, became intrigued with the 1958 house, which resembles the coolest camping trailer ever (hence the nickname). When “the camper” finally appeared on the market in 2006, they scooped it up.

“We drove down the street,” Aguiar recalls of the first sighting, “and we both looked at each other and started laughing. Intuitively, we knew that this was going to be our house.” So, like most people do, they indulged in some lofty fantasies. “Mowing the lawn was going to be our thing,” says Aguiar. “I was mowing the lawn one day, and somebody came by and said they have a service. I said, ‘Nope nope nope, we’re going to do it.’ He said, ‘That’s what they all say,’ and drove off. Two years later, we stopped mowing.”

Purchasing the house, which was designed by William Van Benschoten, was not just the start of homeownership for Aguiar and Haldeman. It also marked the beginning of their love affair with Kingston, an affection that’s kept pace with the city’s resurgence. “At the time we moved up here, this area was quite a bit different,” says Haldeman. “It wasn’t nearly as popular as it is now.”

But the couple is enjoying the metamorphosis. “It’s not that you want an area to change so the people change,” Aguiar says. “You want it to remain what drew you to it in the first place. It’s that, only better.”
Both Aguiar and Haldemanwork in the fast-paced, creativity taxing fashion industry, which makes their Kingston home practically medicinal in purpose. “In our industry,” Aguiar says, “we deal with a lot of aesthetic choices, creative decisions, and lots of people. For us to come up here and relax, recharge, and put a lot of that aside, it’s very important. [Then] we go back [to the city] with more energy and enthusiasm.”

Renewed energy, however, doesn’t mean that they don’t feel bummed out when they head back to Manhattan. “I manage a lot of people, and it’s my refuge, getting up here, and not having to deal with people if I don’t want to,” says Haldeman. “It’s mixed feelings going back to the city, for sure.”

While they consider themselves weekenders, Aguiar and Haldeman, who also have an apartment in Park Slope, aren’t averse to making Kingston their permanent headquarters someday. “There are no nos,” says Aguiar.