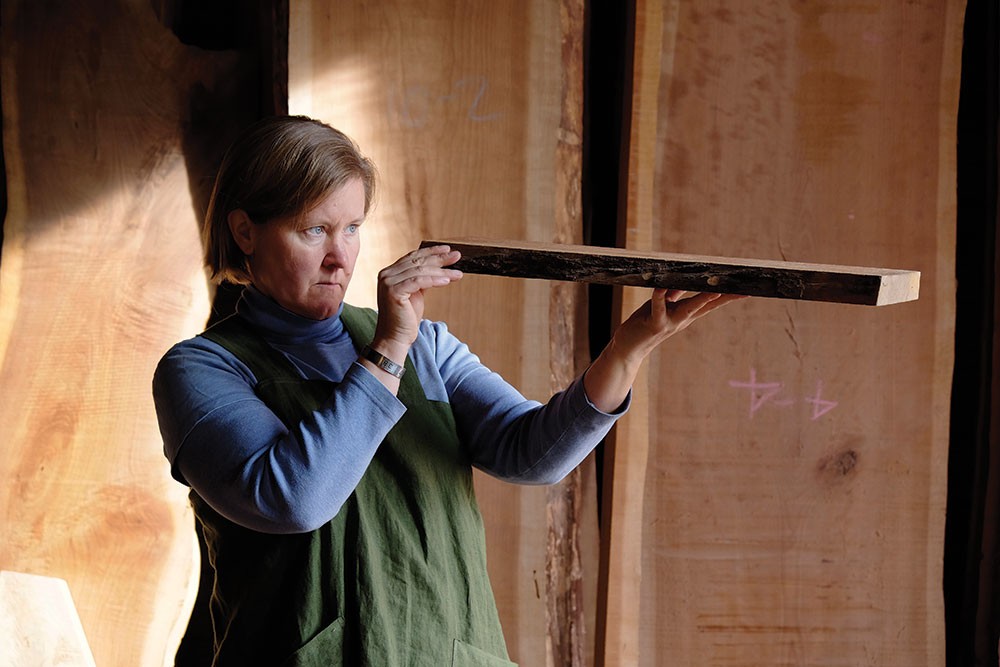 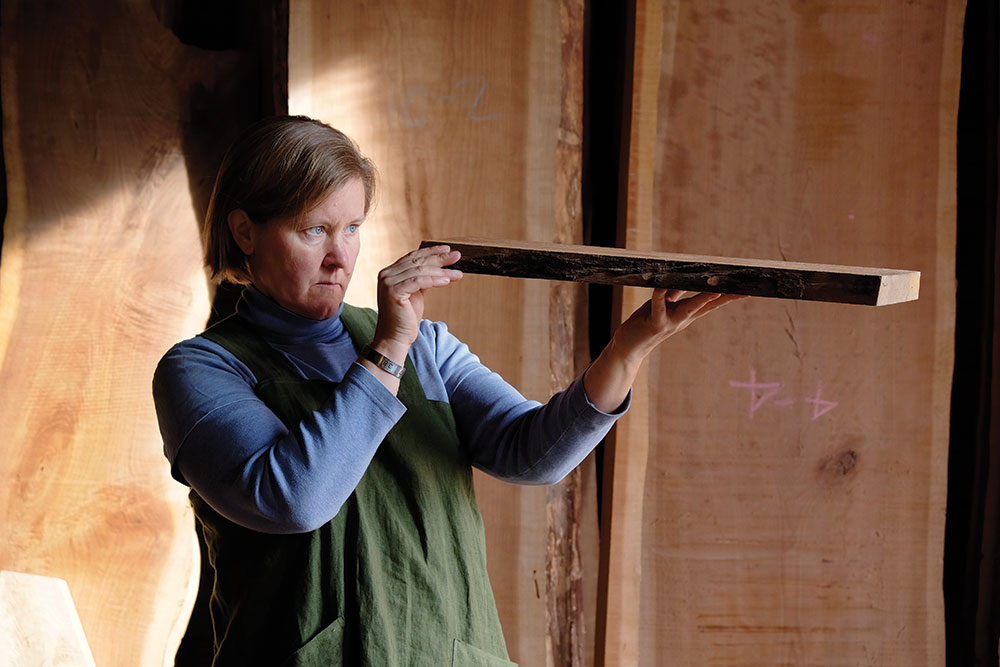 Hometown: Manhattan
Has lived in: Ann Arbor, Michigan; Rome, Italy; Jaipur and all over Rajasthan, India; Tokyo and Kamakura, Japan
Lives in: “The middle of nowhere, outside Middletown”
Works in: Beacon

Nearly 20 years into her career, Jessica Wickham is still surprised to have found her niche as a fine woodworker. Armed with an anthropology degree, she planned to become a documentary filmmaker, but wound up as a technical writer and got “vacuumed up” into Goldman Sachs. “Before I knew it, I was a VP in Tokyo,” she says. She calls her corporate decade “graduate school.” She explains: “It was an intense, fun work environment, with very smart people working in teams over distances.”

As an architect’s daughter who grew up appreciating design, Wickham’s interest in woodworking was heightened in Tokyo when she bought a dining table “with a natural edge.” She explains: “Organic shapes in your home have a stunning impact on people. They create an emotional, elemental reaction. It’s truly humbling to work with natural materials.”

“I fell in love with Kamakura,” she says. “It’s an incredibly beautiful place, with two mountains surrounding a little valley that opens onto a waterfront. Everything is located around the axis of one street, with a giant temple at one end and hundreds of historic little wooden houses. It’s a magical, magnetic place.”

After five years in Japan, Wickham returned to the US in 2002, rented a workspace in an old factory in Middletown, and began crafting tables. “I discovered woodworking as a way to get a grip on my life, and never imagined making objects for my work,” she admits, “but it’s extremely satisfying. With so many nuances and subtleties, creating a learning environment is part of the joy of it.”

In Middletown, Wickham created work for display in a Brooklyn gallery, built conference tables for the National Audubon Society, and grew her business, despite the recession. In 2009, she established Wickham Solid Wood Studio in Beacon. She now employs three full-time skilled woodworkers and works intense 11-hour days, six days a week. “Wednesday is my sanity day,” she says. “I go into the city for a Pilates class, socialize with friends, eat good food, go to a museum.”

Wickham sources wood by following leads about trees downed by storms and landscaping fells. She acquires about 20 logs a year this way, tracking them on a database, The Log Log. The recovered trees are seasoned for two years, then repurposed into signature pieces. Each log in Wickham’s inventory of 10,000 board feet of local hardwood slabs is sliced to preserve its natural edge, debarked by hand, and stacked and stored to mirror the tree’s original shape.

She digs deep to understand her clients’ desires, involving them in wood selection. “I am always going for the wow factor. It’s a function of reality, time, and money,” she says. Wickham uses handmade edging tools from a seventh-generation Japanese blacksmith, with pieces taking up to three months to create and 150 hours to finish. “It takes a lifetime to learn to create with these traditional tools,” she says. “They come very rough. You adapt them to your body, your hands, your size—very different from clicking on Amazon to buy a tool and getting it in the mail. The tools become an extension of your body.”

Wickham’s career recently came full circle when she built the tables and counters for Tempura Matsui, a tempura-tasting restaurant on East 39th Street. It’s a traditional space, “tiny, like being in Japan,” she says.

“It was a fun, complex job,” she says. “I brought in a lot of people I know to work with me, and sourced all the wood, and I’m fiercely proud of it. When you’re developing skill, you’re forever getting closer. This job represents a culmination of a lot of things for me. It’s nice to create pieces people will know and love, pieces they’ll sit around and enjoy.”