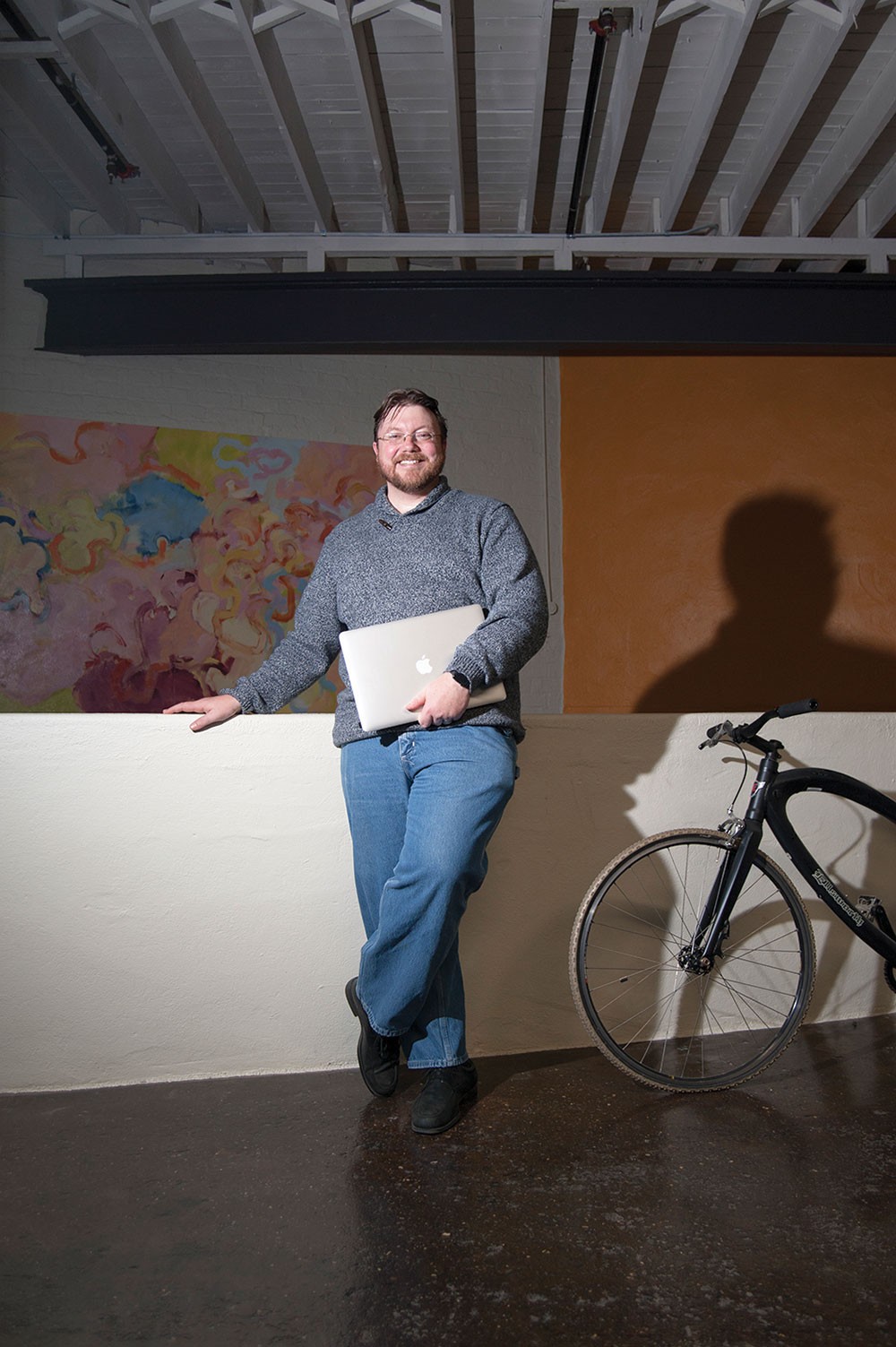 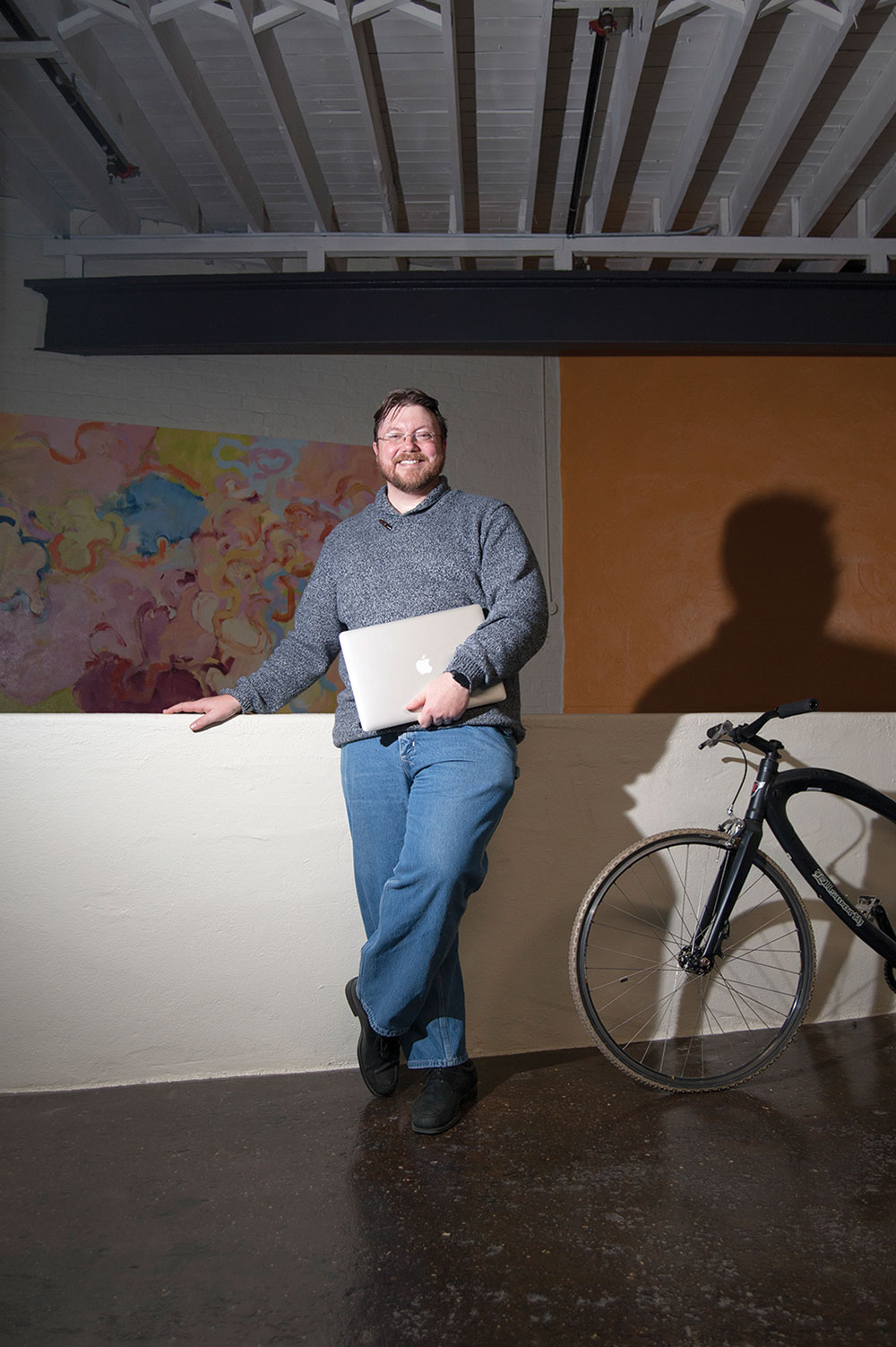 Lives and works in: Kingston

Best ingredients for innovation and community: “You get people together in a place like this [CatskillsConf], get them drinking some Keegan Ales and eating some local grass-fed meat, they come up with a new idea, and six months later they’ve created a new company around it, doing what they love and making the world a better place.”

Community is a self-sustaining enterprise requiring people to do whatever work is necessary, day after day, to create the kind of world they wish to live in. That being said, if you’re one of the many people who’ve flocked to Ulster County to become immersed in that community, you probably owe Kale Kaposhilin a beer.

Kaposhilin arrived in the Hudson Valley as a Bard College student, but after graduation, he was loathe to leave. “I didn’t want to ‘work for the man,’” he says. “We had a great community of artists here, and we wanted to do our own thing.”

So he and his friends began building studios and providing resources for artists. A few years later, Kaposhilin met some younger Bard graduates doing the same thing. “We had both made a difference—we had both built studios, and we both had crews of artists as our friends,” he recalls. “So we moved to Kingston and went into business together as Evolving Media Network [EMN]. It was literally a network of media professionals who had all learned how to do business by working together, and wanted to further their own creative careers.”

The EMN team has done pretty much everything digital—building websites, creating apps, producing videos, cranking out code—as well as producing live events. The firm’s diversity and drive mirrors that of Kaposhilin, who is also technical director for the O+ Festival and the Ashokan Center’s biannual Hoot Festival, and a board member for business booster ReThink Local. Last fall, he also organized the Ashokan Center’s first annual CatskillsConf, which he calls “a mashup of the creative lifestyle of the Hudson Valley, the educational work that has always happened at the Ashokan Center, and the technology community. So if you’re an innovator, creator, technologist, or artist, we consider all of those things to really be the same thing.”

Hudson Valley Tech Meetups are yet another community-building initiative that Kaposhilin created, with gatherings in Kingston and Poughkeepsie. “So many of us work out of our homes or out of coffee shops,” he explains. “It’s a wonderful existence, but it doesn’t have a central location where people can come together and participate in something. So, at least once a month, people have a coordinated opportunity to get together. We have about 625 members signed up after only doing these for a year. It proves that there’s a really strong community up here, but right now it’s kind of invisible unless you know where to look. This gives people a place to look.”

After 20 years in the Hudson Valley, Kaposhilin believes its boom is just getting started. He says he frequently meets people who have just moved here because they see the innovation taking place and realize the potential for what’s to come. “We’re flying a flag of inclusive, progressive innovation,” he says. “We want other people to come visit, as they often do, once or twice, and then think to themselves, ‘Wow, I could live here too. I’d like to help out with the YMCA garden in Kingston. I could open a business like Hops Petunia or the Brunette Wine Bar,’ or any of these awesome new places that have just opened in Kingston. The people who are coming here tend to be supportive, the kind of people who get involved. Hopefully, we can keep getting more and more of them to join the community.”