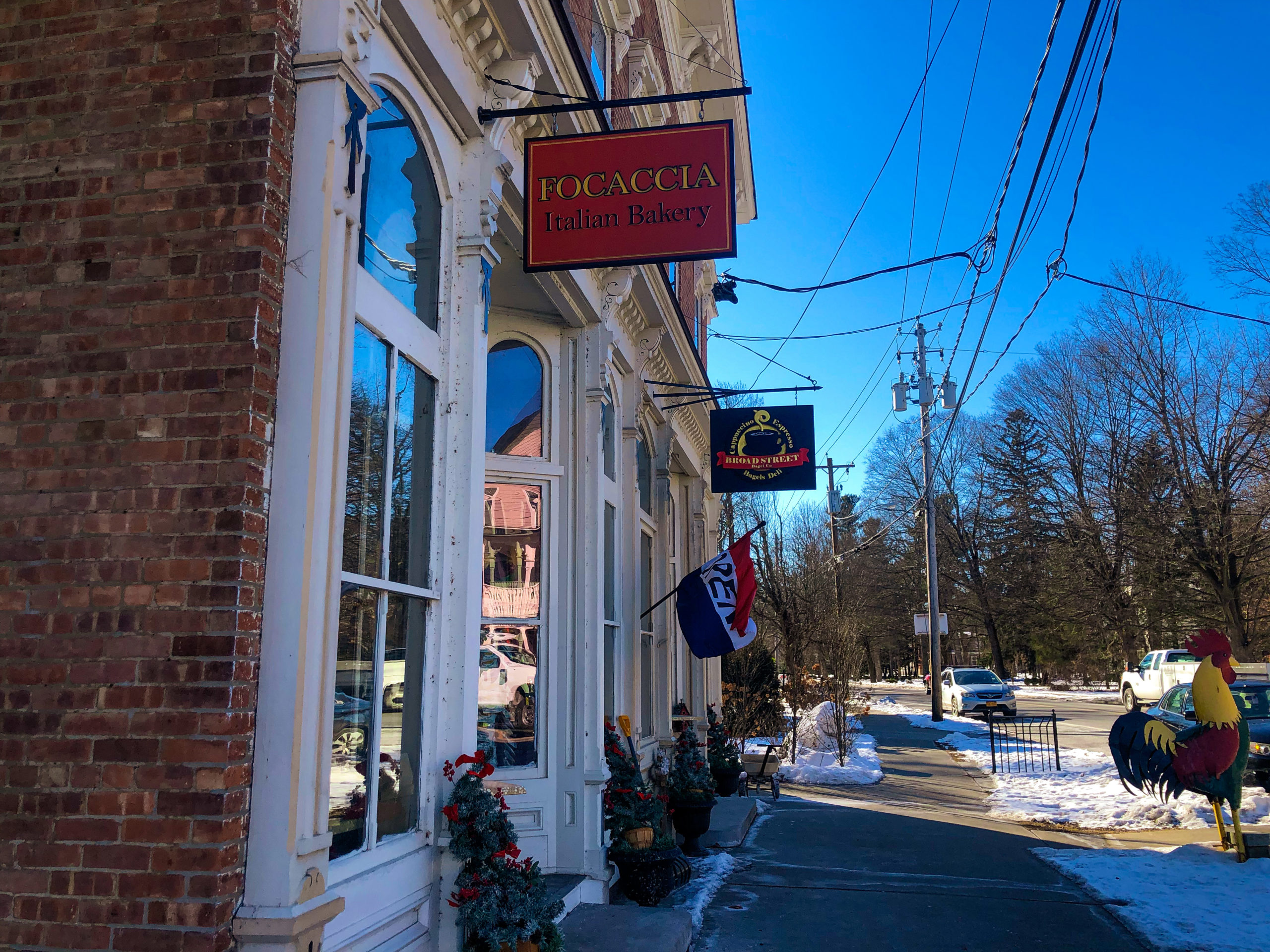 Never underestimate the value of a robust historical society. You can see the effects of the Columbia County Historical Society, which has been around so long that it practically deserves a historical society of its own, in the one-stoplight village of Kinderhook as soon as you transition from open farmland into the wide main drag canopied with towering trees in front of impeccably preserved Federalist and Colonial architecture.

It’s here that the CCHS makes its home, maintaining four historic structures and setting the general vibe for the village. History’s kind of a big deal here. Just ask Martin Van Buren, eighth President of the United States. Nicknamed “Old Kinderhook,” (which is where the term “OK” comes from,) Van Buren was born here, retired here, died here, and is buried here in the yard of the Reformed Dutch Church, one of the oldest churches in the state, whose bell still tolls on the hour. 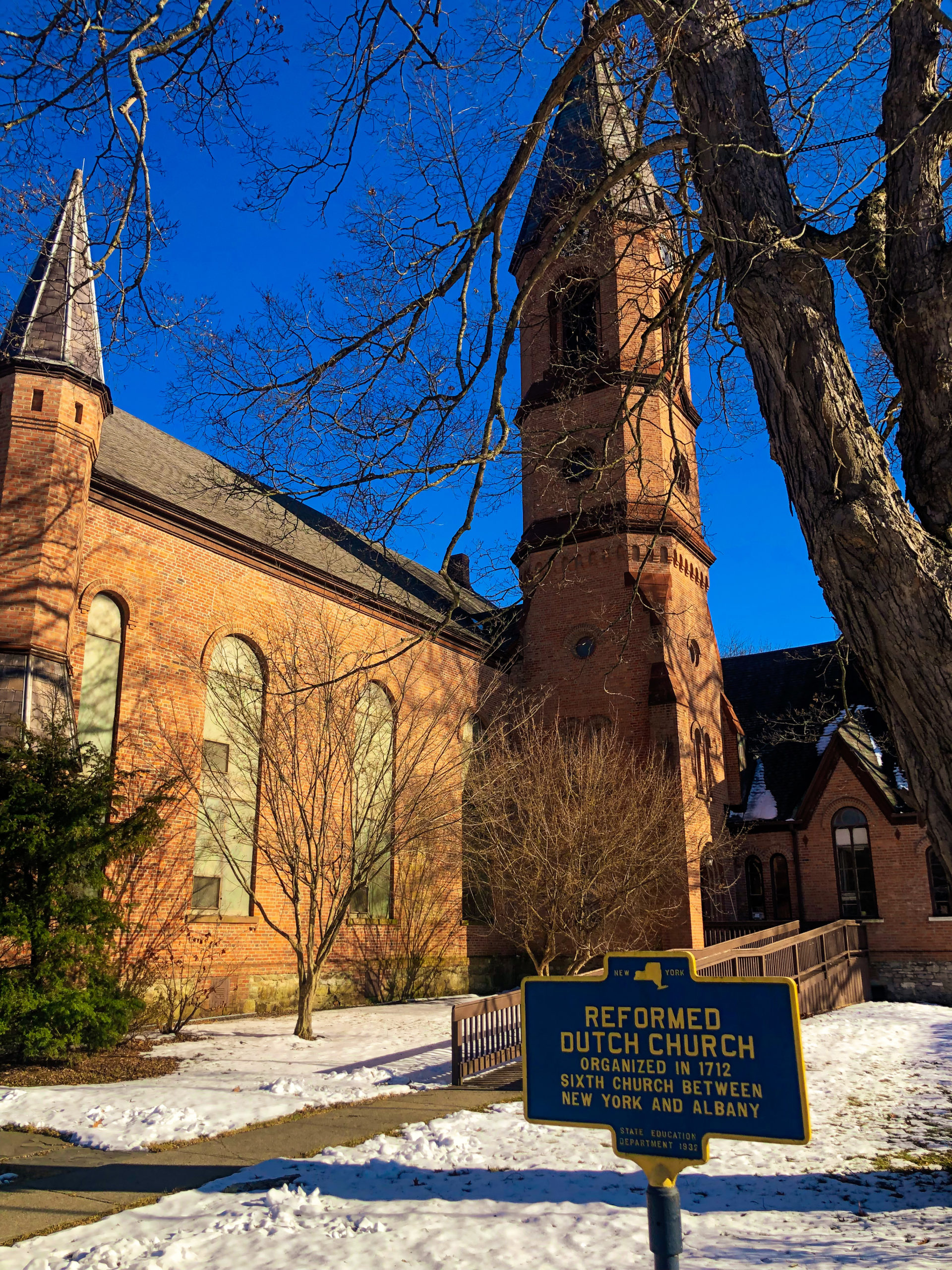 One of Van Buren’s frequent guests to Kinderhook was Washington Irving, who found inspiration in the village’s Luykas Van Alen House for the Van Tassel Family Farm in The Legend of Sleepy Hollow. Irving also befriended a local school teacher, Jesse Merwin, who later became the basis for the hapless Ichabod Crane. Considering how things work out for Crane in the end, the honor would seem dubious, but you can still visit Merwin’s one-room schoolhouse—now known as “The Ichabod Crane Schoolhouse” and maintained, along with the Van Alen House, by the CCHS.

And so the past, at first glance, seems to be not even past here. But when visiting the grave of the former slaveholder Van Buren, turn your head to the right and gaze upon the giant silver sculpture of an afro pick, its handle shaped into a clenched Black Power fist, standing 100 feet away. 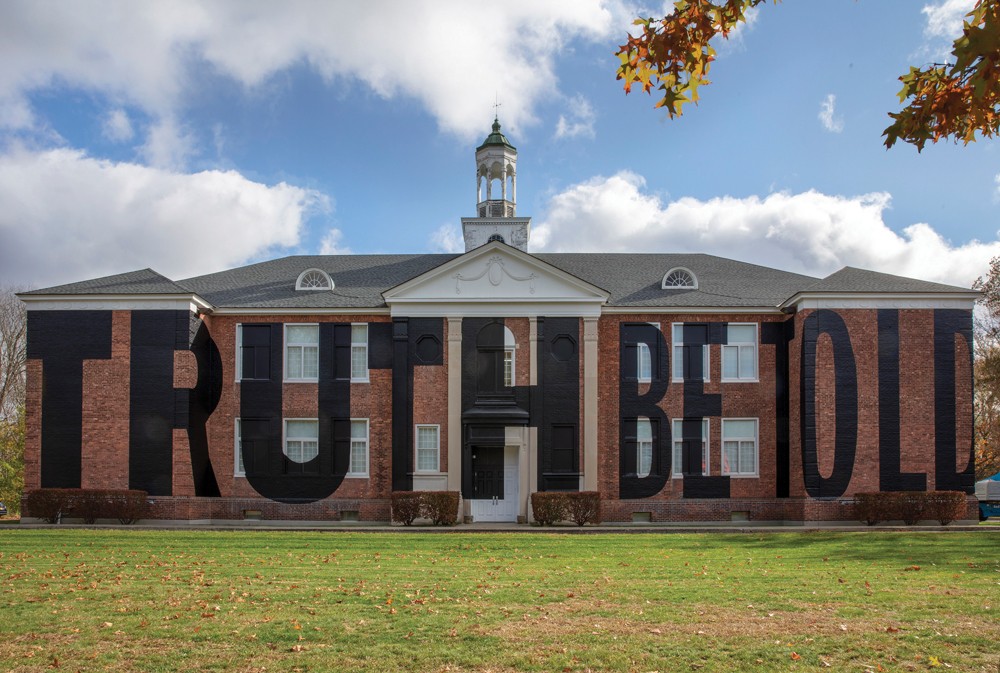 The sculpture sits in front of the former Martin Van Buren public school. Now known simply as The School, the building was transformed into an internationally acclaimed art gallery by the renowned curator Jack Shainman in 2014. Andrew and Conny Chase also moved to town at this time to turn their food truck The Flammerie, which specialized in wood-fired flatbreads (imagine pizza by way of the Bavarian Alps,) into a brick-and-mortar restaurant. Arriving, they found that there was basically no other place in town to eat besides the bagel shop, which itself had only opened two years earlier. There was also no place to shop. The Chases opened up their restaurant in the former location of the town bookstore, which was the last retail shop in town.

But Broad Street Bagel kept churning out its freshly baked bagels based on a 150-year-old family recipe. And The Flammerie arrived with a built-in fan base from its years operating in farmer’s markets as a food truck. Alongside these two eateries, the School was attracting a new clientele to Kinderhook, who came here to see the work of 20th-century icons like Jean-Michel Basquiat and Andy Warhol as well as 21st-century masters such as Nick Cave, Carrie Mae Weems, and Lynette Yiadom-Boakye. All of a sudden, people were traveling from far and wide to Kinderhook, and they needed places to dine, drink, and shop. 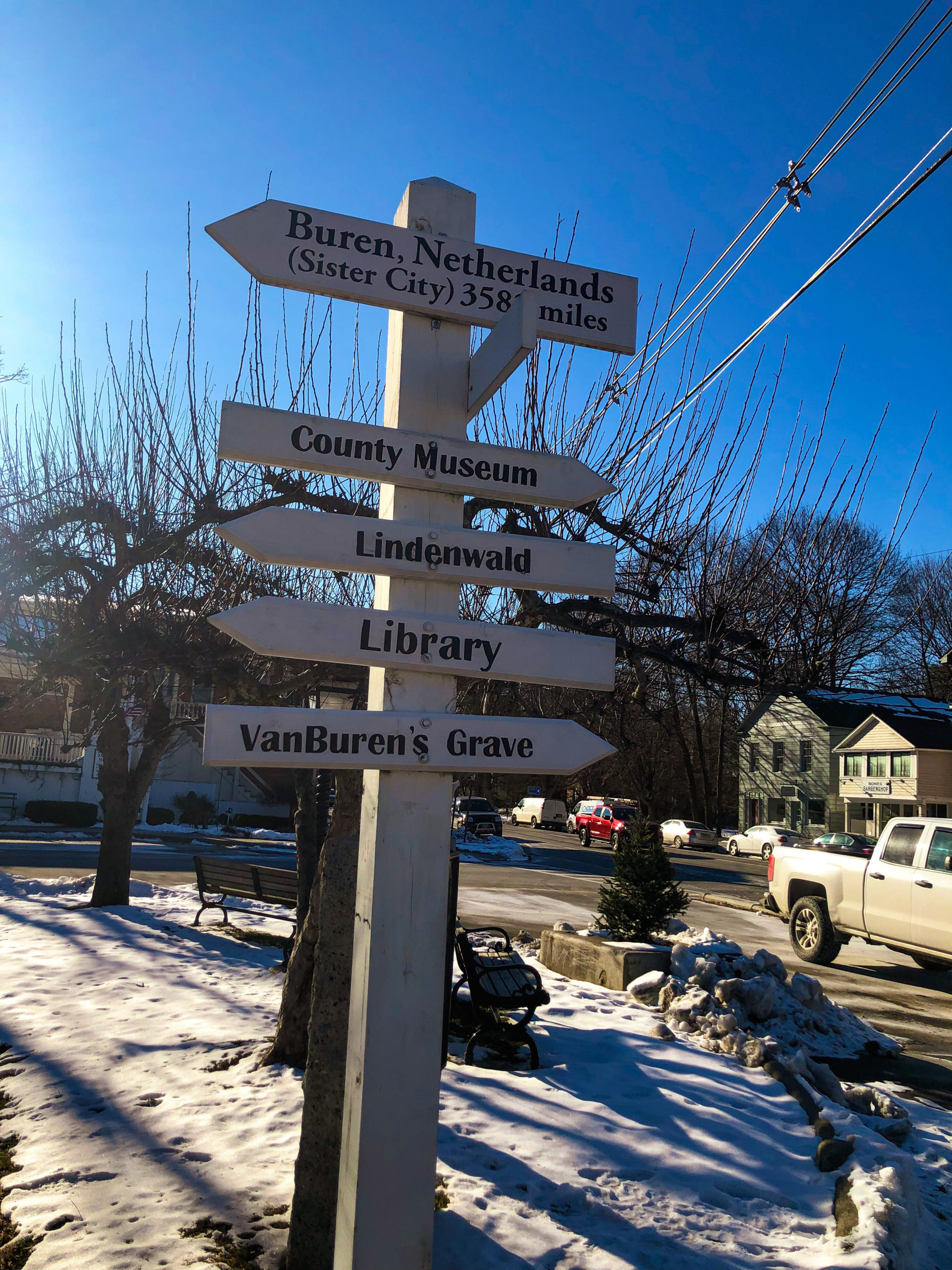 But the biggest change is yet to come: artist Darren Waterston and chef Yen Ngo are transforming the former knitting mill at the village’s main intersection into a culinary and cultural powerhouse. Already the duo has opened the Morningbird Cafe in the space, and housewares and gourmet food shop OK Pantry just threw open its doors before the holidays. Still to come in the months ahead is a cocktail lounge (The Nest), a restaurant (The Aviary), a wine shop, a garden store, a body care store, and the new location for September Gallery, which is moving from Hudson. 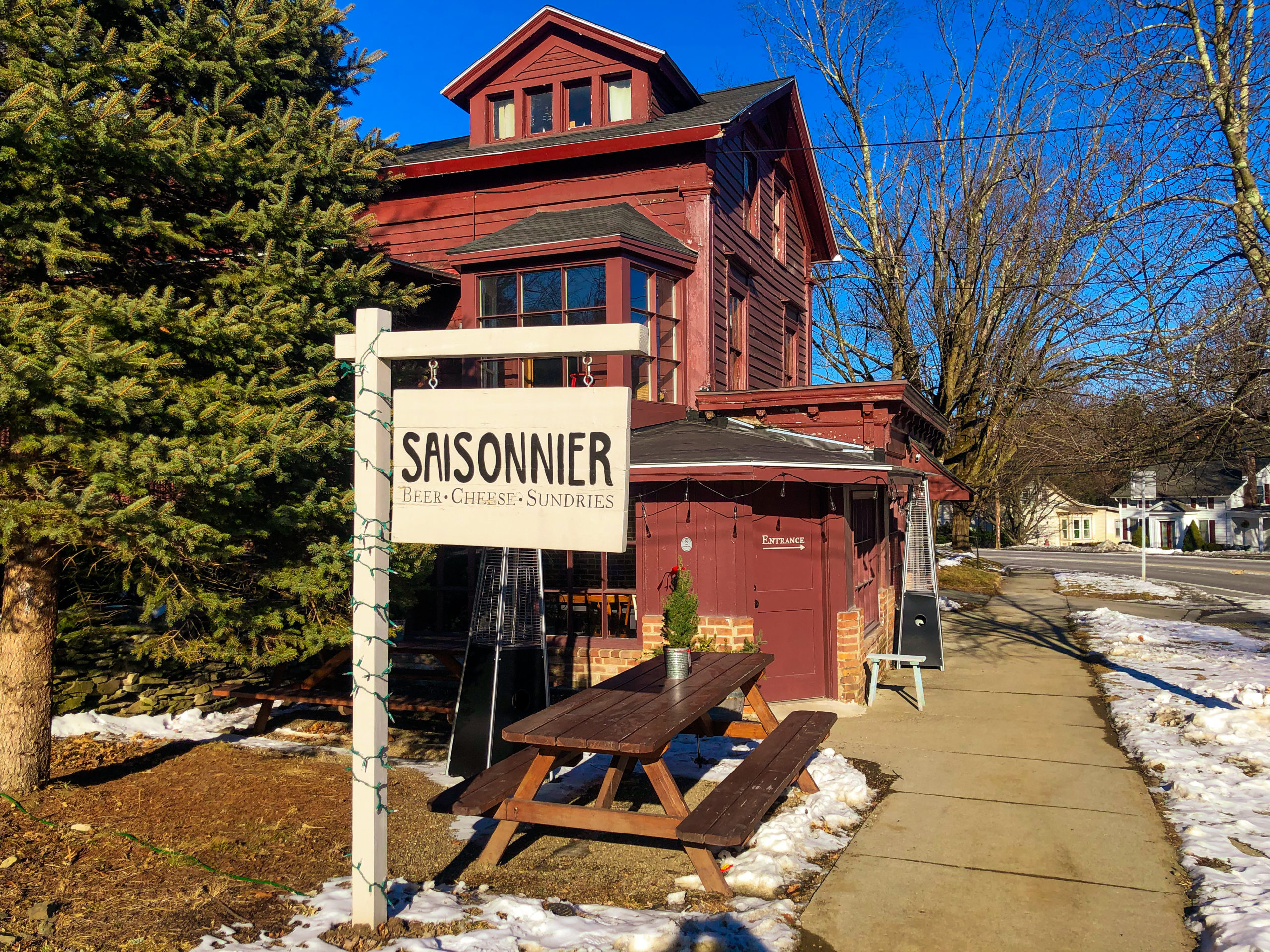 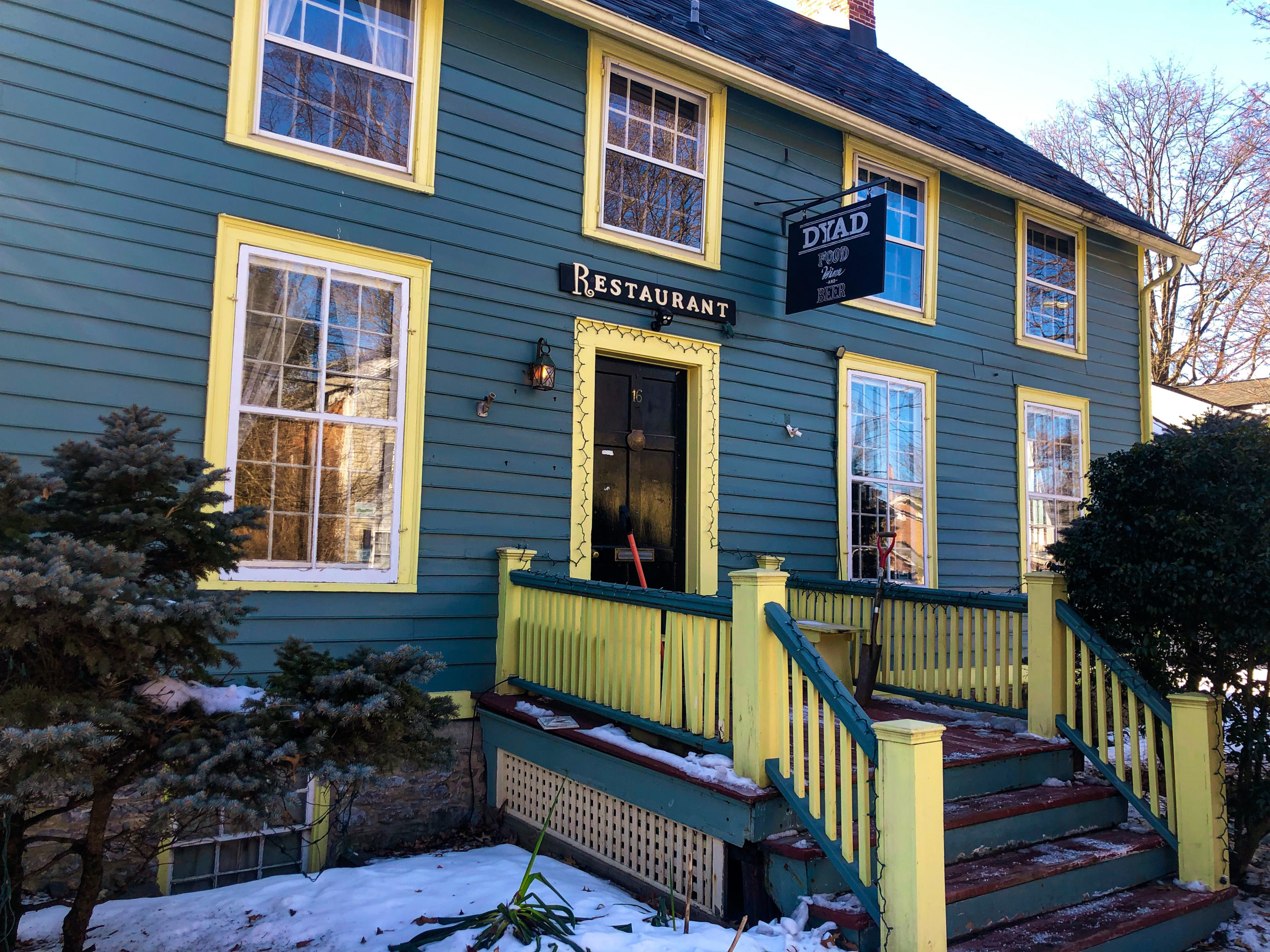 In other words, Kinderhook is about to get very, very busy. Possibly busier than it’s ever been since its 1687 founding. But even its new chapter has its roots in the past. Morningbird, as well as the in-progress Nest and Aviary, are all rooted in Indo-Dutch cooking, a cuisine that had its birth when Dutch colonizers traveled to Indonesia seeking spices around the same time that, on the other side of the globe, they were coming to the Hudson Valley (Kinderhook is Dutch for “children’s corner,” supposedly because Lenape children were often seen gathering here.) Take a quick glance at Morningbird’s menu and you’ll find pork sausage cut with lemongrass, Vietnamese shaking beef served with roasted potatoes, hot and sour soup next to a goat cheese galette. It’s a beguiling mashup of old world and new, yesterday and tomorrow, and it might just write the next chapter in Kinderhook’s already long and rich history.