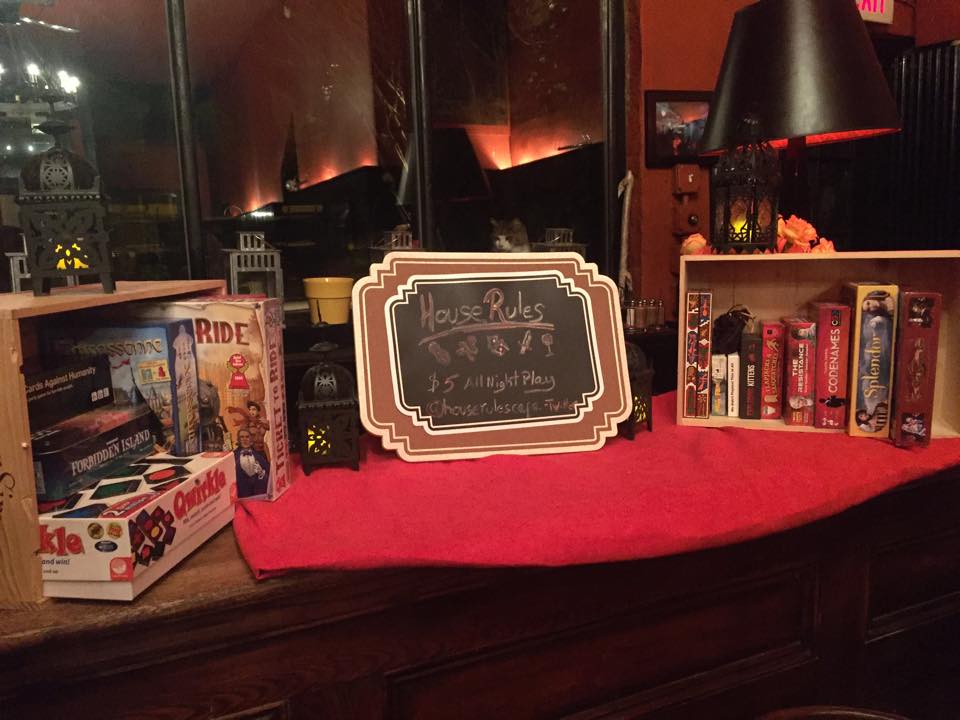 Via House Rules Cafe on FB.

As a longtime avid board game player and collector, I might be one of a handful of people to get excited about this. Then again, maybe not, given that House Rules Cafe, set to open in April 2017, recently reached their goal and then some in their Kickstarter campaign to open the game-centric coffeeshop in the bustling city of Hudson in Columbia County.

House Rules Cafe will be located at 757 Columbia Street, a block over where Warren Street, Hudson’s main business/commerce area, meets Park Place. And, the cafe will be just like a sounds: A place where folks can gather to play board games, socialize, have a nosh or a coffee, and unplug from the digital world for a while. According to their website, which is still under construction, the cafe will offer “American comfort food,” bagels early in the morning, coffee from Thrive Farmers, and tea from Adagio Teas and Hudson’s own Verdigris Tea.

Stay on top of House Rules’ game on FB. Meanwhile, I’ll be brushing up on my Rummikub skills, playing Scrabble speed rounds, and getting a group together to play Settlers of Catan. You in?