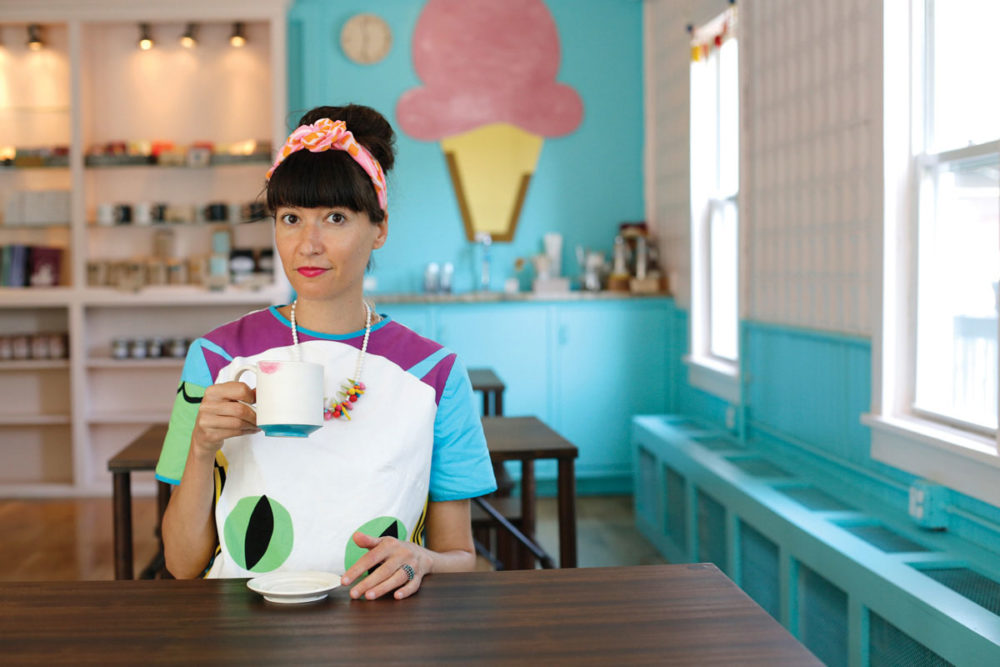 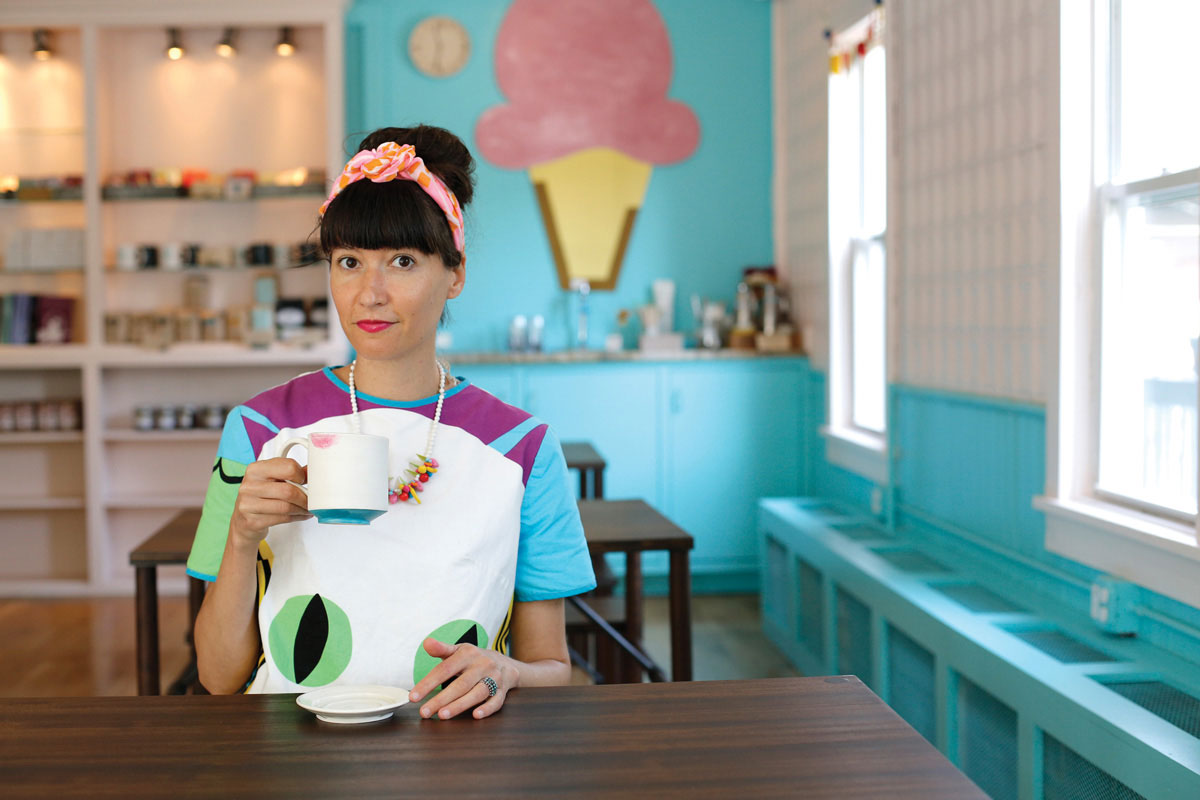 Hometown: Phoenix, Arizona
Came to the Hudson Valley from: New Jersey
Lives in: New Paltz
Lived there since: 2004

When she was 12 or so, growing up in Phoenix, Lagusta Yearwood became one of Arizona’s few vegetarians. Her mother joined her. Together, they went to animal rights marches and handed out flyers. But after a few years, Yearwood grew weary of the whole scene. “It wore me out,” she says. “It was too tiring and too sad. I was not really suited to being an activist.”

So instead, Yearwood, now 38, became a vegan chocolatier. Today she has a rapidly expanding business that counts a flagship shop in New Paltz, Lagusta’s Luscious; an expansive mail order business; a café around the corner from the original store, Lugasta’s Luscious Commissary!;  and Confectionery!, a shop in Manhattan’s East Village.

It was a strange and winding path that brought the fast-talking Yearwood to the Hudson Valley. Although she’d never been to the East Coast, she got offered “a weird scholarship” to the University of Rochester—she uses the word “weird” a lot, but maybe that’s fitting for her career arc. It took her a while to realize that during winter, the East Coast’s cold weather doesn’t relent as morning gives way to the afternoon, but she’s fit right in.

After college, Yearwood went to the Natural Gourmet Institute in New York City, which teaches aspiring chefs to cook locally, responsibly, and seasonally. And then she began an—illegal—vegan meal delivery service out of her home in New Jersey. It did well enough, even after she decided to get away from the city. “I could pretty much move anywhere,” she remembers. “So I just started looking at where good farms were, because I knew that I wanted to cook. Someone said, ‘Take a look at New Paltz.’”

Yearwood liked it there. And what’s more, the then-26-year-old mayor, Jason West, was making national headlines for licensing gay marriages and personally officiating them in front of town hall – long before such a thing was legal. “I was like, ‘That sounds like a great town to live in!’” she recalls. “Life has been great ever since, really.”

Gradually, Yearwood would learn to make most anything vegan and at home. In 2003, she’d begun making chocolates for fun. That became a business too, which eventually overwhelmed the meal service. In 2011, she opened her first chocolate shop. It took off. “I didn’t set out to have a mini empire,” she says. “I just wanted to work for myself. The whole thing is weird.”

At Lagusta’s Luscious, unusual ingredients are combined. Yearwood’s favorite chocolate bar, for instance, is the corn-on-the-cob bar, made with sage, smoked paprika, smoked sea salt, and crunchy bits of freeze-dried corn. “It’s inspired by a summer barbecue, as if you’re eating a chocolate bar in the middle of a barbecue,” she explains. But there’s a philosophy behind these novel concoctions. She likes to remember that the Aztecs originally used chocolate as a savory food. “Now, it’s gotten so sugary and it’s a desert thing, but we make a lot of more savory things that tie back to that lineage,” she explains. “I think people are craving things that aren’t so sweet.”

Everything, of course, is made completely from scratch.  “I’m obsessed with this idea that for everything you buy, there’s a whole chain of decisions behind it,” she says. “With food, I try to be mindful of that, especially with food that I buy and serve to other people. I feel like I have a huge obligation to use my purchasing power to buy things that are in line with my values. So a lot of times, what that comes down to is, we’ll just make it ourselves.”

In a way, Yearwood has become an activist after all. She’s discovered that people will happily eat healthily and responsibly if they enjoy the taste. Her customers in the beginning “mostly weren’t vegan,” she says. “That’s kind of been my goal throughout my whole business life. I feel like now this is kind of like my activist work, having people who wouldn’t be vegan eat vegan food.”