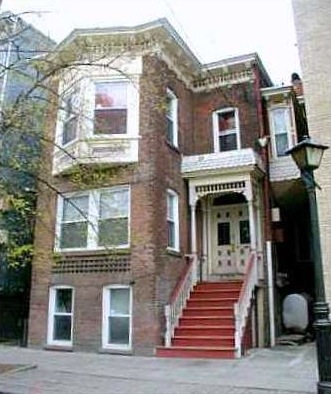 Yes, there’s a neighborhood in Newburgh called Washington Heights too. This house is worthy of consideration because of the price and location. If there is a spot in Newburgh that will turn around first, it will be Liberty Street in Washington Heights. It’s named so because of Washington’s Headquarters, which dates back to 1725 and was made the first publicly operated historic site in the country in 1850. It has been one of Newburgh’s main attractions for hundreds of years.

This home sits directly in front of Washington’s HQ and it’s in the middle of everything positive going on in Newburgh right now. It’s just doors down from Newburgh’s well known touch of Italy, Caffe Macchiato. The home is also a few doors down from the new tea shop LiberTea, Jenny’s Floral Design, Bric a Brac, and more. There is a great new brewery that will be opening up walking distance from this home called the Newburgh Brewery, which will have a restaurant upstairs. This home is also just down the street from the Wherehouse Restaurant, an Art Supply Store, the Ann Street Gallery and soon to be restored Ritz Theater.  This is ideal location of you want to own a home that will eventually be in the center of everything that is happening.

The interior could probably use quite a lot of work, hence the price. But, this home offers the opportunity for anyone who wants to be part of a great change in a transitioning city.

Find out more about living in Newburgh.