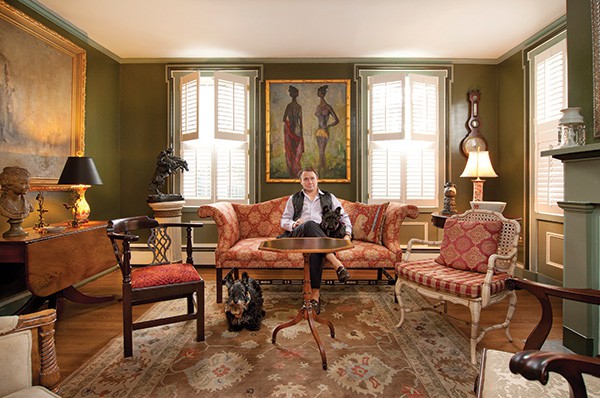 During MAC’s time with his new family, he was featured in numerous articles and features. (photography courtesy Deborah Degraffenreid for Chronogram)

The Little Fellow, was not really quiet a real fellow. Though indeed he was a handsome gentleman, with sparkling eyes, distinguished features and an undeniable air of elegance. His countenance was a bit befuddled, conservative in his reactions while suddenly confused by his current state. A distinguished gentleman of manners, decorum and a certain spring in his step who suddenly in his twilight years found himself abandoned, homeless, without security, and cast out onto his own. How could this happen, an individual of his demeanor, a loyal companion for numerous years, how did this amazingly kind soul find himself cast out searching for a home. Where was his family, or those who had embraced him in his youth? 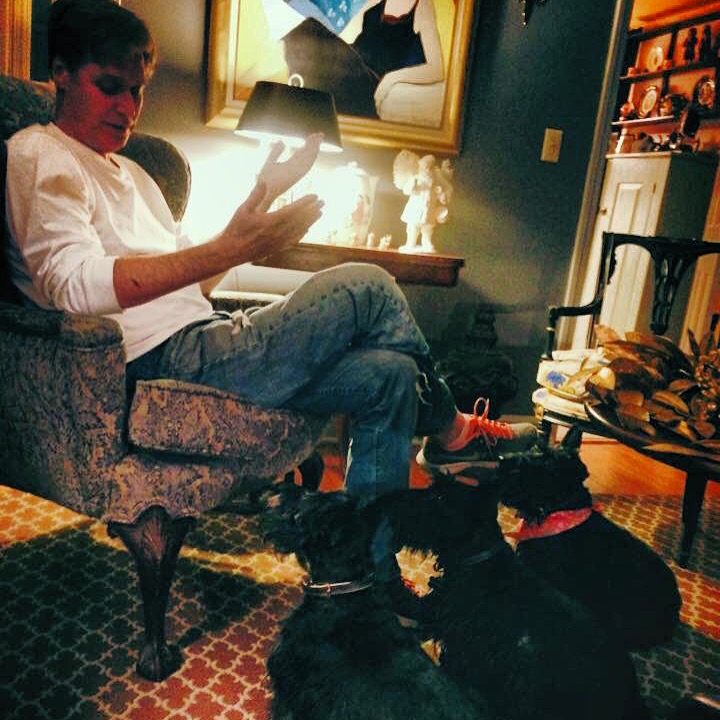 MAC, Heather Clementine and Mister Frazier, three rescue Scootties who became a family to Gary and I.

In many ways this could be the story of countless individuals lost in today’s society. Certainly the Hudson Valley is no stranger to homelessness. However, in this particular instance this is the story of a thirteen year old Scottish Terrier named MAC. As most of the Northeast prepared to batten down the hatches for the approach of Hurricane Sandy in the Autumn of 2012, Gary and I along with our seven and a half year old Scottish terrier, Heather Clementine, welcomed MAC a pedigreed homeless registered member of the West Minister Kennel Club, into our home. As the hurricane approached I thought, great here we are in an 1840’s home surrounded by antiquated trees awaiting the storm of the century with a stranger. Following a brief incident where MAC greeted me by literally bitting my nose, I thought “what in the world was I thinking when I contacted Scottie Rescue NY regarding MAC?” Months prior to MAC’s arrival I had started scanning the website of Scotty Rescue New York, in search for a companion for Heather Clementine. Ironically, Scottie Rescue has a subsidiary in the neighboring Ulster County town of Saugerteis. Truth told Gary from the onset was vehemently opposed to adopting an elderly pet. “All we are doing is setting ourselves up for heartache”, was Gary’s refrain. By now I am sure you have realized once I settle my mind upon a situation, there is no turning back. 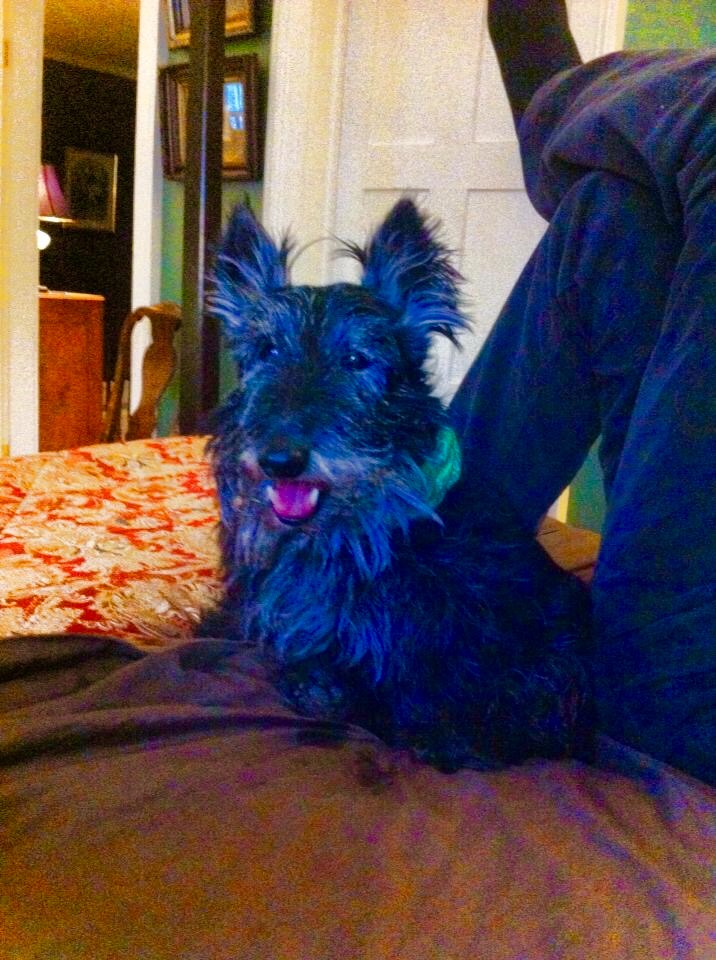 For the first six weeks MAC, enjoyed his breakfast, enjoyed his daily constitution, along with quite a few snacks, only to constantly return to the living room sofa where he patiently awaited the return of his family. As time transgressed MAC realized these two odd guys and the rather domineering Heather Clementine were his new family. Rather than boring you with tales of our collective adventures with MAC, his daily little happy dances before each walk, his tendency of cuddling so close I often thought my spine might break, and the rather unique songs he would sing each morning, I will simply say an elderly guy stepped into our lives, then within an instant each of our lives changed. Sadly, as Gary initially predicted on the first Thursday of the New Year, MAC, aged 16 ½, died. As a note Scottish Terriers as a species have a typical recognized life expectancy of 11-13 years. Mac far exceeded this expectancy and was headed down the road to the acknowledged record of 19 years for the world’s oldest living Scottie. 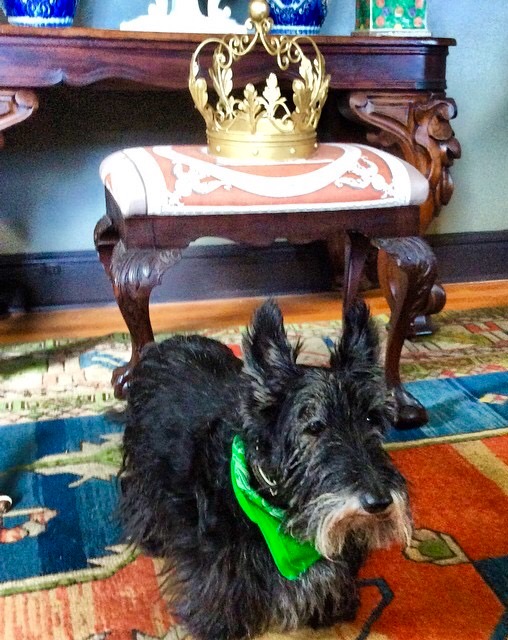 MAC celebrated his Sixteenth Birthday in 2015.

As I announced MAC’s passing on the various social media outlets, I must admit I was a bit startled by the out pouring of affection for our little guy, who had previously found himself abandoned. Over 309 on FaceBook via comments, likes or messages acknowledged MAC’s demise. On Instagram MAC’s life was celebrated by an additional 110 people and his story was shared via Instascottie to over 6,000 individuals internationally. During his life with Gary and I Mac was a recognized fixture in the numerous articles on our former Greek Revival Home. Deborah Degraffenreid, in the Chronogram’s 20th Anniversary Edition, presented MAC as a welcoming statesman in her photos accompanying Jennifer Farley’s artful feature on our home. In Linda Okeeffe’s Heart and Home Rooms That Tell Stories, little MAC via Linda’s Rizzoli publishers was mentioned to audiences in every language from French, to German, to Italian, even in China readers could see the name MAC. Not too bad really for a polite 25 pound guy, who slightly resembled a tiny Kuala Bear, that no one wanted. For a second just think here was one little guy, just one of countless elderly animals left daily without a home. If you expand this thought to humans just think how many marvelous souls there are that slip through the cracks of humanity daily, simply because their parameters were suddenly transformed. 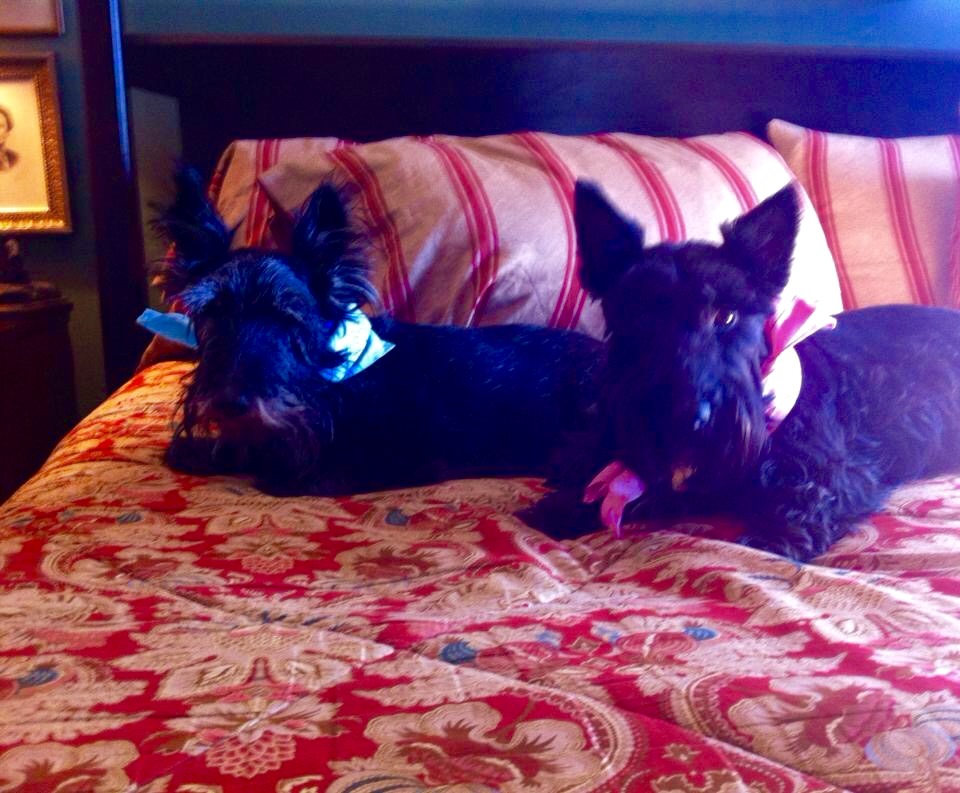 Heather Clementine and MAC devolved a close bond during their and a half years together.

In the animal world of rescues and shelters elderly pets are the least desired. Everyone loves a puppy or kitten, however those in their advanced years are often left rejected. Pets often loved, in their declining years are left wondering “what happened to my family?” Whether through death, change of circumstance or a move these once faithful creatures find themselves thrown asunder with no recourse, defenseless creatures forced to simply hope for the best. The next time you happen across or hear the tale of an elderly pet recently displaced, I hope you will think of our MAC. A little guy no one wanted who filled our lives with love, who literally reached an international audience in his last years. Yes, in the end an elderly pet’s life is short, and they may even have underlying health issues. It’s often doubtful they will be chasing balls or catching frisbees but their hearts are still trusting and loving. As we arranged for MAC’s cremation on the seventh day of January, Gary remarked, “though I did not want to adopt MAC, I would not trade our time together for anything, he was a gift to our lives.”