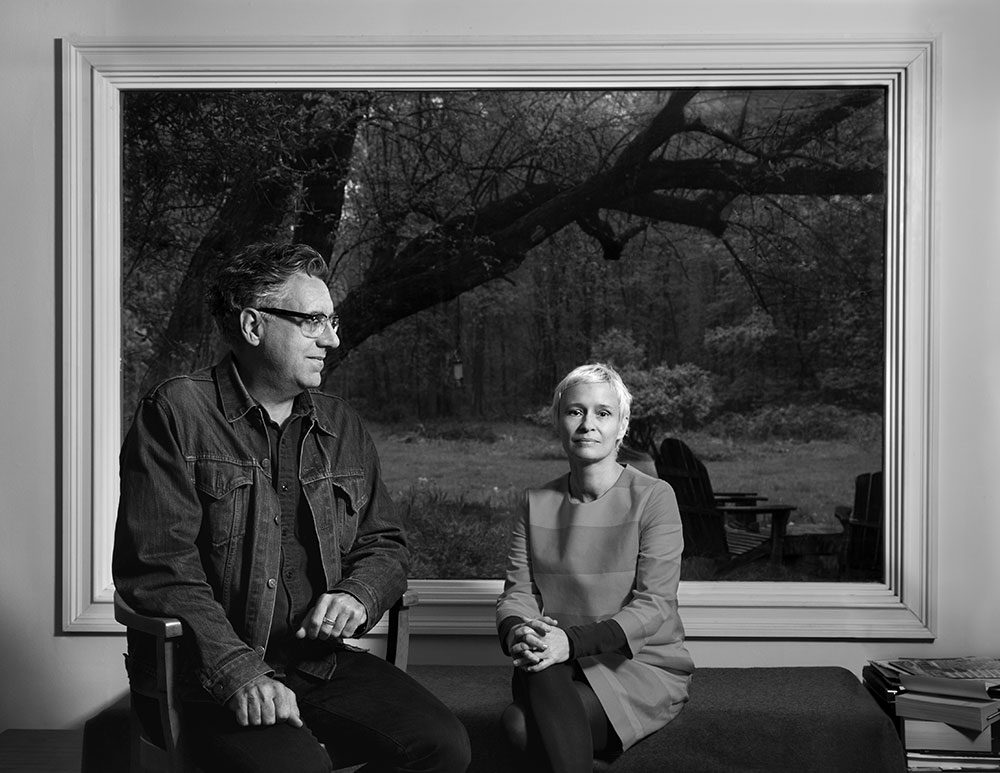 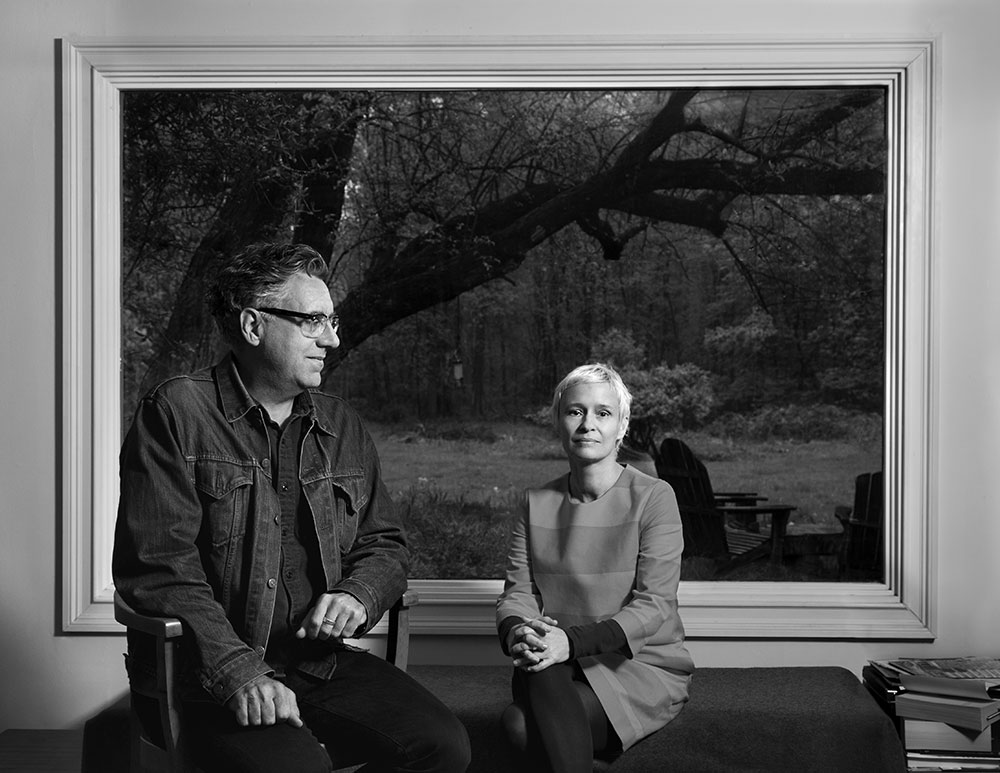 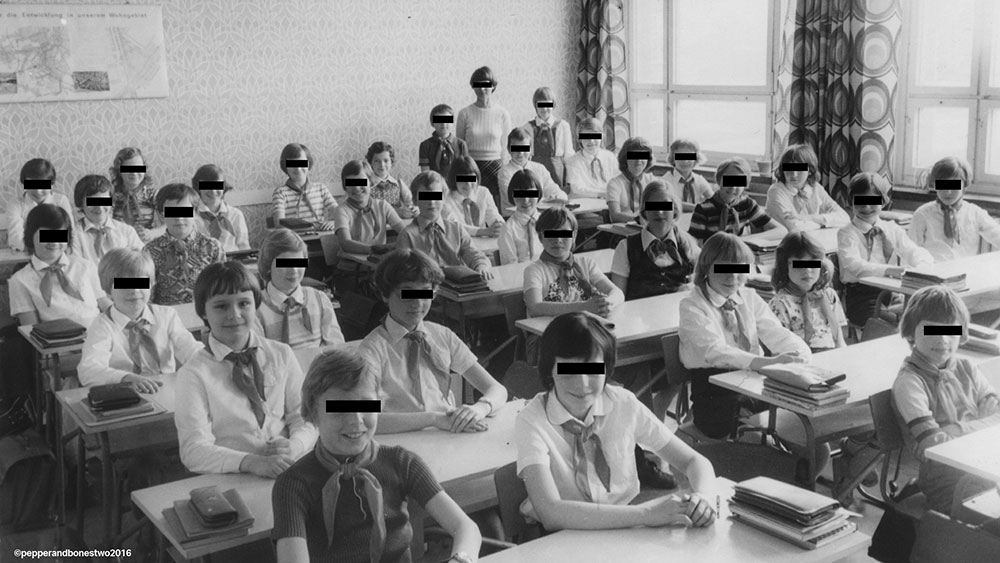 In 2012, when filmmakers Petra Epperlein and Michael Tucker began making Karl Marx City, they could never have predicted just how eerily relevant the film would be when it debuted in the fall of 2016.

The husband-and-wife team began work on their documentary, which examines life in East Germany under the totalitarian community rule of the Stasi secret police before the fall of the Berlin Wall, back in the days of President Obama’s re-election. They never imagined that by the time the film appeared, American democracy would be endangered by the authoritarian-leaning President Trump, who would look to discredit all media other than Breitbart News and Fox News, attempt to ban immigration from majority Muslim countries, fire acting Attorney General Sally Yates for not supporting that ban, and later fire FBI Director James Comey, reportedly for not dropping an investigation into the Trump campaign’s ties to Russia. Nor could Epperlein and Tucker foresee that in the months following Karl Marx City’s release, our own surveillance culture would have advanced to the point that a woman would be convicted of charges of disorderly and disruptive conduct and parading or demonstrating on Capitol grounds simply for laughing—almost inaudibly—at a statement made by Attorney General Jeff Sessions at his confirmation hearing; a veteran journalist from the Guardian would be arrested for asking questions, too persistently, of Secretary of Health and Human Services Tom Price; or that the Federal Communications Commission would actually consider penalizing Stephen Colbert for a joke that insulted the president. 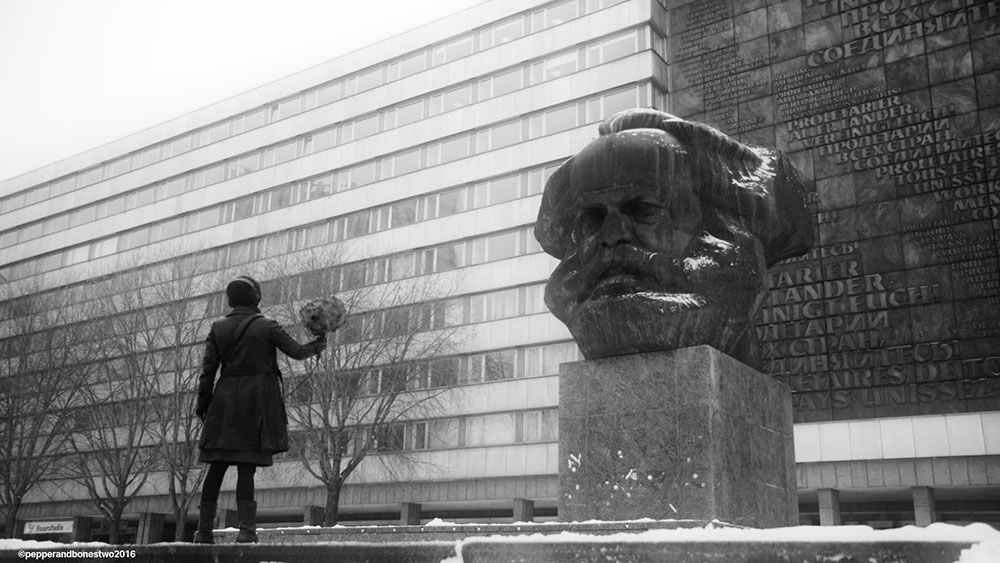 When Epperlein and Tucker first approached the Stasi Archives in Berlin, they had two objectives in mind. The first was to shed light on life under the Stasi before the collapse of the East German bloc, or German Democratic Republic. “There are so many young people born after 1989 who know nothing about it, or the Cold War,” says Tucker.

“Also, at the time, people were comparing the National Security Administration to the Stasi all the time,” Epperlein says, “and that’s just not correct. The Stasi was a tool in a totalitarian system, and the NSA is a part of our democratic society.”

The second objective was to tell the story of the Stasi’s rule through an investigation into the suicide of Epperlein’s father in 1999, 10 years after the Berlin Wall came down.

Three anonymous letters sent in the early 1990s to her father’s employer—a West German specialty book distribution company, where he served as the managing director for East German operations—claiming he was a Stasi informant. Epperlein wondered, could this possibly be true? And if so, was that why he killed himself? She found it hard to believe that the man she had known and loved had been an informant, but since her father destroyed all of his papers before hanging himself in his yard, she had little to go on. And he hadn’t left a suicide note. So Epperlein’s only hope for insight was to get hold of her father’s file in the Stasi Archives.

It took the Stasi Archives three years to grant her wish. “Getting access to the Stasi Archives is a very lengthy process,” Epperlein says. “It’s very highly regulated. There are laws about what you can and can’t see. You can’t just randomly walk in there and look for stuff.”

In the meantime, she and Tucker got to work, interviewing a wide range of subjects, from Epperlein’s mother and twin brothers to former Stasi agents and an expert on suicide—who tells them that contrary to what we see in movies and on television, most people who commit suicide don’t leave notes.

“Some people said we were crazy to start making the film before we went into the archives, or knew the outcome of our request,” Epperlein recalls. “But we decided that the process of finding out the truth should be part of the film.”

The film follows Epperlein around Berlin and her hometown, Chemnitz, which was known during the Cold War as Karl Marx City. She interviews people, collects sound with a large microphone, and, in the Stasi Archives, sorts through piles of documents and formerly shredded photographs that have been pieced back together. 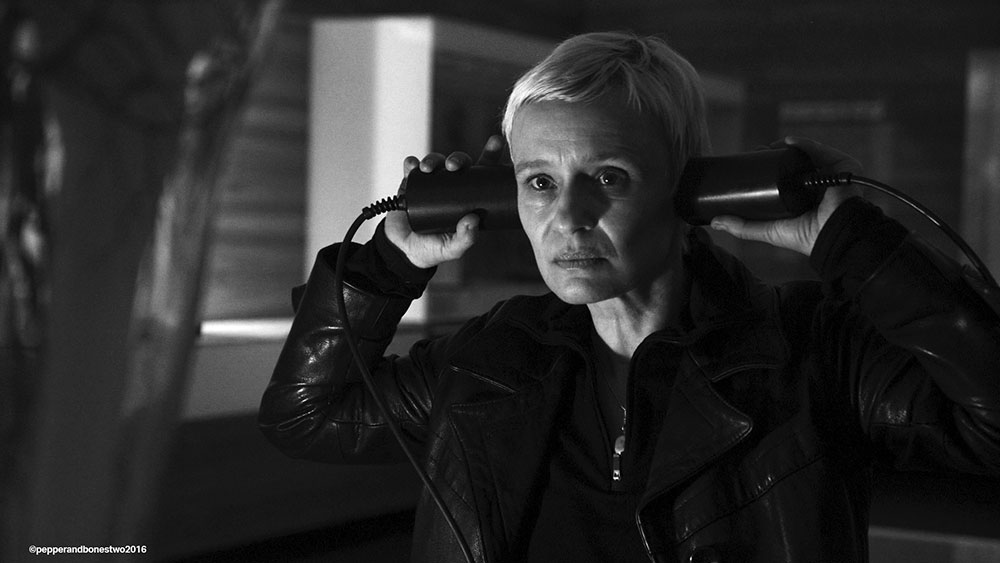 All of this is narrated, not by Epperlein herself, but by her and Tucker’s 21-year-old daughter, Mathilda, who was then attending Bard College and living with her parents, who split their time between Rhinebeck and Berlin. Mathilda tells her mother’s story in the third person—an unusual choice.

“It’s the first time we ever used narration,” Epperlein says. She and Tucker have made several other documentaries together, without voiceover narration, since they met in 1994. “We needed it this time to get more information across,” she explains, “but we didn’t want the voice to be mine, because it’s already a personal film, and it was not just meant to be about me. It was more about this time. I wanted to tell the story of the East, not my own story. I’m a private person by nature. So, to create some distance, we needed the voice of a third party. There’s also a sort of nice poetry to three generations of family involved in a film together.”

Ten years before making the film, Epperlein had tried her hand at telling the story in a graphic novel. “I’m trained as an architect,” she says. “I just love drawing. It’s fun. But it didn’t really come together that way. Maybe now I can finish it.”

Tucker comes to the film’s subject matter from his own interesting personal angle. “I grew up with sort of the American equivalent of the Stasi,” he says. “My father was a military intelligence officer. He was part of the Army Security Agency. So surveillance seemed normal to me.”

Regardless of what’s been happening since the 45th President of the United States took office, and despite Epperlein and Tucker making a film that seems to tell a cautionary tale, the filmmakers remain optimistic that things here can’t get as bad as they were under the Stasi. In fact, during Q&A sessions on the film festival circuit, they’ve been surprised by viewers comparing the Stasi with what’s happening in the US now.

“We had a screening in Tacoma, Washington, where an audience member insisted something like that can happen here,” Epperlein says. “I usually respond by saying that we live in a democratic society. East Germany was an oppressive totalitarian communist system. There are big differences.”

Still, the couple cautions against complacency. “Democracy isn’t to be taken for granted,” Epperlein says. “It’s not something that will automatically exist all the time. We have to take part, have to participate, have to make sure it doesn’t get out of control. If we don’t participate and stand up for democracy, it can disappear.”

But even within our democracy—before, during, and after the Trump election—there has existed a surveillance state. In fact, says Tucker, there are ways in which we might be making ourselves vulnerable within it. “We’re on social media. We’re on our phones. We’re leaving all these digital breadcrumbs, and they are all evidence,” he says. “You could joke to a friend that you want to kill the president, and it could be used against you: ‘Well, you certainly said you wanted to kill the president.’”

“This is why I’m not on Facebook,” Epperlein adds. “What if Mark Zuckerberg decides to turn against us?”

In the end, despite the filmmakers’ exhaustive research, they weren’t able to collect enough empirical evidence to vindicate Epperlein’s father, proving he wasn’t a Stasi informant. But still, they’re fairly sure he wasn’t.

“After talking with family members and outsiders, and doing our research, we could rule out certain facts,” Epperlein says. “It gave us some closure. It established that he was a good guy, and we can live with the fact that we will never know for sure, or why he killed himself. But it seems as if he didn’t commit suicide because he was hiding something from us.”