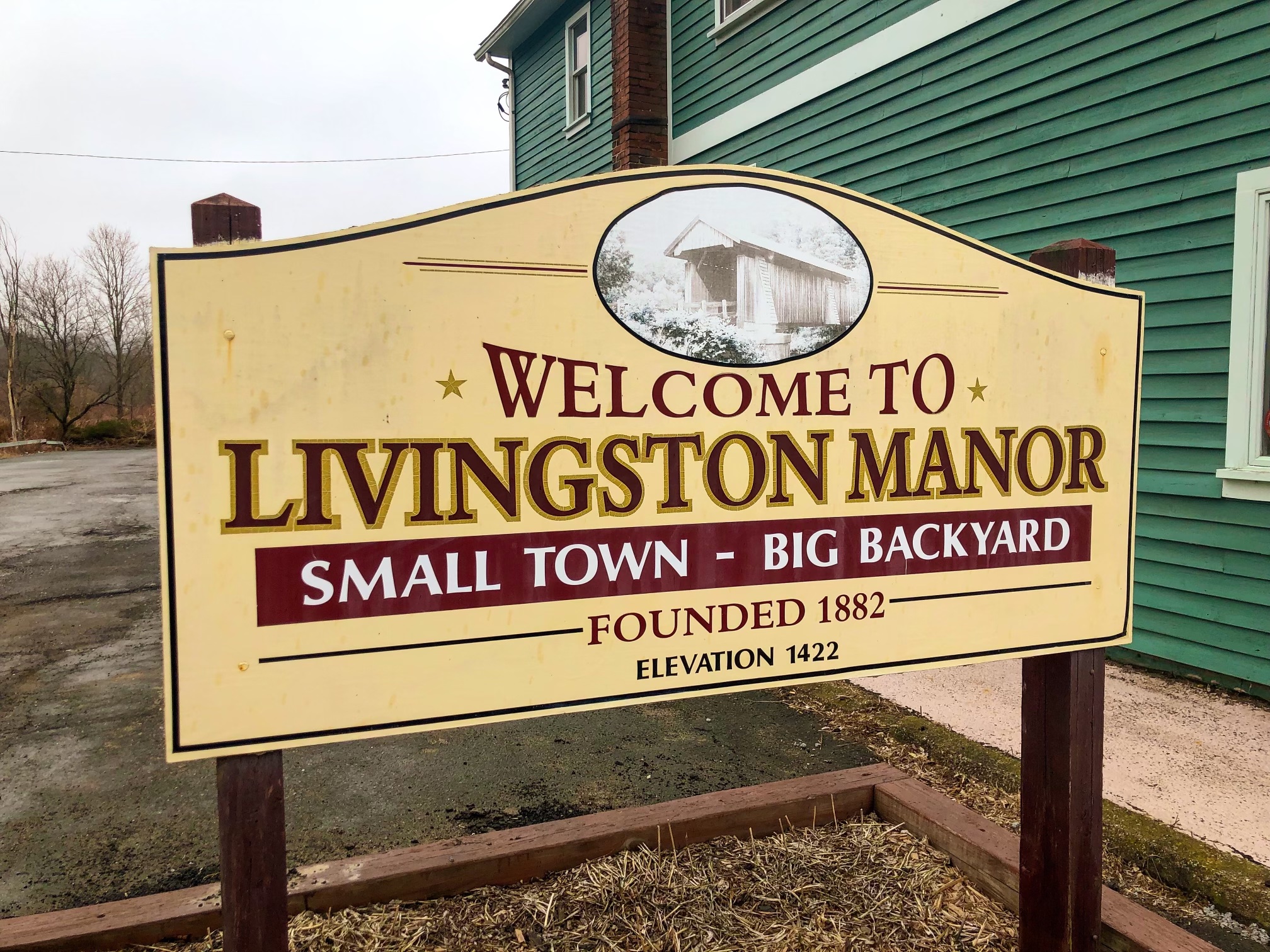 T.S. Eliot clearly never went to the Catskills. Here, April is not the cruelest month, it’s the start of trout season. As the birthplace of American fly-fishing, there’s no better place to be on April 1st than wading into the spot in the village of Livingston Manor where the Willowemoc Creek, Cattail Brook, and Little Beaver Kill all meet and casting that first line of the season.

Now that you’ve gotten that out of the way, get the hell out of the water, it’s freezing. Trout don’t tend to feed until the water temperature gets above 40 degrees. While it’s not unheard of to still reel one in on opening day, it’s more about the ritual of the first cast, the promise of spring, and checking in with your fishing buddies after a long, cold winter. 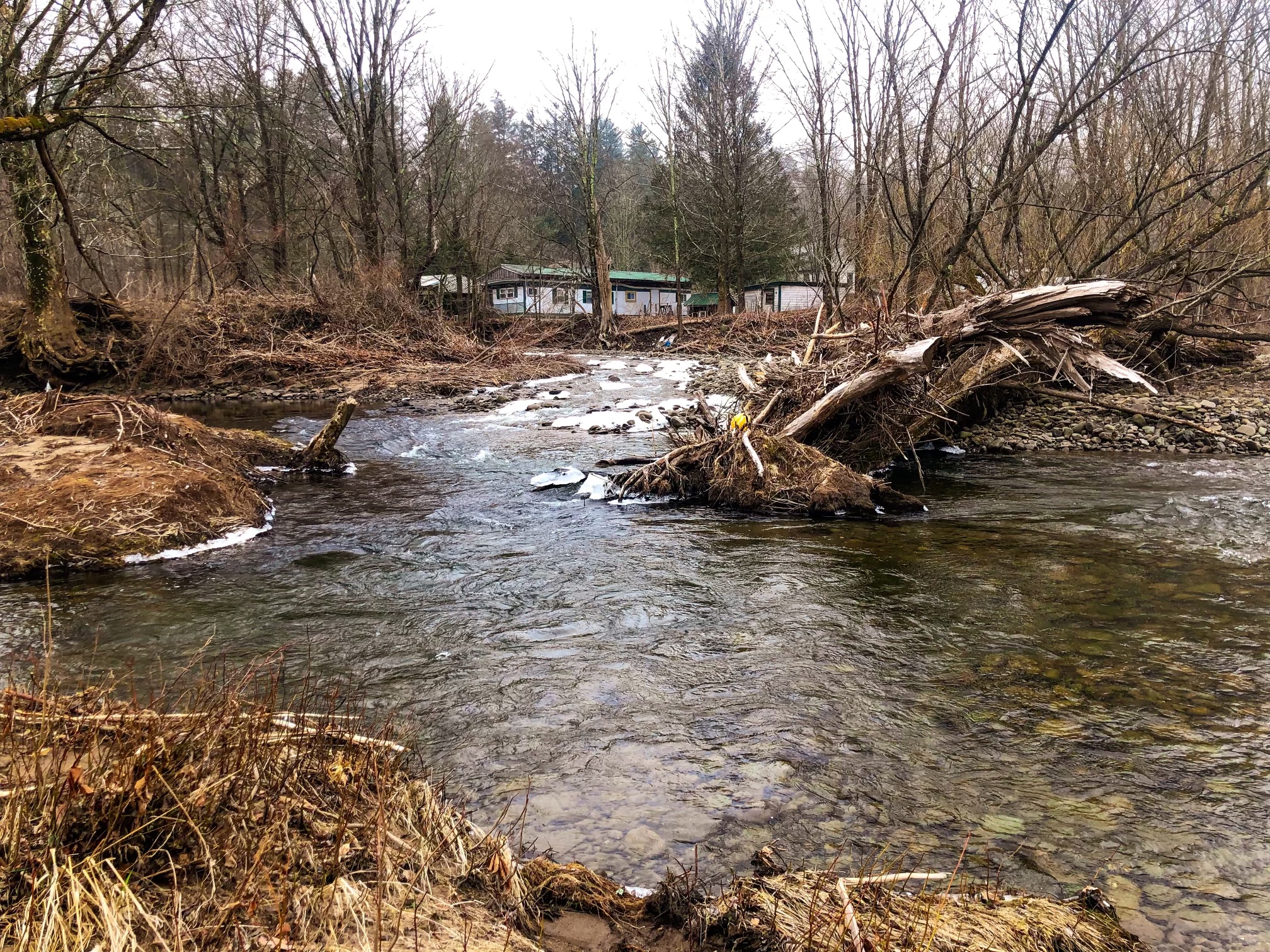 And, of course, new gear. Change out of your waders and wander into Dette Flies, right across the street from the Willowemoc, open since 1928, making it the oldest family-run fly shop in the world. Here you can load up on nets, rods, flies, and a copy of Joan Wulff’s Fly Casting Techniques. If you don’t know who Joan Wulff is, maybe your fishing problems don’t stem from a lack of technique, but a lack of history. Head up creek to the outskirts of the village for the Catskill Fly Fishing Center and Museum, sitting on 55 bucolic, trout-laden acres.

Fly fishing remains an important touchstone in this village where change has been a constant throughout its history. (It wasn’t even called Livingston Manor until 1882, it was known as Purvis before that.) Cory Dame, who lived here for 40 years before moving to nearby Liberty, recalls the ebb and flow of life along Main Street: Periods when the street was full of businesses, but no sidewalks or street lights. Periods when new sidewalks and street lights were installed, but then Main Street emptied out. Now the village has street lights, sidewalks, and new businesses filling up Main Street, but not Dame, who moved away to nearby Liberty five years ago. When she comes back to town, she notices a lot of new faces and places, but says that the character of the Livingston Manor remains. 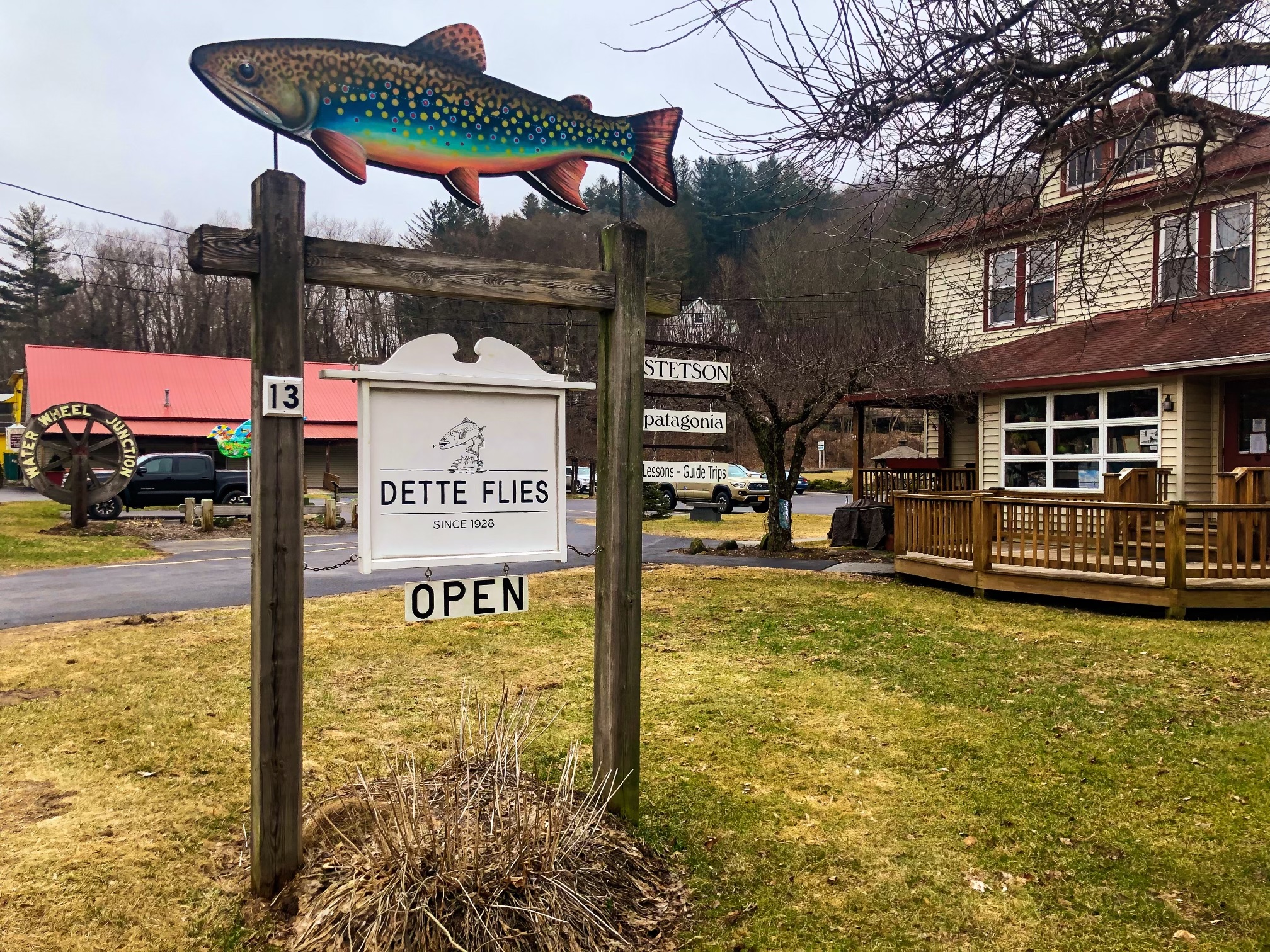 “It’s a ‘if your neighbor is in trouble, you help them out’ kind of character,” she says. “People embrace each other because they know that everyone’s going to go through the same challenges that everyone else has gone through. Especially with the flooding. It floods often. Even if you aren’t on the same side politically as someone, you put your waders on and get everybody back up and running because it’s what Livingston Manor does.”

It’s the kind of town where, when the local news source dries up, people come together and create their own newspaper. You can pick up a free copy of Manor Ink, a monthly newspaper written by local high school students, at almost every business in town. The paper not only serves as the fabric of the community, it teaches students a whole new set of skills they wouldn’t normally learn in school while showing them how easy it can be to make a tangible difference in your town. 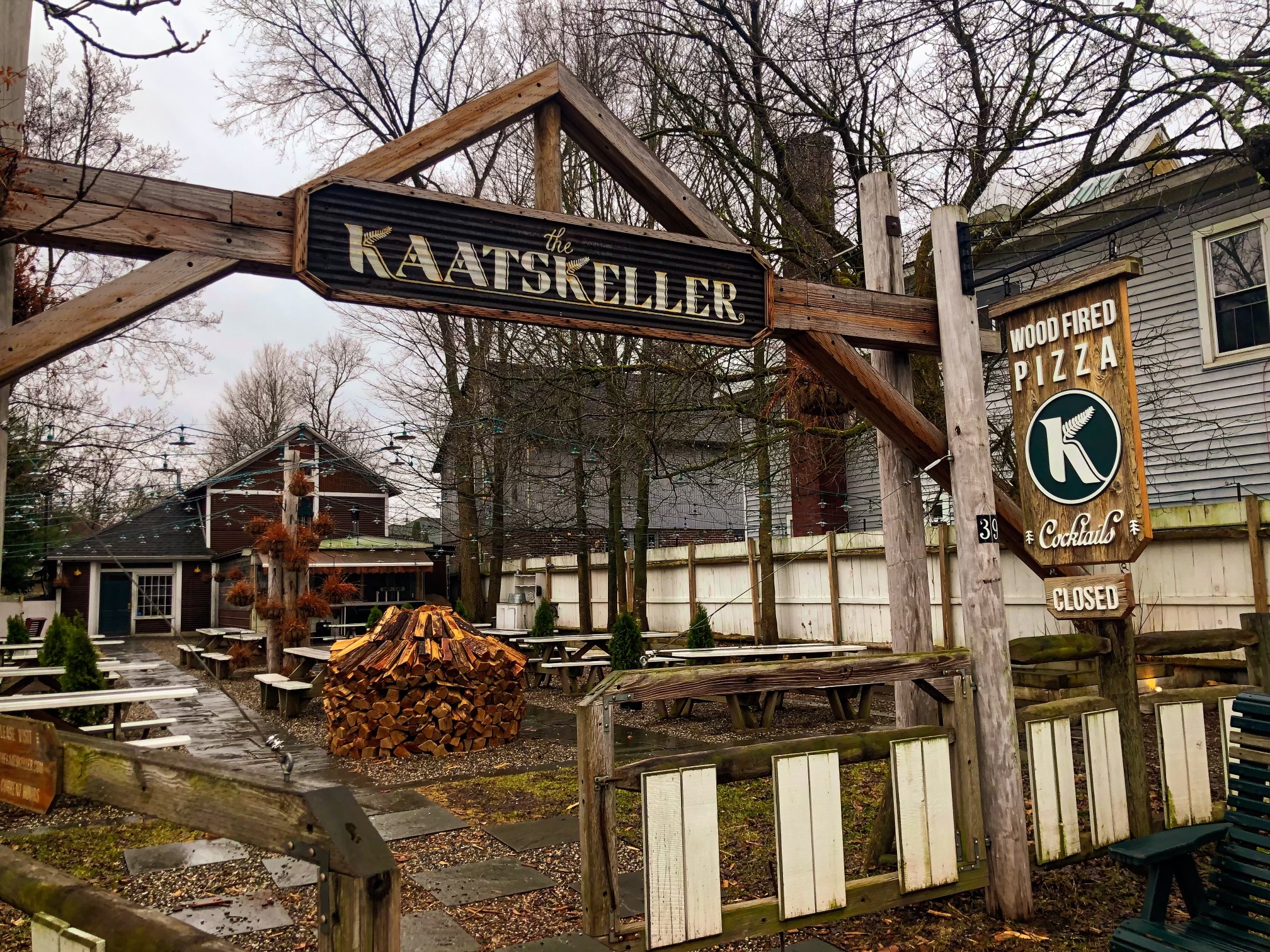 So Main Street may be chockablock with new businesses (although, in addition to Dette Flies, longtime residents can take comfort in the continued presence of the Robin Hood Diner, Peck’s Market, and Chinatown Kitchen,) but the newcomers are taking care to keep the town’s neighborly attitude alive. Take, for example, the Haven Market, a nonprofit organic kitchen and market opened by the Kovalyov family. When the family realized that if they were having trouble finding affordable, healthy food, other people were probably also having the same problem, they opened a market to help combat local food insecurity. All the produce is sold at-cost, and grocery items are sold at a discount (those who can afford to pay full-price are encouraged to do so in order to offset the costs of those who can’t.) There’s also a wall of $5 gift cards for the taking by the register for those who need a little extra help making ends meet.

Any village would be thrilled to have a place like Haven Market, a store that sells local produce and products while also offering great sandwiches and take away meals. Livingston Manor is blessed with two such places now; There’s also Main Street Farm which offers a truly impressive selection of local beers, including those from Livingston Manor’s two—yes, two!—craft breweries: Catskill Brewery and Upward Brewing Company. A porch out back overlooks the Willowemoc, for those who prefer to watch others fish rather than do it themselves. And if watching anglers pull trout out of the creek makes you hungry, Main Street Farm also sells fresh local trout for those who want a taste of the Catskill’s most iconic fish without getting their feet wet. 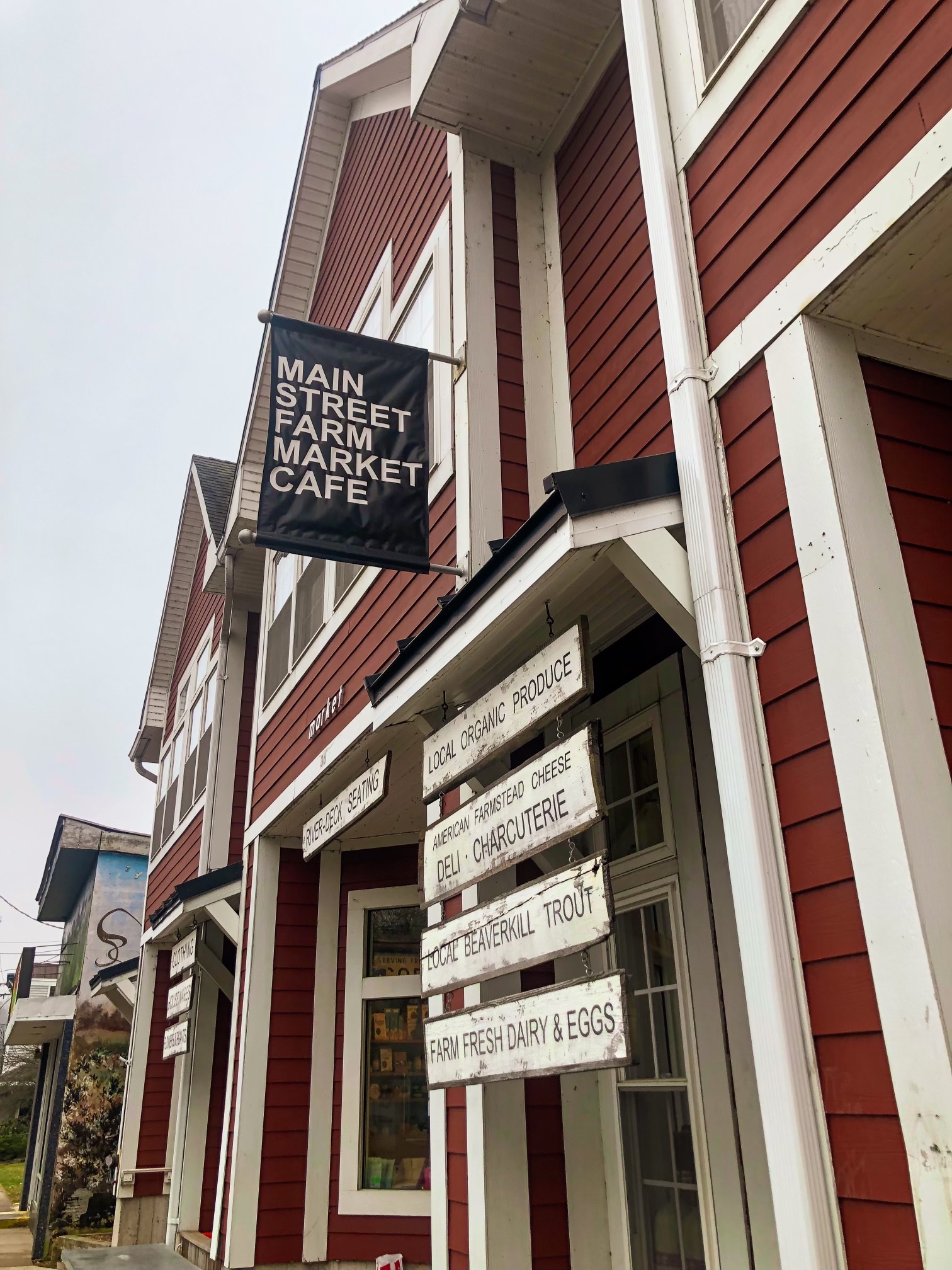 There’s no pizza at Main Street Farm. For that, one will have to take a long and arduous journey all the way across the street to the Kaatskeller, where you can enjoy wood-fired in the restaurants’ ample outside patio. Those who prefer the kind of meat that runs or flies rather than swims can find good options in town as well: Van Smokey is a meat shop that also makes their own jerky, and locals have another reason to rejoice on April 1st besides trout season. That’s also opening day at beloved, seasonal barbecue spot The Smoke Joint.

It’s a stacked lineup for such a small town, but if you’re only here for one day, you could very happily spend the entire time on the corner of Main and Pleasant Street. Here you’ll find The Walk-In, a breakfast cafe with wraparound windows, strong coffee, and astoundingly good biscuits. If you get bored, you can wander across the street to The Neon Croissant, a bakery run by the same staff featuring a wide selection of fresh breads and baked goods. The cookies are impressive, but don’t sleep on those brownies: I grabbed one to-go as an afterthought. Later, driving home, I fished it out of the bag, absent-mindedly took a bite, and was so overwhelmed by the explosive rich taste that I almost drove off of the road. 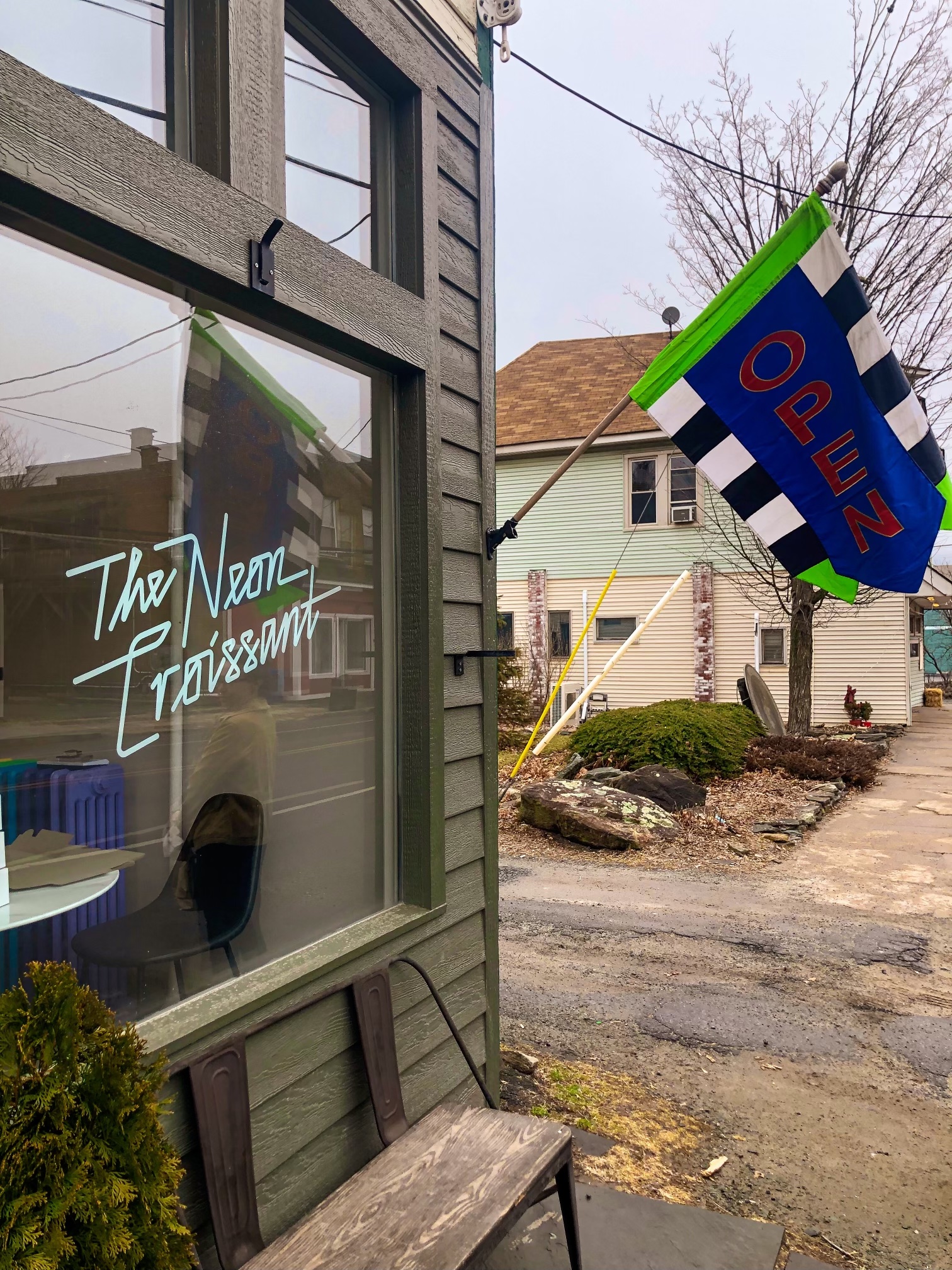 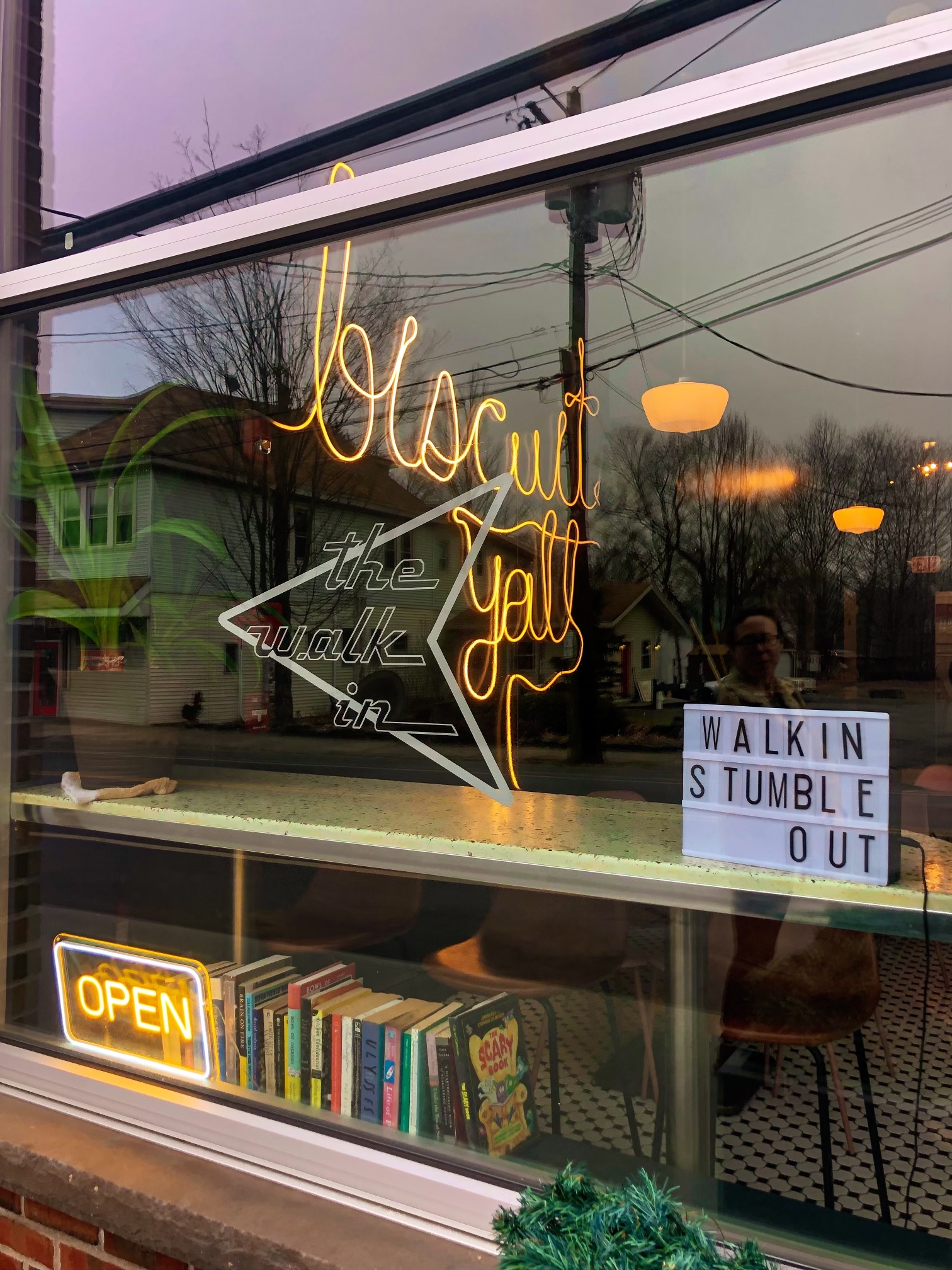 So don’t drive when you’re eating one. Instead, stick around inside the bakery and wait. The Walk-In closes at 4pm, but an hour later it reopens as The Stumble Out: a bar and cocktail lounge that also serves dinner. Have a few drinks to end your day in Livingston Manor but don’t have too many. You’ll want to get up early the next morning or all the good fishing spots in town will be taken.

If you need a spot to crash, the Foster Supply hospitality group has two of their flagship farm-to-table accommodations nearby: The DeBruce, a 14-room country inn that sits on 600 acres, and, a short drive away on Shandelee Mountain, the 15-room Arnold House siting on 80 acres. With rolling hills, streams, planned group activities, and onsite restaurants dishing up ever-changing locally sourced and foraged menus that have earned acclaim, you might find it hard to leave either spot.

Still, all of Livingston Manor awaits. There are streams to be forged and beers to be glugged. You probably should just plan on multiple trips. 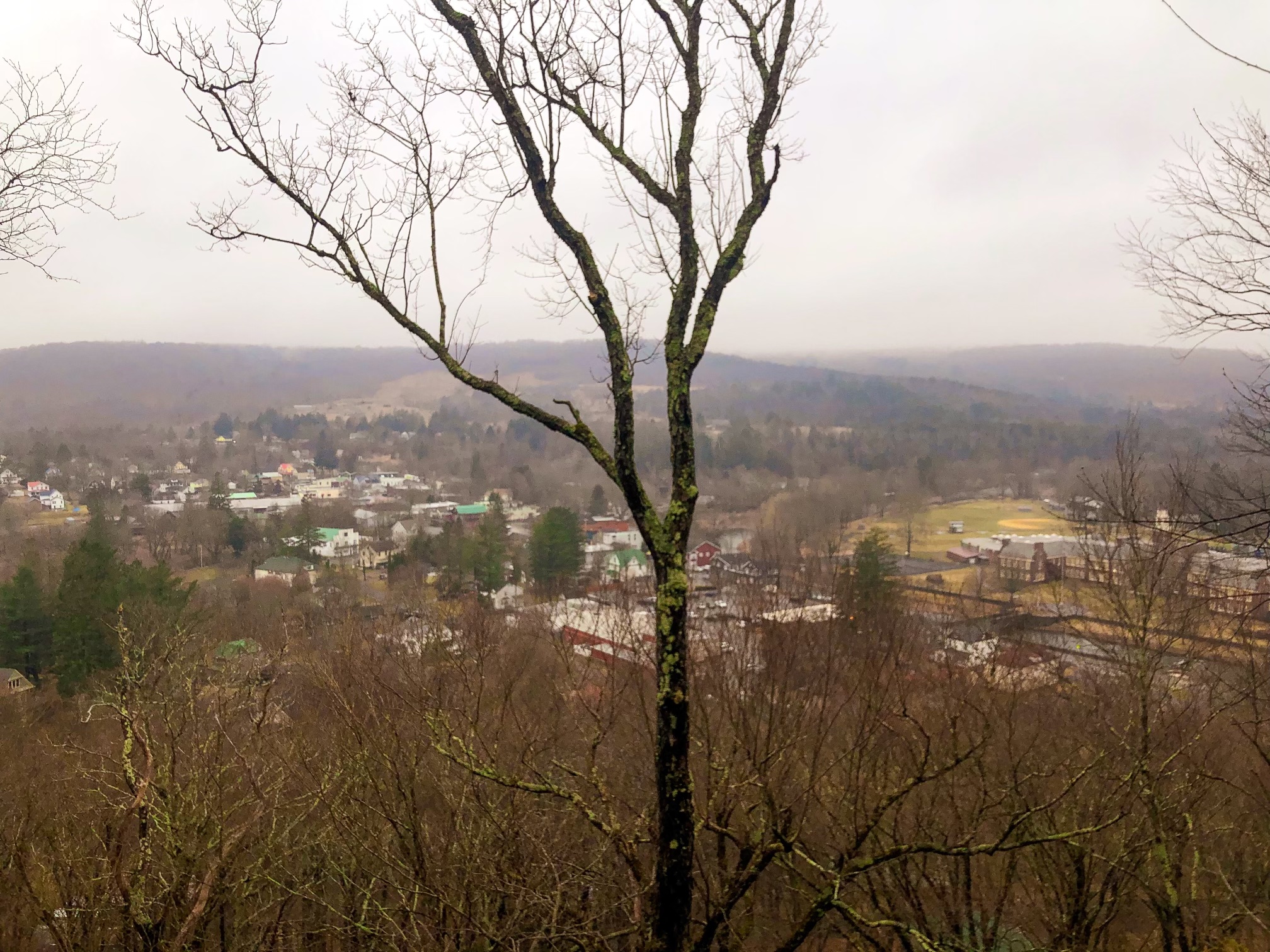 View of the town from the top of Round Top