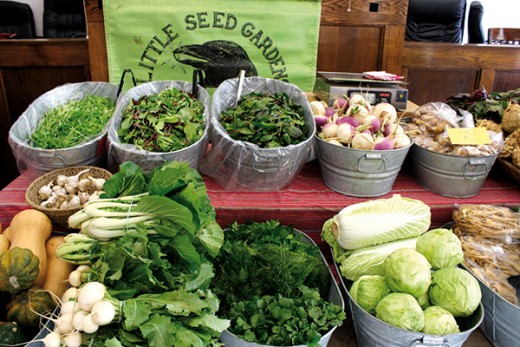 As a chef, one the best parts about living in the Hudson Valley is having access to the range and diversity of local produce. The region has historically been one of the nation’s epicenters of agriculture, and it’s so great to see local farmers restoring that legacy. Although it can be challenging as a restaurateur to rely on the whims of production and availability, being able to use better ingredients and develop relationships in the community reaps its rewards.

One of the challenges Hudson Valley farmers face is that the growing season is relatively short compared to other parts of the world (California, for instance). Long winters like the one we just had further impact the region and create ripples far down the line. At Terrapin, for instance, I’ve had to push back the release of the Spring menu to coincide with the growing season, because on March 21st we had almost a foot of snow on the ground. Finally, however, the ground has been thawing out and I’m excited to start taking advantage of what the valley has to offer. There are several crops in particular I look forward to. 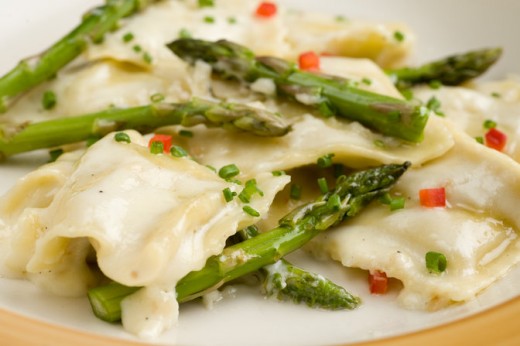 The first, as I’ve mentioned in the past, is ramps. Ramps are easily forage-able and impart a range of delicious and subtle flavors. The second crop I can’t wait to use is asparagus. Asparagus grows relatively quickly and should be on farm stands locally in the coming weeks. We use both ramps and asparagus to make an amazing soup for our Spring menu at Terrapin. The trick for a smooth and creamy soup is to run the vegetables through a loose sieve after you’ve pureed them, to remove some of the fibrous texture that asparagus can impart. Rather than add cream, I use olive oil to keep the soup from getting too heavy, as well as to satisfy the vegan or health-conscious among us.

Other ingredients that should soon be ripe for harvest are certain squashes, small radishes – and if we’re lucky – some morel mushrooms. In some years morels are fairly common, in others they can be harder to find. Of course we’re hoping for plenty. Pea shoots will soon start sprouting too, and are a flavorful addition in a light, fresh salad. 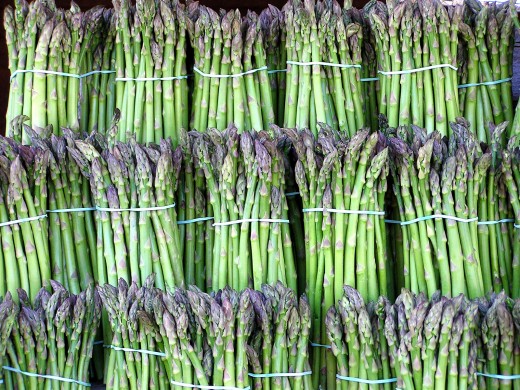 The benefits of sourcing these ingredients locally are substantial. Many have incredibly short shelf-lives once they’re harvested, so having them at hand ensures the best flavors. Although the season for tomatoes isn’t for another several months, they serve as a great parable to outline the benefits of buying locally. It takes time to process and ship them from faraway places, so to ensure that they look fresh in the super market they are often picked when they’re under-ripe. Many varieties have been bred for better shipment at the expense of taste, and many of us are familiar with the flavorless varieties we often find at bigger stores. These issues plague other produce as well, and buying locally helps us sidestep the issue entirely. Not to mention, buying locally helps reduce our carbon footprint, and it’s great to be able to develop relationships with local farmers and the community.

Chef Josh Kroner has been a driving force behind the farm to table movement in the Hudson Valley since he opened Terrapin in 1998. As executive Chef/Owner of Terrapin Restaurant, voted Best Restaurant in Dutchess County in 2013 & 2014, he continues to please Hudson Valley diners with his New American cooking, blending aspects of French, Southwestern and Asian cuisines, and local, organic ingredients. He currently serves as a board member for Hudson Valley Restaurant Week and was awarded the 2014 Victoria A. Simons Locavore Award.