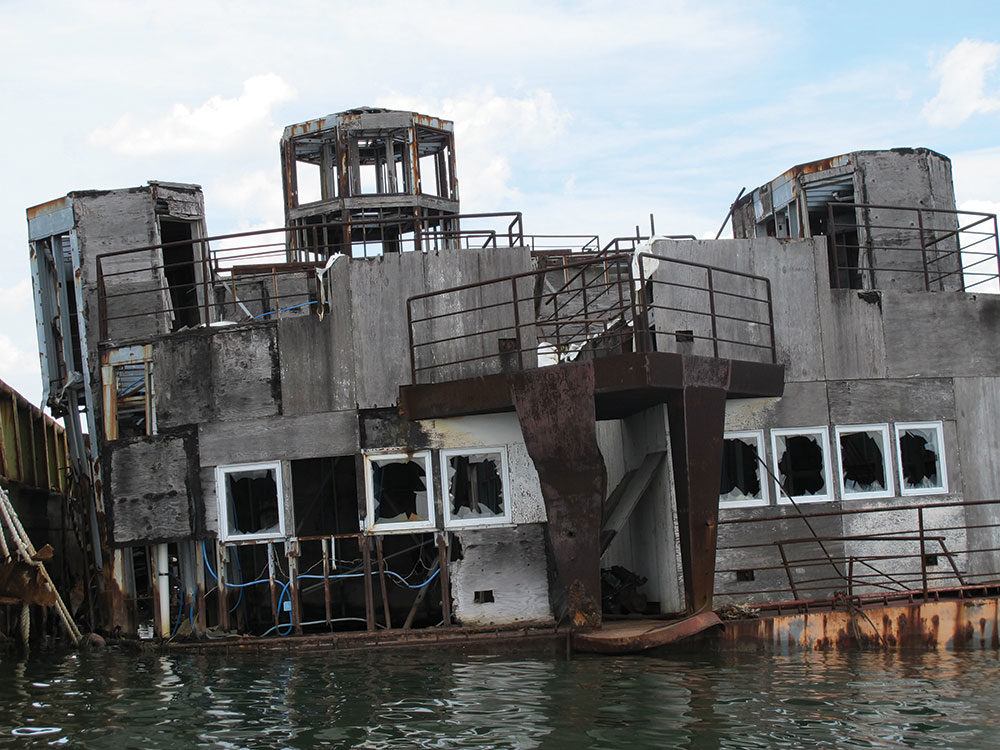 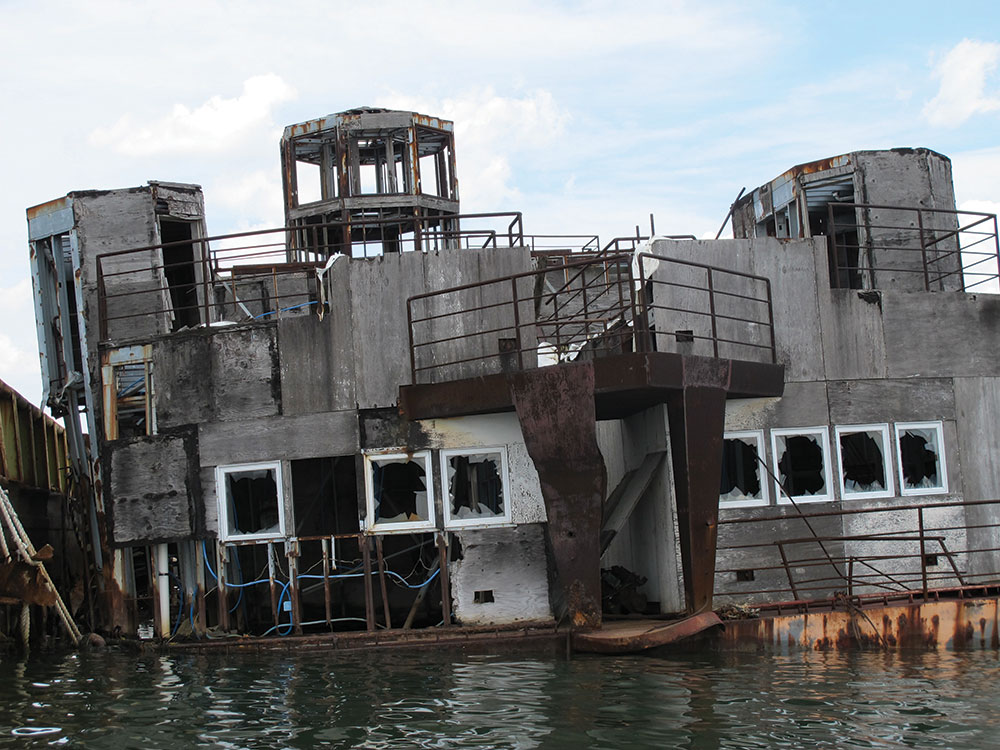 In 2009, after graduating from Sarah Lawrence’s MFA program, three New York City writers and friends— Nicki Pombier Berger, Nicole Haroutunian, and Helen Georgas—were casting about for ideas on what to do next, when Berger found an intriguing item in the May issue of New York Magazine. An article by Chris Bonanos listed objects that had been discovered underwater in New York City.

“Some of the objects were expected (shipwrecks, dead bodies), but some were really evocative and specific: a dinette table sitting upright as if waiting to be set, a grand piano, a fleet of Good Humor ice cream trucks,” recalls Georgas. Berger suggested that they imagine and write the stories behind some of the objects and hold a reading at the end of the summer. “But as we began to approach more friends—writers, artists, musicians—the interest in the idea began to build,” Georgas says. The website Underwater New York was launched that summer with a party aboard the Frying Pan, a formerly sunken lightship now stationed at Chelsea Piers.

Today the website features objects and phenomena “from waterways in all of New York City’s boroughs, with an occasional upstate or Long Island entry,” says Haroutunian, including many Hudson River items like “two shipwrecks on top of each other, blue crabs, raw sewage, the changing currents.” The scope of projects inspired by and published on the website is both wide and deep: Commuting artist Maxine Henryson’s photographic series, Hudson Everyday, views the changing riverscape through train windows; poet Devin Kelly and writer David Hollander (himself an upstater) both tackled the locomotive and coal car that plummeted from the raised Peekskill drawbridge in 1865; photographer Adrian Kinloch and poet Matthea Harvey each created works inspired by a small plastic toy dubbed “Kangamouse” found at Dead Horse Bay. A birdcage found in the Gowanus Canal inspired artist Alexis Neider to build a delicate golden birdcage that was subsequently floated in Marie Lorenz’s Flow Pool, a body of water constructed inside a Manhattan art space.

As a digital literary and art journal, Underwater New York is attracting national media attention to both its growing list of waterway-inspired writings and artworks and the waterways themselves. Most recently, the website’s coeditors contributed a foreword to artist Elizabeth Albert’s book Silent Beaches, Untold Stories: New York City’s Forgotten Waterfront, in which they write of the myriad waterways comprising “another landscape entirely, every bit as gritty and urgent, as lonely and cluttered, as deadly, singular, and Siren as the city itself.”