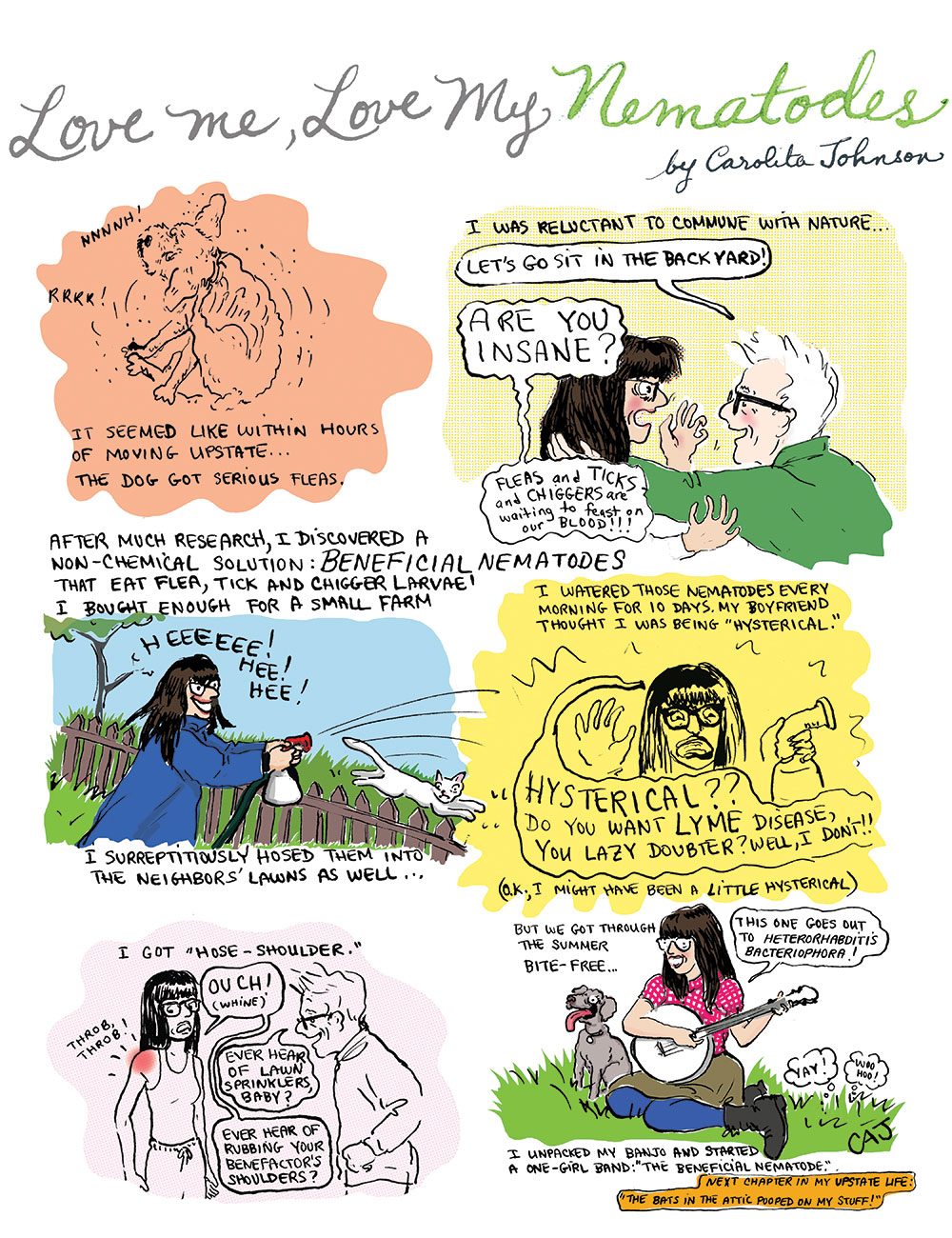 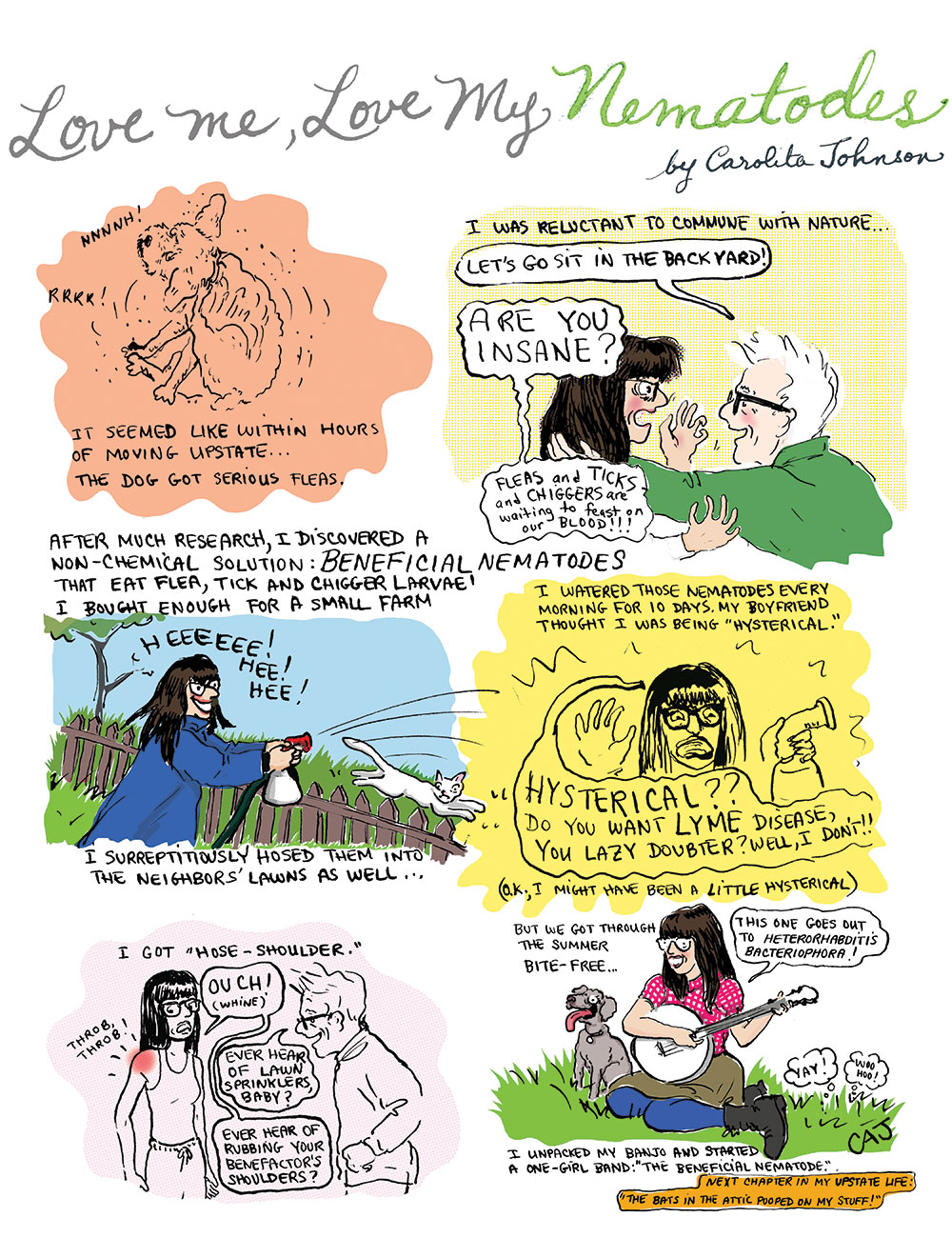 Carolita Johnson, a Parson's School of Design BFA, grew up in New York, spent 12-ish years in Paris, France, where she got her masters in Modern Letters and Linguistics, then researched early nuns in Medieval Anthropology before moving back to New York to become a regular contributor of cartoons to The New Yorker from 2003 to the present. She is also an onstage storyteller, an illustrator and writer, with self-illustrated essays published at TheHairpin.com, Scratch, Cosmo, and The Toast. "Oscarina..." is a personal webcomic in which she expresses thoughts and feelings that no one solicits. Her "Women's Dollar" Oscarina image was shared more than 36,000 times online recently on Facebook. Carolita is also working on a book, a memoir in essays, under the working title "Happily Often After." Photo by Michael Crawford.