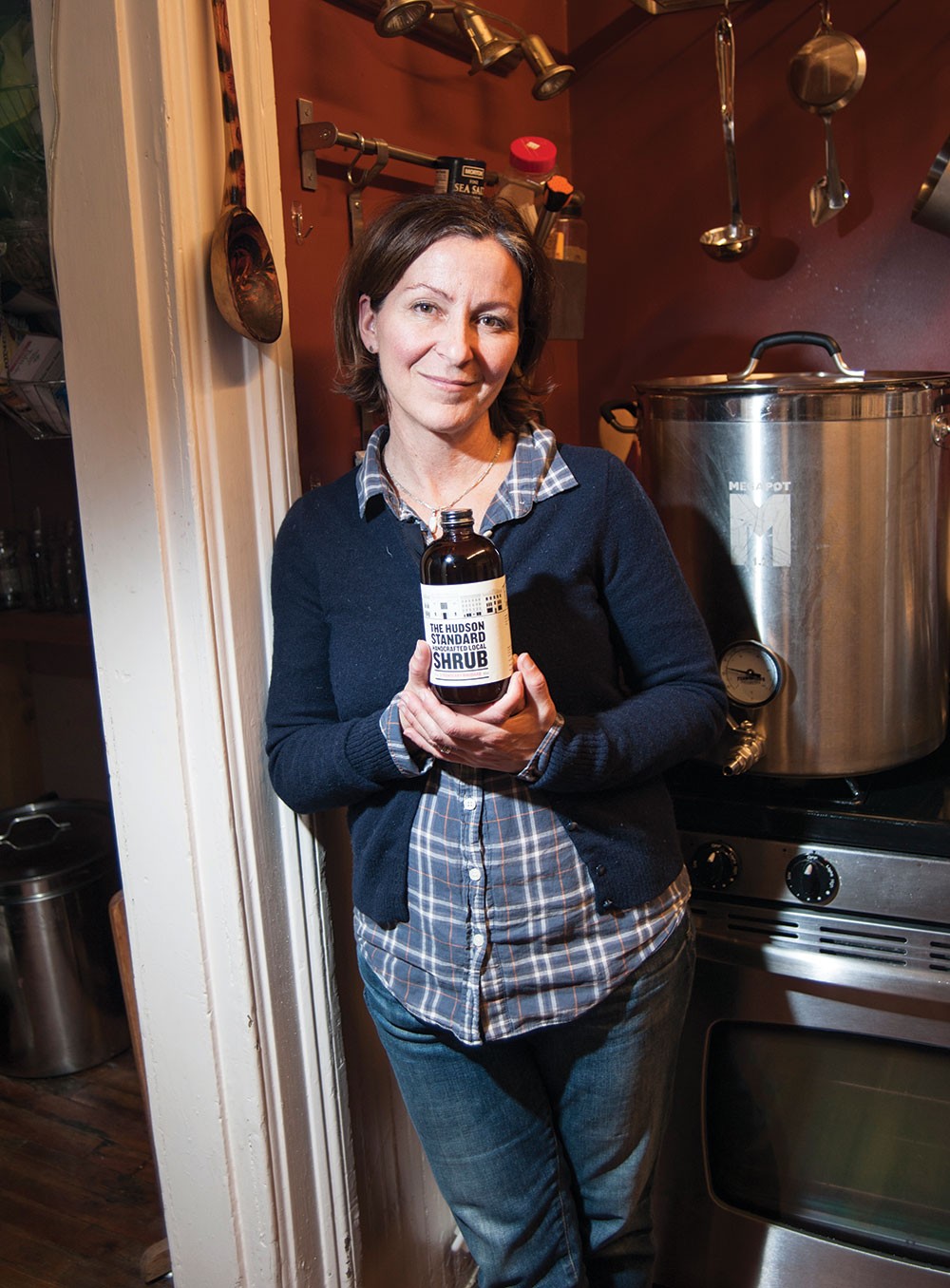 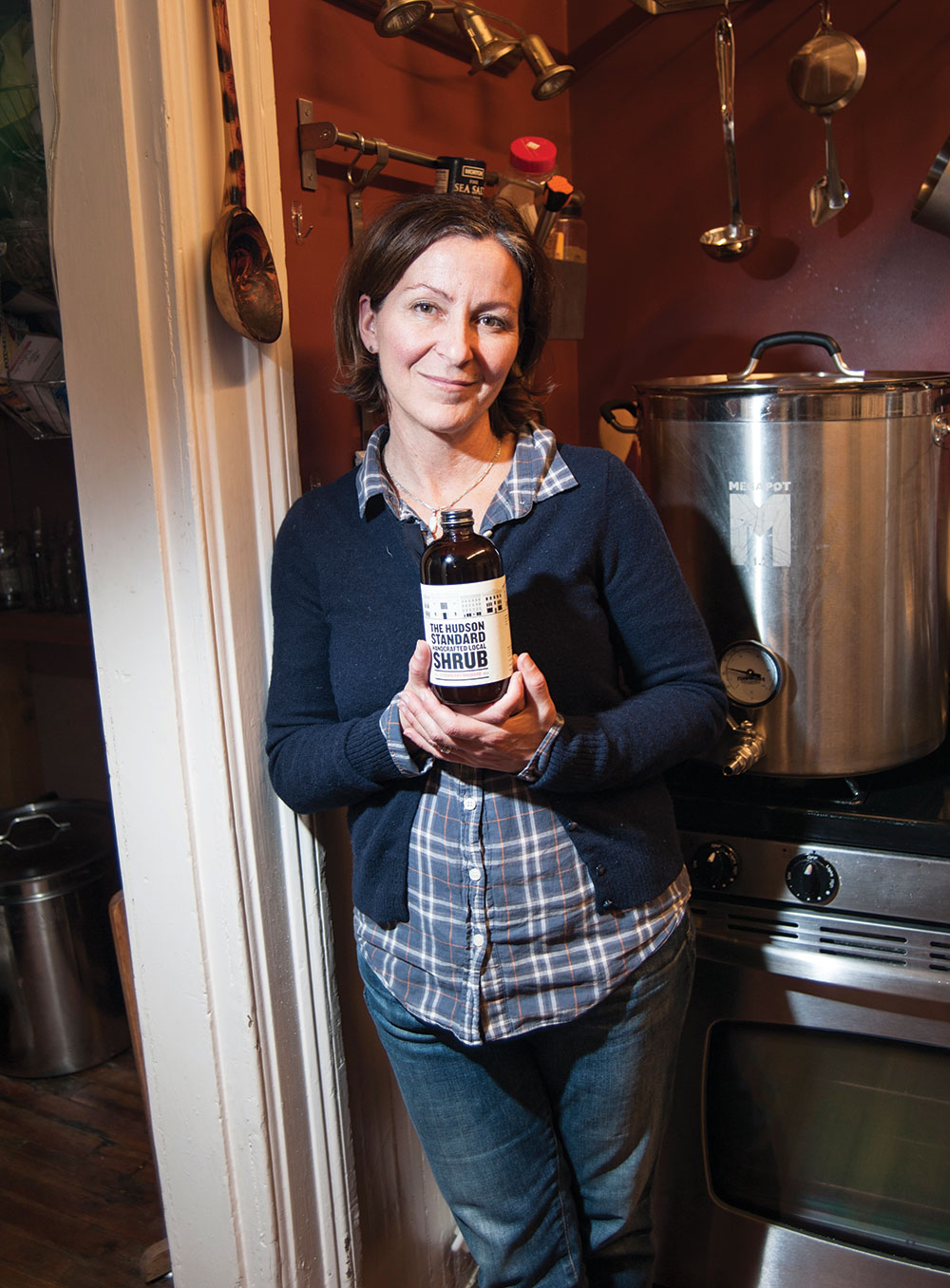 When Marianne Courville and her husband, Michael Albin, became parents in Brooklyn in 2002, they found the clean, open spaces upstate beckoning irresistibly. “We had a kid and didn’t want to live in the city, not least because it’s too expensive,” she says. “We had already gotten a little house up in Chatham, and we found we just never wanted to go back [to New York]. We knew we were meant to be up here, even though we really had no idea what we’d do with ourselves for work. We just took the plunge and then figured out what to do after. It always felt right.”

That’s not to say there was no adjustment involved. “At the same time, we’d find ourselves going to Hudson a lot, to get that city feel: ‘Let’s go to the Red Dot … it’s kinda like Brooklyn.’”

Over the course of the next few years, Courville weaned herself away from her city gig as a curator for photographer, art collector, and philanthropist Henry Buhl. “When we first moved, I was commuting full-time with a kid. I loved my job—I mean, we created an exhibit at the Guggenheim,” she recalls. “I knew I wouldn’t find anything like that upstate, but the commute was brutal. I started gradually commuting less: four days a week, three, two.” (Buhl undoubtedly missed her. “[Marianne] knew much more than I did,” he told Sotheby’s magazine in 2012. “She was the one doing the legwork. … She was very instrumental in honing my taste.”)

Determined to find a creative role upstate, Courville and Albin bought a Warren Street building. In 2004, they opened Hudson Wine Merchants on the first floor and the Marianne Courville Gallery on the third floor. “We just got this idea,” Courville says, “that we wanted to do a wine shop / gallery / tasting bar as a combination, but you can’t do all of those in the same space for legal reasons. So we opened the wine shop on the ground floor and the gallery and tasting bar on the third, and lived on the second floor.” (The gallery has since been renamed the Third Floor, and functions mostly as an events space.)

After four years of city life in miniature, the family needed more room and moved 10 miles outside town. But when Courville found herself diving into yet a third business, the Warren Street building’s second floor became kitchen and office space for The Hudson Standard. Having become aware of the West Coast handmade bitters trend, Courville decided that bitters and shrubs—handcrafted cocktail ingredients—were a Hudson Valley natural. “I’ve witnessed the growth of the New York beverage boom firsthand through Hudson Wine Merchants,” she says, “and I got really excited to complement it with our mixers and bitters, which puts us in direct contact with local farms as sources for our ingredients.”

Courville is no longer wondering what to do with herself upstate: seven-day workweeks are the rule. To recharge her batteries, though, she’s glad to have open spaces close at hand. “I love long hikes and walks with Percy, our rescue dog,” she says. “It definitely feels like we’re right where we’re supposed to be.”