Ed. Note: Vote for your historic home to win a $500 gift certificate to Marlene Weber’s Day Spa! We’ve extended the contest for another whole TWO WEEKS!!! So vote for your chance to win.

My love for beauty began when I was four and got a Saucy Walker doll that didn’t walk for Christmas. (Mom loved shopping the Bloomingdales Bargain Basement!) In an attempt to explain the defective doll, Mom told me Saucy had polio and required a wheelchair, “the poor girl.” (This was the late 1950s, when polio was prevalent). The only chair Mom could find was a beauty shop hairdryer chair that actually blew air!! Equipped with brush, comb, and curlers, I found my life calling, and Saucy never looked better!

At eleven, I threatened to quit school if I couldn’t go to beauty school (I don’t recommend threatening your parents, kids); after all, Saucy was bald by then. I became a licensed hairstylist at sixteen, then went to Chiropractic College two years later, as the holistic revolution was on the horizon. I did everyone’s hair at school, even Uncle Tanoose, the 74-year-old cadaver we used in Human Dissection class.

Armed with an understanding of the physical workings of the human body and a love of the business of beauty, I opened one of the first day spas in New York in 1976. We offered fitness classes and beauty services such as hairstyling, skin care, massage, nail care, and makeup. In 1983 I expanded to add a fitness center and then offered prenatal yoga, Lamaze, aerobic and meditation classes, and a juice bar.

In the late 1980s, I began a monthly education series for our guests called “Information Network,” in which local physicians of both eastern and western training would offer the latest and greatest ways to look and feel better naturally and beyond.

Information Network led to a television show on local cable that appeared in more than 100,000 homes three nights a week. “Feeling Good with Marlene Weber” was a lifestyle show about health, wellness, and beauty in the Hudson Valley that aired for three years and won two awards.

Have scissors, will travel 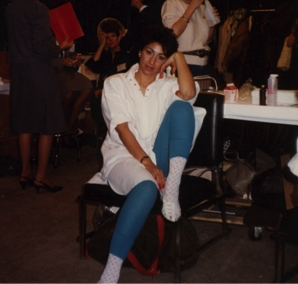 I then traveled as a platform artist, teaching what I knew about haircutting and coloring for Clairol, L’Oreal, and eventually Aveda. Platform work led to photo work for magazines like Cosmopolitan, Glamour, Vogue, American Hairdresser, Hairstyle, Hairdo, and Modern Salon. I became the resident stylist for all of Betmar Hat’s photo shoots (I did the hairdos under the hats), which was fun until the hat went out of fashion. Then I worked for Ogilvie Tussy as the resident stylist for their perm boxes, to show how a perm would look if you used their product (not!).

These shoots took me to the lofts of many talented photographers in New York City, who taught me how to groom hair and apply makeup for the camera. That led to film and television work and interviews including appearances on Good Morning America and as a stylist and makeup artist on the film set at the Osmond Studios in Provo, Utah. I worked with cool people like Lorne Green, Tony Franciosa, Esme Marshall, Stan Getz, and Diana Schurr—some of the top TV and movie stars at the time.

Here I am at Bloomies again 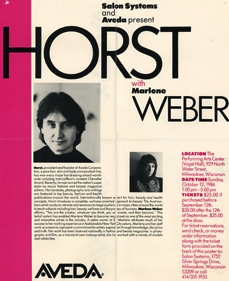 Eventually, the lure of making it in New York City landed me a job as a manager/stylist in the Bloomingdales 8th floor salon (here I am at Bloomies again, 9 floors up from where my career was born). That salon is where the elite meet to cheat the ravages of age with a celebrity line-up of staff to care for a celebrity clientele. I stayed long enough to spend my paycheck in its entirety every Friday before the escalator hit the 3rd floor and to get a glimpse into the corporate world of beauty. There I learned the art of the 10-minute makeup application: how to do it and how to sell it, too.

From there, I had a two year stint at the trendy French salon Yves Claude Hair on Madison Avenue where I honed my guest service skills and built a clientele in New York City. I worked with mostly men and learned timeless color skills from my friends Michael and Vivian. 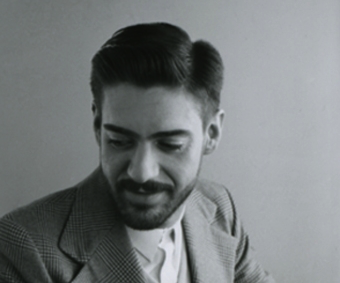 During the late 1970s and into the mid-1980s, a hairdressers’ educational revolution was exploding, and I was a part of it. It was a time when hairdressing was brought to a professional level both in our craft and the business of beauty. I am grateful to have been mentored by the trendsetters of the time, Paul Mitchell (of Paul Mitchell products fame) trained me to take smaller sections, to think outside of the box of hair; Robert Pearson (my mentor, a meticulous stylist who cut hair in three-piece English-cut suits and owned the Bloomingdales Salons) taught me about music and conversation and urged me to never let a woman leave your chair with hair on her face or neck—Robert had undeniably the highest standards a mentor can have; Stan Place, makeup artist extraordinaire, taught me everything about makeup for men and women; Maurice Tidy, the English stylist from Raymond and Nasser, who cut with rounded shears for a soft look and trained me to always lift the elbow so as to avoid sharp edges resulting in uneven regrowth and ungraceful grow outs.

I’ve been blessed to have worked with and learned from these men. They have inspired me to continue to mentor, always, to be inspired by art, fashion and world politics.

I later was named in a book called The Complete Book of Haircare, Hairstyles and Hairstylists, written by Linda Fine, published by Vance and endorsed by Vidal Sassoon himself! The subject of my appearance was how there were so few woman stylists who were household names and had college educations as compared to male hairdressers. I was one of four woman mentioned.