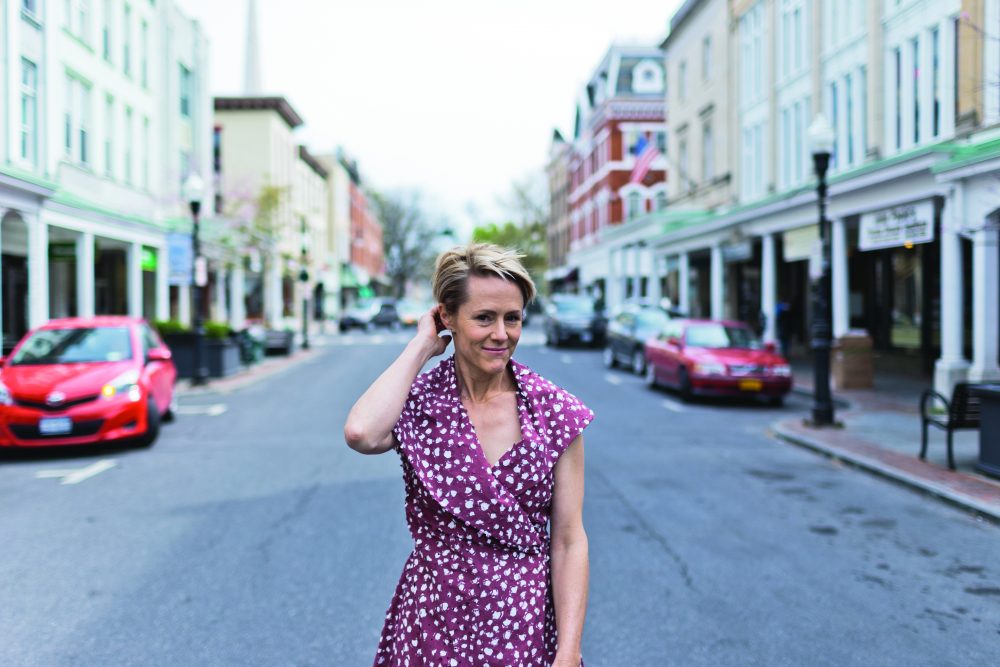 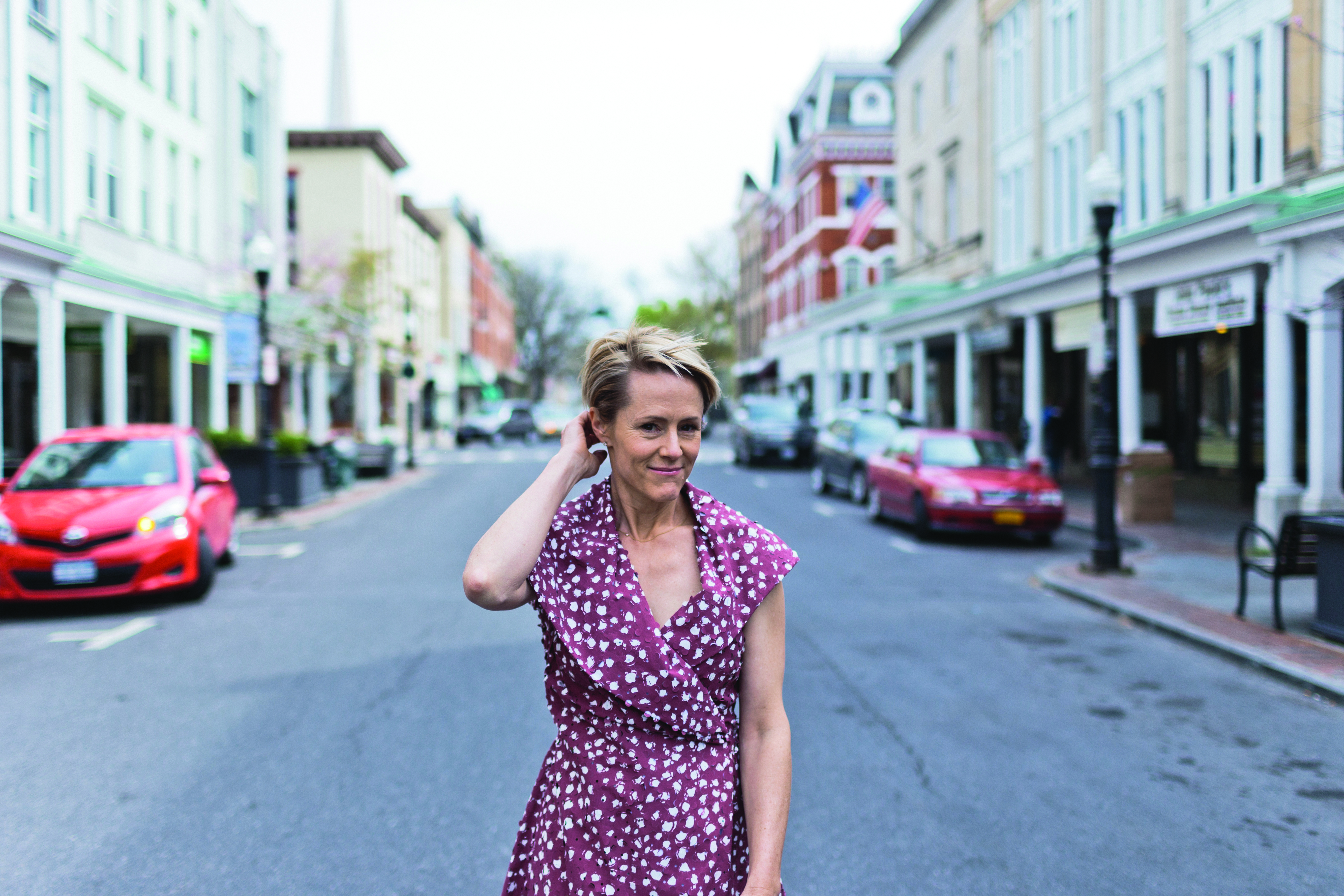 Mary Stuart Masterson is a talker. Get her going on one of her many passions, and she’ll talk your ear clean off. Bring up the four kids she had within three and a half years, for instance—three boys and a girl, including a set of twins—even though she didn’t deliver the first of them until she was 43. “It was an insane couple of years,” she’ll tell you. Or ask about the new place she and her husband, actor Jeremy Davidson, hope to move to soon, up by Bard College, where they’ll retrofit the house to be “passive,” meaning it consumes almost no energy by conserving heat and coolness with special glass, insulation, and roofing materials. Perhaps mention her attempt to grow all her family’s own food and live off the grid. “We know that we have a lot of children,” she’ll say, “so we’re trying to live with as light a footprint as we can.” But then dialogue has been Masterson’s trade for some four decades.

In 1975, when she was eight, she made her film debut in the original version of The Stepford Wives. After that, she had a successful career on the big screen, TV, and the stage. She starred in Some Kind of Wonderful and Fried Green Tomatoes. She’d lived in New York City all her life, but when she and Davidson, whom she had met in a production of Cat on a Hot Tin Roof, quite unexpectedly had all of those children tumbling into their lives, they sold their places in Brooklyn and Sullivan County and moved to the Red Hook area.

But none of that is what Masterson really wants to talk about it. She’d much rather talk about Stockade Works. Well, actually, no, she’d rather talk about Story Horse first. When she and Davidson realized how much culture there is in the Hudson Valley, and how long the commute to the city is, they decided they’d rather work locally. So they set up the Story Horse documentary theater. They find local people with interesting stories, record them, and then create on-stage performances, which play at Bard and the Brooklyn Academy of Music. “We’ve met fascinating people up here,” Masterson says. “I’m the most boring person I’ve met compared to these people.”

Story Horse was the precursor to Stockade Works, Masterson’s ambitious Kingston-based production studio and trade school, which is now in development. Her start-up aims to attract movies and TV shows to the area with its facilities while simultaneously retraining locals for production work, in order to create jobs. The Hudson Valley, she argues, is “perfect in every way for TV production” because of its location and the bounty of creatives who already live here. So she has lobbied local government to make the same tax credits available to film productions in other counties and has worked with unions to include their labor.

For her first project, they will film the process of setting up their new house and garden in the most sustainable way possible. “It’s always a balancing act between extreme, absolute values and living in the real world,” she says. “I’m going to do a show about finding that balance and how you actually do it. Because I’m not Martha Stewart—I’m Mary Stuart.”