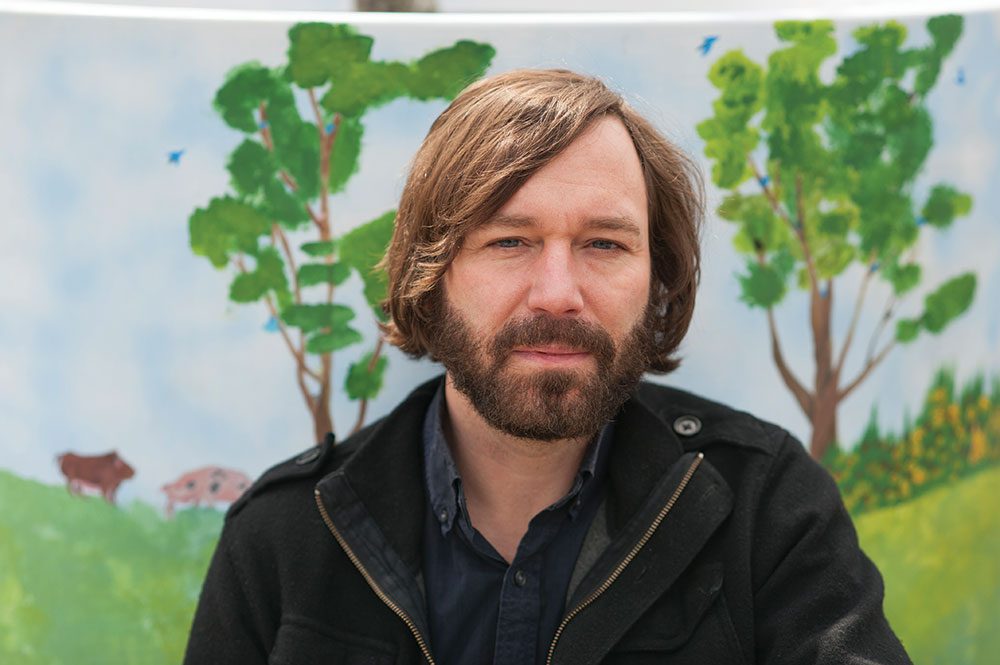 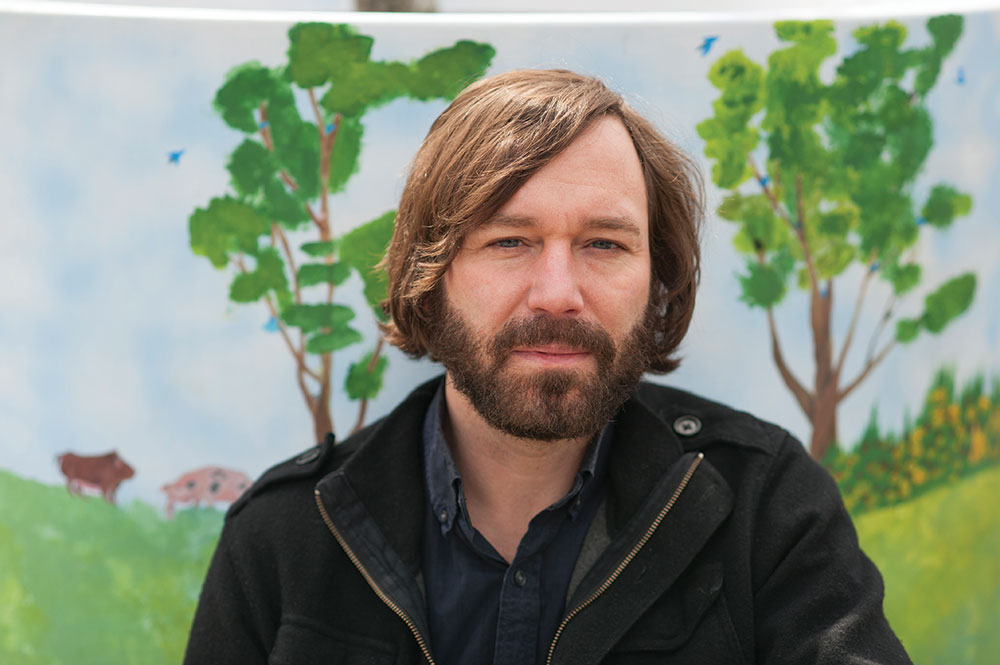 HOMETOWN:Hanover, New Hampshire. “I went back after high school and tried to get a drink in a bar, but both bars in town had a three-drink maximum.”
MOVED TO HUDSON VALLEY: 2015
LIVES IN:Kingston
MOVED HERE FROM: New York City
Winter. “I love that time in early winter, where there’s no snow yet, no leaves, it’s just a blank slate and it looks like the end of everything.”
LEAST FAVORITE WINTER: This past one. “At least with a brutal winter, you feel proud that you survived. This was more like an irritation.”

Following an artist as prolific as Matt Pond keeps you on your toes. Try giving him a call to discuss his latest album—The State of Gold, released last year under his “Matt Pond PA” moniker—and by the time you’ve dialed his number he’s already dropped a new new album: Still Summer: Or, How I Learned to Stop Worrying and Love the Fury, released as The Lowlifes. The album came together when Pond and his frequent collaborator, Chris Hansen, realized that they had a few leftover songs kicking around that all dealt with summer in some way. So they banged out a few more songs about the transition from summer into fall, scruffing up their usual soaring indie-pop anthemic sound so that the songs played just a little more ragged and a little wilder than on records past.

“It’s one of my favorite things we’ve ever done,” says Pond. “It’s about a lot of people working fast, creating a website, coming up with designs, all believing in this ephemeral idea that only really came together the day before we left on tour.”

Now, after 10 years of touring, Pond is ready to finally settle down. He bought a house in Uptown Kingston a year ago.

“I want to not have a transient life anymore,” he explains. “My office was a hotel bed, my desk was a pillow. As much as I love performing, we can’t teleport places, and we’re the ones who have to make sure that everything happens. Trying to tour with fanfare and all that—it just seemed empty.”

The concert that Pond held as a sort of christening for his new home also pointed the way to the next phase of his career. “I think I only want to perform from now on in my own house, or a place I own,” he says. On the other hand, Pond’s new house has its own practice space in the basement, something he’s never had before and that he expects will make any future projects a lot easier. “All the years of renting practice spaces and trying to figure out the logistics of tours would have been easier if I had been a bit more domestic,” he says. “When your life is in chaos, everything that comes out of it is chaotic.”

Now ensconced in his own space, Pond says he feels free to keep making music, release more albums, or even pursue other career options—something he never would have been able to do when he lived in New York City.

“In New York, your ambition is swallowed by your rent,” he says. “In Kingston, it’s affordable and people are ambitious. It’s beautiful and unfinished. It’s open, it’s got potential. Everything hasn’t been decided. I see good people, possibilities. I’ve never so quickly been a part of a community and loved it.”

The Hudson Valley can look forward to Pond being a fixture of the local music scene for many years to come. And there are sure to be more surprises in store. In the time it took you to read this article, he may have already released another album.