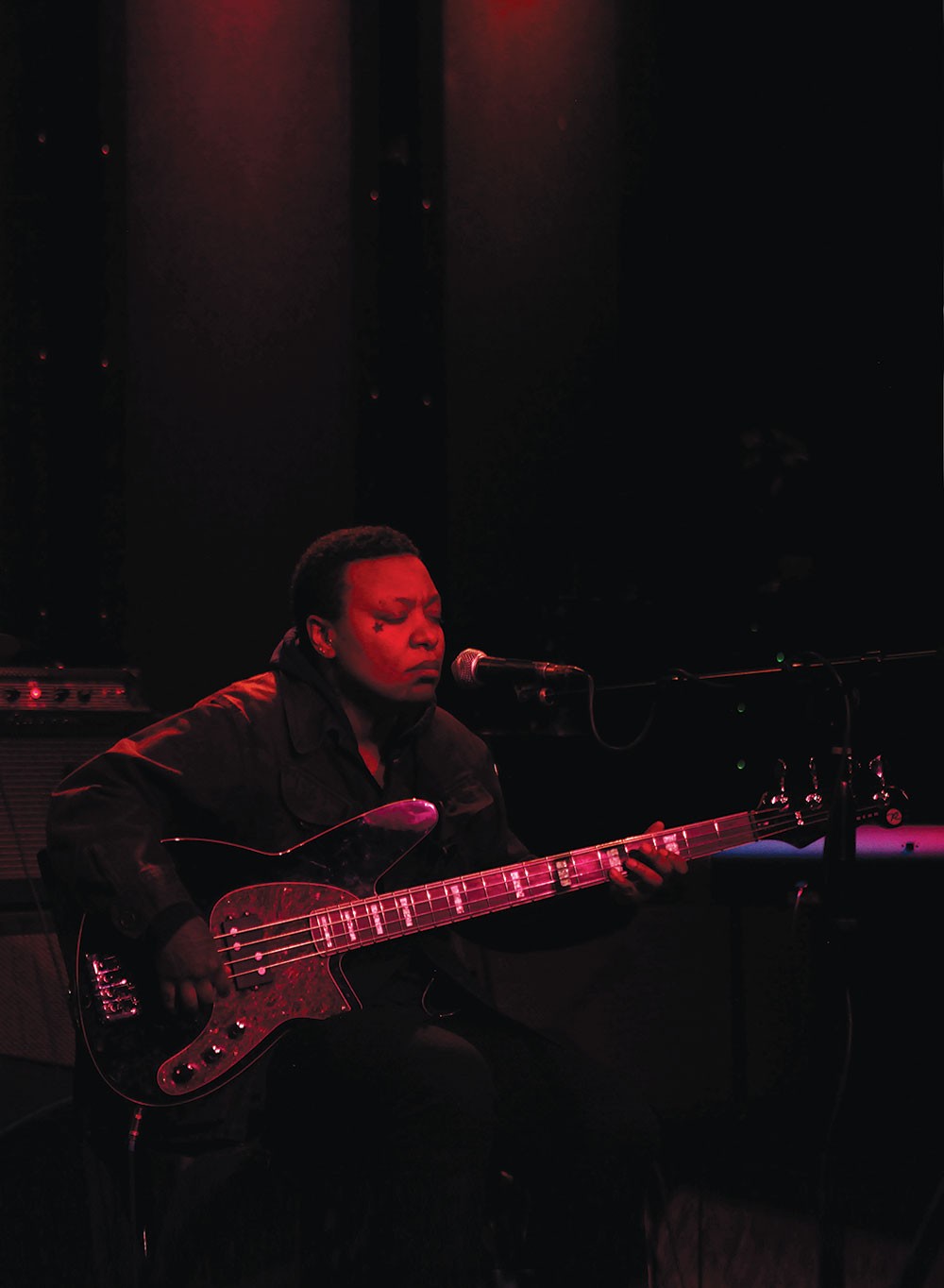 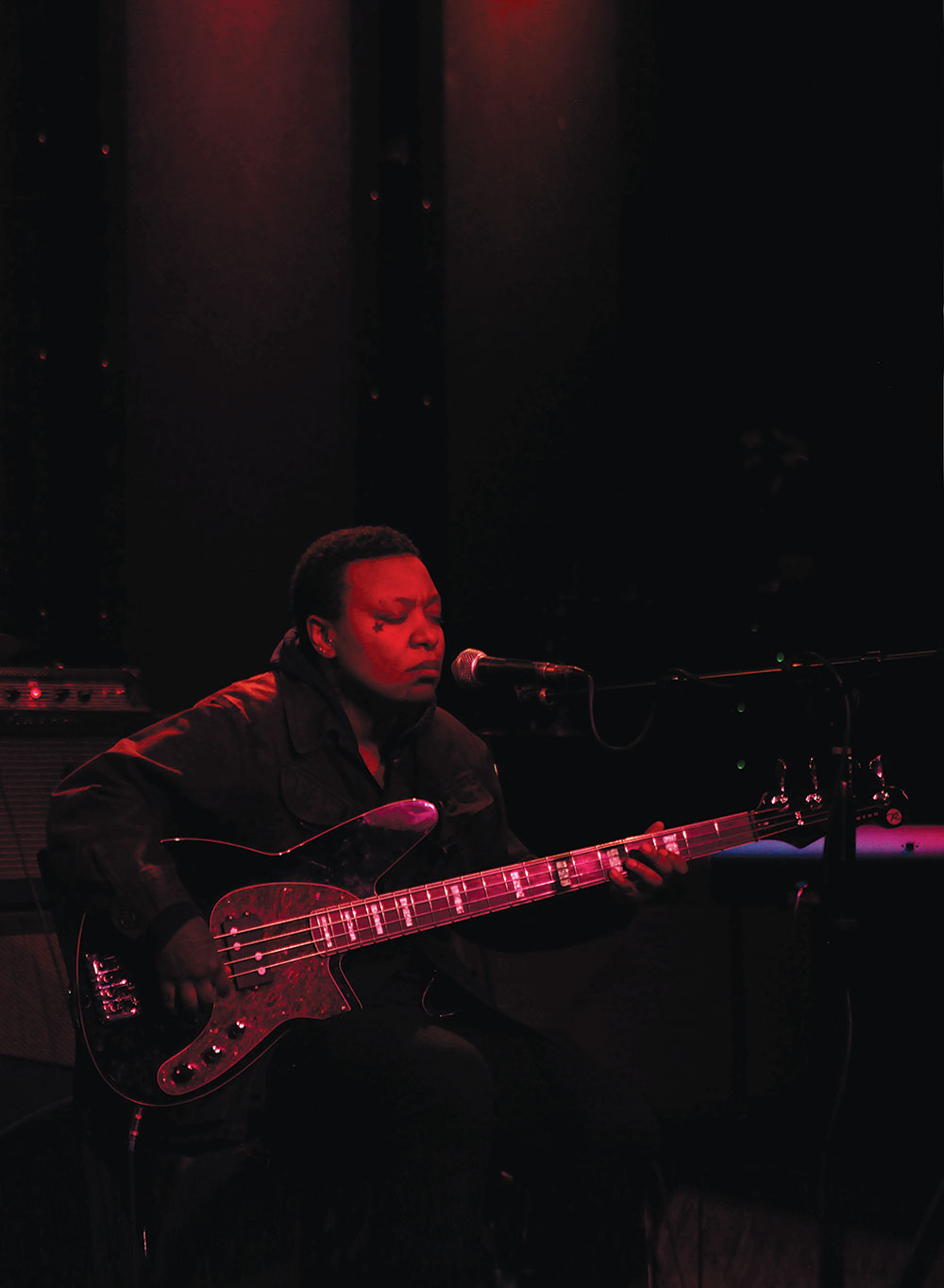 Lived in Hudson Valley since: 2007

Meshell Ndegeocello (Swahili for “free as a bird”) was born Michelle Johnson in 1968 in Germany. Two years later, her father, an Army lieutenant, was restationed to Washington, D.C. A fan of jazz. blues, country, and bluegrass, he duly exposed his family to all those genres. Ndegeocello’s interest in bass guitar came when she picked up the instrument that one of her guitar-playing brother’s friends had left behind. “I loved being able to jam with my brother,” she says. Meanwhile, 1980s Washington was the thriving center of go-go, a subgenre of funk. By age 20, Ndegeocello had played in three of the scene’s leading bands.

After moving to New York in 1987, Ndegeocello tried out for the bass slot in Living Color and participated in the band’s Black Rock Coalition. Madonna saw her performing solo at smaller Lower East Side venues, singing her own soul-baring, R&B-based songs, accompanying herself on bass, keyboard, and drum machine, and signed her up for the Maverick Records imprint. Plantation Lullabies, Ndegeocello’s 1993 debut, a flow of funky soul, hip-hop, and dance pop, snagged the first three of her 10 Grammy nominations and bore the hit single, “If That’s Your Boyfriend (He Wasn’t Last Night).”

In 1994 a music journalist friend introduced her to Midwestern singer-songwriter John Mellencamp. They immediately hit it off musically. “We just played and recorded live in the studio, and it was great,” she says. One recording, a cobilled cover of Van Morrison’s “Wild Night,” was an MTV hit, taking Ndegeocello into the mainstream, which made her head spin. “I’ve always trusted that [music] is my path,” she says. “Not to sound contrived, but after a while it was, like, ‘Look, what else do you want from me?’ I was having to give up a lot of myself.”

She stepped off the roller coaster for a spell, reemerging in 1996 with the slinky grooves of Peace beyond Passion, followed by Bitter (1999), a beautiful, bleak breakup set, and the feverishly funky Cookie: The Anthropological Mixtape (2002). The steamy, psychedelic soul grooves of Comfort Woman (2003) might’ve made Barry White blush. Ndegeocello’s most recent recordings—Comet, Come to Me (2014), Pour une Âme Souveraine: Dedicated to Nina Simone (2013), Weather (2011), and Devil’s Halo (2009)—form a quadrilogy in which Ndegeocello strips her sound down, getting subdued and cool.

But lately, Ndegeocello has been making music without her bass guitar. She recently joined in a housing benefit concert via laptop with her Hudson neighbors Melissa Auf der Maur and Rasputina’s Melora Creager, and accompanies herself on piano at local open mikes. “I’m in a new place now,” Ndegeocello says. “They say when you stop giving people what they want, they stop wanting you. And I understand why that is. But at the same time, when I feel like people just want the same thing from me again, I become disinterested and do something else. I’m like, ‘Yeah, that’s right, I’m changing. And guess what? I’m gonna change again.’”