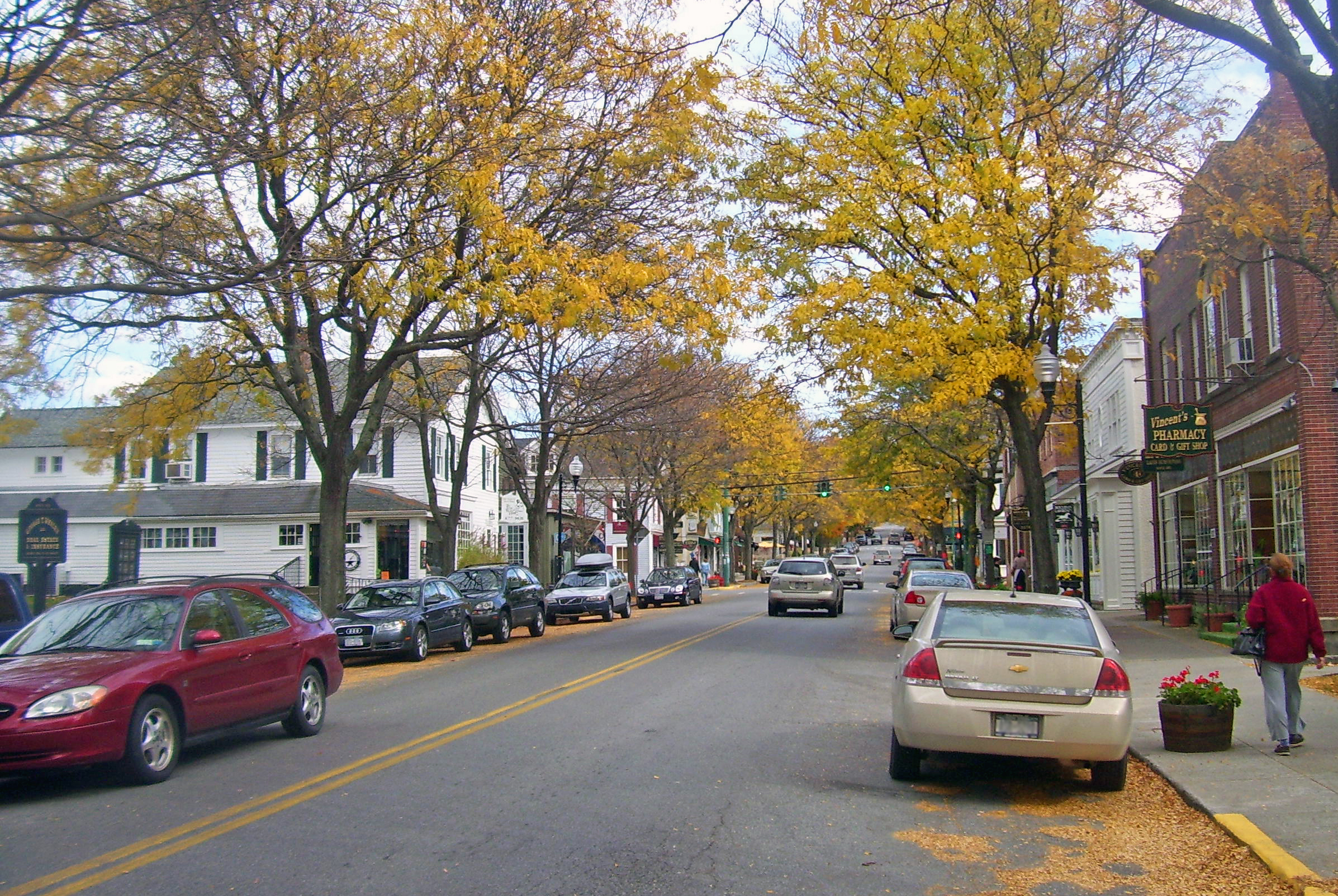 One of my favorite questions to ask people is: What does your town need? The answer usually offers a fascinating window into the collective desires, dreams, and sometimes grudges of the places we live and work. But I’ve never quite gotten an answer like the one that George Langa, a broker for Berkshire Hathaway Home Services, gave me when I asked him about Millbrook, the village he’s worked out of for 17 years.

After a very long pause, so long I was beginning to think my phone had died, he answered, “Nothing. It’s been perfect as long as I’ve been here.” 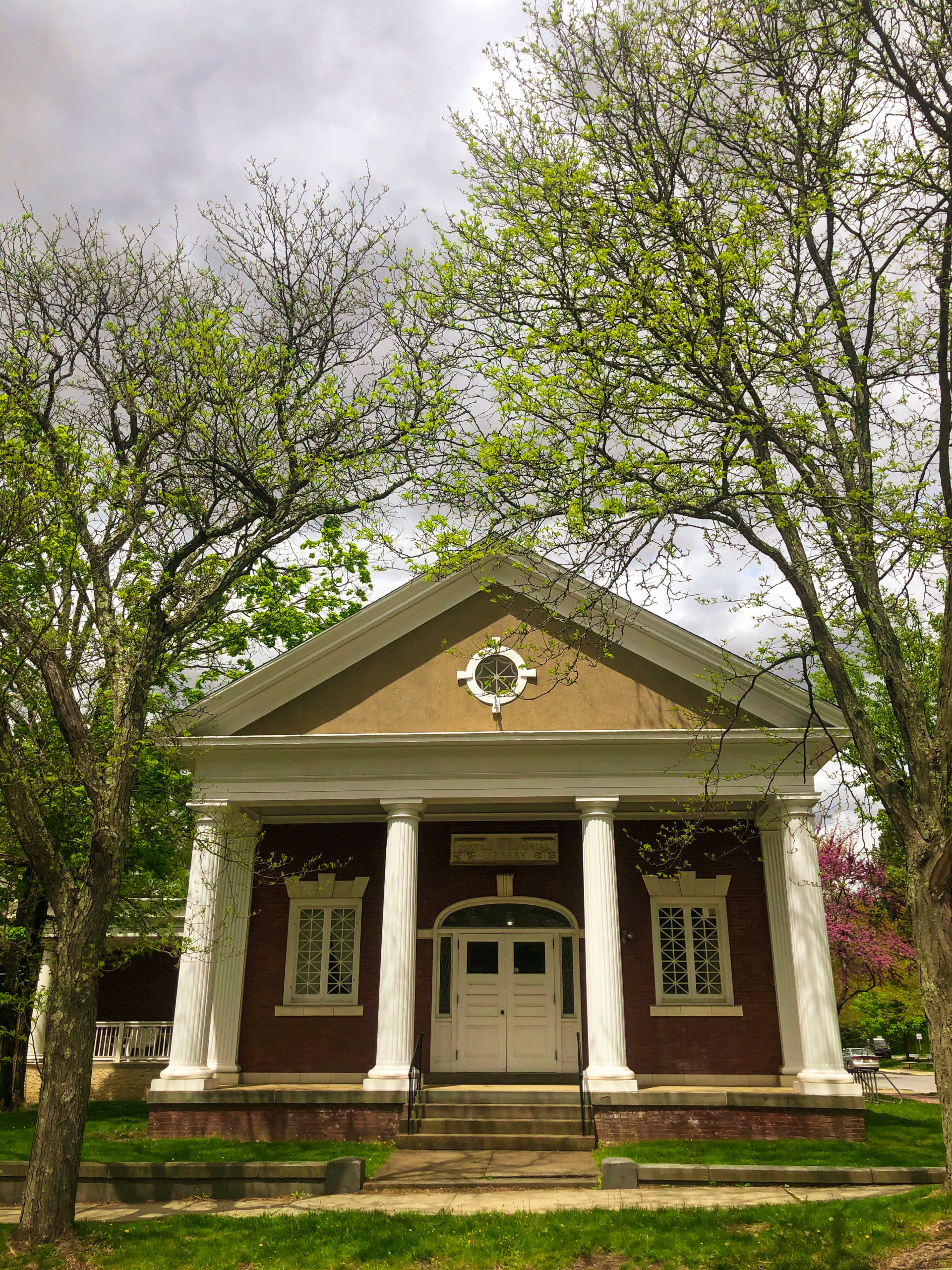 We both laughed. It was funny in its utter lack of deference. And also, because it’s kind of true. If you’ve been to Millbrook, you know. If you haven’t, well, you’ve got a treat in store.

Part of the town of Washington, the Village of Millbrook (population 1,406)  is located in the center of Dutchess County. (Langa again: “We’re only 20 minutes away from pretty much everything.”) The land was first settled by Quakers in the 1700s and was originally two separate hamlets: Hart’s Settlement and Mechanic. When a train station was built there in 1869, the village as we know it today sprang up around it. Italian immigrants followed, living there while working as stone masons on the great estates of Dutchess County. The village’s Italian roots run deep: The many historic landmark plaques throughout the town are written in both English and Italian.

One thing you’ll learn from those plaques is that not a lot has changed. The spot where Reardon Briggs Hardware stands today on Franklin Avenue, the town’s tree-canopied main drag, has been a hardware store for about 150 years. The library? 120 years. At only 92, the Millbrook Diner is the spring chicken on the block. Even the old grist mill that Hart’s Settlement came to be built around is still there, only now it’s been converted to apartments. Why mess with perfection?

Speaking of perfection, that classic diner is just one of the many exemplary places to eat crammed within the four-block radius that comprises Millbrook’s downtown. The delightfully named Slammin’ Salmon is right across the street and features a lot more than salmon. There’s sandwiches, wraps, and salads to-go, perfect for taking to Tribute Gardens, the gorgeously designed park that sits in front of where the train station used to be, a block away. (If you’re more in a “breakfast sandwich, coffee in the other, while walking down the street and looking at the trees” type of mood, Babette’s Kitchen will help you get that vibe on.)

For something a bit more upscale, there’s old-school French bistro cuisine at Cafe Les Baux and trattoria classics at Barbaro. Millbrook Cafe is also a bit more upscale than the word “cafe” would suggest, with ducks, lambs, and more coming out of a wood-fired brick oven. And if you need to wash it all down with a nice stiff drink, Canoe Hill is your place. Formerly an informal burgers-and-oysters spot, Canoe Hill transitioned in the wake of COVID to a bakery/market/home good store with plenty of inventive drinks behind the bar that you can get to-go, such as The Bee’s Knees (gin, meyer lemon, honey) and The Dock Ellis Trip (scotch, apple jack, apple cider, lemon, peppercorn syrup, bitters.)

The only downside is that, eventually, you will be full. The upside is that there’s more to do in the village than just eat. Alicia Adams Alpaca is about as local as clothing gets: All of the fleecy garments and textiles here are made out of alpaca fiber, much of which is raised on Adams’s nearby 80-acre farm. Merritt Bookstore has plenty of summer reading and recommendations if you’re not sure what to read next. 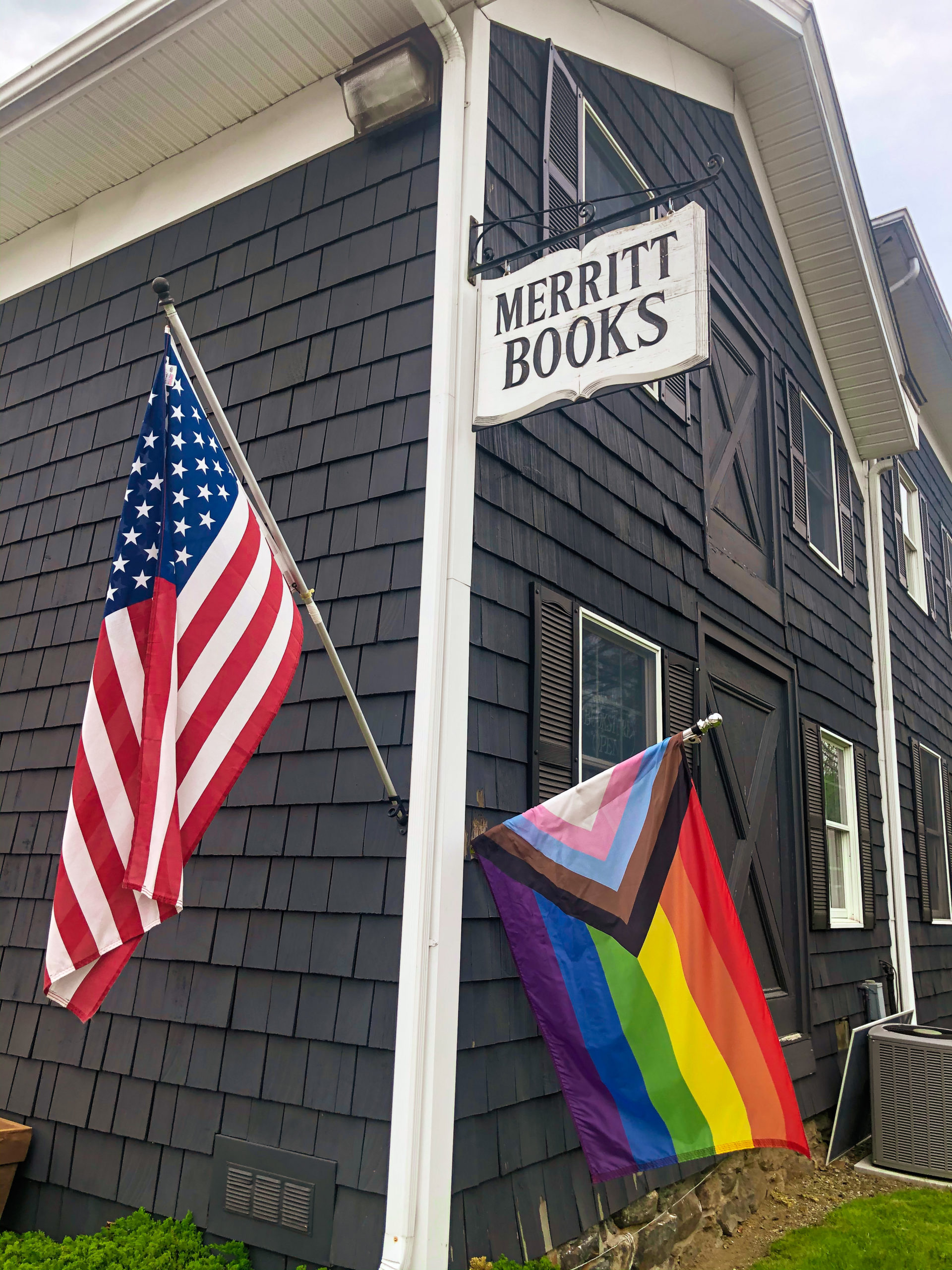 And for that special someone who’s impossible to shop for because they “have everything,” Creel and Gow, the wondrous purveyors of the Upper East Side bazaar, just opened a second location on Millbrook’s outskirts. Imagine the look on their face when you present them with a taxidermied turkey talon that’s flipping them the bird, so to speak. They will not, I guarantee you, “already have one.”

But an integral part of Millbrook’s charm is that, despite being the kind of place where you can drop $500 on a warthog skull, it is still an actual town and not a storybook village set up to recall a bygone era for the amusement of tourists and warthog enthusiasts. Downtown Millbrook also has a gas station, that 150-year-old hardware store, a grocery store, a farmers market, and (thankfully) a Stewart’s. You can still buy a roll of paper towels, a bottle of Windex, and a box of safety pins here. You could actually live here! People do! And judging from every conversation I’ve ever overheard in Millbrook, every single one of those 1,406 people know each other. 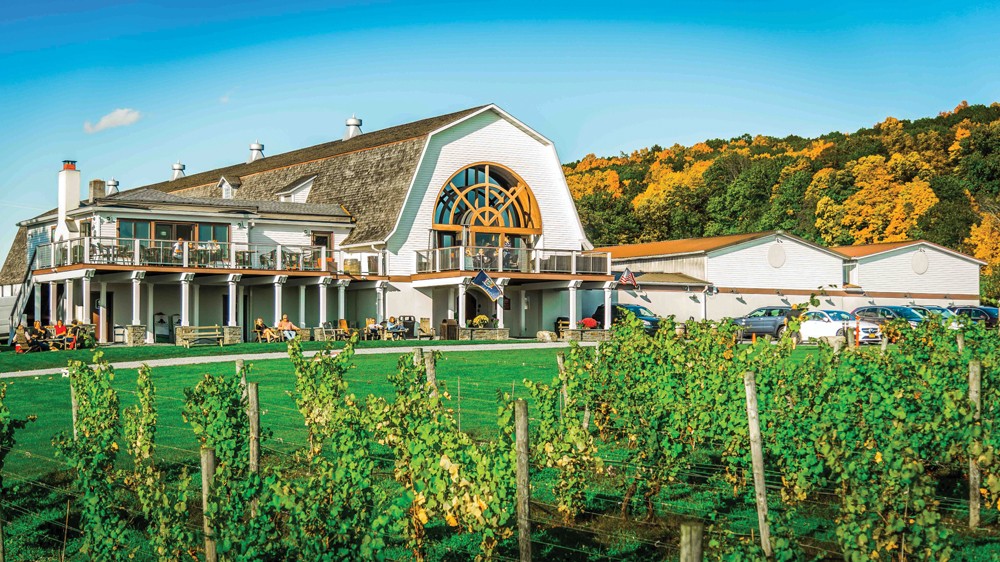 Once you’ve seen everything there is to see downtown, it’s time to take to the surrounding countryside, which is one of the main reasons people move to Millbrook in the first place. Millbrook Vineyards and Winery continues to be one of the Hudson Valley’s most respected and well-known wineries around the world and are featuring food trucks on Friday nights throughout the summer. Outdoor gear giants Orvis run their Sandanona shooting school among Millbrook’s rolling hills and fields; it’s the oldest permitted shotgun shooting club in the country (might want to take a shooting lesson before you hit the vineyard instead of the other way around.) 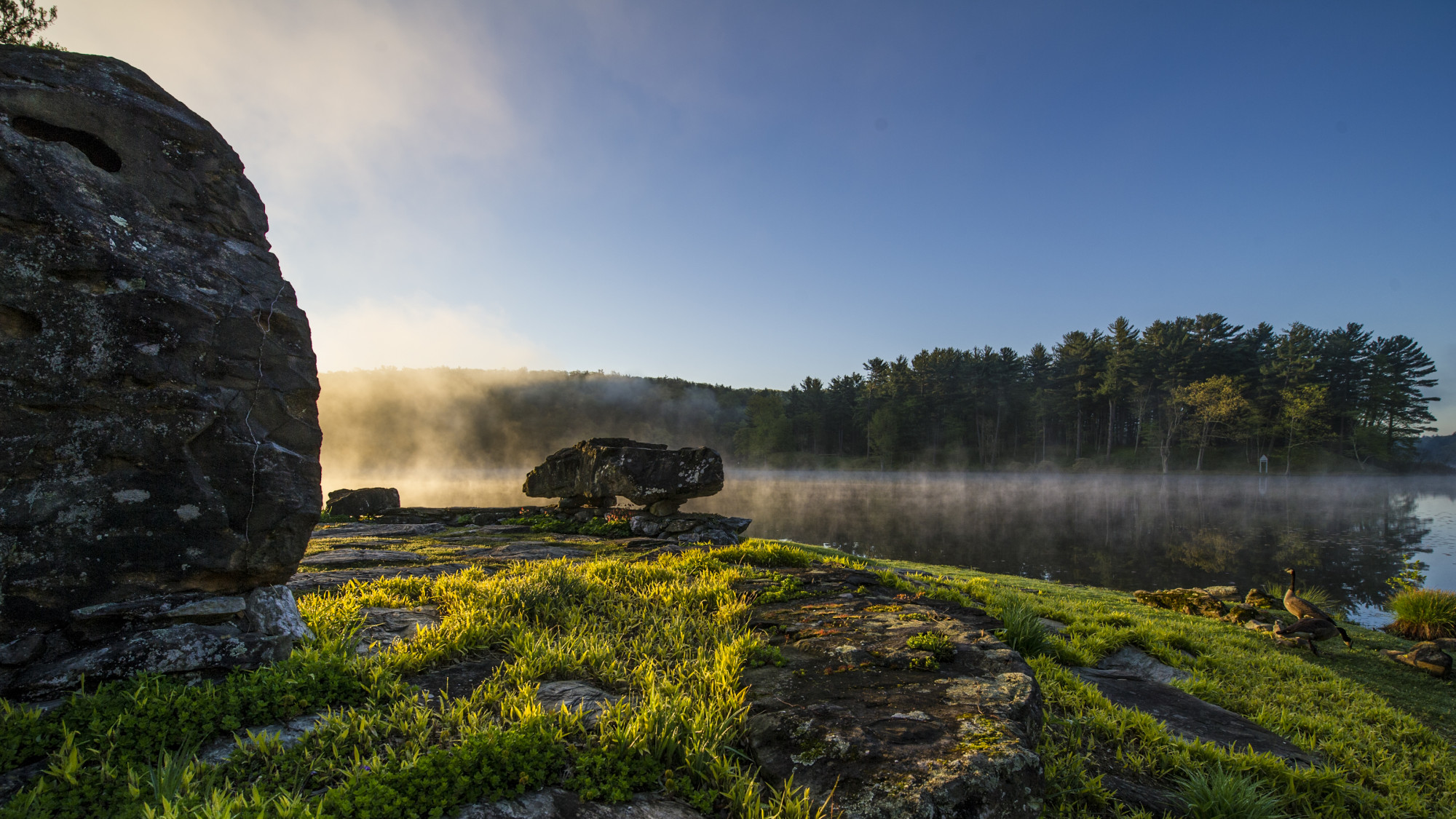 The Point: Dragon Rock behind Owl Rock at Innisfree Garden

Innisfree Garden is a 185-acre national treasure and an iconic site of midcentury landscape design. And while boarding schools aren’t usually considered tourist attractions, the Millbrook School features a zoo, which is open to the public. Trevor Zoo’s many offerings include a red panda, an arctic fox, and two different kinds of lemurs.

Lemurs! Does any other town in the Hudson Valley have lemurs? (Legally, anyway.) It’s almost as if Millbrook is, as its historical markers might put it, perfetto. 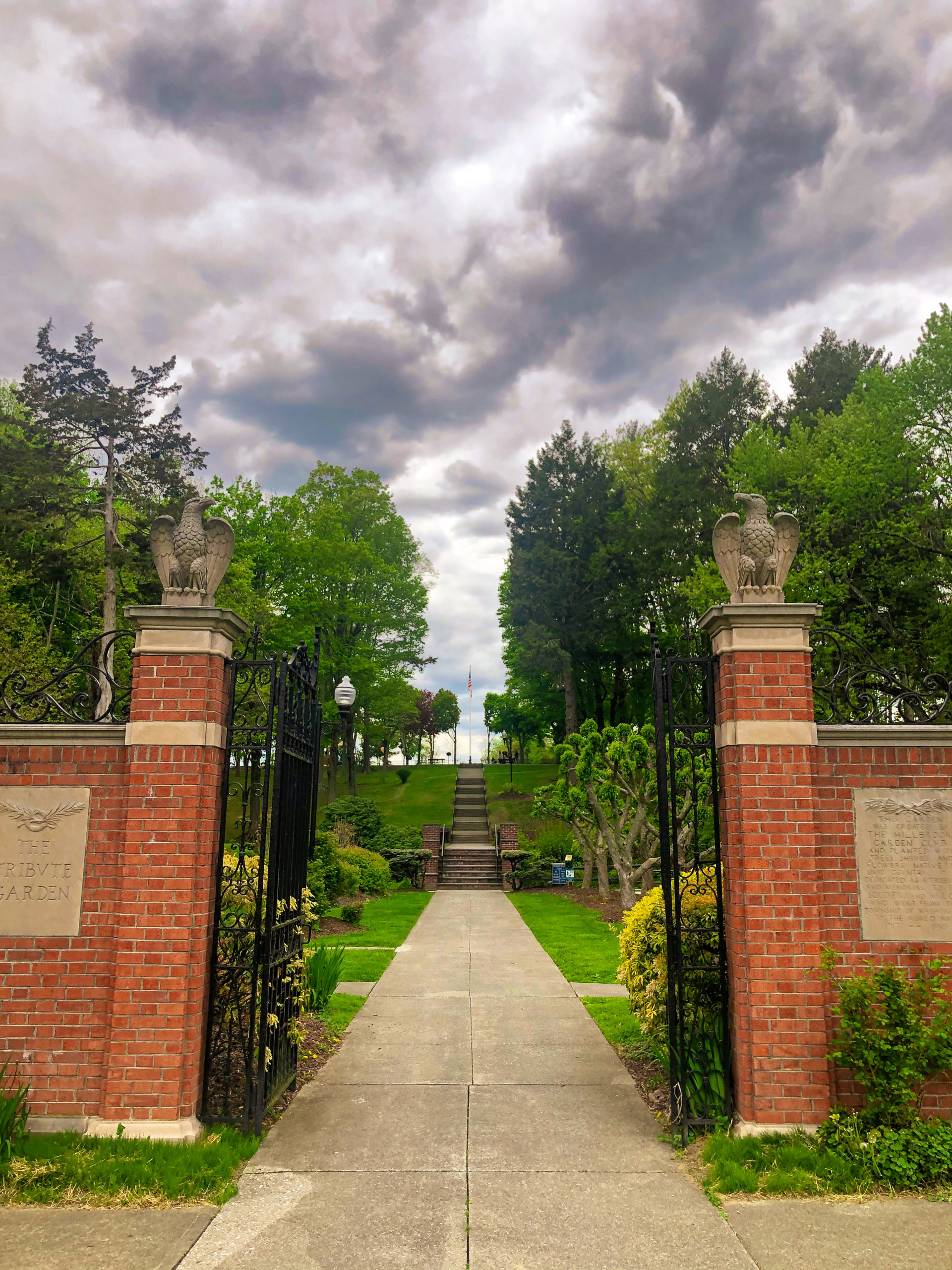 The Tribute Garden at the end of Franklin Avenue. Photo by Brian PJ Cronin