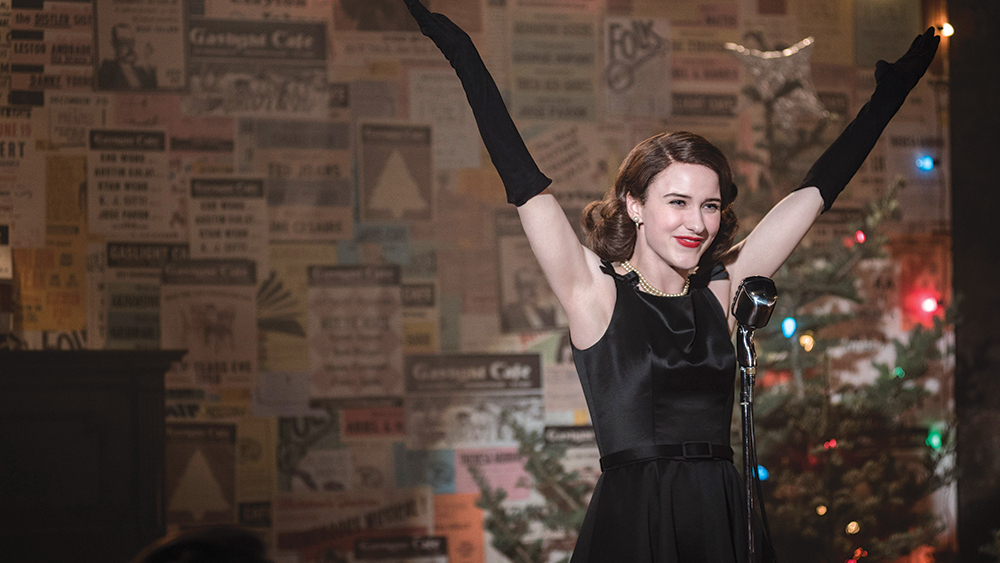 She’s charming, she funny, she’s unexpectedly brash. When “The Marvelous Mrs. Maisel” debuted last year on Amazon Prime, audiences all over the country fell in love with Rachel Brosnahan in the role of the posh, lip-giving, boundary-crossing, foul-mouthed Upper West Side housewife-cum-comedienne.

With her marriage on the rocks, the prim Mrs. Maisel (Midge) takes to the bottle one night…and then to the stage to, air her grievances about marriage, men, and sex, performing a raucous impromptu stand-up routine that gets her hauled off in cuffs. With her appetite for show business piqued, Midge sets off down a hilarious and bumpy road to become a successful female comedy star in Manhattan in the late 1950s.

The hit series took home new fewer than eight Emmys, two Golden Globes, and a couple of Critic’s Picks. Audiences are eagerly awaiting the second season, which will debut on December 5.

In a recent appearance on “The Tonight Show Starring Jimmy Fallon,” Brosnahan dropped some hints about what to expect in the second season, including letting slip that a portion of the filming was down at a “beautiful resort in Deposit, New York, which is much more beautiful than the name sounds.”

“One of my favorite things about this resort is that, rumor has it, that years and years ago the resort turned down ‘Dirty Dancing,’” Brosnahan dishes. “So when we came to them, they were like, ‘Get on over here! Sign us up. We can’t miss our shot!” The site in question is Scott’s Family Resort on the shores of Lake Oquaga in western Delaware County. With an emerald golf course, water sports, a showboat sing-along cruise, a ballroom, and a playhouse complete with a four-lane bowling alley, billiards, and a shuffleboard (duh), Scott’s is a truly a relic of the Borscht Belt glory days.

Resort owner Patty Holdredge told Fox 40, “They did come here and look at us for Dirty Dancing. At that time we were extremely busy and we opted that we just couldn’t do it. If we had known where that was going we might actually have done something about it.” When location scouts for the Amazon series came to see the site in Fall 2017, the Holdredge family jumped on the opportunity—a rare second shot at the limelight. 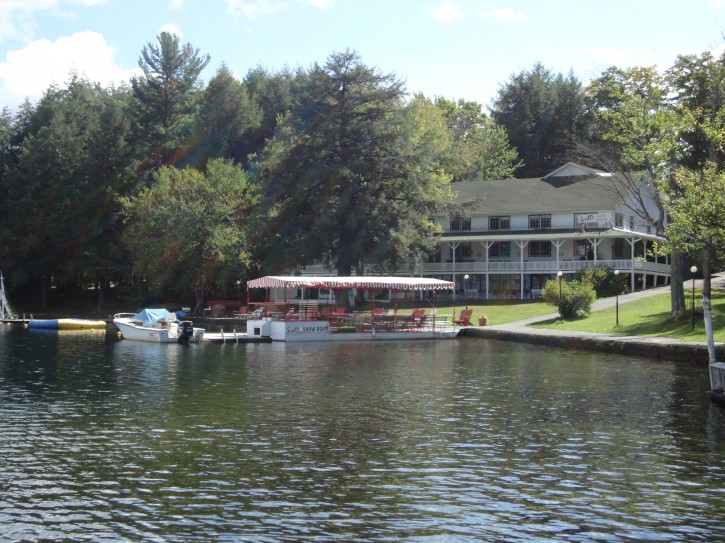 The crew was on site in Deposit and in the nearby city of Binghamton from late May through July, shooting scenes for three separate episodes, injecting millions into the local economy.

In the second season of “Mrs. Maisel,” like many Jewish families in New York City, Midge and her parents head upstate to a Catskills resort for a summer holiday. The episodes filmed at Scott’s will explore the Borscht Belt resort culture, which included a lively music, dancing, and comedy scene, where many big names like Woody Allen, Rodney Dangerfield, Jerry Seinfeld, and Billy Crystal got their start.

According to Brosnahan, the second season of “Mrs. Maisel,” follows Midge as she tries to advance her comedy career while keeping it a secret from her family. How will this tension play out in the Catskills? You’ll have to tune in on December 5 to find out.