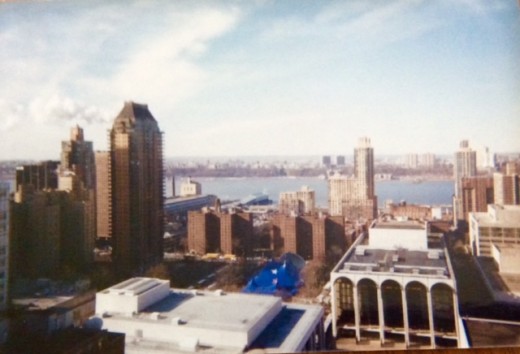 The view from the living room of our former Manhattan apartment.

Would you like to go on an official date with me?

When the question arose I was a bit taken aback. Having known this person for some time, “an official date,” was the last thing I had ever considered. The evening of December 19, 1996 in Washington DC was by any definition a miserable cold, rain soaked evening. The site of our official date was Nora’s, one of the DC area’s more acclaimed eateries. Prior to entering the restaurant, my date stepped into a puddle of water – the instant chill which ran up his spine was painstakingly visible. The evening was at best mediocre, ending with someone having stolen my Burberry Umbrella. First official date and LAST! Until, of course, the next one. 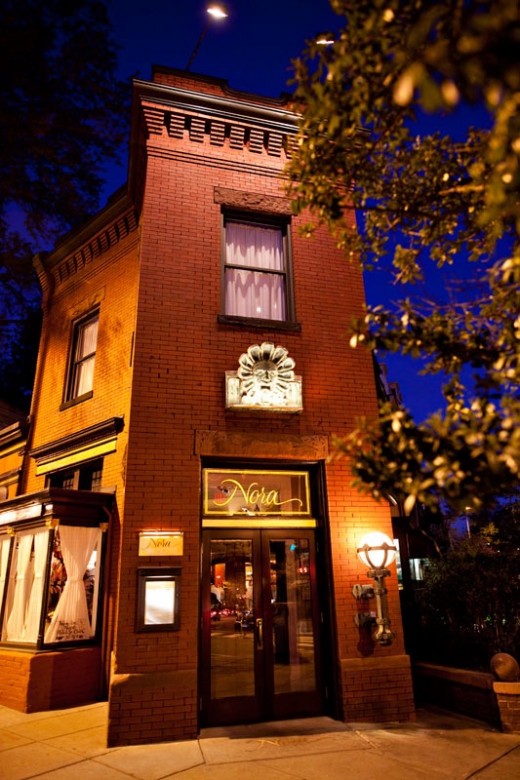 Nora’s Restaurant in Washington, DC. The site of the first “official” date.

Will you go steady with me?

Obviously after the first date, with the passage of several months many dates followed. Dates filled with laughter, a growing admiration and a feeling of connection. Midway through this courtship the question, “could we have dinner together once a week,” began to set the course. Next, like an archaic phrase from an iconic Andy Hardy Film, came, “will you go steady with me?” Who may I ask has asked this question in the last forty years? How could anyone say no to such a proposal? 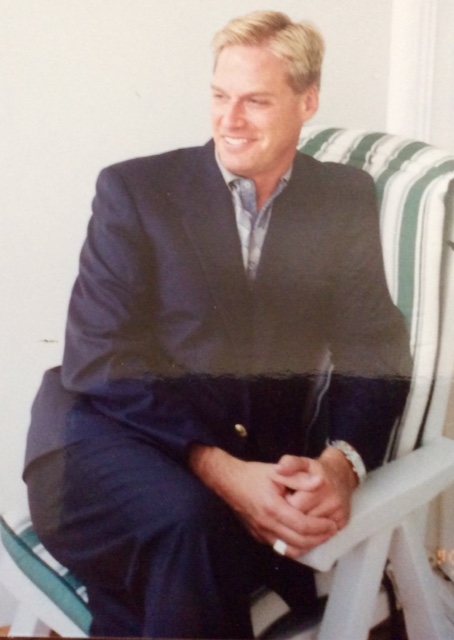 Who asks someone to “go steady?” Gary Swenson, that’s who.

“I just hope you understand, now that we are living together, I do not like antiques, I certainly will not be living with antique furniture!” Nineteen years of fabulous restaurants, hilarious evenings, three cities later and parenthood of a motley crew of Scottish terriers, going steady has proven interesting. Romantic evenings at the Four Seasons in Maui, the Waterloo Inn in Bermuda, the Inn at Stonington in Stonigton, CT and the American Hotel in Sharon Springs, NY created lasting memories. Evenings spent at Jean George, Cafe Loupe, 21 and Vince and Eddie’s defined a Manhattan life. Dinner parties, drinks parties and found friends have defined a Hudson Valley Life. A life I initially disdained, then grew to love; finding a home and friends when it was most unexpected. 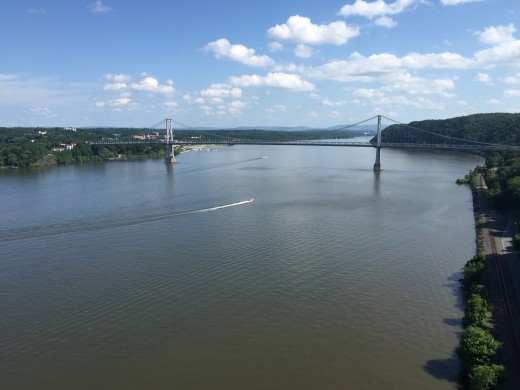 Dinner parties, drinks parties and found friends have defined a Hudson Valley Life. A life I initially disdained, then grew to love; finding a home and friends when it was most unexpected.

Will You Marry Me?

Who knew, who would have ever in a million years imagined I would be the one to propose? Yet there I was a year ago on bended knee. When we began this journey 19 years ago marriage was never an option. While some may have dreamed of marriage, the reality was “it ain’t gonna happen, you can not marry.” Therefore the thought never crossed my mind. For years I attended weddings, showers and celebratory events realizing my fate would be one of solitude (at least in society’s eyes). Although, despite having raised funds for countless charities or served on numerous Boards of Directors, my life was destined to be lived in the shadows. Through marked prosperity, a sudden startling reversal of fortune, an illness, deaths, financial recovery, relocation and the demise of beloved pets, life had moved forward, albeit a life never officially acknowledged. 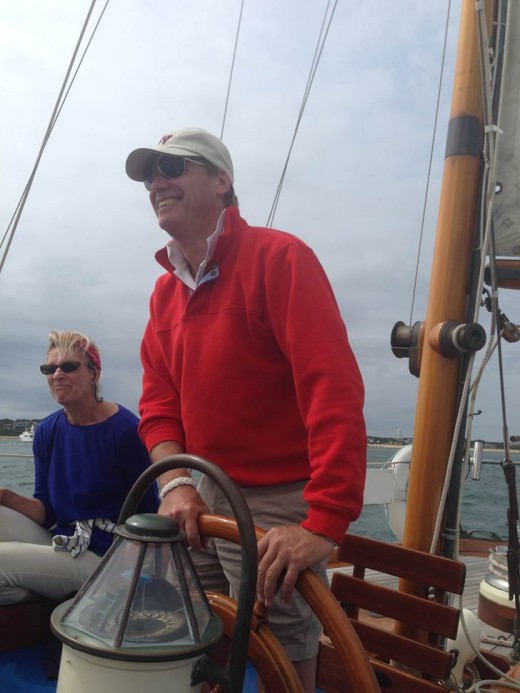 Life Does Indeed Move on

As one grows older, one often finds oneself defined as a role model. To be frank if ever two people never clicked together, it was Gary and I. Dissimilar interests, similar family backgrounds, we’re definitely on different wavelengths yet oddly compatible. Our life together has been far from perfect, yet together we have survived and developed. How rare to have a person who accepts you, understands your every flaw, knows your missteps, who accepts you with love. A person who when faced with the words, “we are moving again,” only briefly flinches. Remember the old saying, “you should never hold that expression on your face, it might just get stuck?” It can accurately be applied to the “we are moving again,” flinch. 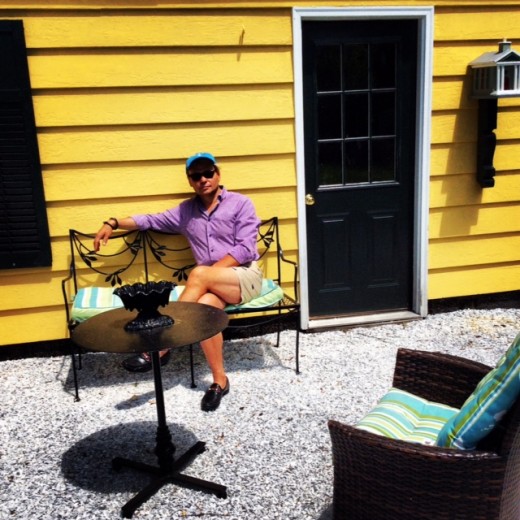 Our life together has been far from perfect, yet together we have survived and developed.

On December 19, 2015, 19 years to the day, Gary and I will be married. Who would have ever thought? The wedding ceremony will be in our home with 24 friends we cherish, in our home filled with antiques, our three Scottish Terriers and my beloved books. Our dear friend Susan Hereth will officiate with our beloved friend the Rev Heidi Neumark reading the blessing and prayer. A private ceremony amongst the people, pets, and things we love! 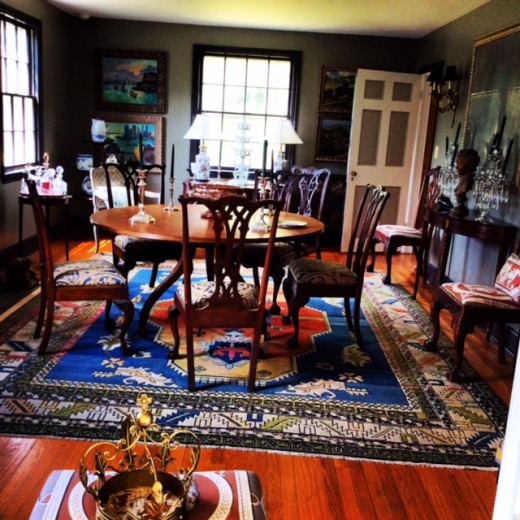 The ceremony itself will be private, at home with our antiques, Scottish Terriers, my books and cherished friends.

Then there is the reception! Oh the reception! The caterers, the photographers, the announcements, the gift registry, the rehearsal, the list does not end, indeed this will be my Big Gay Hudson Valley wedding. The reception venue has been selected but otherwise it is all up in the air. The private ceremony will develop into a much larger reception. Having collected so many wonderful people throughout the ensuing years designing a guest list will be an adventure. Not an over the top reception but a time to celebrate our lives. From time to time in the coming months, I will share this journey. Certainly given the standard scenarios of my life, the journey certainly will not be a dull one. As I recently stated, “how often do I marry? I literally thought I never would.” Hopefully, a groomzilla will not be born. 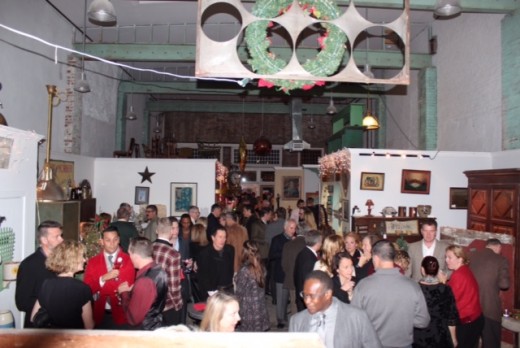 If our Holiday Party was any indication, the reception should certainly be far from dull.