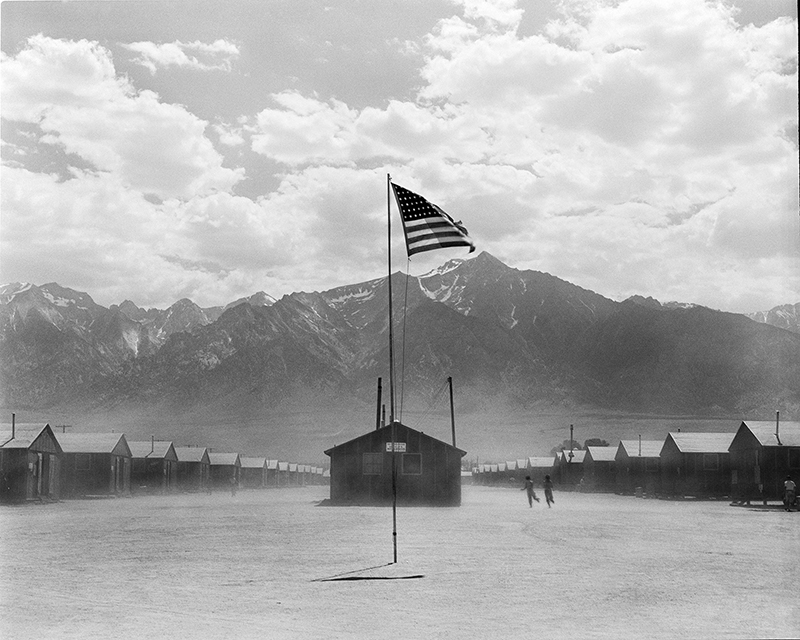 On February 19, 1942, President Franklin D. Roosevelt signed Executive Order 9066, which led to the incarceration of 120,000 people of Japanese descent – including approximately 80,000 American citizens – during World War II. The internment of Japanese citizens during the 1940s is a dark spot on both FDR’s presidency and American history. It’s hard to imagine that such atrocities happening so recently, so the FDR Presidential Library and Museum in Hyde Park is doing its part to ensure we never forget about our past, no matter how shameful it may be.

“Images of Internment: The Incarceration of Japanese Americans During World War II” is a new photography exhibit opening at the FDR Library on February 19th, which is also the 75th anniversary of the date FDR signed EO 9066. The exhibit includes works by Ansel Adams, Dorothea Lange, Clem Albers, Francis Stewart, and Hikaru Iwasaki, as well as photographs taken by George and Frank Hirahara, who were held at the Heart Mountain camp in Wyoming. A short film will also be featured in the exhibit that offers oral history of the internment camps from those who lived in them.

For more information on the special exhibit and other exhibits at the FDR Library, visit fdrlibrary.org or call 1-800-FDR-VISIT. Library and museum are open Monday through Friday, 9:00 a.m. to 5:00 p.m., November through March. FDR Presidential Library & Museum, 4079 Albany Post Road, Hyde Park.