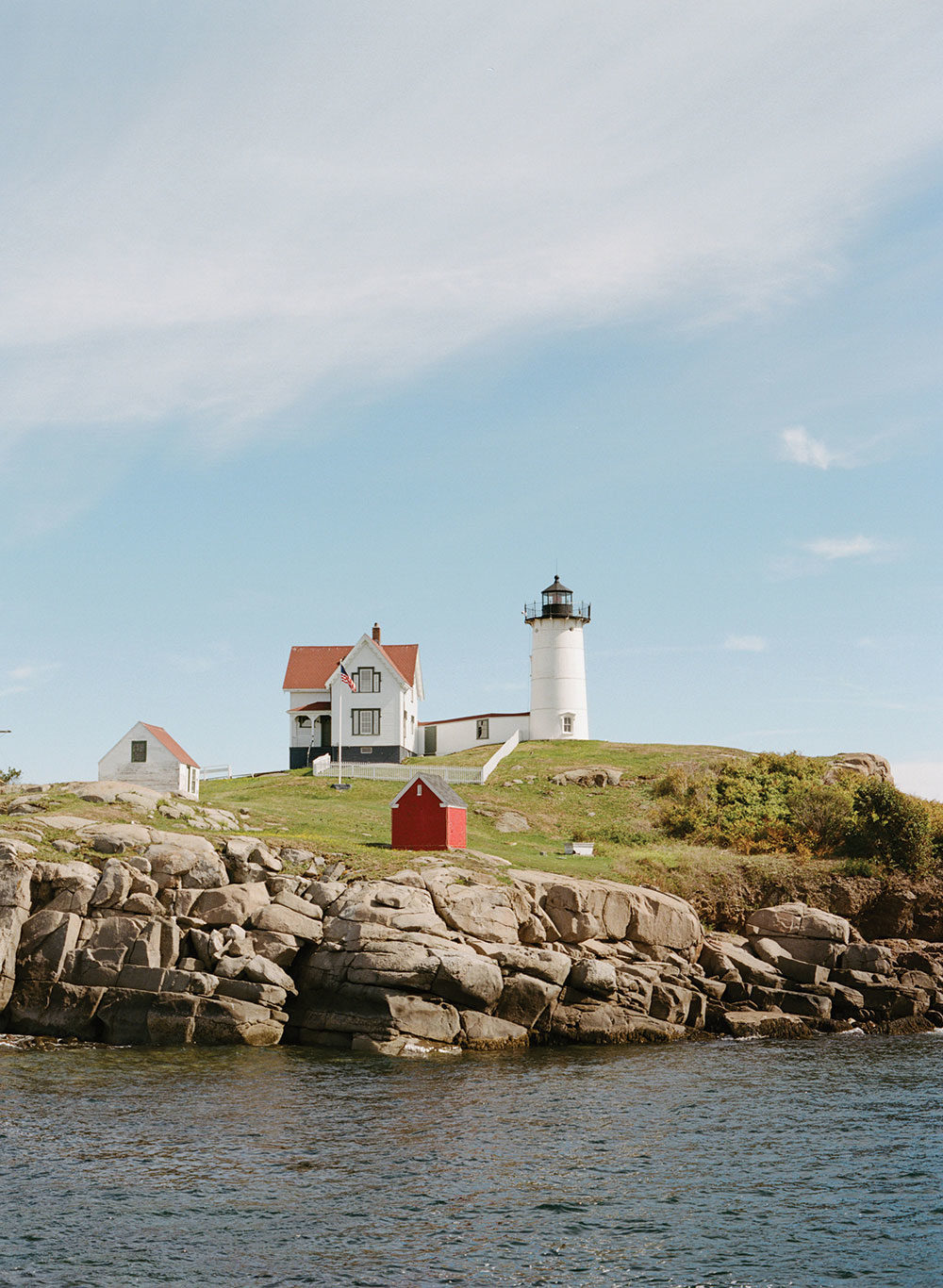 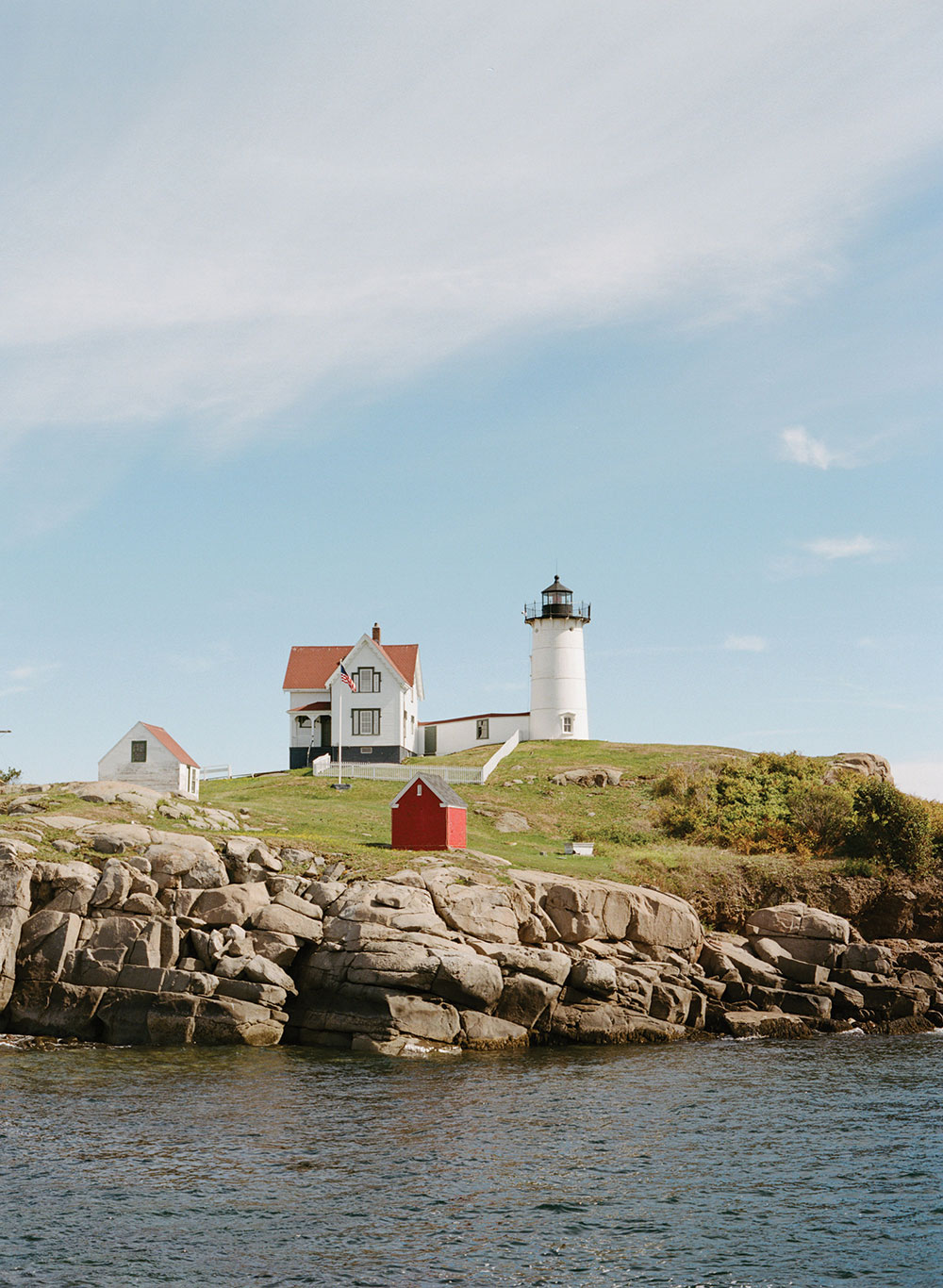 My wife and I didn’t choose career paths that promised huge salaries. As a designer and a photographer, respectively, we could make a good living, but not good enough to be able to afford spending weeks with our two daughters exploring the nation’s mountain ranges in our own RV or finding secluded beaches by charter plane. At first we only traveled to places that were close enough for me to get back home to the Hudson Valley for a few days to finish up a project or head into New York for a shoot, and then make it back the next day.

Then, in 2014, after my wife and I had been shooting weddings for about a year, we received an assignment that changed everything. A couple emailed us, asking us to photograph their wedding in southern Maine. They only had enough money to cover the cost of our drive there, but in lieu of payment, they offered free accommodation for our family to take a vacation after the big day. Typically, when a client offers us a deal like that, we don’t follow up, but we were intrigued by the promise of Maine’s salty air and harbor ports, which would be a whole new world for us to explore with our girls. So we said yes, I bought an atlas, and we buckled in for a seven-hour journey to Maine’s southern coast. 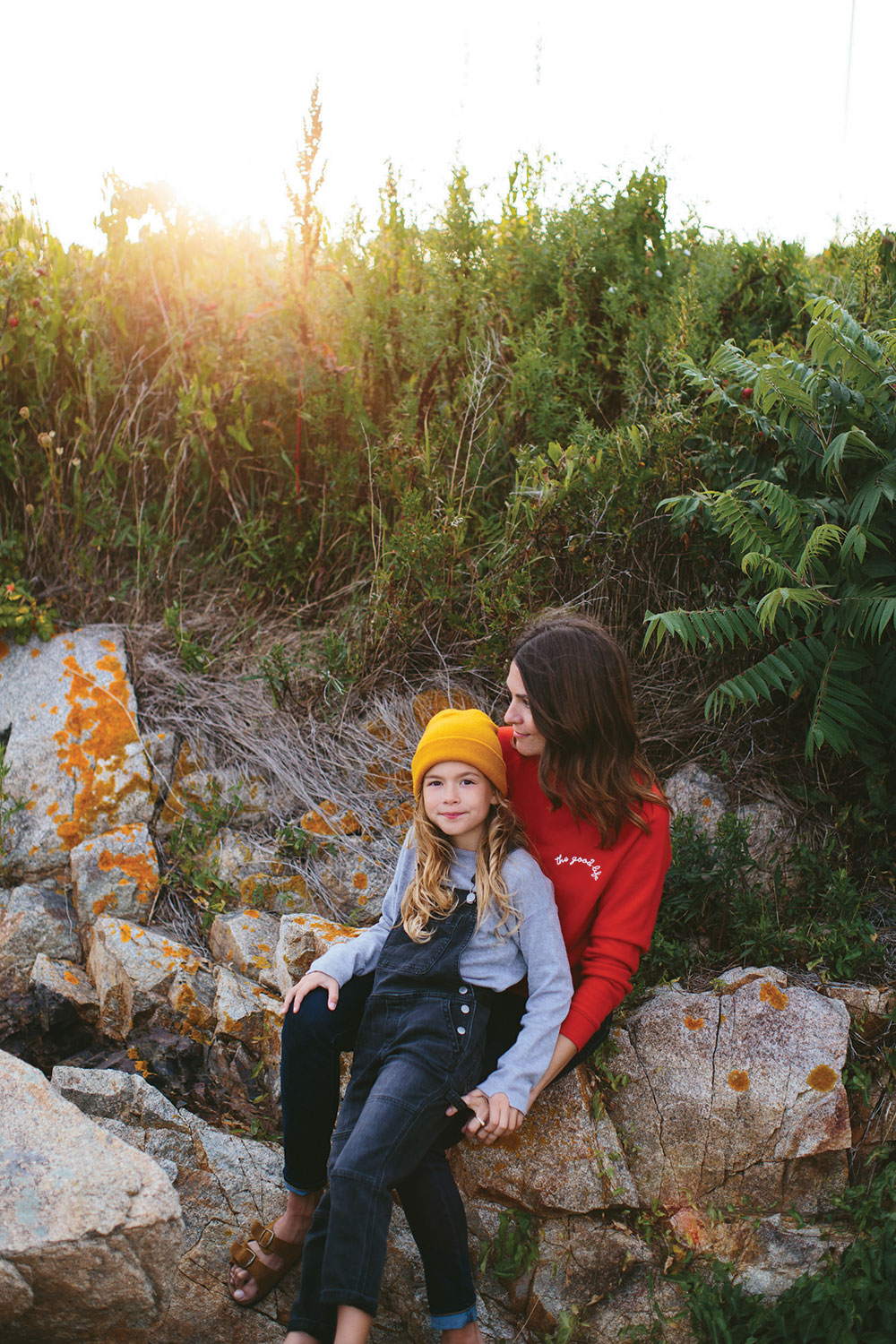 Traveling from New Jersey, we took the Thruway past the Catskills, and then the Mass Pike into New England, watching the tall, white pines give way to hemlocks and birch trees. When the iPad battery died, the girls were forced to look at the scenery for entertainment. Moose-crossing signs appeared. We drove through hardwoods, skirted river tributaries, and passed through towns that looked like settings in Steven King novels. We noticed lobster pots and buoys perched on front porches. And then, suddenly, the GPS chirped, “You have arrived.”

We opened the windows, stashed away the regional tchotchkes, unpacked, and immediately felt like we belonged there. But for me, the first night of any vacation is hard. I toss and turn and reread my notes about the million things I want to show my girls. That first night in Maine, I listened to the lullaby the waves made, breaking onto the rocky walls, heard the call of a barred owl, and pictured myself saying, “Now this is a lobster roll,” and “Quick, flip that rock! There might be a starfish underneath, but the tide’s coming in quick!” But finally, like a kid trying to stay up on Christmas Eve, I fell asleep. And then it was morning—time for the real adventure to begin.

“Donuts!”I screamed, kicking the salt-stained screen door open. My sleepy family came down the stairs, half smiling, half grimacing. I told them how I’d watched the sun crest the pine trees down the road at 5:45am. And I was happy to report finding wild trout in a creek nearby, and two—yes, two!—lobster roll shacks nearby for us to try. But I was also sad to report that, no, I had not yet spotted a moose.

My older daughter, then almost a teenager, rolled her eyes. But I go away so I can do all the things I never have time to do at home. On vacation I like to rise early to explore and bring “home” stories and a new list of things to do, and then spend the days dragging my family around to do them.

On that first road trip to southern Maine, we consumed 17 lobster rolls between the four of us. These days we’re a little tamer, but we have our traditions. We’ve settled in. The Nubble Light House is no longer new and exciting, but it’s still beautiful, the lobster rolls at Fox’s Lobster House in York are still amazing, the donuts at Congdon’s in Wells are still glorious, and the early morning trip to Portland to get coffee beans from Tandem Coffee Roasters still makes me smile.

All of the things that made our first road trip one of the best our family has ever had are still there, and still wonderful, but now they’re like favorite songs you put on repeat, that you can recall in your head anytime you want. And now that my daughters are older, eight and 14, we all remember that first formative trip fondly. It serves not only as a sweet memory but as a guide to spending time together, even when we’re not in far-off places. Even if we’re just out for dinner near where we live, we savor everything—food, atmosphere, but especially each other’s company, because being together, in those moments, is all we want to do. 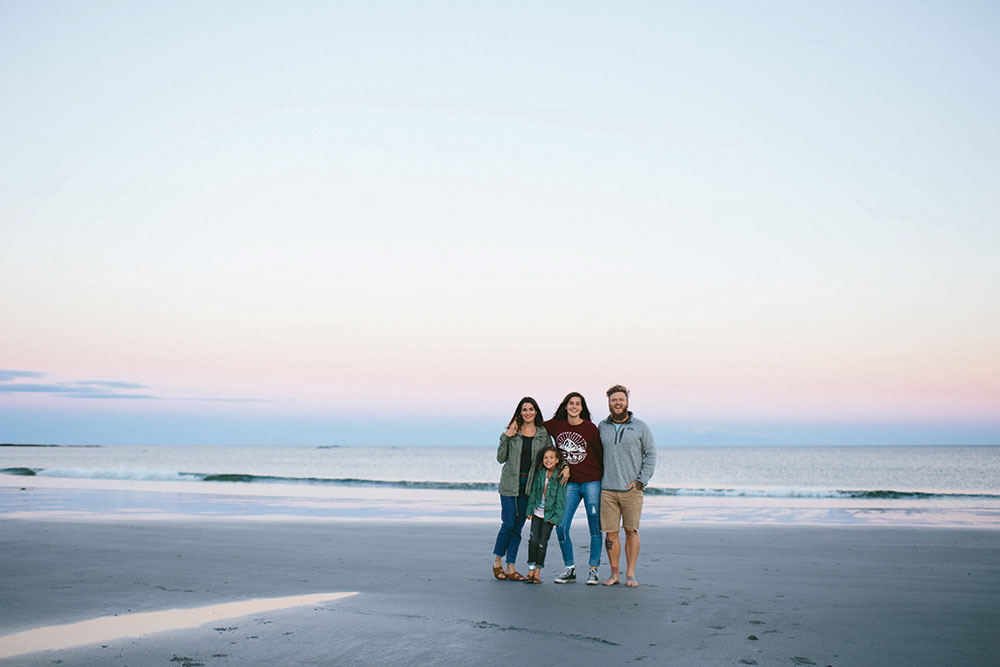 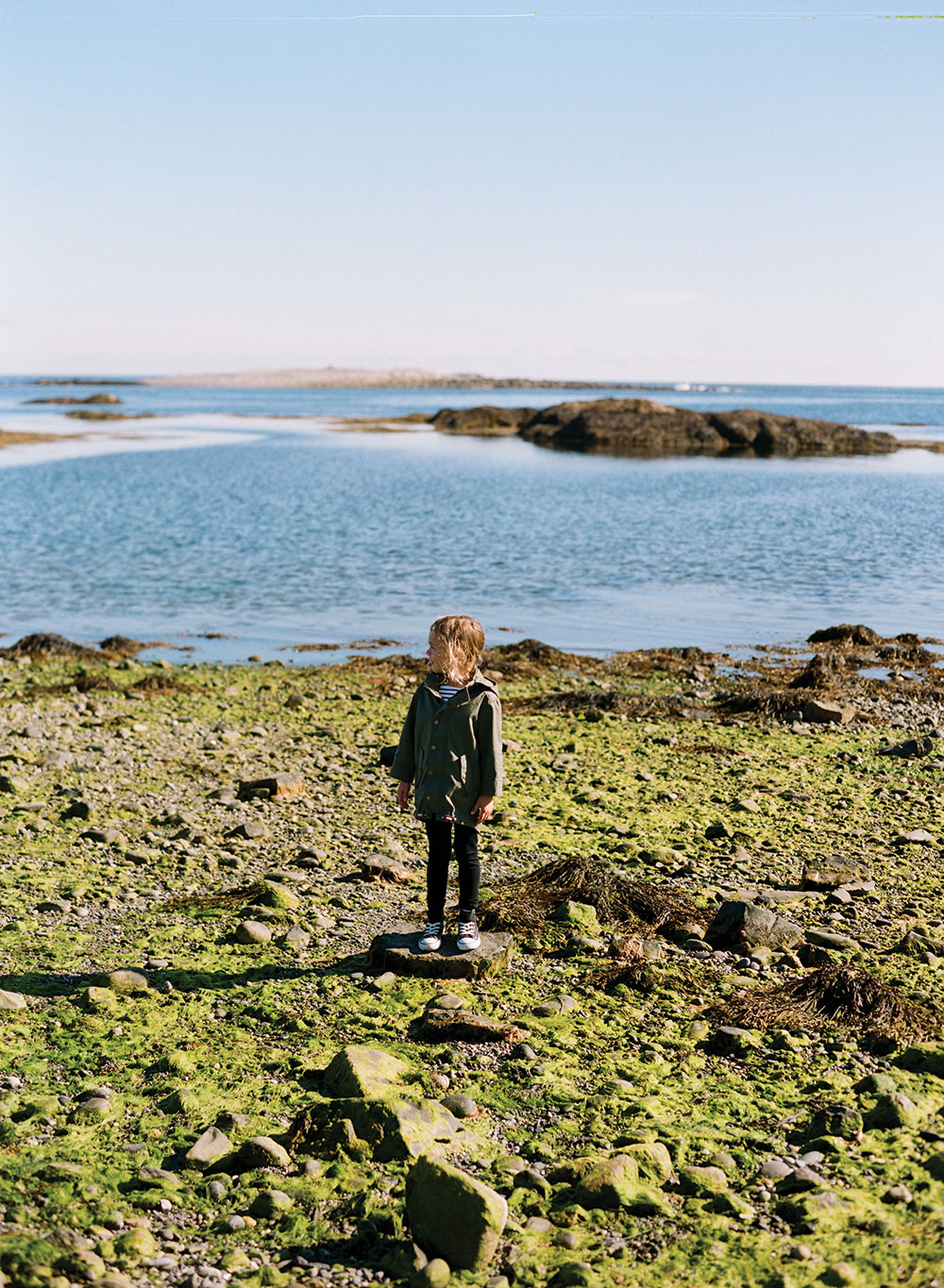