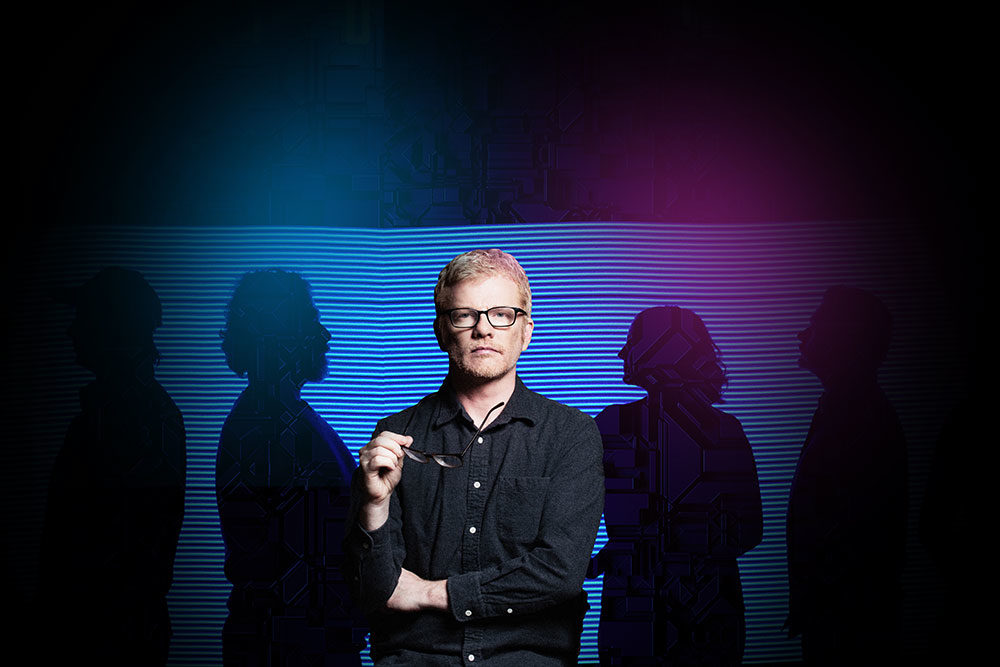 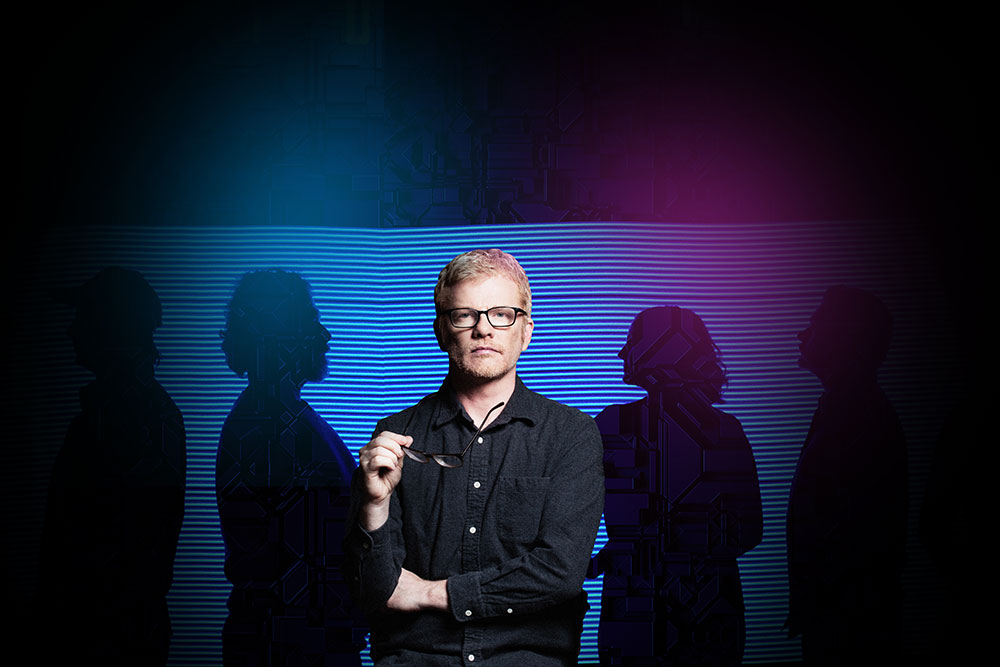 The Creative Onus is on Carl Newman, For Now

The loss of a major songwriter would sideline most bands. But the New Pornographers are not like most bands. In fact, in one sense, they’re not really a band. The group, formed in Canada in 1997, self-identifies as an open, changeable collective, a rotating indie dream team made up of members of several exalted underground rock acts and topped off with the soaring voice of an alt-country queen. Throughout their nearly two-decade existence, the outfit’s songwriting duties have been split between singer and guitarist Carl Newman (AKA A. C. Newman, the de facto leader) and singer and multi-instrumentalist Dan Bejar.

But for the making of their seventh studio album, Whiteout Conditions, released in April, and their subsequent promo tour, Bejar elected to sit things out and continue concentrating on his own band, Destroyer. This put the creative onus largely on the shoulders of Newman, who wrote all the tunes for the new album and has steered the mighty pop juggernaut back onto the road for summer dates in North America and Europe. (At press time, the band isn’t scheduled to perform in the New York City area, but will be in Boston on July 21, Montreal on July 23, Buffalo on July 25, and New Haven, Connecticut, on July 27.)  So is it weird for Newman to be the only one writing the songs this time out? Has Bejar’s break given him pause?

“Not as much as people think, really,” says Newman. “Dan’s been a friend of mine for a long time and there’s always been a certain dynamic with the way we work. Like, right after we made our first album [Mass Romantic, 2000], Dan suddenly announced that he was moving to Spain. We thought we’d lost him, but then he ended up coming back in time for the next album. With this one, Dan’s absence mainly meant that there were, like, three more songs for me to write this time. But that’s how it is, we’re used to people coming and going and having different lineups. For this tour, we were lucky to get [founding singer] Neko Case—there’ve been other times when our tours conflicted with hers and we had to go out without her.”

The New Pornographers began as somewhat of a lark in Newman’s native Vancouver in 1998. It was then and there that the front man, already known for his work with grunge punks Superconductor and pop revisionists Zumpano, began bouncing around the idea of starting an “all-star” project with Case, Bejar, drummer Fisher Rose (soon replaced by Limblifter’s Kurt Dahle), Evaporators bassist John Collins, and synthesizer player Blaine Thurier. “We’d all been talking about starting a project together for so long that no one we told about it thought we’d ever actually do it,” explains Newman. “They were all, like, ‘Yeah, yeah, yeah, whatever. You guys keep talking about this band you’re gonna start, blah blah blah.’ So we had the idea before we ever got together to play, and we felt like we kind of had to deliver after a certain point.” 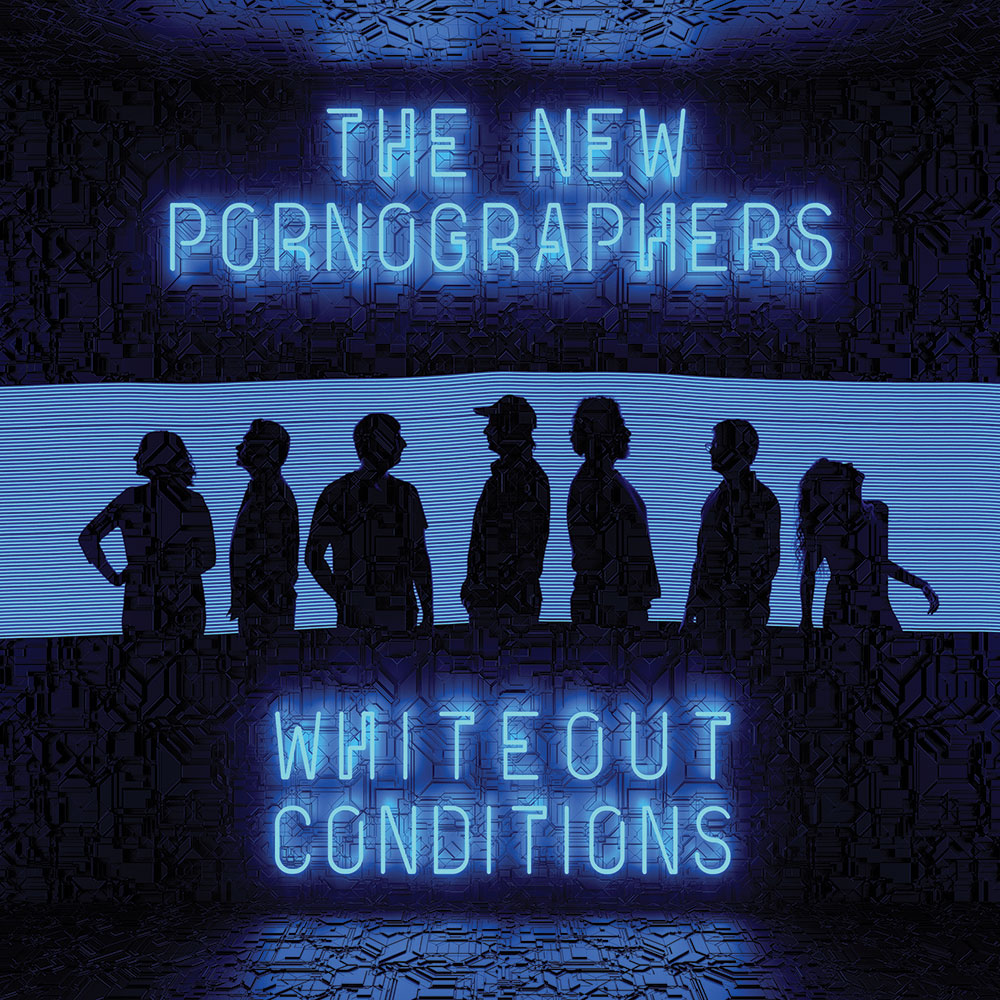 And deliver they did. Mass Romantic, the New Pornographers’ debut, a spirit-lifting burst of ’60s sunshine harmonies, slashing power pop guitars, and swirling, Day-Glo keyboards, arrived in 2000, won a Juno Award for Alternative Album of the Year, and generally sent critics into a giddy tizzy—a spell no doubt helped by Case’s concurrently exploding solo career. By the 2001 South by Southwest music festival, the unit was the toast of indiedom, and such was their status as new keepers of the classic pop flame that Ray Davies himself joined them on stage at the convention to perform, quite appropriately, the Kinks’ “Starstruck.” The group signed to indie powerhouse Matador Records and more masterful albums followed as their fanbase grew: Electric Version (2003), Twin Cinema (2005), Challengers (2007), and Together (2010).

Having done their time in Brooklyn, Newman and his wife bought a place in Woodstock and moved upstate in April 2009. “I’m amazed at how much I’ve come to like the solitude,” the songwriter says. “I was afraid I might feel like a fish out of water, but I just keep meeting more and more cool local musicians.” His growing list of local collaborators includes folk legend Happy Traum, keyboardist Marco Benevento, and folk rock duo Mike & Ruthy.

Not long after the 2014 release of the New Pornographers’ Brill Bruisers, Newman met and began jamming with another cool local: singer-songwriter and violinist Simi Stone. “Carl and I did some Neil Young songs together for a Woodstock Day School benefit concert, and our harmonies just sounded so great,” recalls Stone, who fronted New York band Suffrajet before herself moving to Woodstock, where she performed with the Duke & the King and began a rising solo career. Newman recruited her for the New Pornographers in July 2015. Although she doesn’t appear on Whiteout Conditions, she’s found the experience of singing alongside Newman, Case, and the others to be a revelatory departure from her own self-described “mountain Motown” music. “I’m really honored to be included,” she says. “[The New Pornographers’ music] is a lot more complex than mine, but I took to it really fast. It feels as good playing it as it does listening to it.”

Indeed, while spinning Whiteout Conditions, it’s not hard to imagine how good it must feel to perform such songs as “Play Money,” whose percolating pop perfection is marked by Case’s cresting lead vocal, or the driving “High Ticket Attractions,” which Newman admits was fueled by the anxiety he felt during the 2016 presidential election (“the Magna Carta / it’s under water / We left it there for the sons and the daughters”). “It was hard to avoid any of that stuff sneaking into the music, the shock that the country could be so stupid as to elect someone like Donald Trump,” he says, adding that the threat to his family’s health insurance via the administration’s vow to repeal the Affordable Care Act has been especially troubling. “It made us think of moving to Canada—seriously,” says Newman. “It’s, like, what is the end game here? For us to be paying $2,000 a month until we die just so we can have health insurance?”

Fortunately, Trump and the GOP’s attempts at eradicating the advances in health coverage put forth under President Obama have, so far, foundered. And, thankfully, Newman, along with his wife and five-year-old son, is staying put in the Hudson Valley, where he plans to continue creating transcendent music. But by no means does Newman take the New Pornographers’ exploding success for granted. The band’s trajectory has been “amazing,” he says. “Really, I was just happy that we were able to sell out Brownie’s. That would’ve been enough for me.” 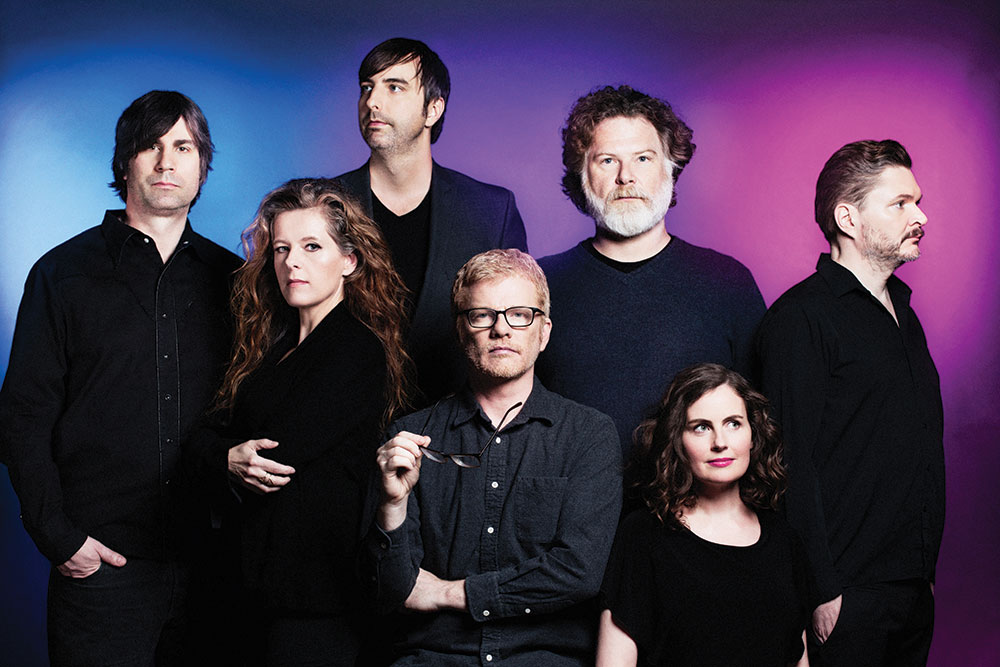