This week is Newburgh week on Upstater. But before we get into any interesting real estate, I’m going to present to you a little refresher course on Newburgh so that you can understand where Newburgh is at and what it has going on already.

When many people hear the word Newburgh, they think of some of the bad press that has made the headlines. The current state of things in Newburgh now is much like NYC was in the 70’s and 80’s. The city prospered in the early twentieth century because of the many industries that were located there. For many reasons–the flight to the suburbs, the discontinuation of the ferry, the closure of the railroad, the creation of highways that cut Newburgh off, and the absence of factories and jobs—Newburgh eventually became something of a ghost town. This decline was seen as early as the 1950’s. When urban renewal swept the nation, Newburgh, along with many other cities, saw the destruction of some of its most historic buildings and downtown centers in the late 60’s and early 70’s. Newburgh’s waterfront, with its downtown shopping area, was almost entirely destroyed. Promises to build it back up have come and gone. In the past few years, part of the waterfront has been built back up. There are now posh restaurants, a film center, salons, and condos. However, there is a huge section that still waits to see development.

The departing middle and upper class was replaced by a large amount of people on public assistance who are for the most part not home owners and who generally don’t take care of their own residences as homeowners. There still remain many vacant buildings, which attract crime. Newburgh does have gangs and murders. Thankfully there were recently two large FBI busts that have slowed things down considerably. Murders usually happen between those involved in illegal activity or in the early AM on blocks that are well known for illegal activity. So as many would advise, don’t participate in illegal activity or take long night walks on suspicious streets and you should be fine.

Some one asked on a post a few weeks back, what makes Newburgh a transitioning city? What signs are there that things in Newburgh are improving? Part of this answer is the reason why I  started my blog Newburgh Restoration. I wanted to show people that there are steps being made in the right direction to restore the city. Let’s take a look at some of the progress one can expect in this “transitioning city.” 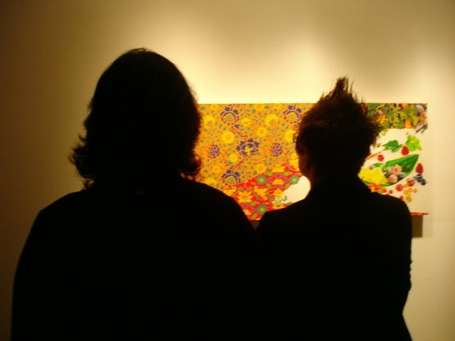 Arts and Culture: Artists and cultural events are usually considered the first signs of a rebound for any city and Newburgh has them. Safe Harbors of the Hudson is restoring the Ritz Theater which is where Lucille Ball and Desi Arnaz made their stage debut. A box office has recently been constructed and further progress will be made on the theater soon. Once completed it will seat 825 people and become an anchor to Broadway. There is also an art gallery in Newburgh, also made possible by SHOH. It’s called the Ann Street Gallery and was voted best gallery in the Hudson Valley three years in a row. There is an art supply store, Newburgh Art Supply, that strives to restore Newburgh and bring arts to the city. They have an art calendar and will be bringing an art tour to the city in October. There was a successful pop up gallery last November that had a great turn out. There is the Karpeles Manuscript Museum that showcases original manuscripts, documents, and art. There is the new Railroad Playhouse that is housed in the restored West Shore Train Station. The playhouse strives to provide a home for playwrights to workshop and showcase new plays and develop budding talent. There is also the Newburgh Actors Studio, the Greater Newburgh Symphony, and the Newburgh Performing Arts Academy. On the waterfront there is the Downing Film Center in the Yellow Bird Building that has also received mentions and hopefully will expand in the future. And there is the yearly Jazz Festival in the summer. Not to mention the cultural events that take place at the two college campuses in Newburgh, SUNY Orange and Mount Saint Marys. 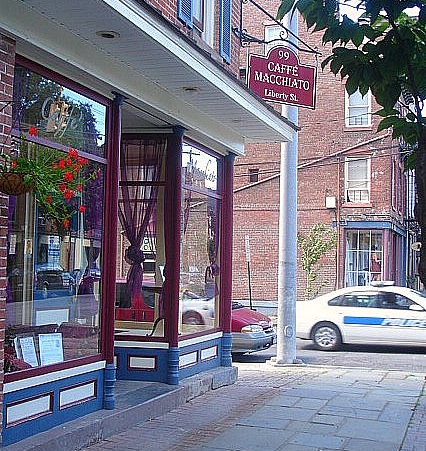 Eateries: The next thing people often associate with a renaissance are bookstores and coffee shops. Currently there are no cozy nook book shops. There are, however, quaint coffee shops. Most well known is Caffe Macchiato. They have received many mentions and praise for their authentic Italian food and beverages. The Wherehouse Restaurant is another establishment that is a major anchor to the Liberty Street area. They have a hip retro restaurant that hosts live music every week. One of the coolest establishments coming to Newburgh will be the Newburgh Brewery. It was started by two entrepreneurs who wanted to bring change to Newburgh. They will open a restaurant/tasting room on the top floor. Keep an eye on them as they should be up and running by November/December. Simple Gift and Goodies is a quaint shop that has undergone a major renovation. The owner Nancy is a doll. A new coffee shop will be coming to Broadway, also partnered through Safe Harbors of the Hudson. There is the Terrace Lounge which in the summer has a garden cafe called the Fairweather Cafe. A brand new cozy shop called LiberTea is also now open. There’s a flower shop called Jenny’s Floral Designs, and Commodore Chocolatier, a chocolate shop decades old. The waterfront is full of posh eateries like Pamela’s on the Hudson. However, the roads were designed in such a way that it’s possible for one to visit the waterfront with out actually having to drive through Newburgh. The eventual goal is to bring business up towards Broadway. One such business taking that move is the new night club the Dry Dock. Also, I can’t leave out the various farmers markets throughout the city.

Transportation: Newburgh was a bustling city that used to have trolleys transport people around town. Although those trolleys do not exist today, Newburgh is very accessible by 3 major roadways- I84, I87, and 9W. You can arrive by the Newburgh-Beacon bridge, or by taking MetroNorth from NYC up to Beacon and crossing over on the ferry for $1. Newburgh is also accessible by plane via the Stewart Int’l Airport. There is a bus, but not one that stops at every corner. Newburgh is a city that is walkable. In the future when further developed, it would be possible to have all your amenities within walking distance or a bike ride away. One of the biggest factors Newburgh has in it’s favor is it’s close proximity to NYC. It’s approximately 60 miles away, a lot closer than Northern sister cities that have already seen development.

Neighborhoods: Like any other large city, Newburgh has neighborhoods. One of the areas that has been mentioned quite a few times on my blog is the Heights Neighborhood. Neighbors there seem to have a real sense of togetherness. They watch out for each other and they even have a neighborhood association. Other areas with great housing stock and neighbors are the Montgomery, Grand, and Liberty Street area, and Colonial Terraces. There are a few bloggers chronicling the work being done on their homes, including Door Sixteen, My Second Favorite Organ. 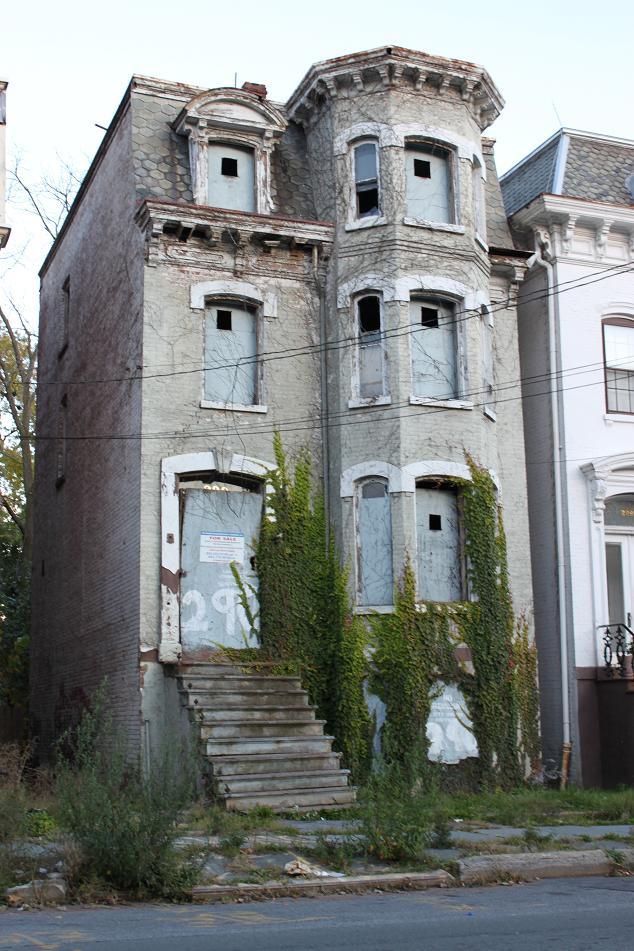 History and Architecture: Like many other cities, Newburgh’s history and architecture are what draw people in. Last time I checked Newburgh had the second largest historic housing stock in New York State, only second to NYC. Newburgh’s history has been so well documented that you can probably find original photos or stories on most of the homes in the city. There are all types of architecture such as: Federal, Greek Revival, Gothic Revival, Queen Anne, Second Empire Style, and more. From mansions to humble row homes, Newburgh has an amazing housing stock that is affordable. Famous architects who have had a hand in sculpting Newburgh are Calvert Vaux, Andrew Jackson Downing and Frederick Law Olmstead. There are even national landmarks, Washington’s Headquarters and the Dutch Reformed Church.

There are a lot of people who are excited about Newburgh and are dying for a change to happen. Almost every major town or city on the Hudson River has seen some sort of revitalization. When will it happen for Newburgh? No one really knows. But, there are a lot of people who go unmentioned working very hard at it. Many feel that with all the above factors combined, it will only be a matter of time and patience for when Newburgh will start to come around full swing. If you are a preservationist and would like to be part of restoring something historically grand, Newburgh might be an option for you. Every year I have done the blog, I make a list of milestones the city has achieved. For a look at these achievements click here, and here.