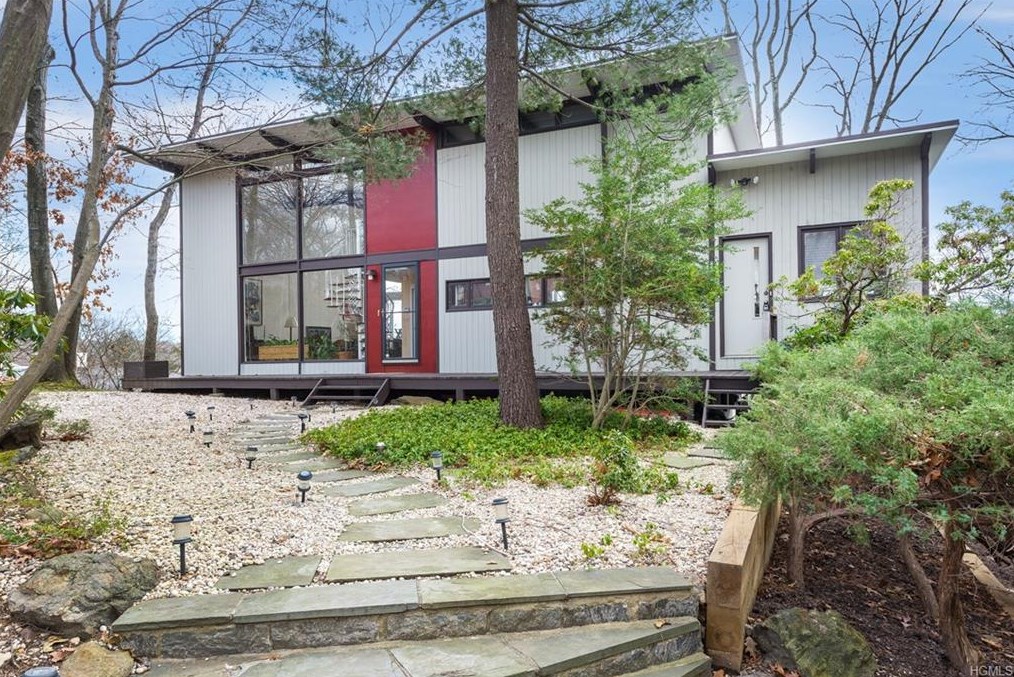 Looking for a Mid-Century Modern home in the Hudson Valley? Go straight to Westchester County for a vast array of snazzy houses built between 1950 and 1971, the meat of the Mid-Century Modern design movement. This Ardsley house is sleek and open, just what we’d expect from a Mid-Mod, not to mention Frank Lloyd Wright-ian in its connection to its natural environment, inviting the outdoors in through floor-to-ceiling windows.

The entryway sets the tone for the 2100+ square foot interior with stone floors, spiral staircase, and glass wall overlooking the property’s tidy, almost Zen-like landscaping. The living room, which opens onto the deck, comes with the fireplace and flows seamlessly to the study. The 16′ ceilings sweep up to the second floor loft with eye-popping views of the area thanks to the home’s perch on the top of a hill. Includes three bedrooms, two full + one partial bath, finished basement, and one-car garage.

Expect Westchester County taxes. For this property, they’re over $22,000/year. 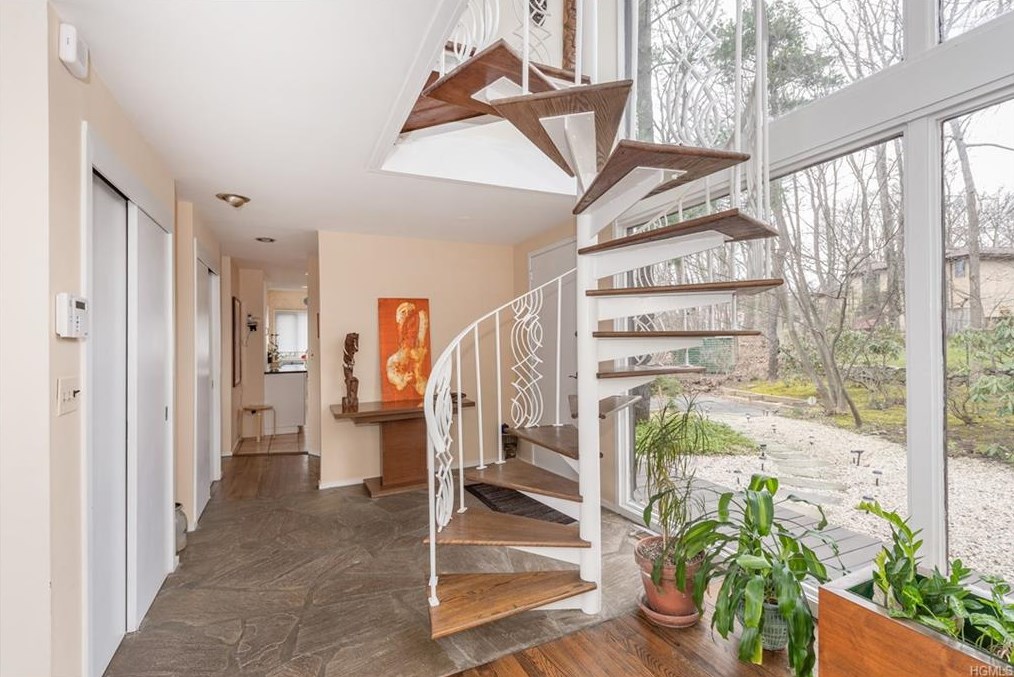 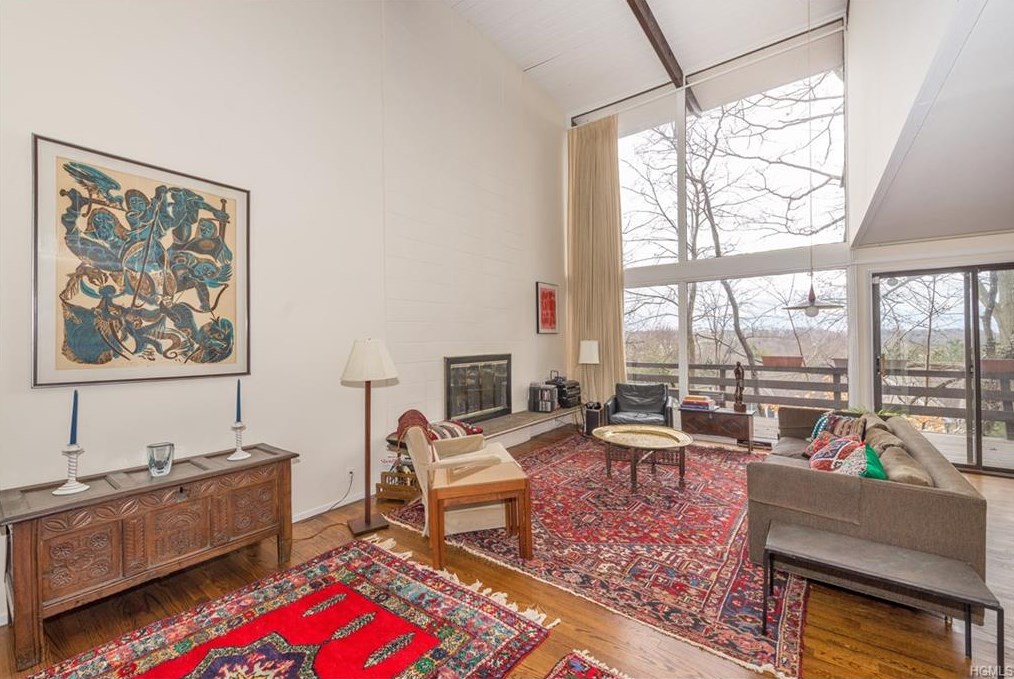 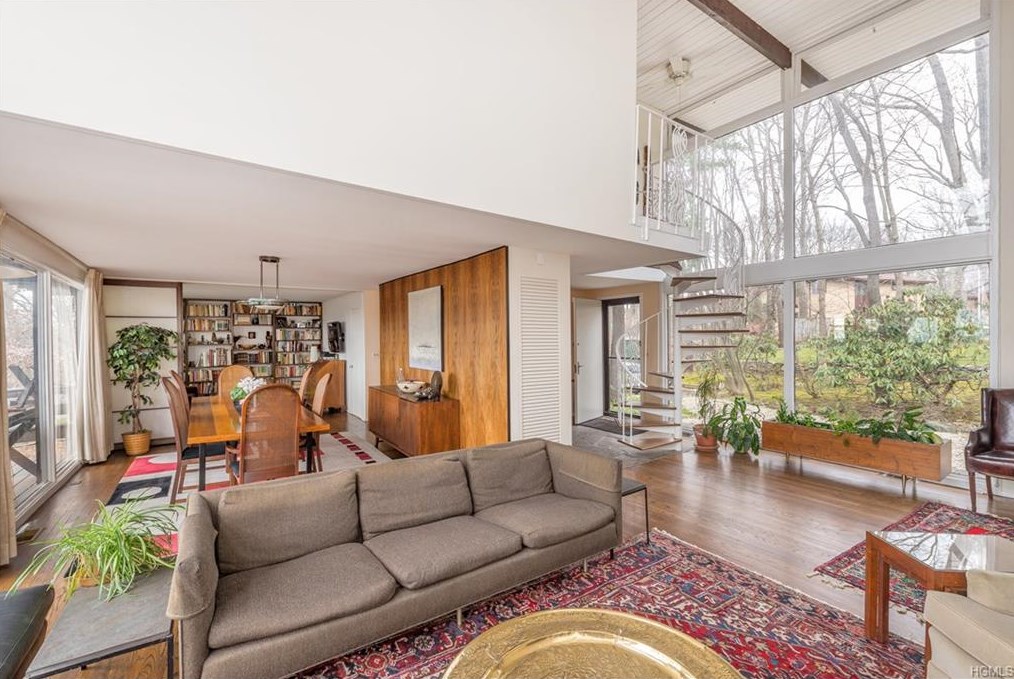 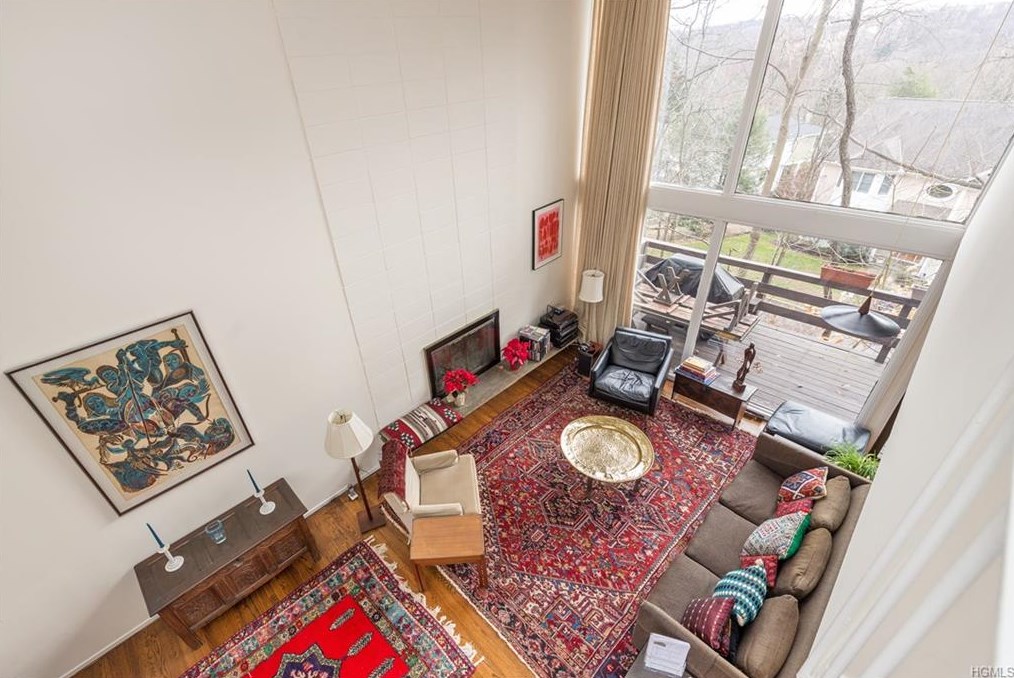 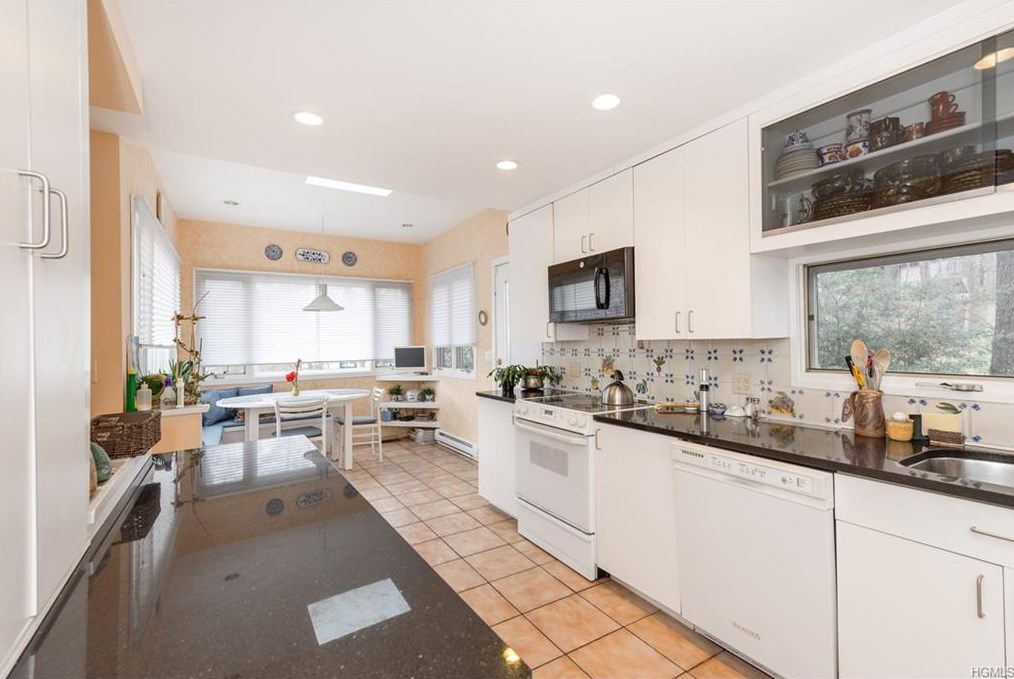 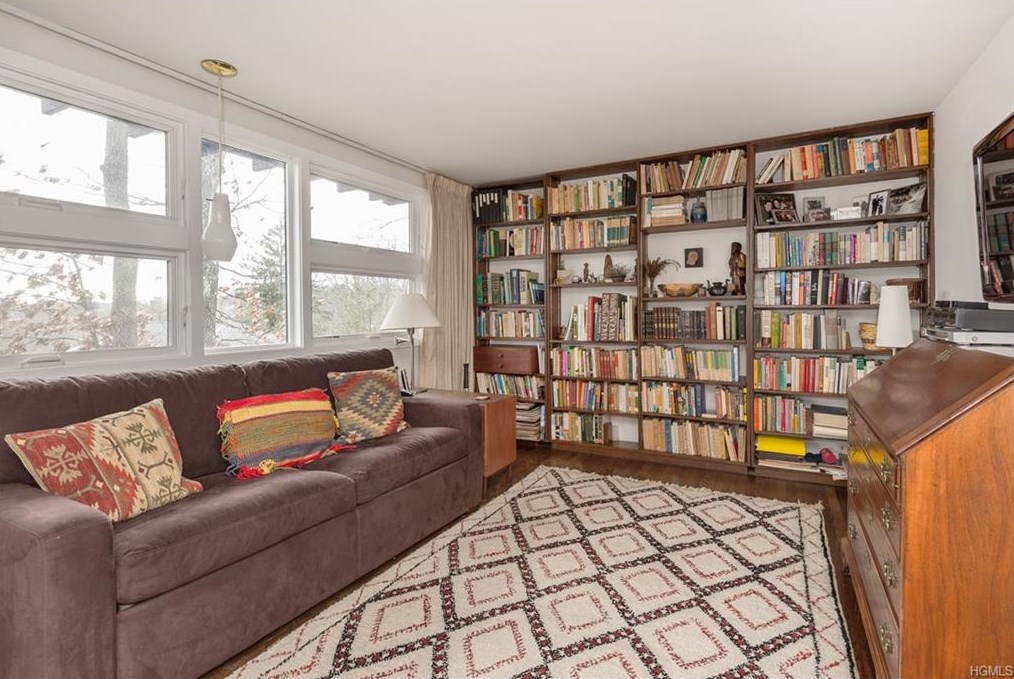 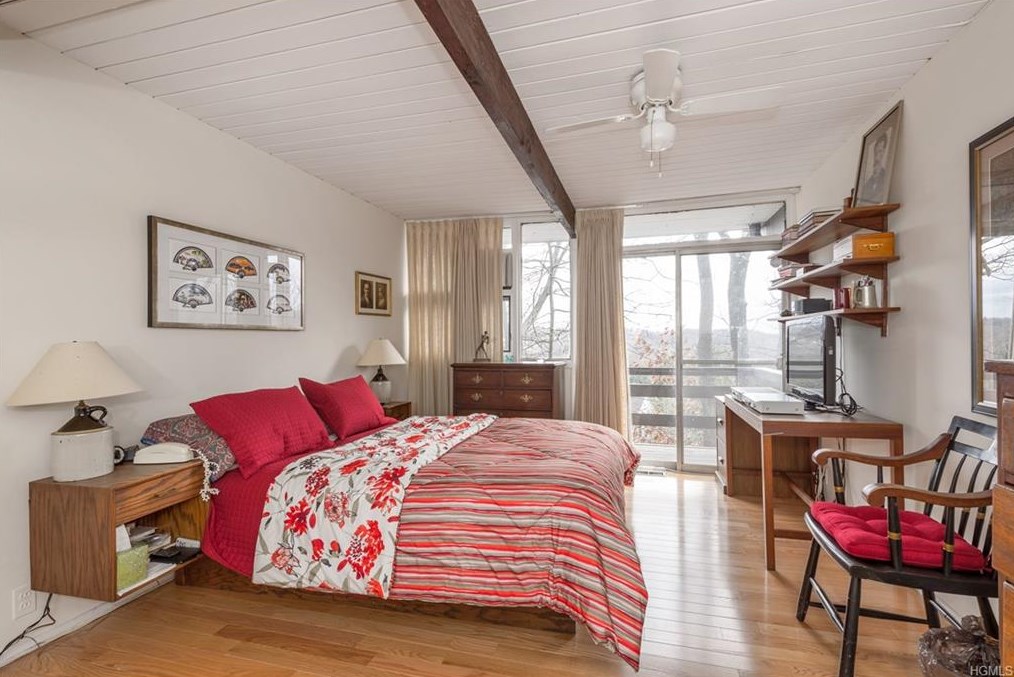 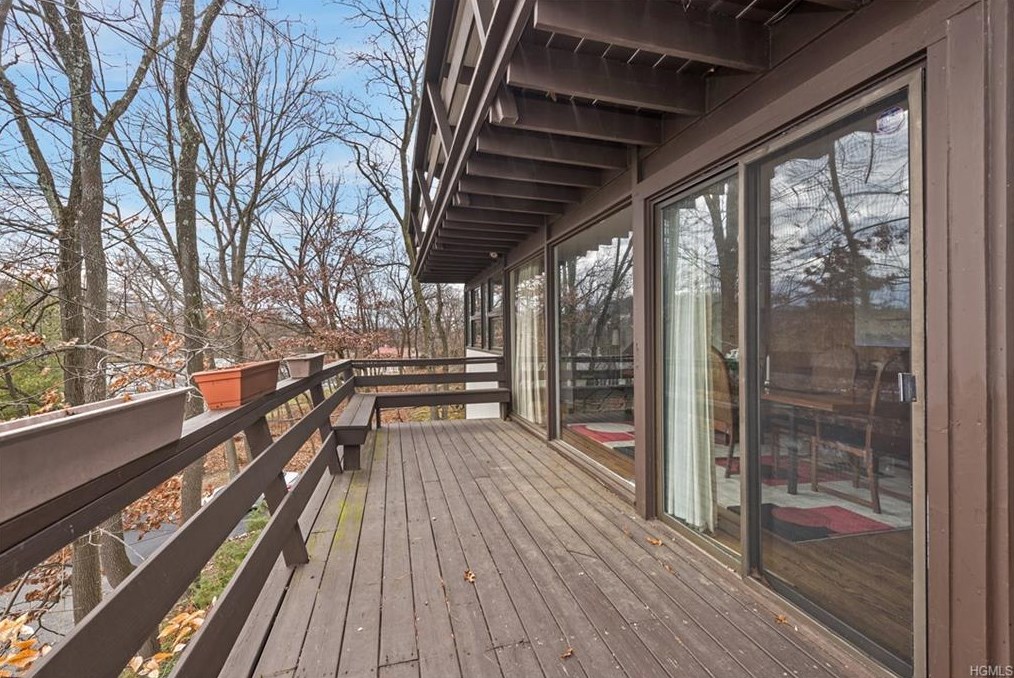