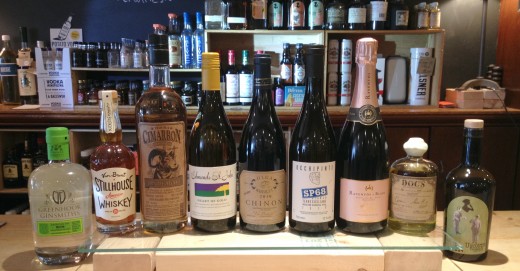 After 7 pm on a weekday night, the streets of Kingston inevitably clear out. Scattered street lamps cast shadowy light on the stragglers with turned-up collars rushing into Boitson’s, the vape zombies lingering in front of Snapper’s. But for the most part it’s a lonely landscape for the solitary soul, soft shoeing and singing the wrong words to the mostly forgotten musicals of a misspent youth.

From out of a self-involved stupor, I’m suddenly standing in Ester Wine & Spirits. I’ve failed to remember where I am because I could easily be in my living room. Glasses of wine appear, conversation is easy and unforced. The owner, Robert Provenz, tells me about a drunken midnight mass in Greenpoint. I counter with my own myths, the Manischevitz and Southern Comfort pouring through those days as an imitation redneck, growing up in New Hampshire. Robert’s got the kind of laugh that brings you along without having to be roped in by the punchline. One day, we’ll quit this crazy scene, build a treehouse and become blood brothers.

Yes, I would like to friend him. But how does one do that in the modern age without a computer screen between us?

Back on the street, the flashbacks follow me home. Am I just trying to blow smoke into propped-up thoughts so I can post pointless words and count the clicks? Is this a mental Yelp review, written by the loneliest man on earth?

No, it isn’t a hallucination. Ester and Robert are kindly living, breathing creatures.

The warm yellow lights are the initial magnet. The hand-drawn “Open” sign. The shrewdly laid-out selection of affordable, delicious wines live on islands as you navigate through the narrow valleys of fermentation. 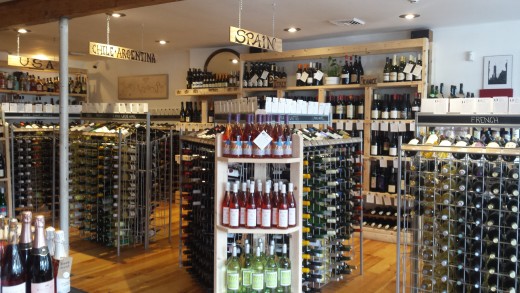 All the way to the back wall, to where the modest mecca of whiskeys line up like proud soldiers ready to sacrifice themselves to the meanest thirst.

Tastings are common and neighborly to the core. A few weeks ago, Anatole Malukoff brought some Hillrock whiskies down from the hills, one of those simple epiphanies that revives the restless muscle in your mouth. (Ahem.)

And what elevates Ester to the stratospheric level of gods amongst men, separating themselves from the rest of the rocket ship that is upstate New York — they’re open every day and they are open late.

Then there’s Robert. Instead of bagging your booze and sending you on your way, he might pour you a random glass of red. Ask him about the terroir of the wine you’re having, mention the magnificent Sparklehorse on the stereo, remind him about his days roaming through Greenpoint.

These words were meant to be articulated in person before we walk in opposite directions, wandering through all the strange and wonderful days of this very real life.