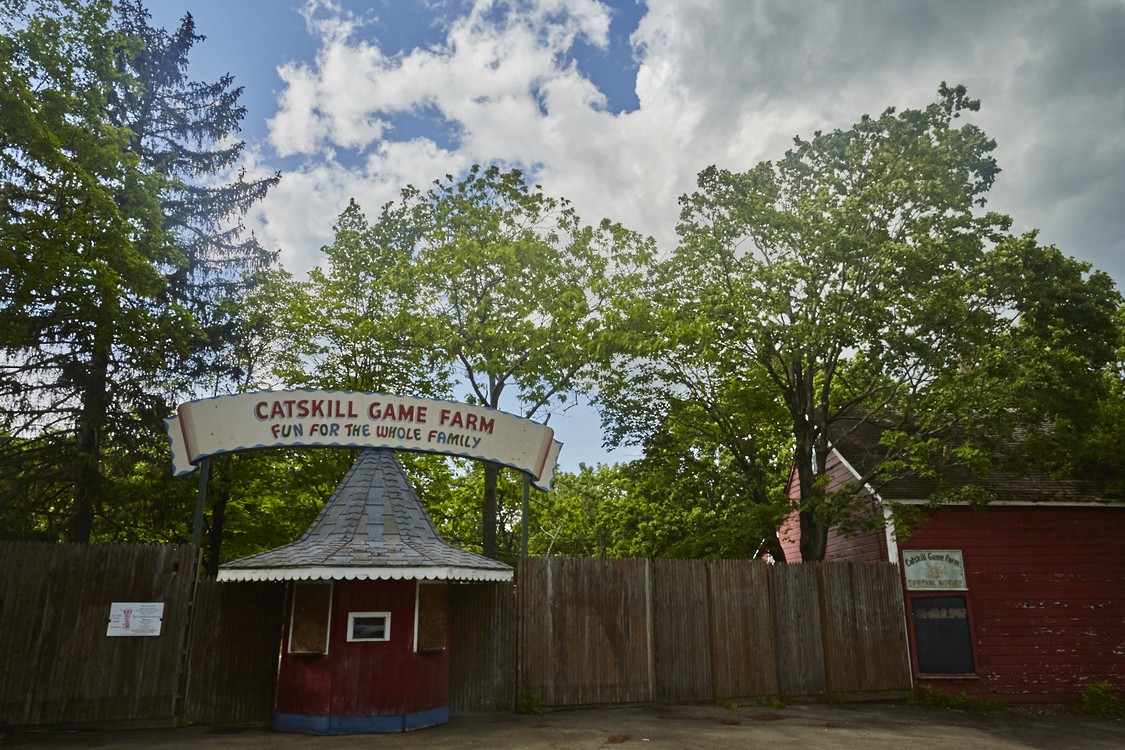 Starting this spring, visitors to Greene County will have the option of hanging their hats at Old Game Farm’s Longneck Inn, which is the only Hudson Valley structure we know of that can boast giraffes as prior tenants.

The Catskill Game Farm, founded in 1933, sold off its last animals and locked its gates in 2006. In an era of different sensibilities, vast throngs of Hudson Valley and New York City children spent glorious days there, meeting hippos and zebras face-to-face and feeding corn to pygmy deer. “The place was a cutting-edge zoo in the ’30s, ’40s, and ’50s,” says Cathy Ballone, who, along with her husband Ben, purchased the former zoo back in 2012. “But that changed very rapidly.”

Long before the Ballones got involved, back when the Game Farm was closing down, there were controversies over the fates of the animals who’d lived there. USDA inspection reports had been indicating problems for a couple of years, and when the company liquidated, although locals organized to make sure many of the creatures stayed in good hands, others went to buyers connected to “canned” hunts, and an SPCA complaint was filed.

When they bought the property, the Ballones had a ton of cleaning and straightening to do. Some buyers might have found it easier to raze the funky zoo buildings and do something entirely different, maybe even subdivide. Luckily Ballone—a Hudson Valley lifer with Brooklyn roots, and proprietor of Cathy’s Elegant Events—recognized that she had an iconic property in her hands. “There were just so many cool possibilities,” Ballone says. “We knew we’d regret it if we didn’t take this on, and we’re still really happy with the decision.” 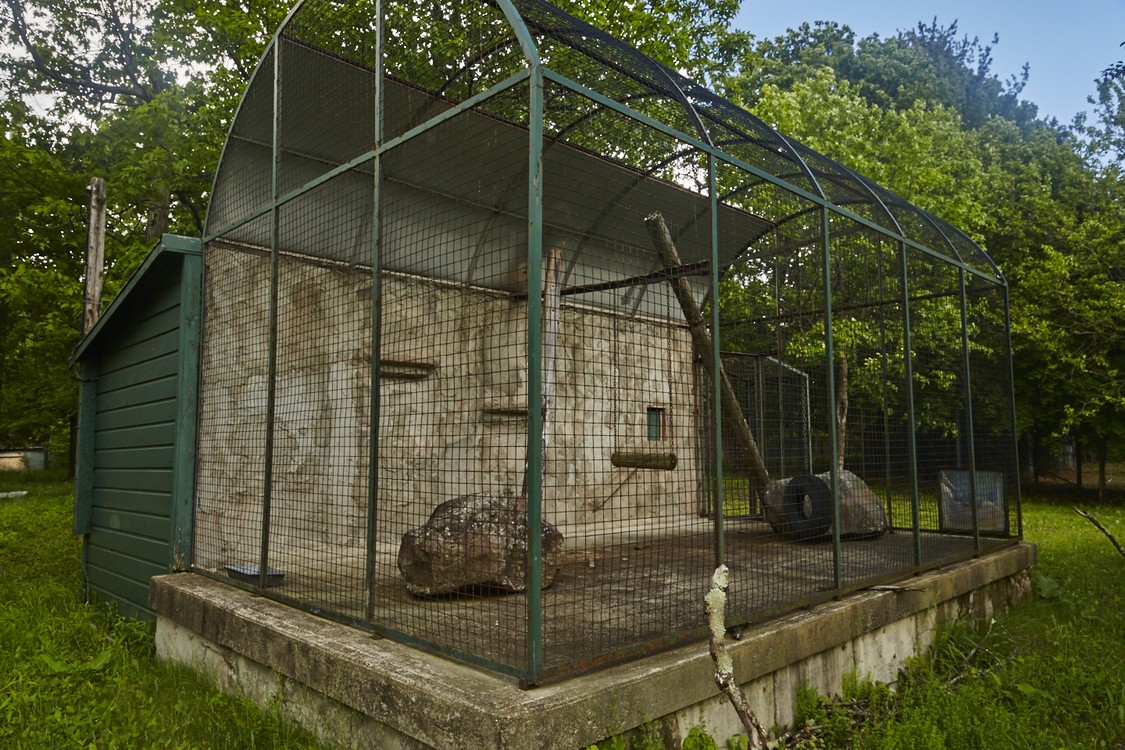 Starting in 2014, the couple began offering self-guided tours by reservation and quickly realized that their instincts had been correct: People loved the property, whether revisiting childhood memories or simply experiencing a destination unlike anywhere else they’d ever been. “The tours have only gained in popularity,” says Ballone. “Abandoned hotels are a dime a dozen. Abandoned zoos? Not so much.”

The Ballones began welcoming campers to two fully-equipped Tentrr sites in 2016, and reviews are spectacular, with Tentrr campers calling the experience “delightful and strange.” “Having the Old Game Farm available to walk around in made you feel truly transported to another world,” says another. The Ballones are boarding some horses, goats and, peacocks, but there’s nary a capybara to be found.

The Longneck Inn has been taking shape for a year. “The downstairs will look much as it originally did, but we’ve added a radiant floor,” says Ballone. “It’s kind of a different take on industrial chic.” The upstairs is all new construction and features five guest rooms named for previous zoo inhabitants: the Giraffe, the Rhino, the Elephant, the Pygmy Hippo, and the Zebra. “We donate a portion of each night’s stay to protecting that animal,” Ballone says. Rooms will feature memory foam mattresses, smart TVs, and en suite baths. There’s also a communal kitchen available to guests. “Long term, I plan to have a shopping list available to choose from and have things ready for guests when they arrive,” says Ballone. “Meanwhile, I can tell you the best places to stock up on your way here.” 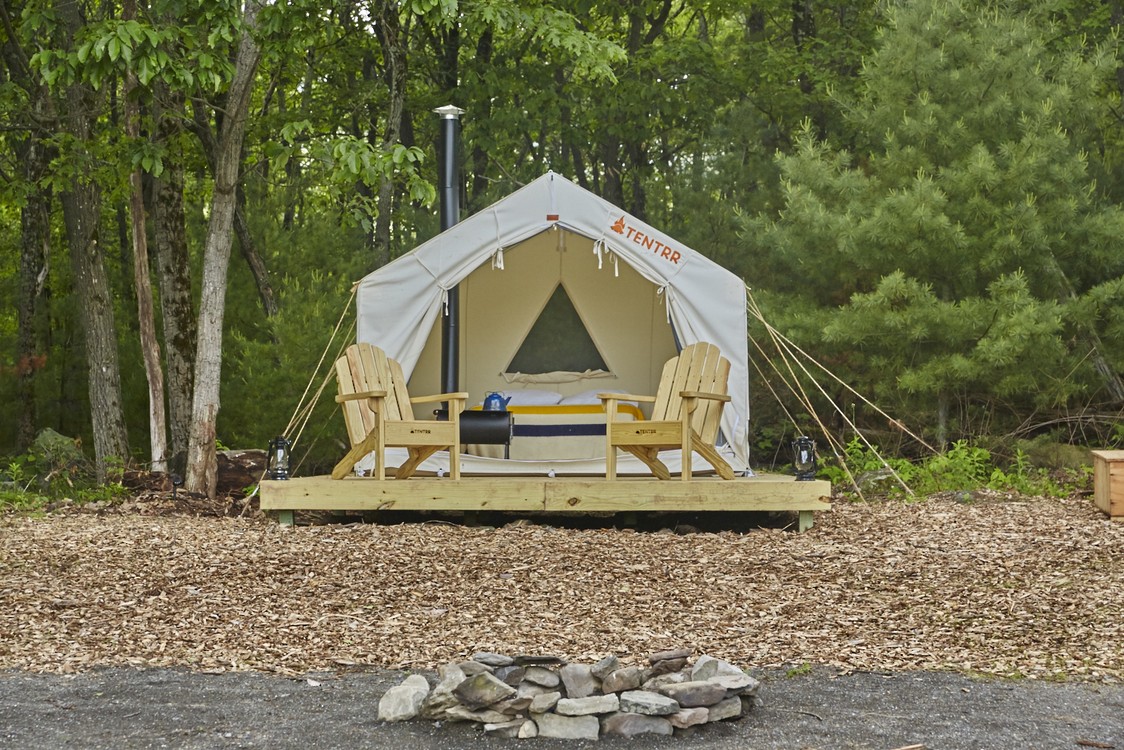 She’s also looking forward to creating some of her trademark Elegant Events on the premises. “How many people can say they got married in an abandoned zoo?” Ballone wonders. “I’d guess not many.” And long range, the couple plans to add a tent and RV campground and a museum devoted to the property’s history, keeping as many trees and as much original zoo infrastructure as possible, and offering workshops on topics like maple syruping, honey harvesting and candlemaking.

Ballone loves the memories that flow her way from former guests and staff. “There was the time the rhino broke out,” says Ballone. “They had no contingency for that apparently. After they tranquilized it, they had to call a tow truck. So the rhino house has these giant metal bars, and you can see where the second set was added, closer together. When they started having baby rhinos, the babies could fit through. Picture that in the Catskills.”

The Longneck Inn will be taking reservations starting in January 2019. Self-guided tours can be scheduled 72 hours in advance. For more information, email theoldgamefarm@gmail.com. 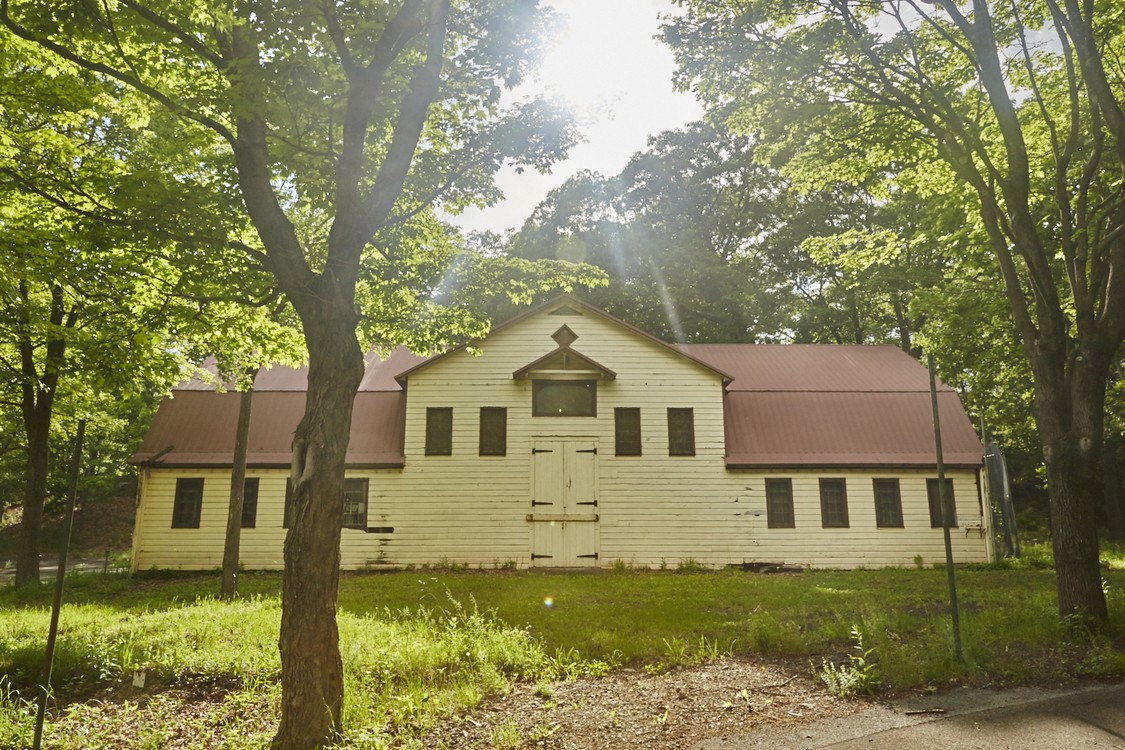