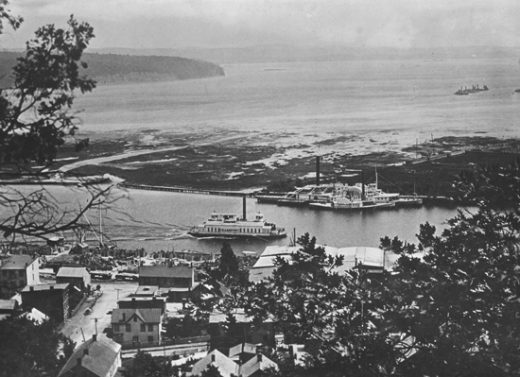 Steamboats on the Rondout

In 1837, Thomas Cornell founded the Cornell Steamboat Company on the waterfront in the Rondout neighborhood of Kingston. It took him only a couple decades to control virtually all freight traffic on the Hudson River. His barges brought coal through the Delaware and Hudson Canal from Pennsylvania down the Rondout Creek through Rosendale to the Rondout waterfront in Kingston and on to New York City.

Today, as you head down to the waterfront and dine at Ole Savannah, located on the Historic Rondout at 100 Rondout Landing, you sit in what was part of the former Cornell Steamboat Company shops. The Cornell Steamboat Company was the dominating towing company on the Hudson from 1880 to the 1930’s. The building was the shop where boilers that were part of the steam propulsion engines for the tugs were built and repaired.

Cornell wanted to expand his activities to the east and formed the Rhinebeck and Connecticut Railroad Company (R&CRR) to move his coal from Rhinecliff on to Connecticut markets such as Hartford. The R&CRR was chartered in 1870 with the first rails laid in 1871, just north of the present day Amtrak Station in Rhinecliff. The train left the station and passed Long Dock, traveling through land owned by William B. Astor. In return for granting right-of-way access on his property, the Astor family benefited by having a private train station built there for their exclusive use. In addition, the railroad’s construction resulted in a huge influx of new residents in northern Dutchess County as hundreds of workers decided to settle in the area after the line was completed. 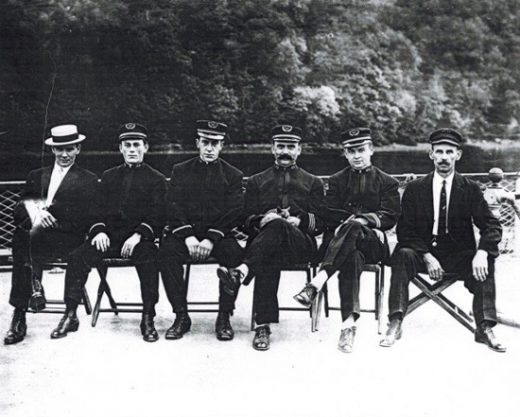 Sailors on the Rondout

The stock market crash in 1873 slowed down construction and cancelled Cornell’s plans to build a bridge across the Hudson from Kingston Point. However, the route continued to expand, reaching the Connecticut state line in 1875.

On Sundays, people coming up from the city boarded the R&CRR to go to the horse races in Hartford. A timetable from 1875 lists the stations as Rhinecliff, Rhinebeck, Red Hook, Spring Lake, Ellerslie, Jackson Corners, Mount Ross, Gallattinville, Ancram, Copake, Boston Corners, Mt. Riga and State line. The three-hour trip across the 42 miles of Dutchess and Columbia counties gave the train the nicknames of the ‘Hucklebush Line’ or ‘Huckleberry Line’ because the train went so slow in certain sections that you could reach out and pick huckleberries from the bushes as you went past. 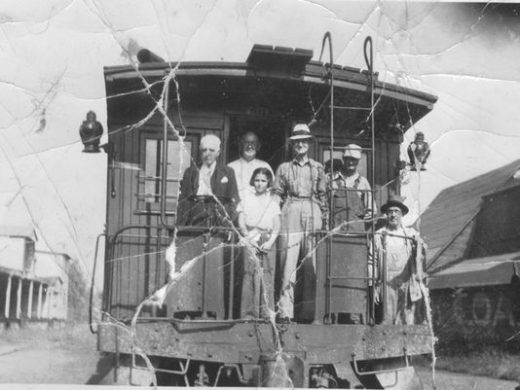 In Rhinebeck, the line ran up parallel to what would become Route 9 (across from Stop and Shop) to the Red Hook station, stopping at Weys Crossing at the intersection of Routes 9 and 9G, where passengers could board the train. You can see the old corridor as you approach the intersection on 9G to this day. The Red Hook station was across the tracks from the Baker’s chocolate factory in what is now Agway. They made 20,000 pounds of chocolate a day, most of which was shipped on the R&CRR.

In 1888, the Poughkeepsie RR Bridge was built (today’s Walkway Over the Hudson). As freight began to move over the bridge, river traffic from Kingston to Rhinecliff began to decline, having a major effect on the R&CRR.  In 1933 passenger service ended and the line was abandoned and tracks were torn up in 1938. Nothing but the roadbed remains today but you can find it if you are observant. It is a great excuse for cruising the beautiful countryside of Northern Dutchess County. If you time it right, you can stop in for a great lunch or dinner in one of the area’s many great restaurants!