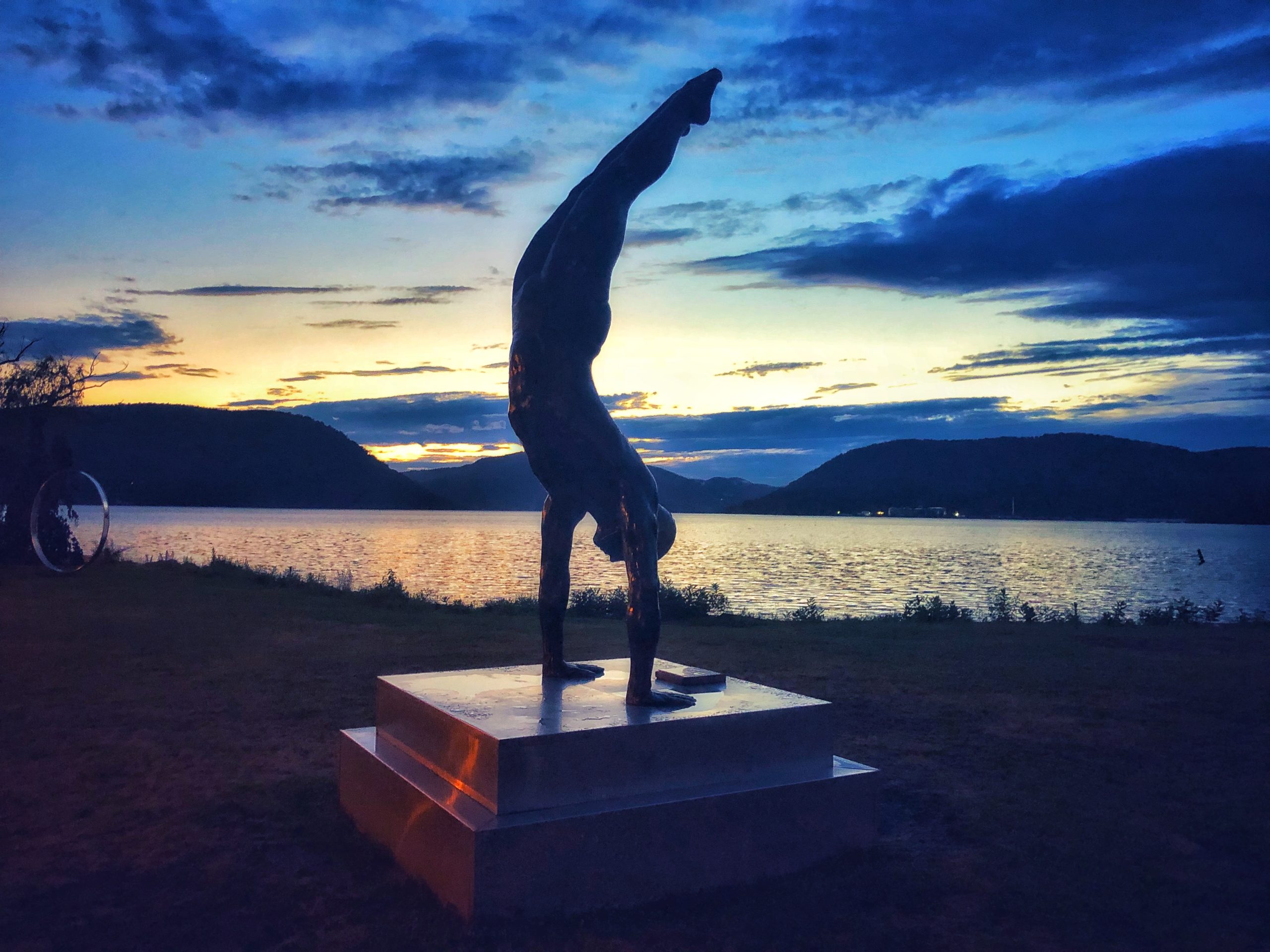 One of my favorite blocks in the entire Hudson Valley is the one in Peekskill where Brown and South Division Street meet. Stand in front of the regal Paramount Theater on Brown and look south: In front of you is the flatiron building that houses the Peekskill Coffee House on its amply windowed bottom floor with the Flat Iron Gallery and a series of artists’ studios above it. To the left is the slender Esther Place, a stone alley of a street with the Bean Runner Cafe, another fine coffee shop that doubles as a venue for live jazz, at the far end of it.

Towering over both buildings is the 157-year-old Church of the Assumption and its adjacent Guardian Building, which houses its rectory. Squint on a warm spring evening, when the windows of the Guardian Building are open and the sound of a practicing choir drifts out, and it’s easy to imagine yourself suddenly in a European capital. 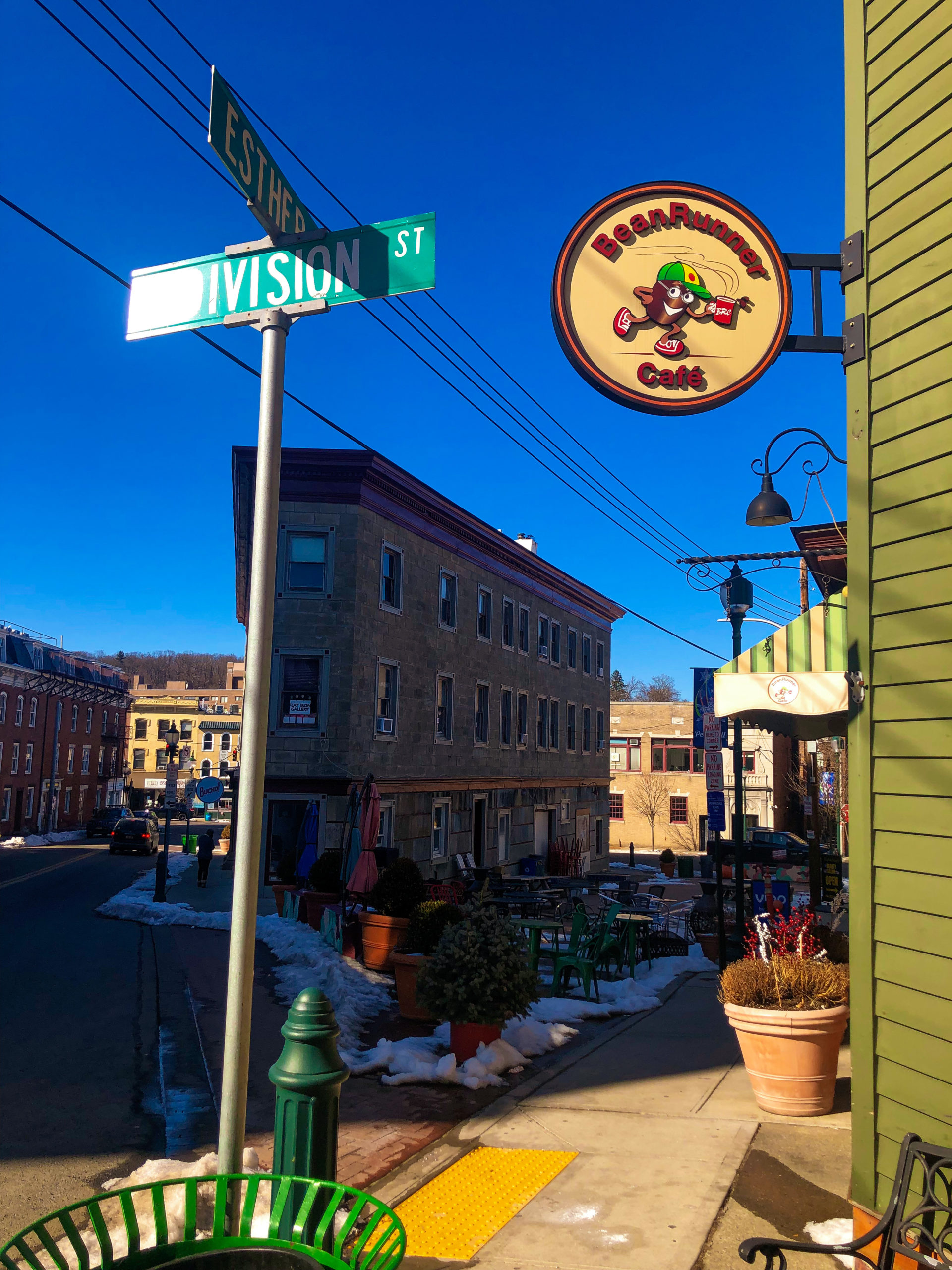 And now the scene is even more inviting. As part of an initiative spearheaded by Peekskill Walks, a group that aims to make Peekskill more “pedestrian friendly,” Esther Place is now closed to vehicle traffic. It’s been transformed into a pedestrian plaza and open air cafe for the patrons of either of the two coffee shops or anyone who happens to be wandering by.

The transformation is part of the rush of energy that’s been building as the city moves into what optimists will call a post-pandemic era and pessimists will call a between-variants era. The Paramount Theater has had its ups and downs even before COVID, but the theater is now steadily booked for the months ahead, featuring stand-up comedy, kickboxing tournaments, and a wide array of tribute acts including the all-female “she-incarnation” of Led Zeppelin known as Lez Zeppelin. 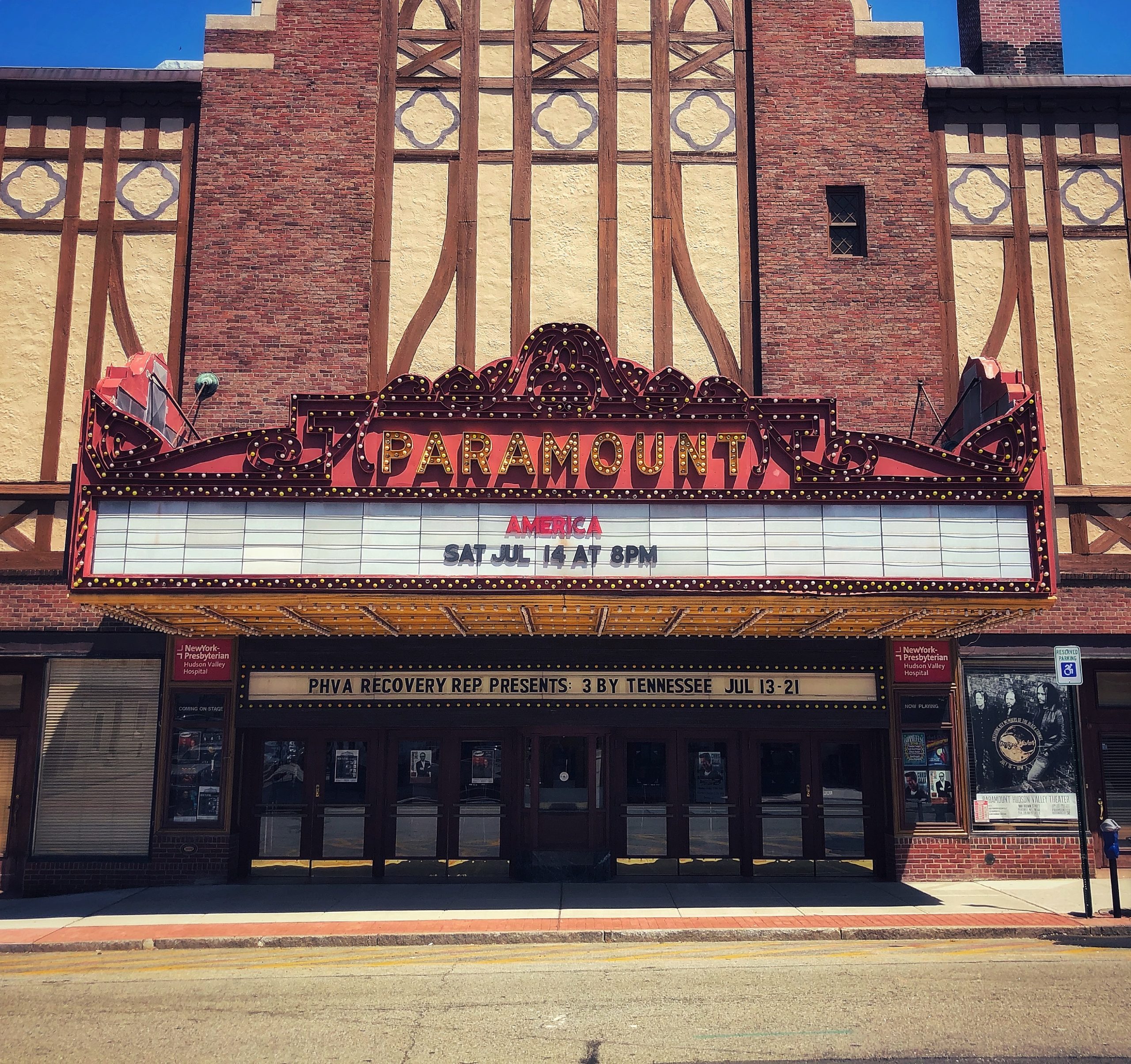 The Peekskill Regenerator Farm near Lepore Park opened, sharing both seeds and produce with members of the community. Peekskill Brewery, one of the first wave of craft beer brewers in the Hudson Valley, recently purchased its own building in the hope of making future improvements and expansions.

The Hudson Room is being transformed into Rocco’s Downtown, an Italian restaurant helmed by the chef of Peekskill’s own Fin & Brew, which itself recently reopened after having been sidelined by much of the pandemic. The Eagle Saloon also just rebranded itself into the bright and enticing Pink Iguana.

That’s even before one gets down to Peekskill’s waterfront, one of the largest and most beautiful public riverfront parks along the entire Hudson River. Even in the winter it’s a stunning spot as the currents from the not-yet-frozen center of the river push into the icy edges of the bay, crushing the ice floes into sparkling, jagged lumps that earn the waterfront the seasonal nickname “Diamond Beach.”

It’s here that The Central has just opened inside of the MTA’s old Peekskill train station. Only open on weekdays, half of the station has been transformed into a coffee shop, with the other half to open soon as a lounge and bistro. A Vesta flip message board hangs on the wall to display approaching train times, although the board can be programmed to convey other kinds of information. When I was there, the tiles flipped between up-to-the-minute stock prices and a map of the United States.

The Central is designed to cater to train commuters grabbing a coffee before work or, once the other half is done, decompressing from a day at the office with a quick drink and maybe grabbing a rotisserie chicken to take home. 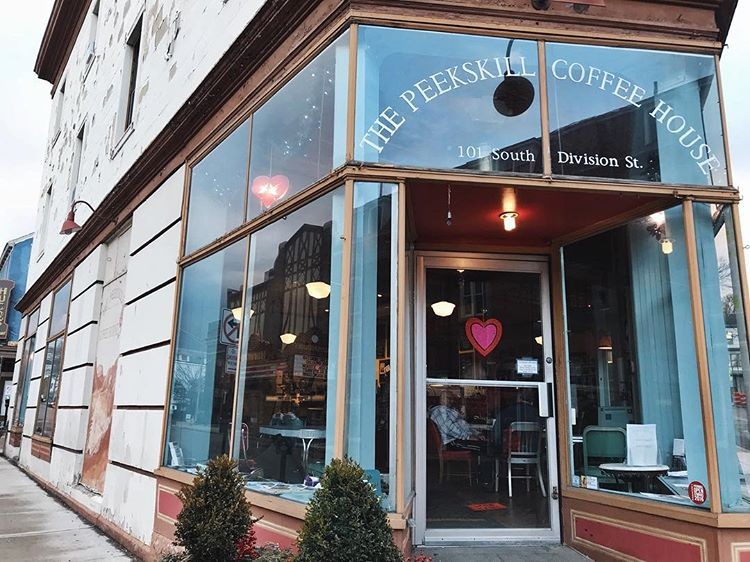 But despite the transitory nature of the space, I couldn’t help but linger. Maybe it was the tall, airy windows with their view of the water, or the gooey chocolate chip cookies, or the warm wooden benches, or the smooth ’90s R&B mix that was playing when I was there. Or maybe it was a combination of all of these things and more that added up into the kind of place where one can happily spend hours. The more I thought about it, the more I realized that Peekskill has an abundance of places like this.

Anytime I’ve been to Peekskill I’ve found myself happily wiling away several hours in a single location: In the wide windows of the Peekskill Coffee House, getting lost in the labyrinthine stacks of used books and records at the Bruised Apple, slowly making my way through the beguiling and inventive pizzas at Gleason’s, taking in a show at the Hudson Valley Center for Contemporary Art, sitting under the expanse of numerous soccer trophies while enjoying platefuls of pupusas at La Herradura, or beneath the garden lights outside of the Birdsall House, the beloved gastropub that doubles as a historic site. (In 1776, George Washington and future first governor of New York George Clinton discussed strategy here at Daniel Birdsall’s house after Washington’s defeat in the Battle of White Plains.) 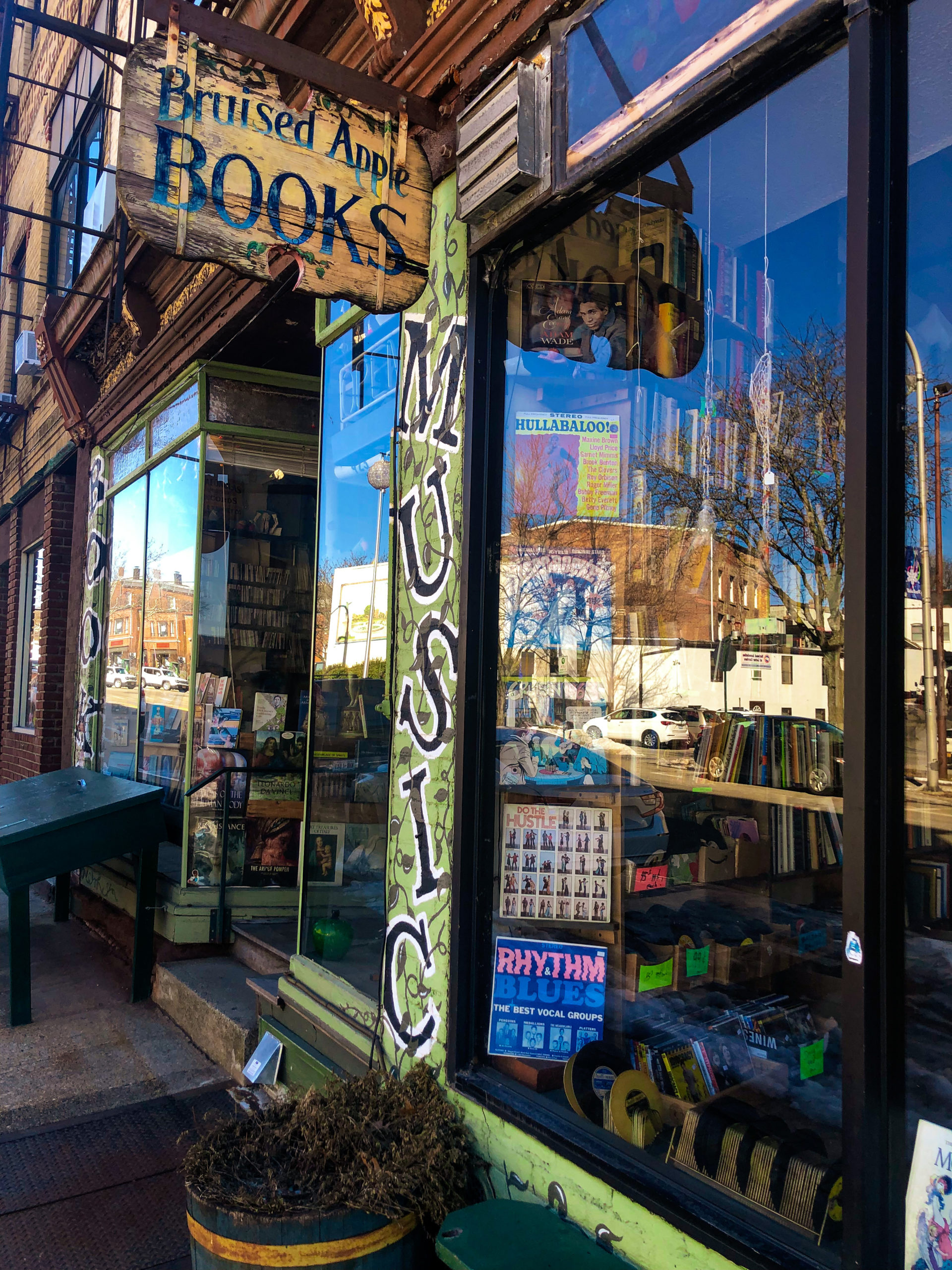 Not all of Peeskill is like this—just north of the charming cosmopolitan vibes of Esther Place is a section of downtown I call the 1980s Brick Brutalist Civic District—but the city has an embarrassment of places that are perfect for burning idle hours. That’s no small feat. And those kinds of places— warm, inviting, unhurried— are hard to create. You can tell, on a subconscious level, when you are free and welcome to relax and simply exist in a space and when its proprietors see you only as a transaction, one to be completed as efficiently as possible in order to make room for the next one.

It has been a hard two years, and we are all looking forward to warmer weather, brighter days, and the chance to finally slow down and catch up in person with those that we have not seen enough of recently. Peekskill is a great destination for your next adventure with a friend old or new. 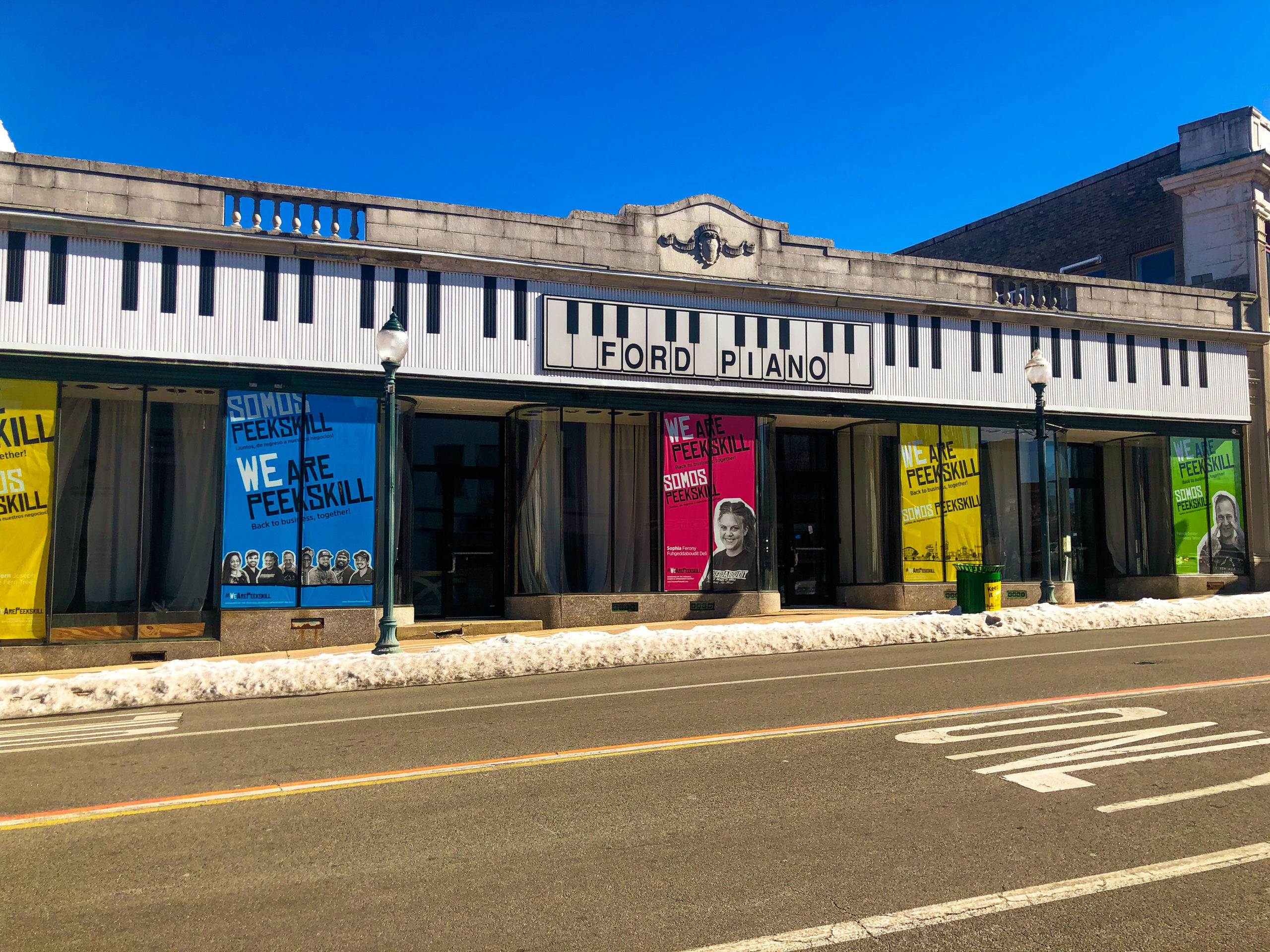