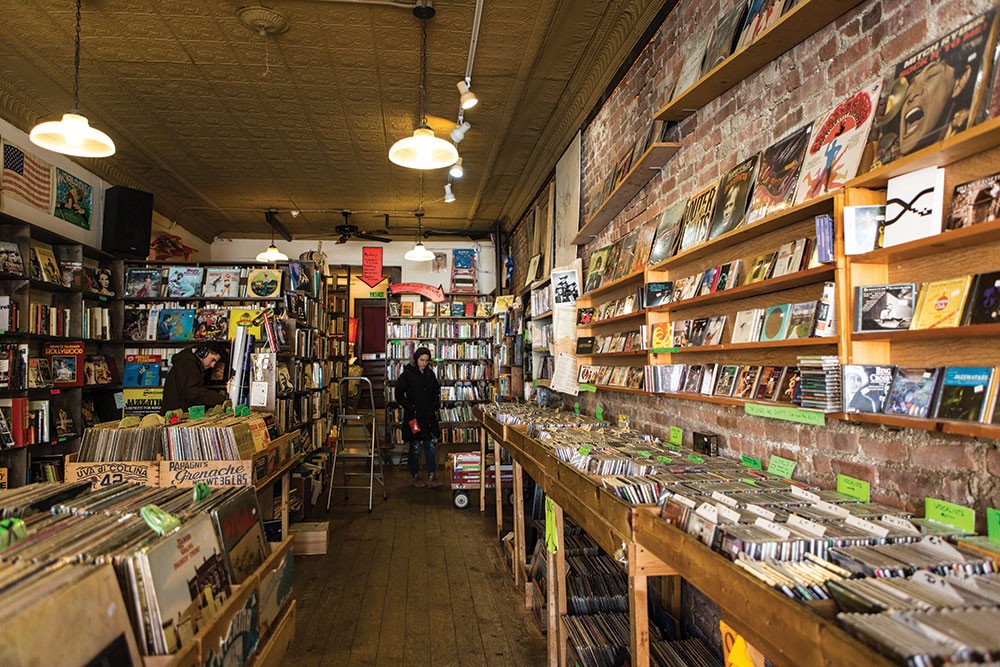 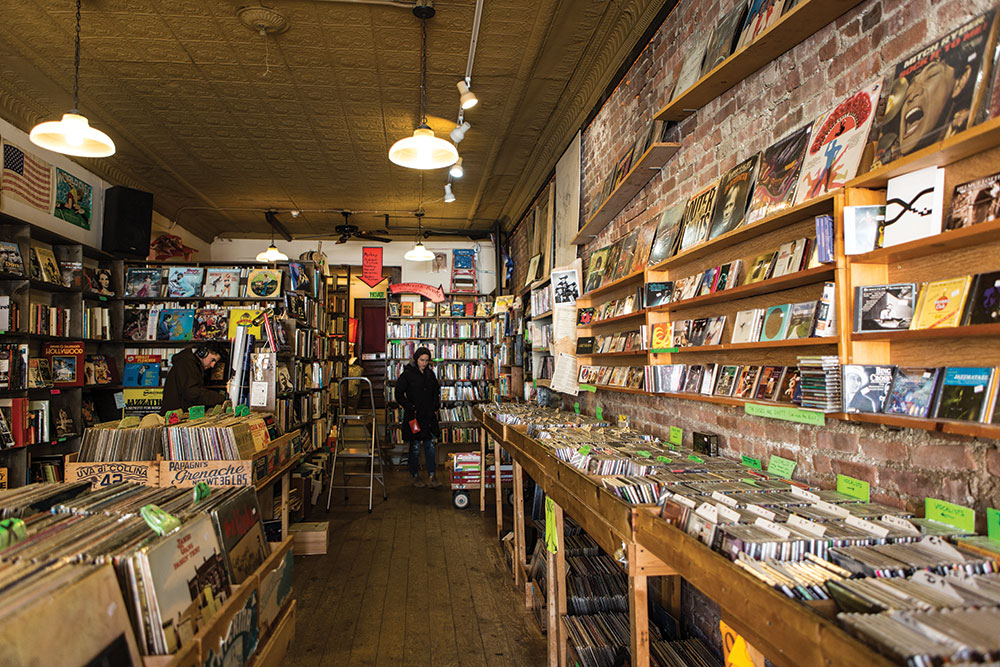 Technically, Peekskill is part of Westchester County, but it’s never really quite fit in there. Since the late 1980s, when Peekskill began luring cash-strapped artists northward with economic incentives, this city of 24,000, tucked into a bend in the river, has been fresher and edgier than the rest of the county. In fact, its revival drew the blueprints for similar resurrections upriver in Beacon, Newburgh, Kingston, and Hudson. From New York City, there’s no quicker way to get a taste of what the Hudson Valley’s all about: Sixty-five minutes on a train from Grand Central and you’re there, where you’ll find an urban downtown beneath a wide sky, set within a landscape that’s dominated by Bear Mountain and the Hudson River. 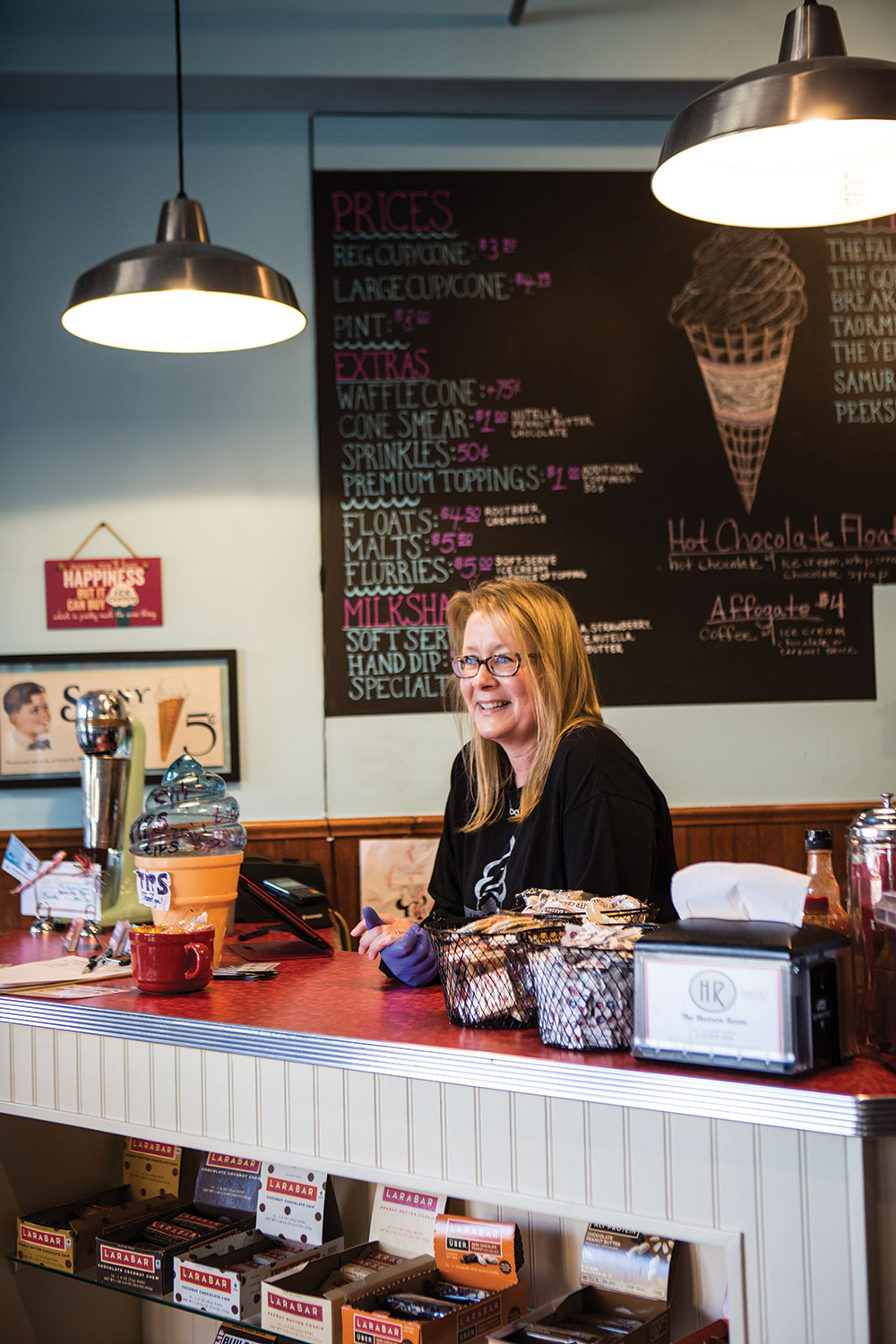 Metro-North stops at Peekskill’s waterfront, offering stunning views of the river and the mountains of Harriman-Bear Mountain State Park across the water as well as a sculpture garden, a playground, and even a small beach. The dining options near the waterfront are as satisfying as the views. Hudson Creamery offers flavorful scoops of Jane’s Ice Cream from Kingston and snacks from Peekskill’s own Homestyle Desserts, while Taco Dive Bar pairs wide-ranging craft beer and tequila selections with maple-glazed pork-belly tacos, chili-smothered nachos, and gluten-free pancakes with ancho-honey butter if you’re there for brunch.

The payoff of Peekskill’s longstanding commitment to the arts can be seen in its downtown cultural district, which is an easy 10-minute walk from the river. The newly restored Paramount Hudson Valley Theater, a 1930s landmark, offers diverse programming that includes big-name comedians and musicians (Richard Lewis in April, Dr. John in June), children’s programming (Disney’s Choo Choo Soul tour), and even some dogs (America’s Got Talent winners, the Olate Dogs, a family dog-trick act, will perform in May). The Hudson Valley Center for Contemporary Art (HVCCA) features the best of Peekskill’s art scene, along with well-known artists from further afield. HVCCA is probably best known for The Peekskill Project, an internationally praised and irregularly occurring outdoor festival of public art that takes place throughout the city. Interested in seeing some art being made? Head up to the Flat Iron Gallery, where the studio doors are open and the painters are hard at work and friendly, to discuss aesthetics over a plastic tumbler of wine. 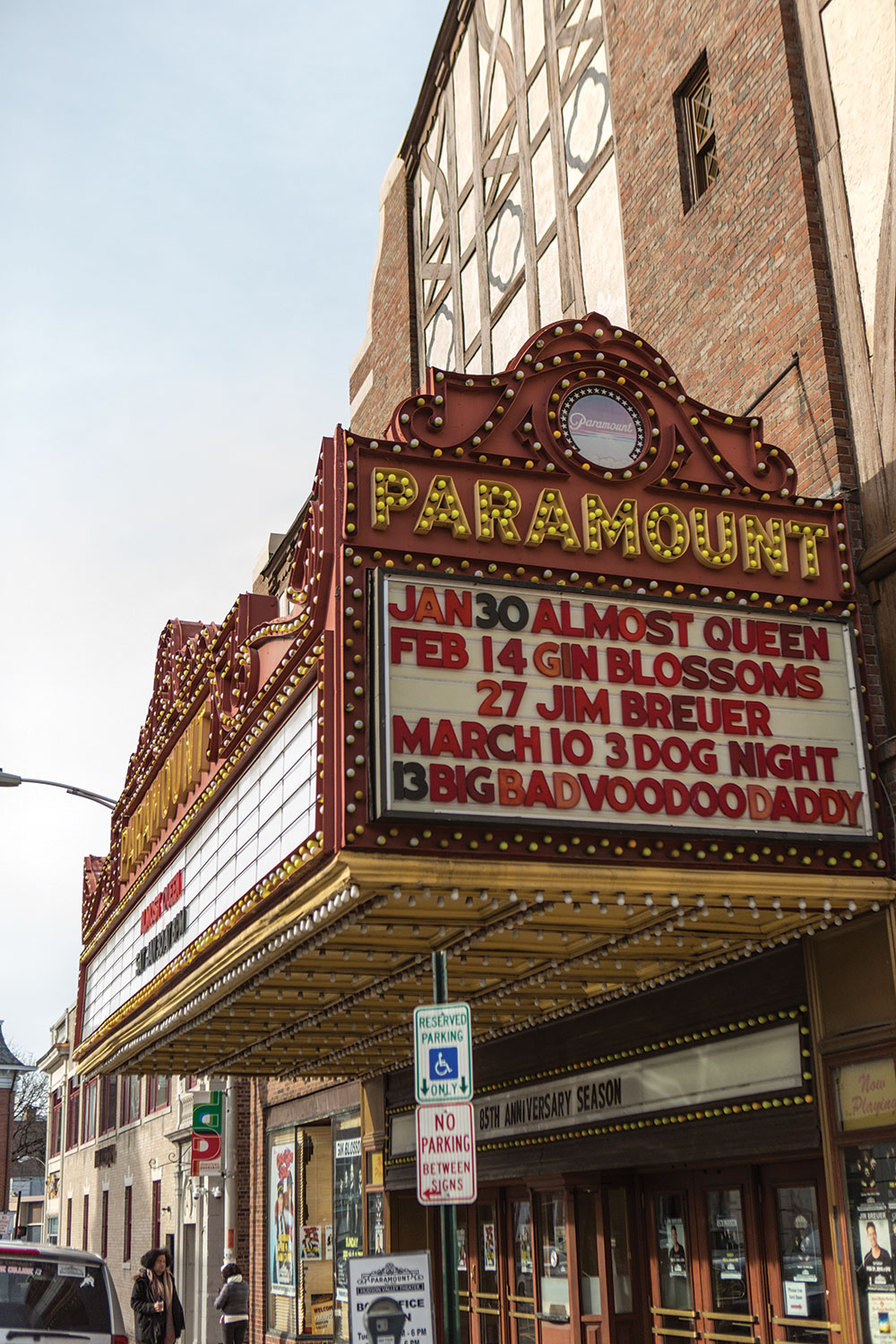 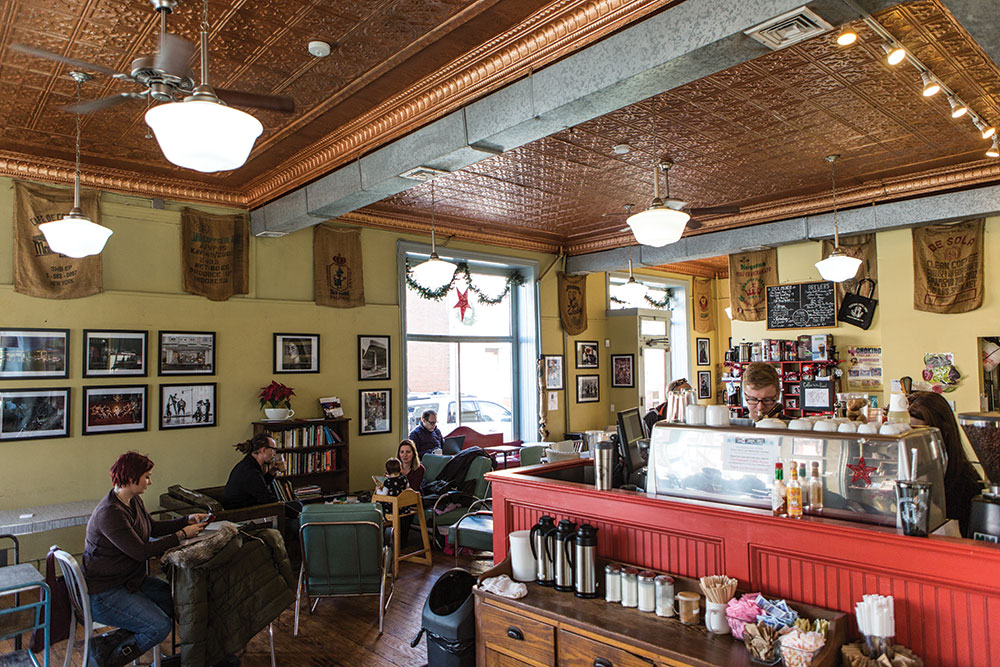 Downstairs from the Flat Iron Gallery is the 13-year-old Peekskill Coffee House, whose enormous windows make it an ideal spot to decompress and watch tourists and locals alike hum through the warren of narrow streets in this part of downtown. The quaint architecture and close density of the neighborhood make Peekskill resemble a charming little French town, but just a two-minute drive away finds you in the wilds of the Blue Mountain Reservation. The exquisitely maintained multiuse trails there may have intimidating names like “Ned’s Left Lung” and “Debacle,” but it doesn’t take more than a 45-minute walk to arrive at the 680-foot summit of the reservation’s namesake mountain, and behold a splendid view of the river.

Peekskill’s dining scene has finally caught up with its art scene, and on Saturday nights the restaurants are packed. Gleason’s, which opened in 2012, has built up a devoted following thanks to its tangy sourdough crust pizzas with inventive topping combos, like octopus with pesto and arugula. But the pizzeria’s bent for innovation is hardly surprising, since it’s owned by the same people behind The Birdsall House, the gastropub that brought the cocktail revolution to Peekskill, as well as the Blind Tiger Ale House, New York City’s premier craft-beer bar. 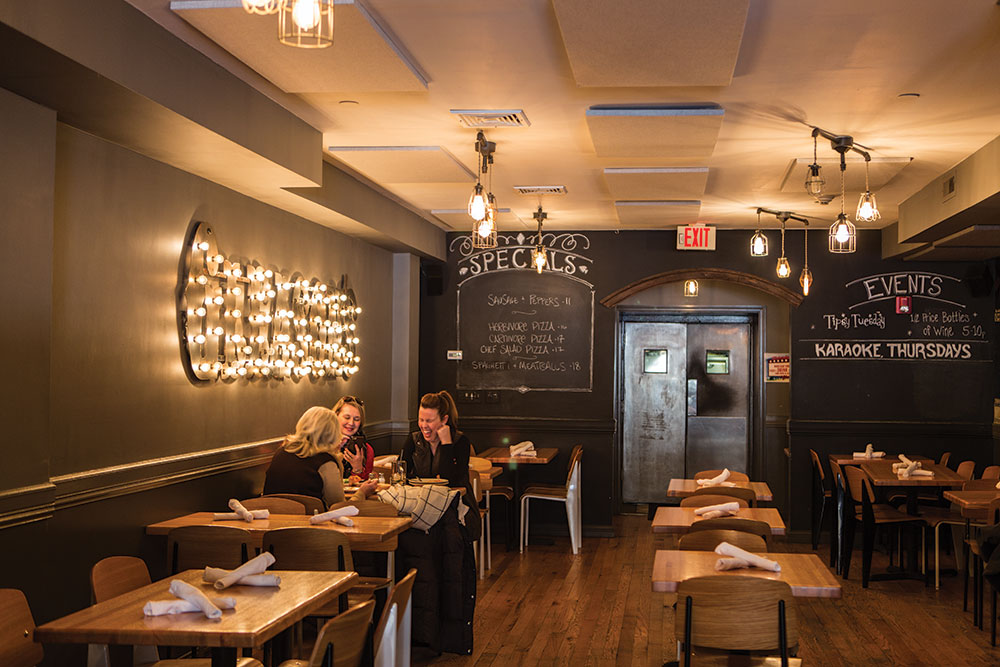 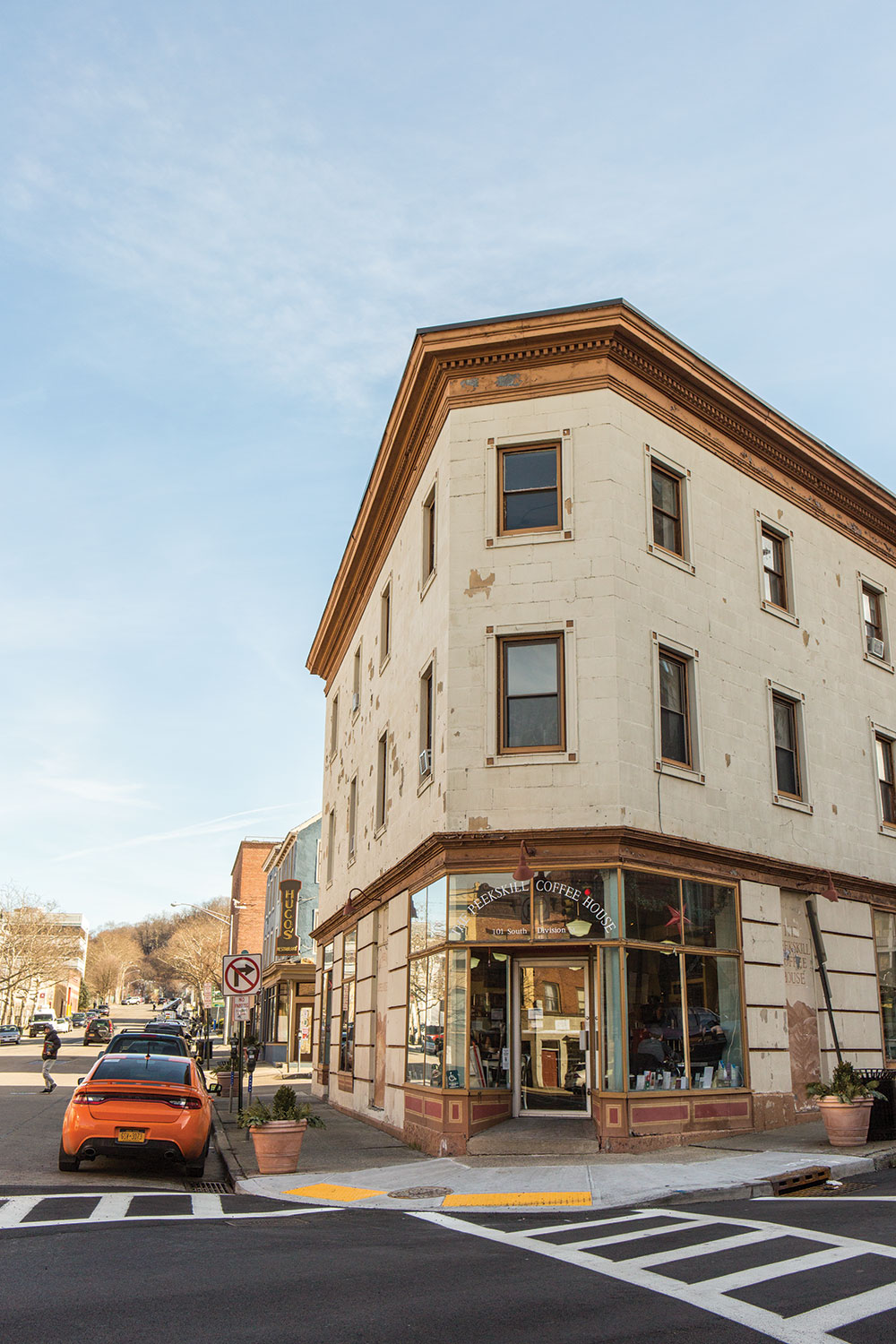 Since opening in 2008, the Peekskill Brewery has won several medals at the Great American Beer Festival, and its draft list is endlessly inventive, as is its pub menu, which features duck prosciutto and three kinds of poutine (Canadian-style French fries and cheese curds). Last December, the brewery offered a coffee IPA dubbed “Order 66” in honor of the new Star Wars movie. The combination was startling—coffee in an IPA instead of a stout, named after something from the prequels?—but, like Peekskill itself, the end result was surprising, refreshing, and funky.