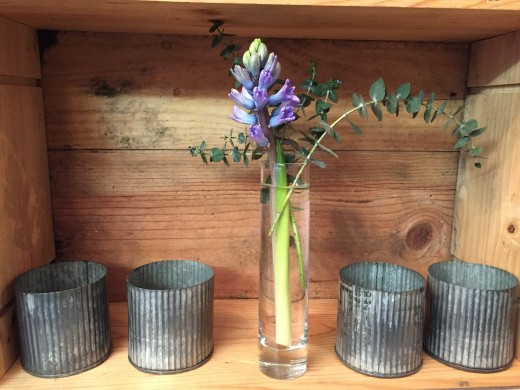 I’ve wanted to write about Petalos, the quaint flower shop on Wall St. in Uptown Kingston, ever since I first walked in, but I’ve hesitated. I have this problem with utility, and it’s been nagging me. Florists sell flowers, and flowers are unnecessary, generally, unless you’re getting married or you’re…you know…dead. I guess you need them if you’re going to prom or something (does this still happen?), and it’s always nice to send your mom/wife/husband/dad flowers on Mother’s Day/Your Anniversary/Father’s Day/Valentine’s Day/When You’ve Been a Real Asshole.

So why write about a place that sells something for events? I’m not going to write about Party City over on 9W (although, maybe?). So I hesitated.

But I love Petalos. I. Love. It. I love Brian, the owner. I love that I can fit the little shop in my pocket. I love the front window and the sandwich board he keeps on Wall Street by the old Kingston Indian Restaurant, which is now that Mexican place, but still looks exactly like the old Kingston Indian Restaurant (either way, I’m dying to try it). I love that I can go in every Friday (or Tuesday, etc.), and tell Brian that I have $5, and he’ll put something beautiful together for me that will last a couple weeks. I love his vision and how he knows what I like and can always make it happen. I love it all.

Petalos is a florist, obviously. But I use it as a flower shop. There is a huge difference between the two. I mean really huge. Petalos is why I moved to Kingston. 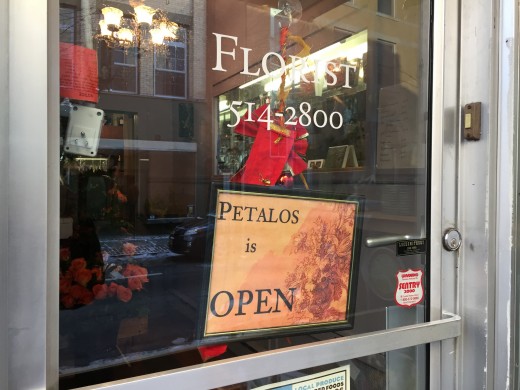 I dated this French foreign exchange student when I was a senior in high school. I don’t mean to brag or anything, but dating a French girl was pretty hot. Early on in our little liaison amoureuse, we went swimming. When she saw me in my suit she said, “Hmm. You’re much…how you say? More fatter than I imagined.”

“Oh, sweetheart,” I shook my head, put my finger to her lips, and whispered, “it’s just fatter. You don’t need to say more.”

Anyway. At one point, she had this idea that I would come back to Paris with her after high school. It was ridiculous, of course. We were just kids. I didn’t really speak French that well, and what would her parents have said about this doughy Kansan she’d brought back? Quel dommage!

But the idea was amazing to me, being from a small town in Kansas, and I thought about it. I played this one scenario in my mind over and over: we’re making dinner. The sun has set. We’re out of something, like, I don’t know, wine, which we probably need a lot of because we’re young and fat and I probably work at McDonald’s, not that anything’s wrong with that, but it’s the only place I can work because I speak French like a small child who’s been eating, how you say? Paint chips.

Anyway. We’re out of wine and I grab my jaunty scarf, run down the stairs of our building, and burst out onto the streets of Paris. On the corner I buy a bottle of wine and a baguette, and on the walk back to the apartment I pick up some flowers.

And so on. Ridiculous.

Sometimes our lives are spent picking apart the dreams we had when we were kids by living them. New York City is that walkable city, but when I had to run out of the apartment to pick something up it was usually mouse traps or toilet paper. Don’t get me wrong. Maybe my favorite thing about New York was having everything I needed at arm’s reach. But that was a matter of utility, not romance or beauty.

So function or utility ruined the dream. Reality has nothing to do with beauty.

This is a lot of words to try to get you to go to Petalos, but humor me for just a little while longer.

A florist is a place that sells items with a function – to celebrate or to memorialize or to apologize or to congratulate. And while any wedding party would be lucky to have a roomful of Petalos arrangements (and many of them do), Petalos functions to me as a flower shop. And a flower shop sells things with no tangible function. A jar full of flowers on your counter is maybe worthless.

Except it’s not at all. Our lives revolve around function and utility and getting paid and buying toilet paper and trying to be less fatter and getting kids to some damn place on time without a mouthful of paint chips. Spending $5 or $10 or even $20 if you can afford it on flowers at Petalos once a week, once every two weeks, and putting them somewhere conspicuous, is a very small thing that simply makes your life better. Or brighter. Or it just makes you look at flowers, which, it turns out, is great, but its greatness is hard to measure.

And this is why you come Upstate in the first place. To find beauty that you can’t measure and that you maybe don’t know what do with, except to just have.

Utility crushes the dream. But reality doesn’t have to be all toilet paper and mouse traps. 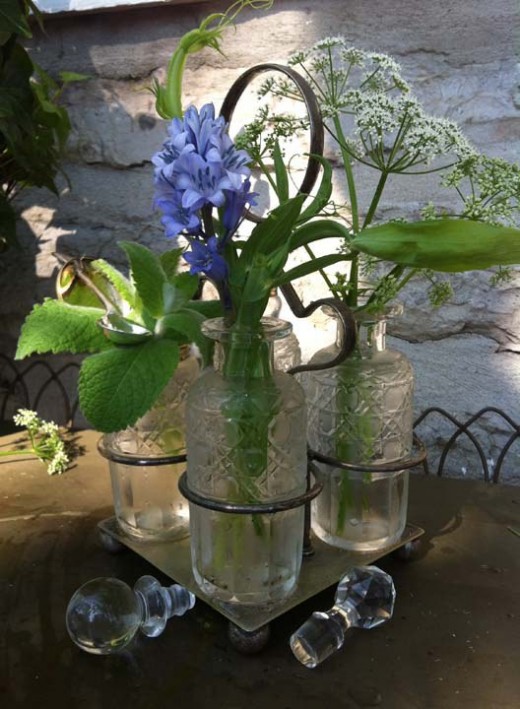