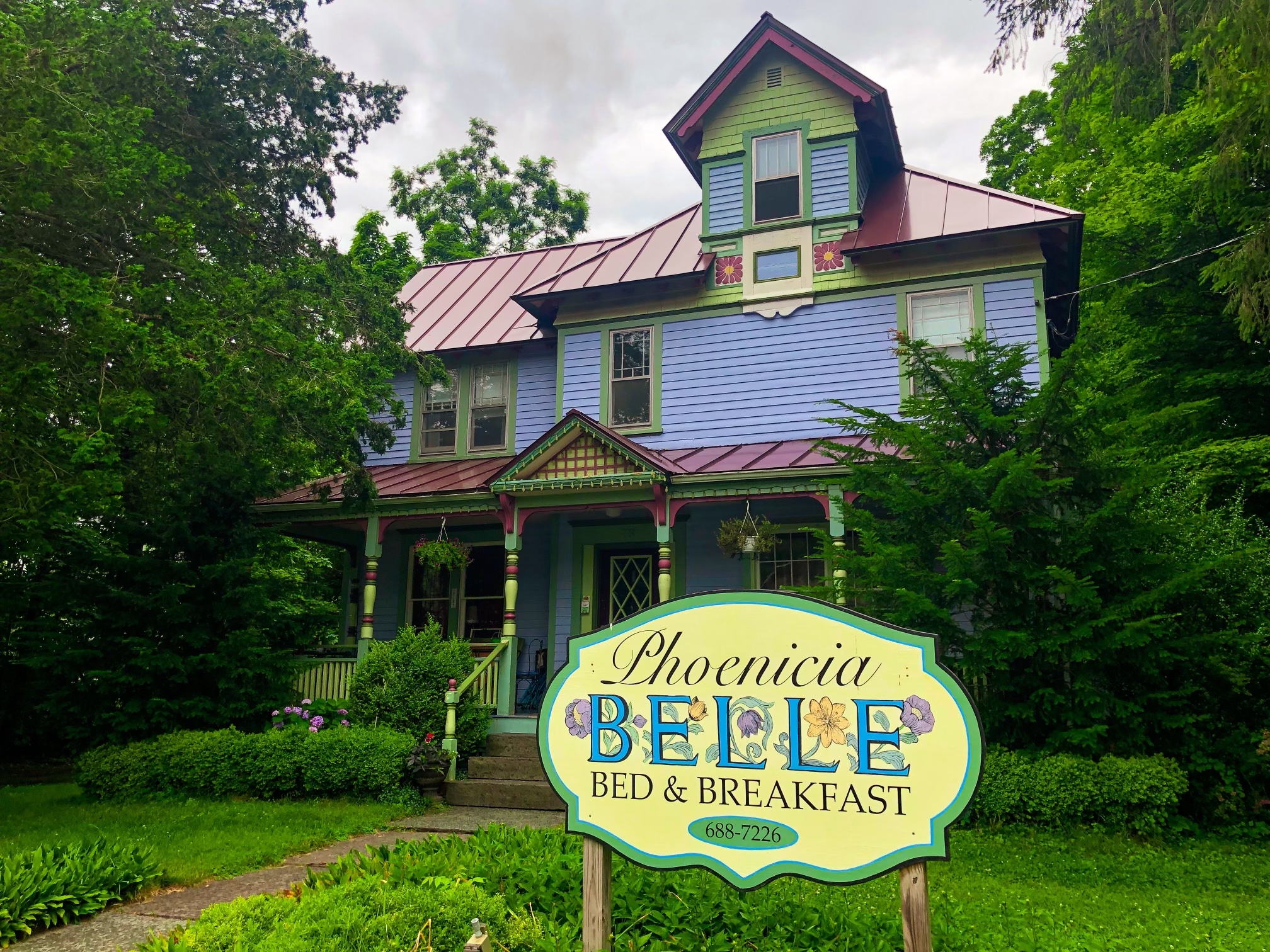 It sounds like the plot of an old movie or an episode of “Northern Exposure”: Remote and secluded mountain town of 300 people needs to raise money, fast, for new playground equipment so they decide to put on…an opera concert? How many Puccini fans are there in the Catskills, anyway?

Turns out, a lot. Cut to the climax, as the town swells to almost double its population for the concert. The funds are raised, the day is saved, credits roll. But for the hamlet of Phoenicia, that fateful night in 2009 was just the beginning of the next chapter in its long and surprising history. 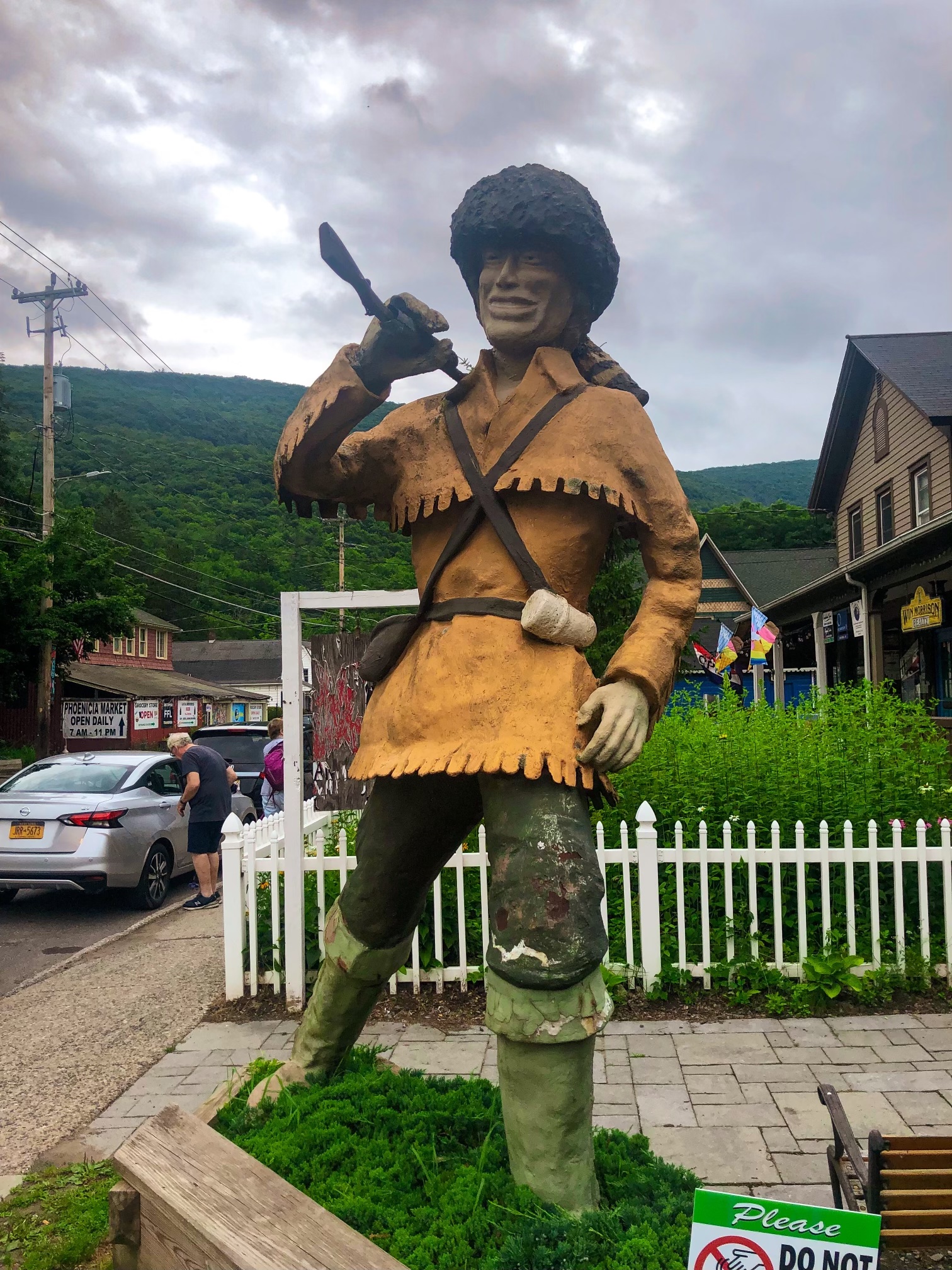 Outside the Sportsman’s Bar and Grill. Photo by Brian PJ Cronin

European settlers first moved to the Shandaken Valley high up in the Catskills in the mid-1700s, after being crowded out of the fertile farmland at the foot of the peaks. But here, in the thick alpine forests of hemlock and white pine, the settlers discovered the extraordinary hunting and fishing opportunities that had been drawing the Lenape people for thousands of years. Tanneries and quarries followed—the Phoenix Tannery is thought to be the source of the hamlet’s name—followed by a railroad in 1871, bringing tourists up from New York City for the fresh mountain air.

When he wasn’t slugging homers, Babe Ruth could be found at the Sportsman’s Bar on Main Street, slugging beers. Alcohol also brought the notorious gangster Dutch Schultz to Phoenicia, where he lived and set up stills during Prohibition. Legend has it that shortly before being gunned down in Newark by rival gangsters, Schultz buried millions of dollars in a safe by the Phoenicia railroad tracks. Or under two pine trees. Or under a skull shaped rock by the banks of the Esopus. Ok, look, there’s a lot of legends floating around about where exactly Schultz buried his loot, probably none of which are true. But that hasn’t stopped treasure hunters from continuing to show up in the Phoenicia Library on Main Street to comb through old maps, looking for clues. 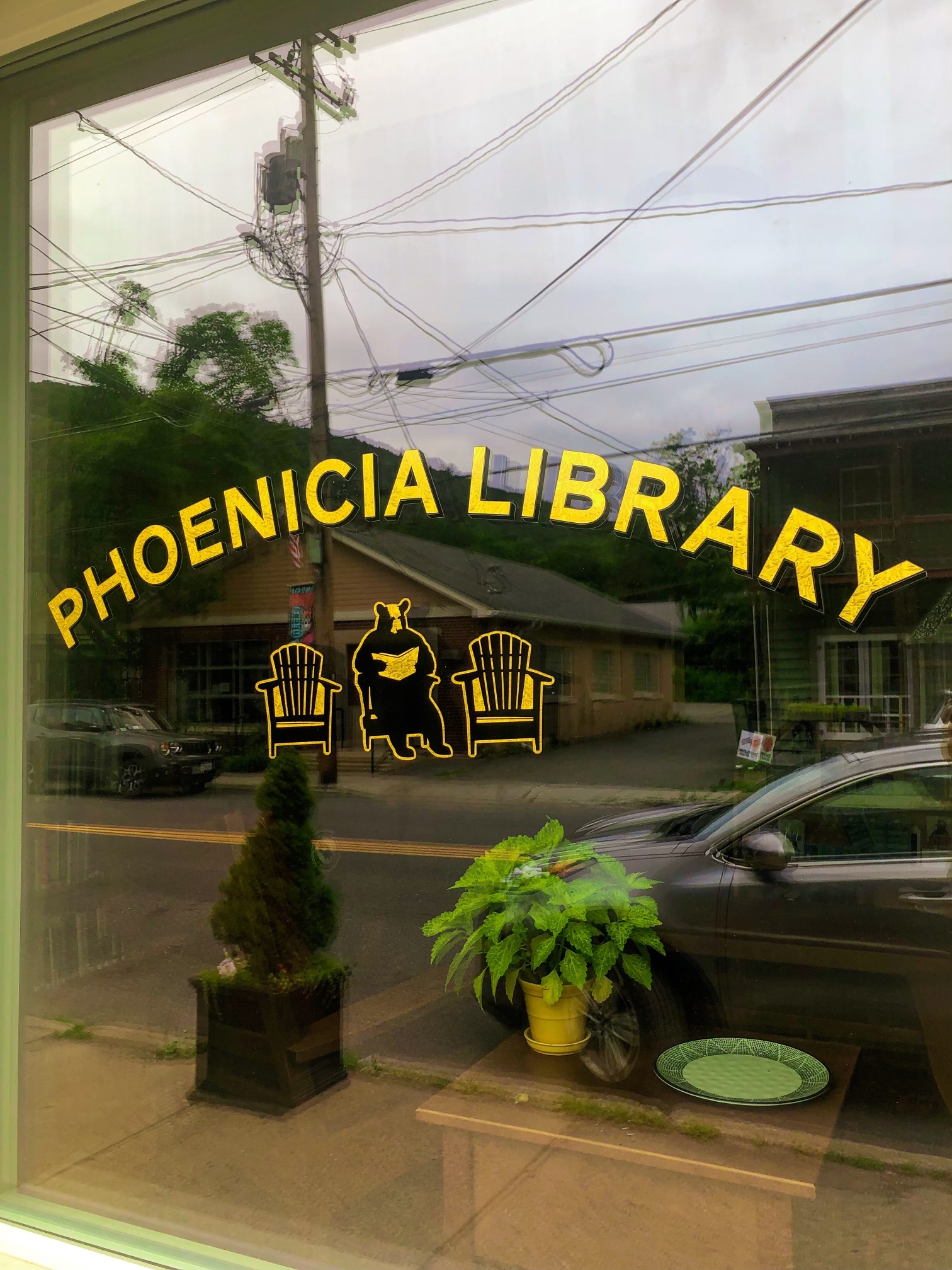 You can still throw one back at Sportsman’s like Ruth did, though the joint, now called Sportsman’s Alamo Cantina Bar & Grill, probably didn’t serve jalapeño poppers alongside the draft beer in Babe’s day. It’s right next door to Brio’s Pizzeria, beloved for their wood-fired pies. If you can’t decide where to eat, no worries: They share owners, so there’s some menu cross-pollination going on in case you want pizza AND a burrito.

Also on Main Street, the Phoenicia Steakhouse which fills up quickly on weekends. But to find the most famous place to eat in Phoenicia, head down Route 28 for a minute or two until you hit the Phoenicia Diner, justifiably hailed as one of the best diners in the country. Their menu serves up classic diner faves with detours through Mexico, the American South, and Brooklyn and local sourcing that beats the hell out of the Sysco fare most diners serve up. Pick up their cookbook while you’re here: The “True Greens and Grits” recipe, in which you simmer collard greens for a few hours in a dank mixture of coffee, apple cider vinegar, chicken stock, and bacon before ladling them onto bowls of cheddar grits and eggs, will blow your mind.

Phoenicia’s other breakfast standby Sweet Sue’s shut for two long years due to COVID. But the Phoenicia favorite reopened in summer 2022 under new management. Fret not, Sue’s famous pancake recipes were part of the sale. The flapjakes are served up hot along with an expanded menu of diner-adjacent breakfast fare and a house-smoked meats program. 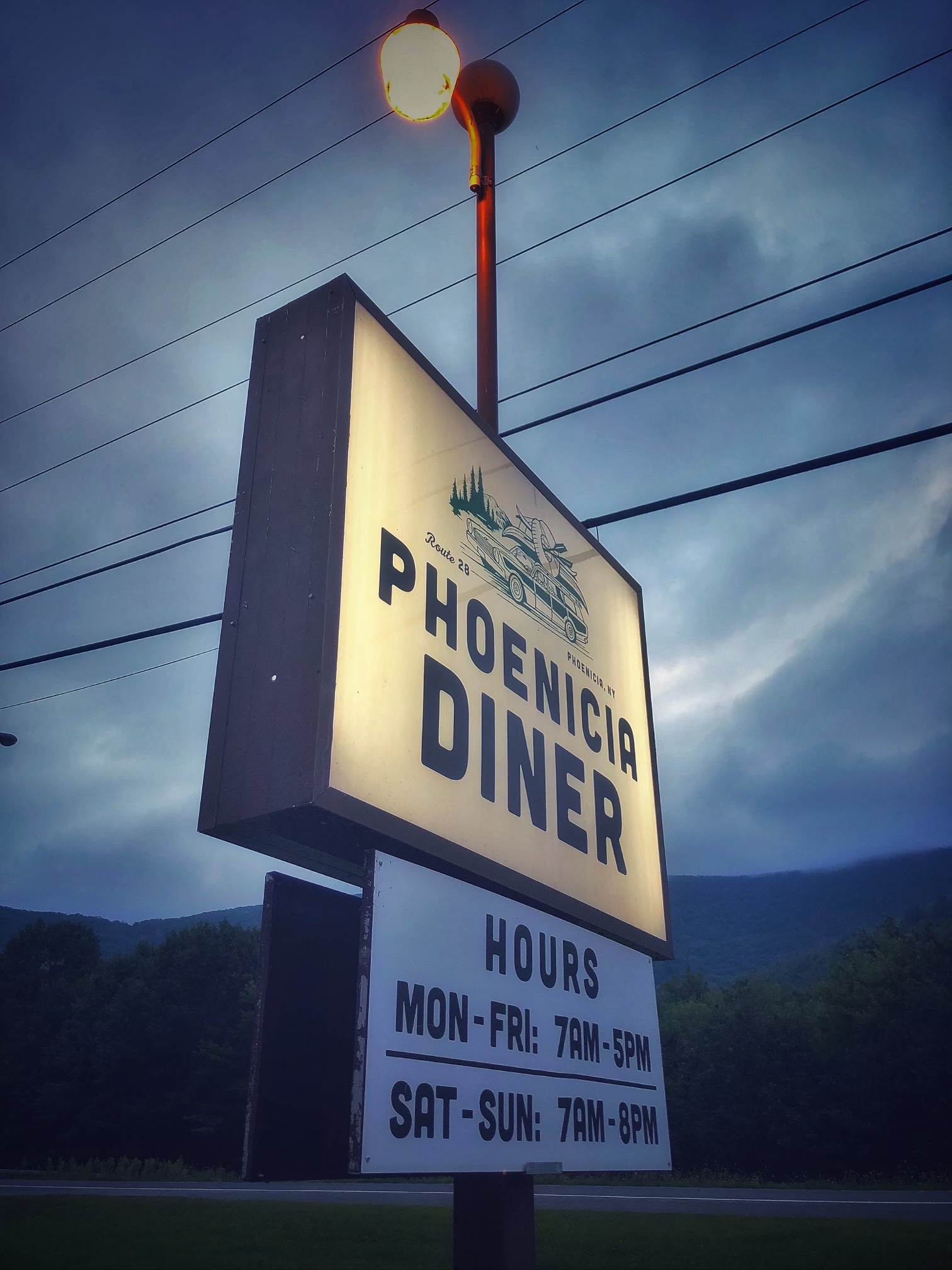 Chances are, if people only know one thing about Phoenicia, it’s either the diner or the festival that grew out of that fateful, operatic fundraiser 11 years ago: the Phoenicia International Festival of the Voice. For one weekend every summer, divas flock to the Catskills to temporarily transform this tiny hamlet into the opera capital of the world. In 2020, to accommodate for pandemic restrictions the festival innovated again heading down to Kingston to present the country’s first ever “drive-in” opera with a parking lot performance of “Tosca.” In 2021 and 2022, the operatic celebration was back on home turf.

It may seem odd that such a small town routinely draws such outsized talent and massive crowds every summer for something as esoteric as opera, but festival founder and opera singer Maria Todaro doesn’t see it that way. As she explained to me a few years ago, people respond to excellence. Mount something of the highest quality and people will enjoy it, even if they’re not familiar with the ins and outs of the particular medium. Is that boasting? Perhaps, but after more than a decade and counting of extraordinary performances, the festival has more than earned the right to boast a little. 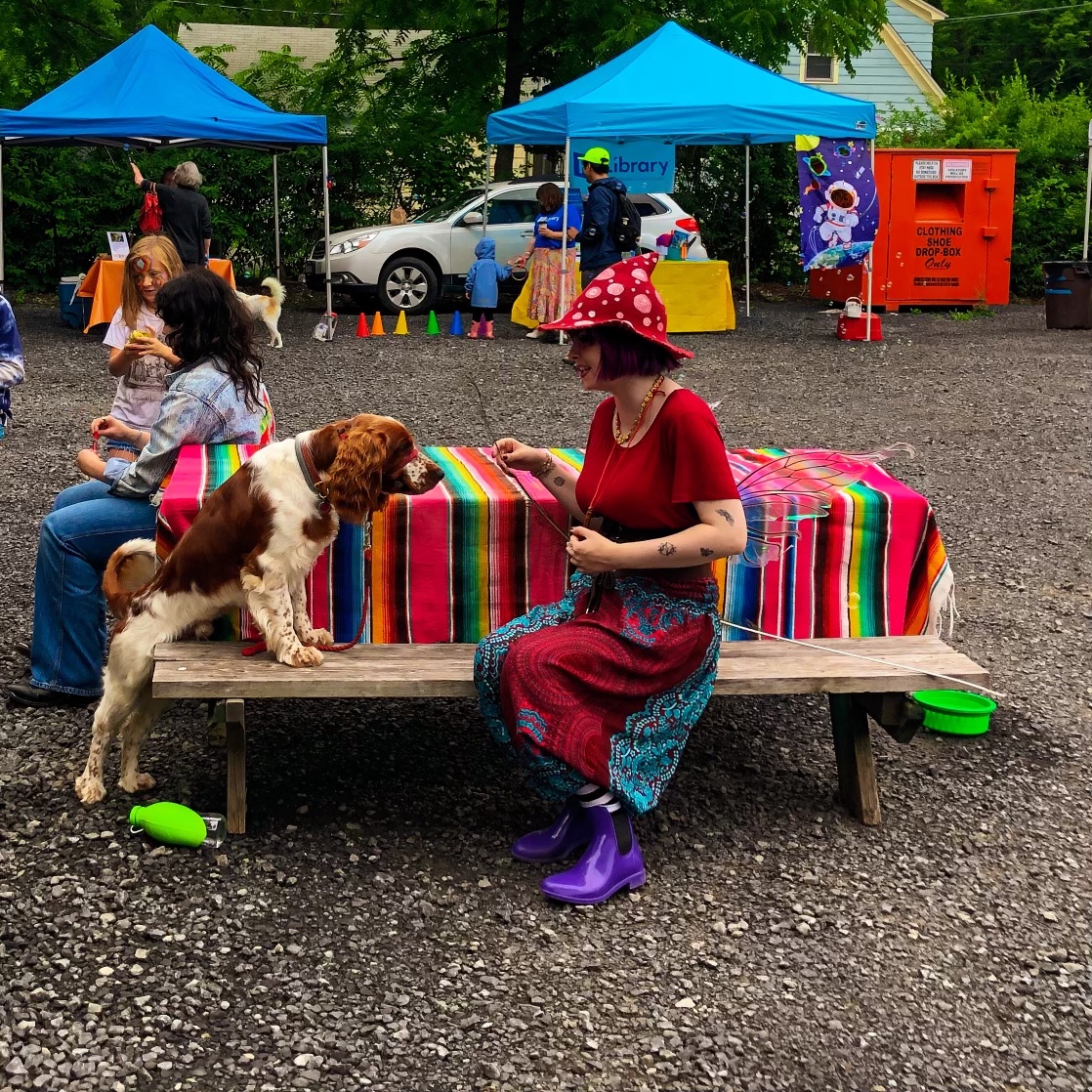 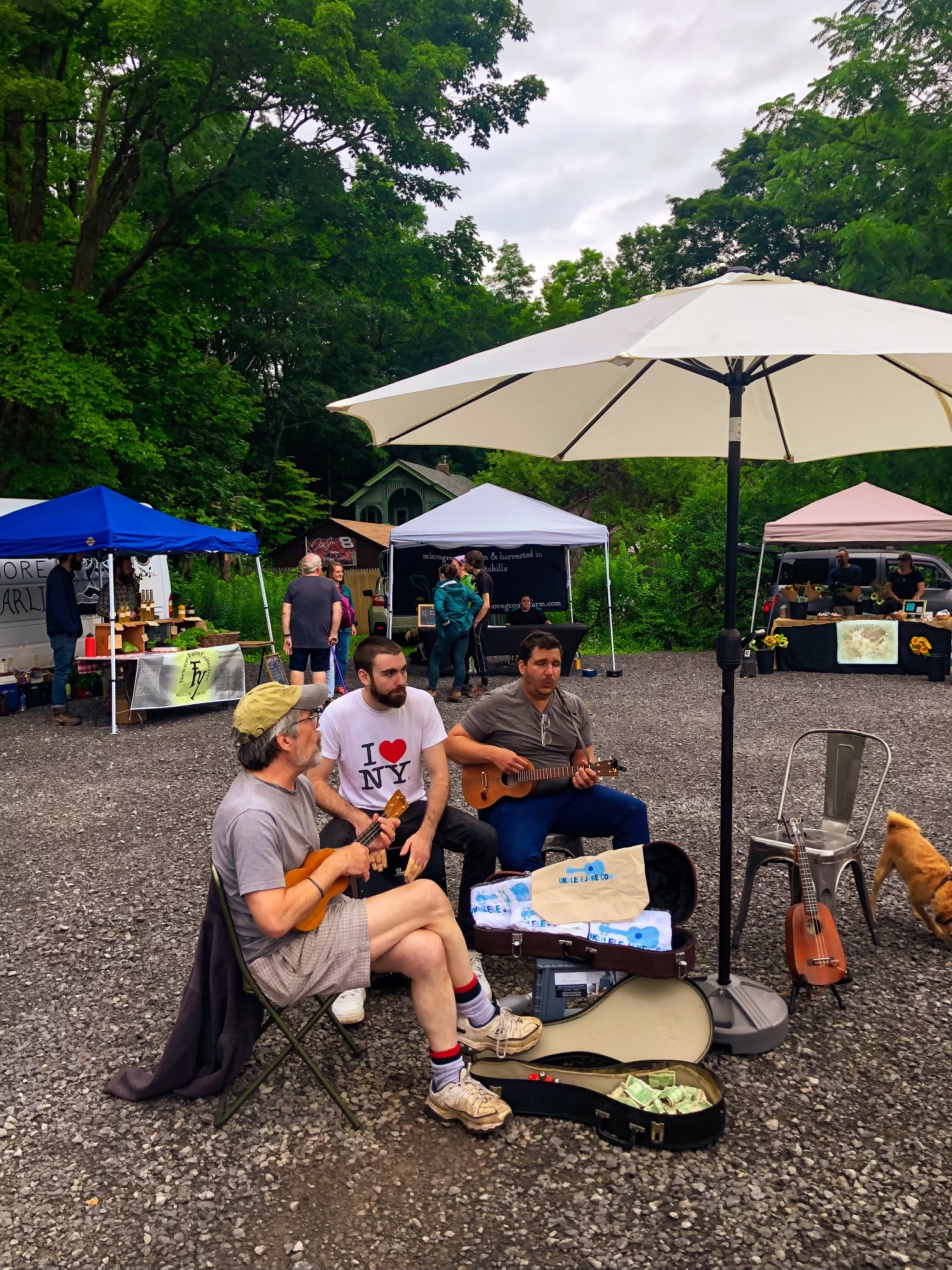 Even if you’re not in town for the festival, it’s worth walking to the wild thyme-strewn field behind the post office where the main performances take place. Then, when you get there, look for the yellow blazes and keep walking. This is the two-mile round-trip Tan Bark Trail, which steeply leads up to two scenic viewpoints, the first of which overlooks the hamlet. Looking for more hikes? Head back down to Main Street to Catskill Outfitters for advice on where to hike and fish nearby, not to mention to browse their selection of hand-tied flies and other outdoors equipment. You are, after all, in the birthplace of American fly-fishing, a place where the library even lends out fly rods and spinning rods (when they’re not rolling their eyes at treasure hunters asking to look at old maps.) And for those who prefer not to hike or get their feet wet, Rail Explorers offers rentals of pedal-powered rail bikes along the old Ulster and Delaware railroad line.

But one of Phoenicia’s most iconic outdoor activities is currently missing in action. After 40 years in business and one global pandemic, the owner of Town Tinker Tube Rental settled into a well-deserved retirement and put the business up for sale. It remains un-purchased, leaving the Esopus Creek, which winds through Phoenicia, sadly untubed. 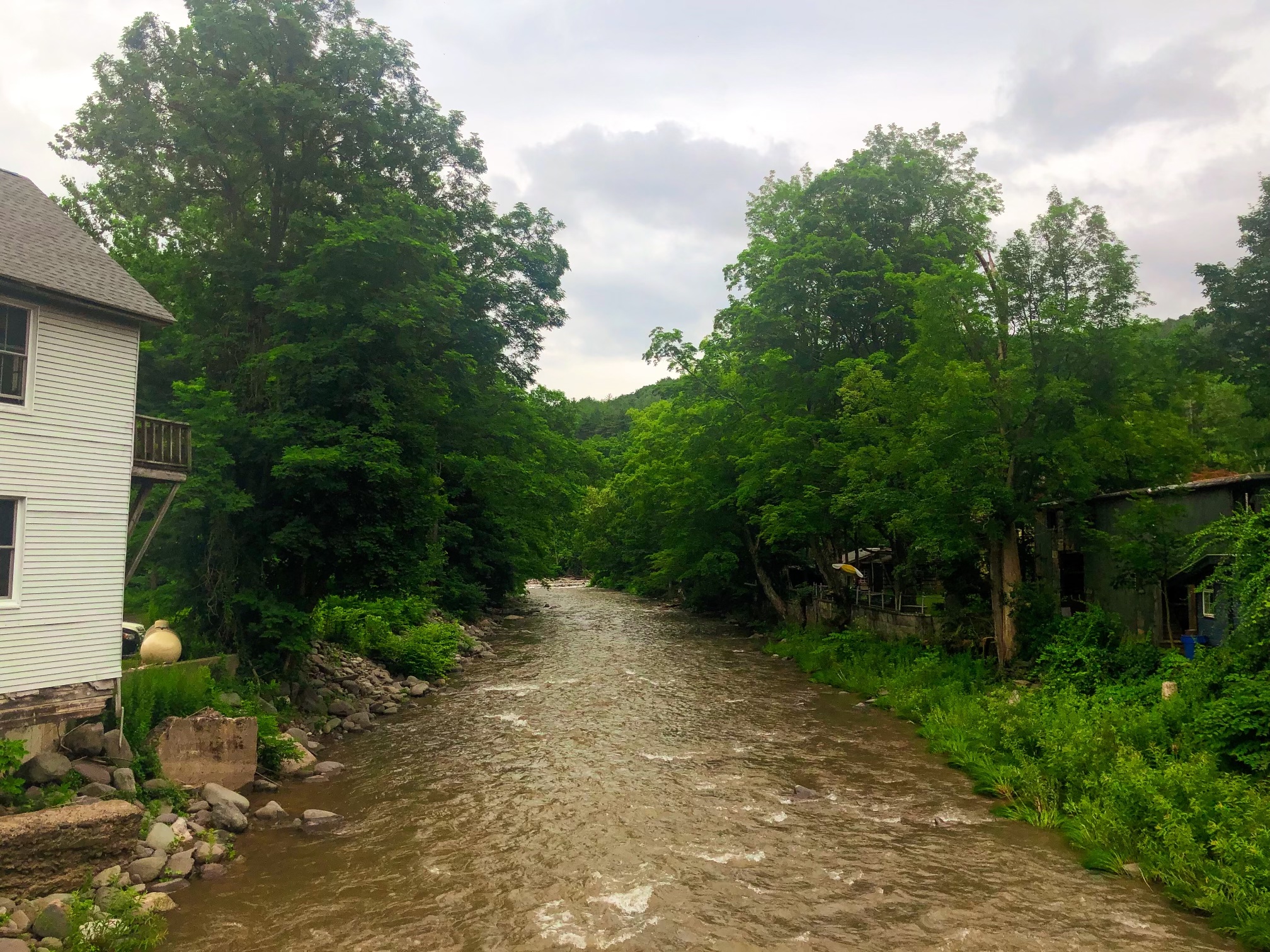 The view of the Esopus Creek from Main Street, Phoenicia. Photo by Brian PJ Cronin

But just imagine it: A deep-pocketed Good Samaritan Upstater reader learns of the town’s plight, pays the $1 million, and brings tubing back to Phoenicia. It’s almost like the plot to an old movie…