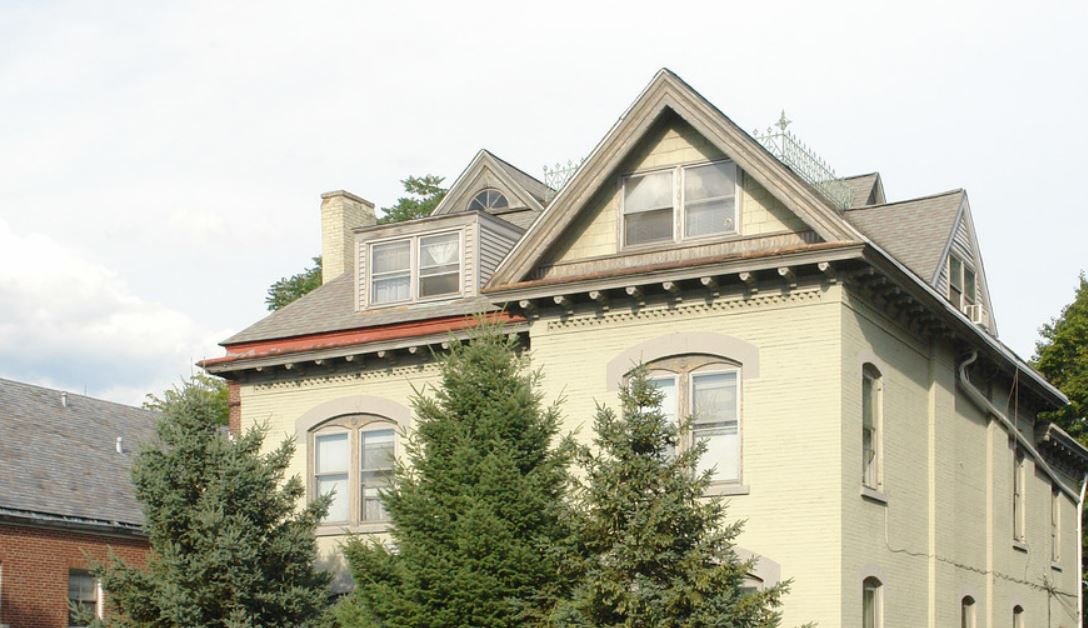 Get in on a real piece of Poughkeepsie city history with this nine-bedroom brick mansion.

The listing pictures are tiny and blurry, but that won’t hide this c.1891 home’s grace and potential. In its past life, it was part of the properties belonging to the Marist Brothers, an international community of Catholic Religious Institute of Brothers established in 1817. And, yes, Marist College, also in Poughkeepsie, used to be affiliated with the Marist Brothers, too.

There’s a lot to unpack here, and we suspect the photos do not come close to doing this house justice. In total, the interior includes 8,900 square feet, four stories, nine bedrooms, seven full baths, and two half baths. First floor level layout is foyer, living room with fireplace, formal dining room, library, and kitchen. Second and third floors are where you’ll find the bedrooms.

South Hamilton Street in Poughkeepsie’s South Side is packed with handsome, historic homes, including the South Hamilton Street Row, consisting of four houses built in 1871-72. It’s worth a slow drive to take a look around, or a stroll on foot when the weather turns nice.