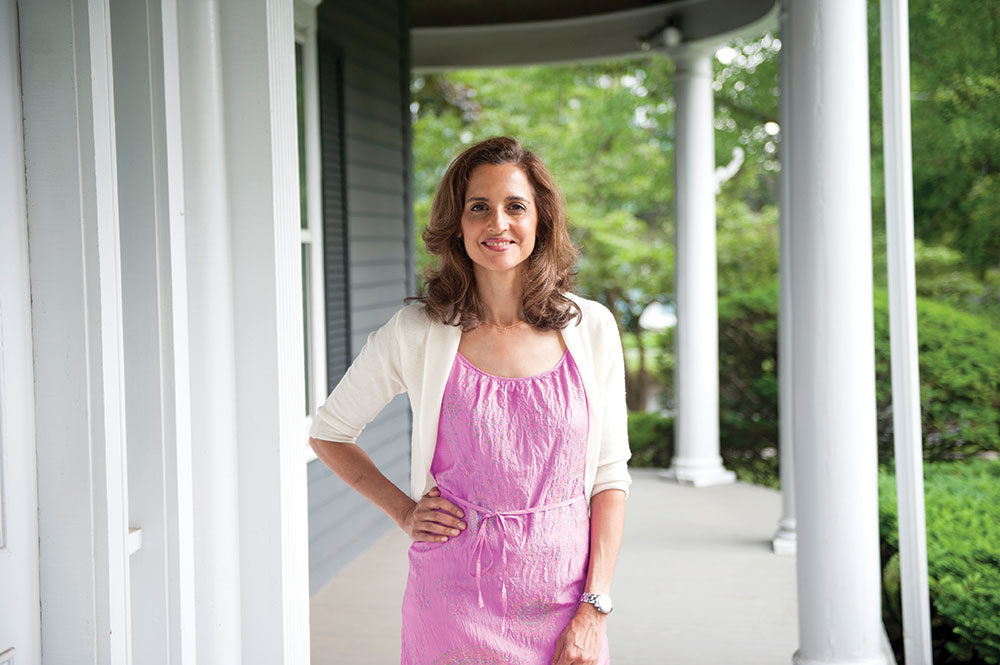 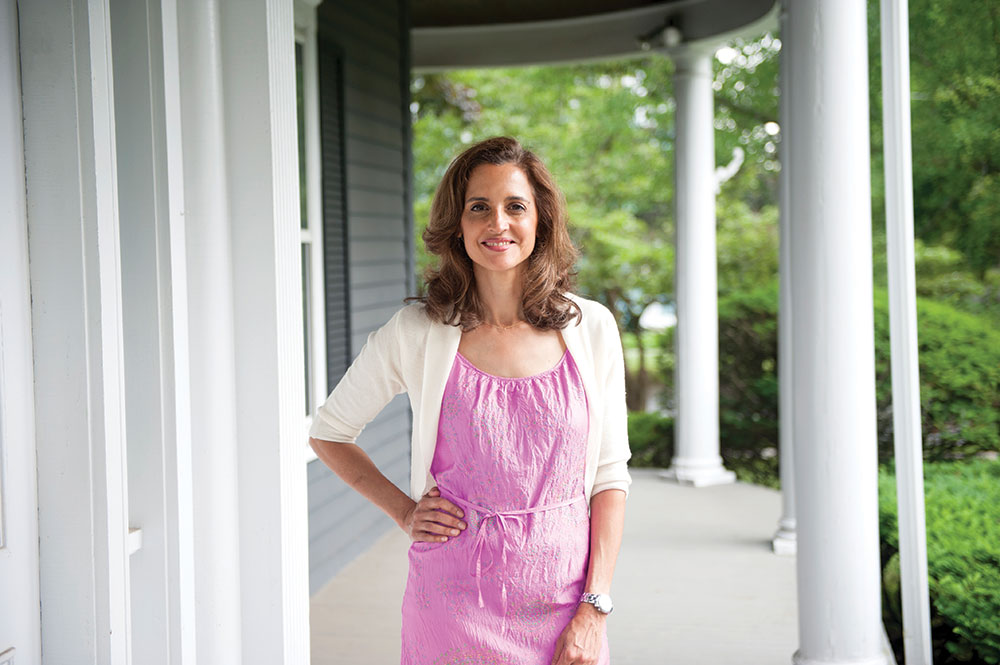 You may not know Maya Kaimal, but it’s quite possible she’s been in your kitchen. She is, after all, the namesake of Maya Kaimal Fine Indian Foods, and her simmer sauces are on shelves in stores all over the Hudson Valley and beyond.

When she started her business in 2004, Kaimal was living in Brooklyn with her husband, Guy Lawson , and their newborn twin daughters, Lucy and Anna. Needless to say, Kaimal had a lot on her plate back then, so she and Lawson decided to head out of the city.

First, Kaimal and her family moved to Central New York to be closer to extended family members. But after six months, she says, “We hightailed it out of there” because it was just too remote. From 2005 to 2009, Kaimal and her family lived in Woodstock, but Rhinebeck kept beckoning—“Hands down, it’s one of the prettiest upstate towns around,” she says—so in 2009, they rented a home in the village, and Kaimal moved her business to Montgomery Street in Rhinebeck.

For Kaimal, it was inevitable that Rhinebeck would win out as their home destination. “We liked the look of the Rhinebeck school system,” she says, along with the walkability of the village, which includes indie movie house Upstate Films and several restaurants. “It’s close to the Culinary Institute [in Hyde Park], and it really elevates the food scene here to a high degree.”

Easy accessibility to New York City via Amtrak from the train station in nearby Rhinecliff was another big draw. “There’s this constant exchange with the city of people and ideas, and I love that connectivity,” Kaimal says. “I really do love New York City, and loved living there, and I miss it a lot. I like to be able to dip in and out of there.”

As a self-described “visual person,” Kaimal says she appreciates the way Rhinebeck “takes care of its character and attributes. It seems, as a town, conscious of what its gifts are, and preserves those.” It’s also a very family-friendly place, with plenty of annual holiday traditions like the Sinterklaas Festival in December and the Memorial Day parade. “I’ve always felt like Rhinebeck has a real pulse to it,” says Kaimal.

Although the family struggled to find a property to buy in Rhinebeck village, a three-bedroom home on Salisbury Turnpike in  nearby Milan caught Kaimal’s eye in 2011. The house, which was built in the 1950s, was originally used as a seasonal cottage, “one of those summer shacks,” she says. But thanks to a number of renovations over the years, Kaimal and her family came upon it as a turnkey, all-season home with an open floor plan, modern lines, and fireplace.

The surrounding property also won Kaimal over. Its slopping, hilly land is studded with white pines and rock outcroppings, as well as perennial gardens, flowering trees, and border gardens. “It’s a little bit wild, and a little bit planned,” she says.

But while Kaimal and her family love their country home, they’re currently in the process of selling it, as they’ll be moving this fall into a c. 1895 Queen Anne Victorian house they recently bought in the village of Rhinebeck. Kaimal, who’ll be thrilled to be able to walk to work, spent last summer fixing up the kitchen and bathrooms and adding closet space. “It’s not a gut renovation by any means,” she says. “It’s got beautiful bones, and we plan to preserve them.”