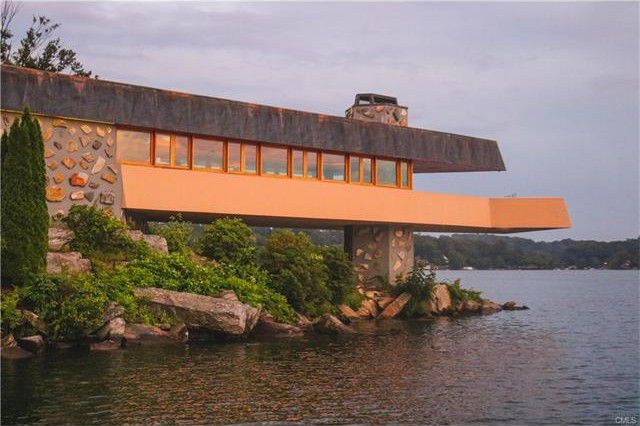 Here at Upstater, we’re constantly on the look-out for potential super villain lairs. The crazier the better, obviously, but this private island in the middle of Lake Mahopac in Putnam County might be the best one of all.

Looking for the world like Ernst Stavro Blofeld is sitting inside of it while stroking a white cat, this Mid-Century Modern compound on Petra Island was built using the original designs made by none other than Frank Lloyd Wright. The house was commissioned in the 1950s by an engineer named A. K. Chahroudi, but a guest cottage was the only part of the plans constructed. Joe Massaro bought the 10-acre island in the early 90s and built a residence based on Wright’s plans. It’s a fascinating tale and one you should read about in detail here on this Chronogram piece from 2012.

Now, the entire island is on the market, including the eye-popping 6000 square foot concrete and stone outcropping manse with an interior that has to be seen to be believed. Other design-minded blogs have picked up on this listing, too. There was also a rumor circulating that Brad Pitt and Angelina Jolie were going to buy the heart-shaped island back in 2013. He did not.

In truth, this property is less “super villain lair” and more “ultimate collector’s item for the ultimate Mid-Century Modern collector,” but the helicopter pad that comes attached puts it – delightfully so – in the villainous lair category. If we had $15 million, we would be spending it all in one place…right here on Petra Island. 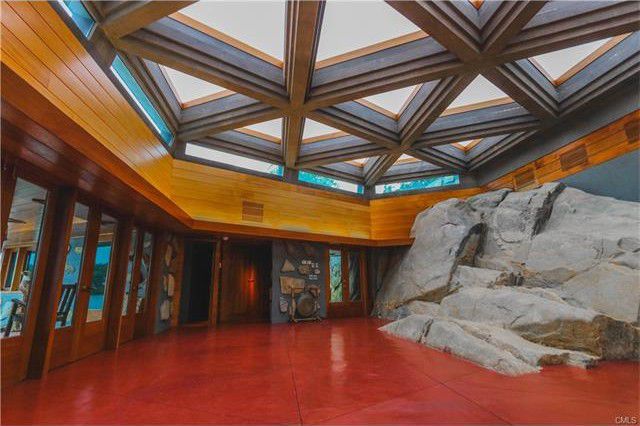 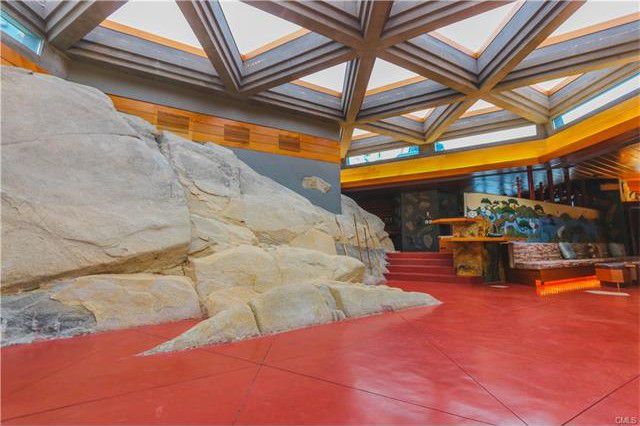 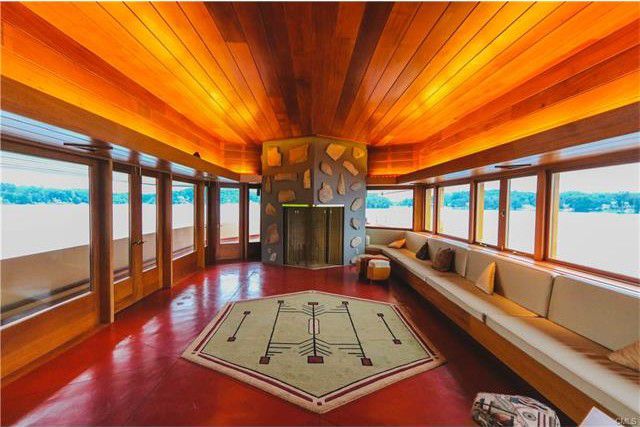 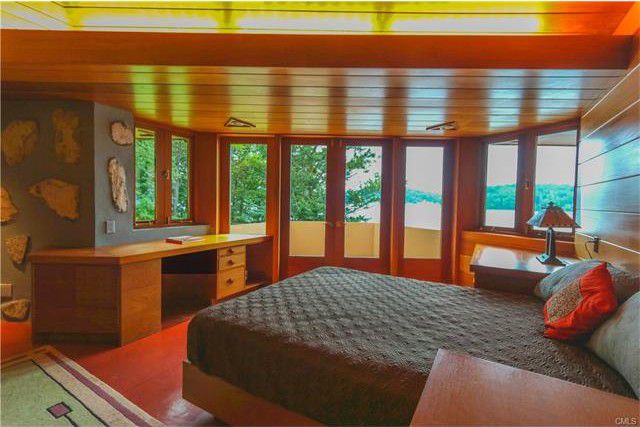 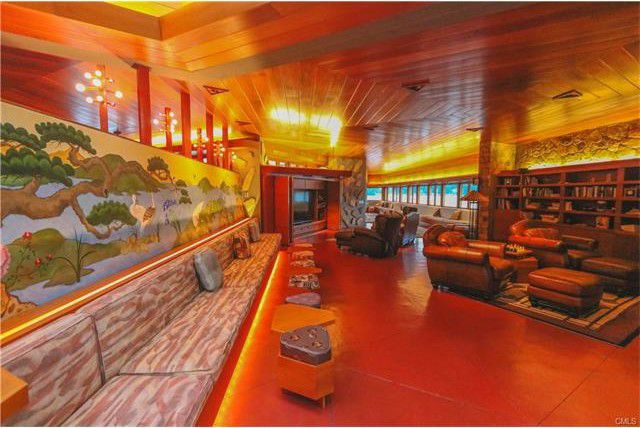 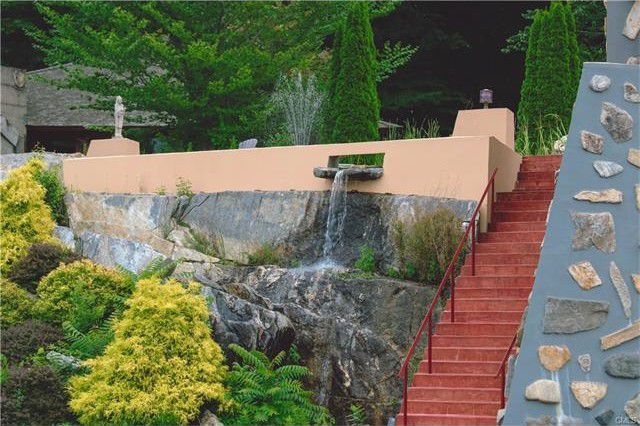 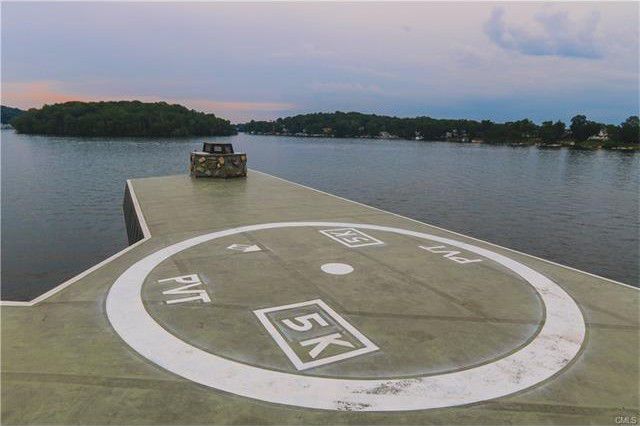 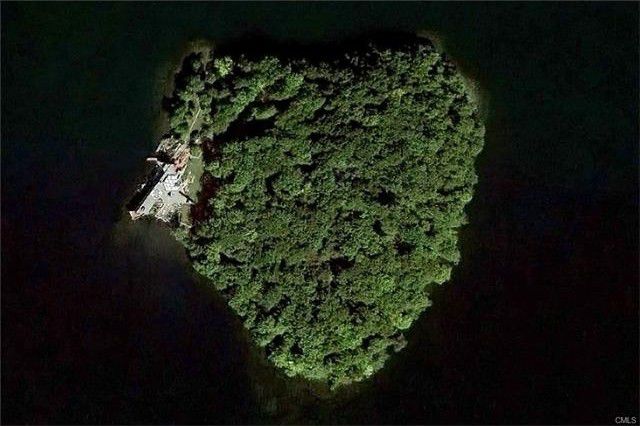