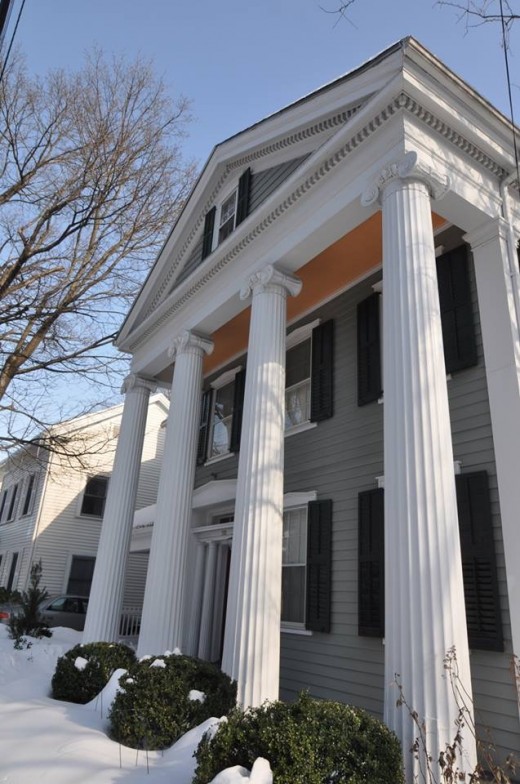 There is a buzz in the air this Spring; not the buzzing of bees but the buzz of real estate. Parking spaces for condos in D.C. list for $100,000+. Multi-million dollar listings in Manhattan receive seven offers in one day. Everywhere you turn it seems everyone is either buying or selling real estate. So how is the real estate market in our corner of the world? Have the repeated articles about Kingston’s artistic community, restaurants, and bars in the New York Times, Travel and Leisure, and countless blogs affected the local market? Has the county’s endless supply of 18th century stone houses started selling again? Is Woodstock still a popular selling area? Are there new hot-beds rising within Ulster County? Searching for just these answers and many more, I contacted my friend and realtor Harris Safier.

As I have indicated previously, Harris Safier of Westwood Metes and Bounds, LTD was both the listing and purchasing agent for our real estate transactions in 2014. A seasoned veteran with over thirty-eight years experience in the Ulster County real estate market, Harris is as knowledgeable as they come. Through the decades Harris and his husband Robert Tonner – founder of the Tonner Doll Company – have purchased and sold an endless number of properties. The couple’s holdings currently include eleven properties scattered throughout the Ulster County region. 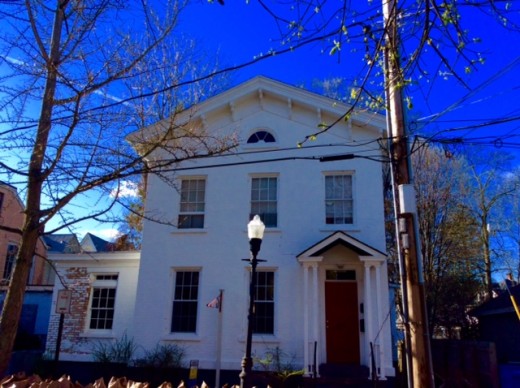 In the last year there has been a shift in the local housing market. The large multi-million dollar properties in Kerhonkson, Stone Ridge, and even Woodstock seem to be moving rather slower than in previous years. Of the 54 luxury properties within the county only six are currently showing accepted offers. Recent sales indicate there has been a slowing in the $750,000+ market. The sales of eighteenth century stone houses – once the jewel of the region – seem to once again be gaining strength. According to Harris, “younger couples are starting to realize they can re-adapt the centuries old houses in a non-traditional manner.” Overall real estate prices are up eight percent compared to those in 2014. The average selling price has been $210,143 with the median selling price of $175,00. In the typically strong market in Woodstock, the average sale price has been $369,967 with a median sell price of $308,450.

As obsessed with real estate as we are at Upstater, the question remains: what are the current hot spots in the county? Thanks to the popularity of both the Phonecia Diner and the boom in country weddings, Shandaken and Margaretville have seen an upswing in sales. However, the buzz seems to be all about Kingston. A recent listing had eleven showings within the first week. Of those 11 showings, 10 of the prospective buyers were from Brooklyn. Indeed, the shift in Kingston does seem to be toward a growing influx of young buyers from Brooklyn and Williamsburg. To walk the streets of Kingston is to realize the housing stock begins with the seventeenth century, then journeys through every period of architecture until the late twentieth century. 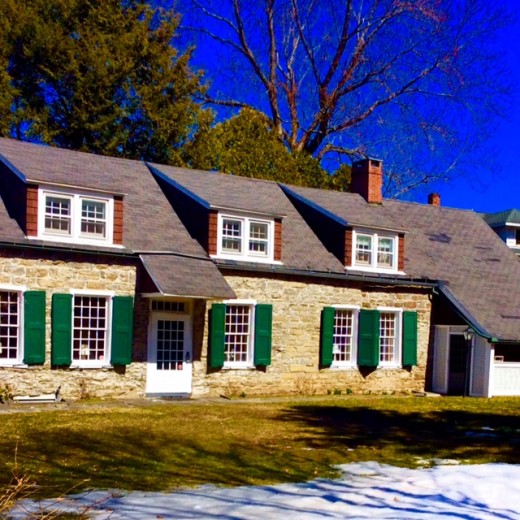 This circa 17th century stone house is within walking distance to Kingston’s Stockade District, and offers 2,688 square feet with a list price of $245,000

Having experienced various boom periods throughout its nearly four century history, Kingston boasts the glories of Gilded Age and Victorian mansions intermingled with colonial revivals and mid-century moderns. Commercially, the stock of former industrial spaces, mixed with buildings in the Uptown Stockade area and in the Rondout Waterfront have caused the market to expand as well. Commercial buildings in the Uptown and Midtown districts are starting to sell strongly. In many instances the commercial spaces also include upper-level areas perfectly suitable for conversion to loft spaces. Speaking from personal experience, the walkability and growth in the number of dining options have made the Uptown section of Kingston particularly appealing. To shop and dine in Kingston is to find oneself in a bustling area of people from all age groups.

An ingenious marketer, Safier constantly seeks ways to promote Westwood and the mid-Hudson Valley region. Through his association with the Leading Real Estate Companies of The World and their co-site Luxury Portfolio International, Safier has expanded his company’s reach. The higher market properties featured on the Luxury Portfolio compete effectively with similar properties in other regions. Thanks to Safier’s association with Leading Real Estate Companies of the World, Gary and I were able to sell our former Kingston home. Seeking to expand his market base, Safier launched bestplace2move.com six years ago. I was thrilled by the possibilities of the site. By plugging in certain parameters such as interests, proximity to the city, and the type of community desired, you are instantly connected to descriptions of areas which best match your criteria. Currently, bestplace2move reaches thirty-three counties throughout New York, Connecticut, and Pennsylvania. It is through marketing strategies such as these that Westwood has expanded the Real Estate growth in the region. The perfect storm of real estate occurs when the forces of media, timing, and economy come into play. It seems 2015 just might be the year for it in Kingston. 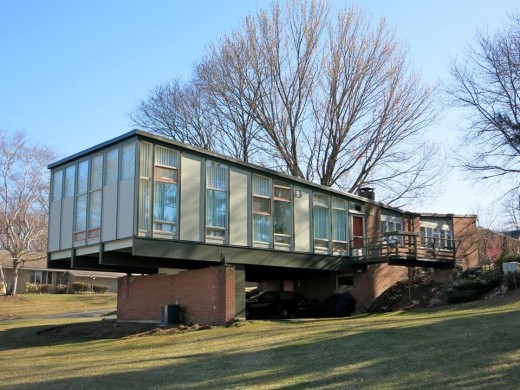 This mid century modern home recently received an award for Historic Preservation from the Friends of Historic Kingston in 2014.

Because I love to talk houses, I’ll add a designer’s perspective to the discussion. I daily scan listings from all over, and am frequently asked by potential sellers and agents to preview properties. I love nothing more; I’m a real estate addict. However, one point of frustration I’ve had until recently is the lack of visibility for local “diamonds in the rough.” Yes, the great $750,000+ properties have luxurious baths and state-of-the-art kitchens. However, give me a great colonial revival or an arts-and-crafts style home and my heart begins to pulse. Thanks to the prevalence of IBM in the 1950’s, the area has a terrific selection of mid-century houses. Some of these houses were initially equipped with cutting edge technology of the era; intercom systems, dial-controlled lighting, bars which harken back to the days of ‘I Dream of Jeannie,’ and kitchens reminiscent of ‘The Jetsons’ can often be found in these homes. In Kingston you may purchase an actual mansion without the fear of paying the cursed “mansion tax,” which is applied to all properties selling for over one million dollars in Manhattan. In fact you can typically purchase a mansion in Kingston in the price range of three to six hundred thousand dollars. In many cases, homes with Tiffany windows, intricate moldings, and magnificent detailing are awaiting renovation. Updating a historic or older home is not necessarily to yearn for a former era. Instead, in the twenty-first century, terrific older properties may be readapted for contemporary living and furnishings. With the ever-growing popularity of AirBNB, a restored home located conveniently close to skiing, hiking and boating can become the proverbial cash cow.

There is a buzz this spring season. The buzz surrounds the real estate opportunities available in Kingston and the surrounding cities of Ulster County. The onset of Spring might be the perfect time for a drive Upstate. Who knows, your dream home might be waiting off of Exit 19. 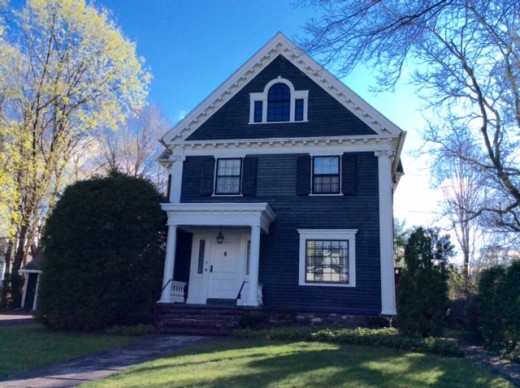 This circa 1898 queen-styled Home is 2,666 square feet, and was recently listed and closed by Westwood Metes and Bounds,LTD