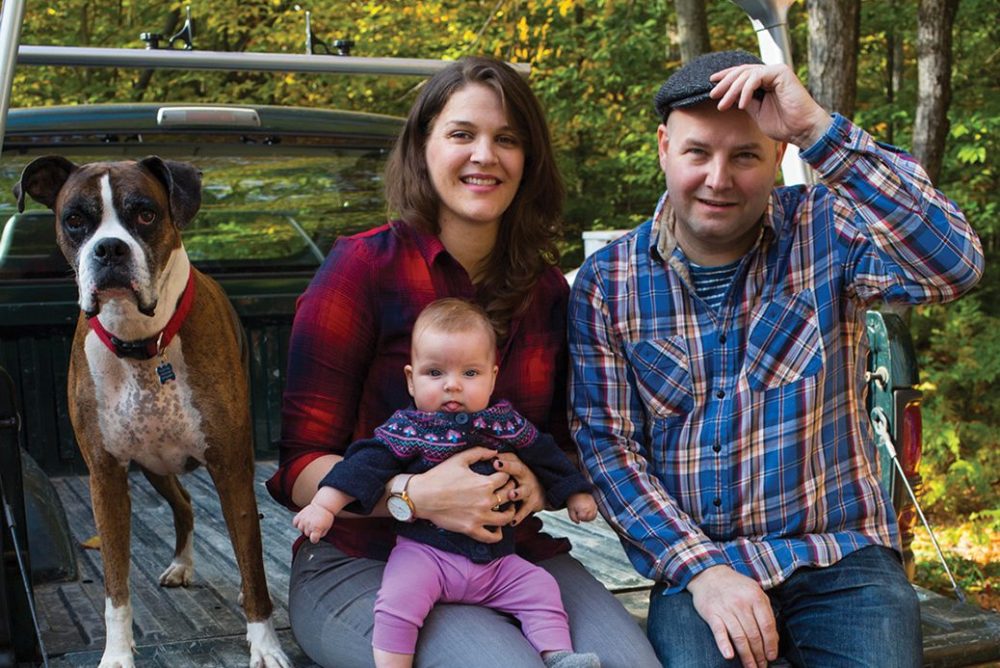 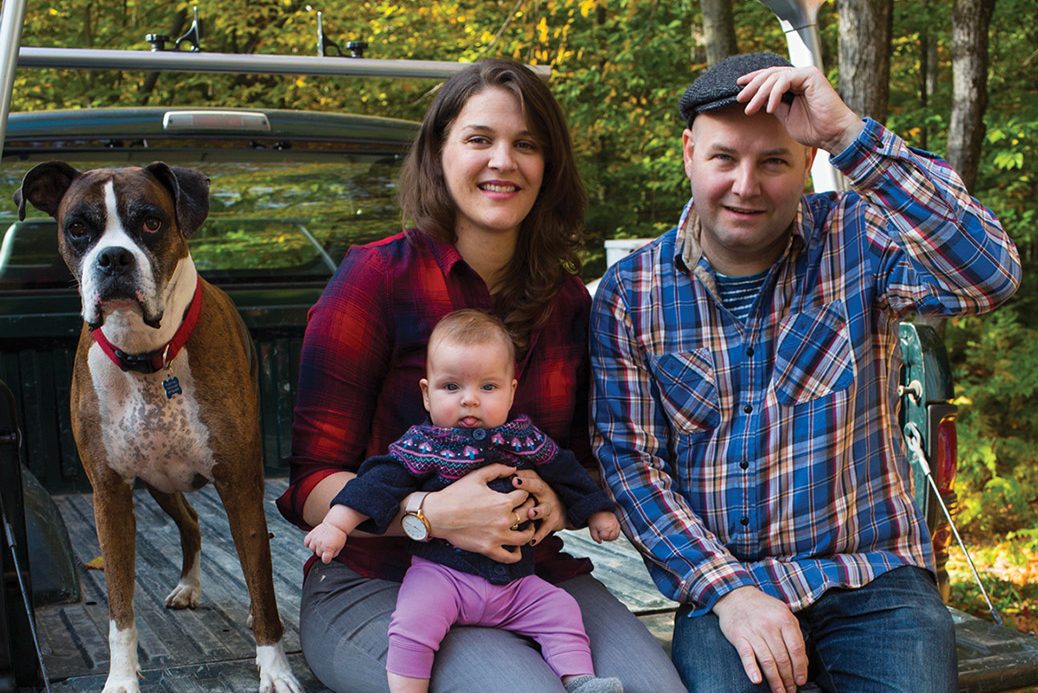 Becca Moore and Randy Makiej are committed to revitalizing their adopted Parksville, a hamlet of the Town of Liberty in Sullivan County. Since 2011, they have been commuting there from their apartment in Long Island City, about two hours away. Moore is a product designer at Perka, a Manhattan start-up, and Makiej is a freelance producer.

Six years ago, the couple considered their next move. “We were looking for something new and exciting,” says Makiej. “We considered either buying a place upstate to renovate and make our creative hub, or traveling. They spent four months camping at 16 national parks. But the dream of owning an house upstate persisted, so when they heard about a four-acre plot of land in Sullivan County, they jumped on it. “It was a beautiful wooded lot on a mountaintop with access rights to the nearby lake, but it needed a road to connect the lots,” says Moore. Markiej oversaw the construction of a road and year-round cabin. Meanwhile, they camped on their property.

“Summer was great,” says Moore. “Fall was nice, and winter was very cold. We were able to stay over in the winter once the cabin was enclosed, and we spent many cold nights huddled in our barely heated cabin while building out the interior.”

These days, Moore and Makiej and their baby daughter, Willa, born last summer, welcome friends and family for weekends at the cabin. “We host a giant Fourth of July party every year with bands, boating, fireworks, and
a giant paella,” says Moore. They’ve set up over 20 camping spots, each one nicknamed for their Boxer, Bunker Bockhorn.

Now they are getting involved in the life of Parksville, which consists of two cross streets and about 1,030 people. They’ve bought two turn-of-the-century Main Street storefronts with apartments. “They had been occupied by one family for a few generations and hadn’t ever been rehabbed,” says Makiej. “They’re in pretty rough shape. We’re just beginning the renovation. It’s already a beautiful time capsule.” 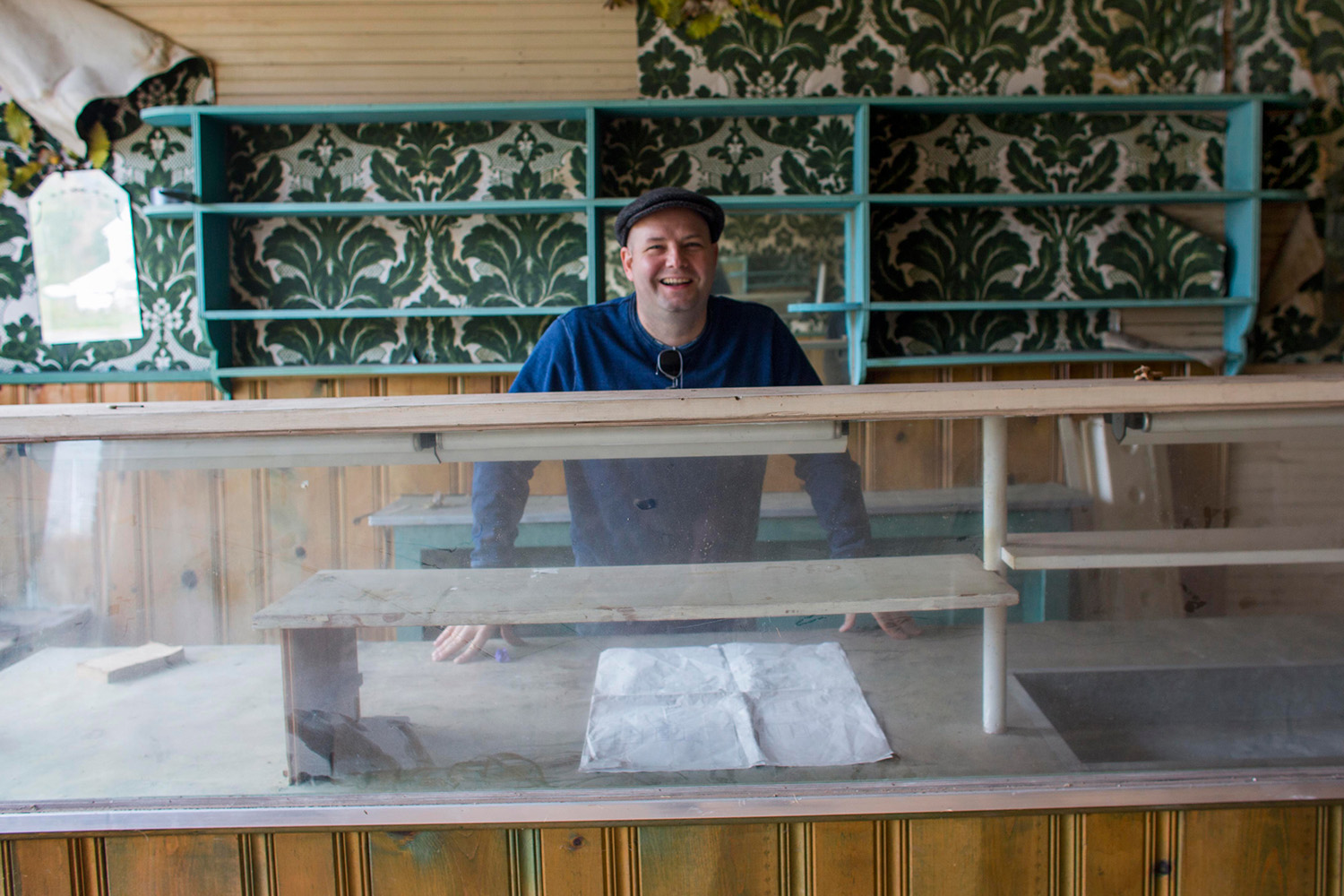 Route 17 bypasses Parksville, so many of its buildings are sitting empty, but now new businesses are springing up. “Parksville turned into a bit of a ghost town,” says Makiej. “This made it really enticing to us. We saw all these mostly original buildings sitting empty, and we saw tons of potential.”

After rediscovering the Parksville Rail Trail, which winds behind Main Street toward Little Beaverkill Creek, Makiej and Moore have been working with Parksville residents, the Town of Liberty, and Cornell Cooperative Extension to install trailhead signs. They have big plans for their own Main Street storefronts. “We thought, wouldn’t it be cool if Parksville had a small coffee roastery and place to get a fresh cup of specialty coffee? In one storefront, we’ll have coffee,” says Makiej. “The other will start off as our studio and workshop, but we think it will probably evolve into something else.” 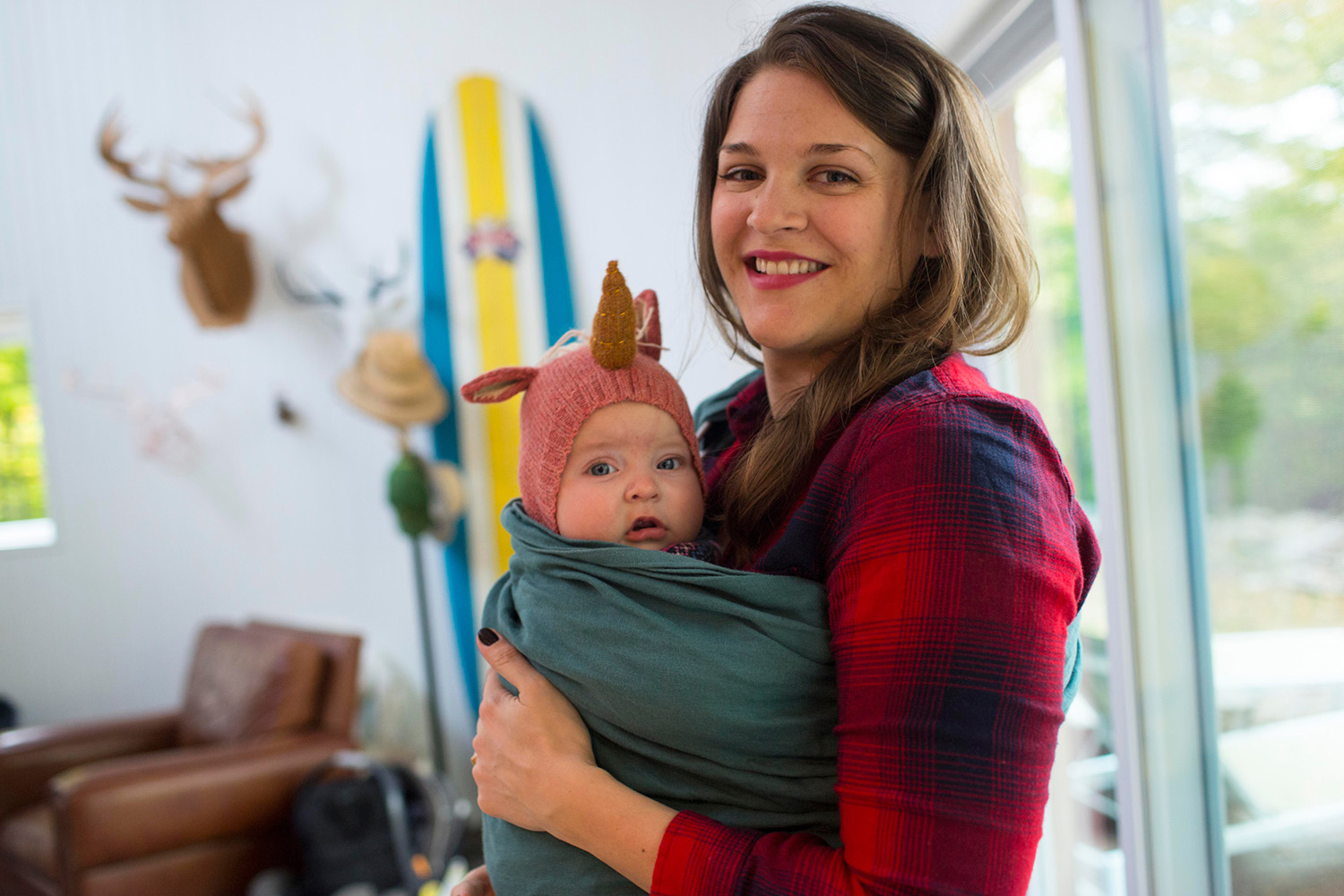 Meanwhile, the couple continues traveling upstate and downstate, with Willa in tow. “We both have flexible work schedules, which allows us to be where we want to be,” says Moore. But they are gravitating more to their Parksville retreat. “It couldn’t be any more different from the city,” says Moore. “On a dark night, we can see the Milky Way—when it’s so dark you can’t see your hand in front of you. When the moon is full, you can practically read a book by the moonlight. You know you’re outside the city. If we don’t get upstate for over a week we start to feel it, start to get a little anxious and miss it.”