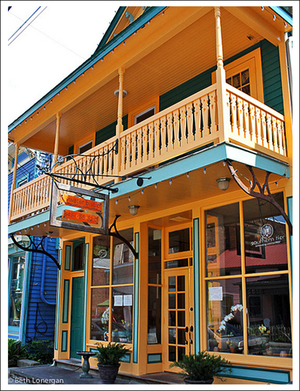 The colorful welcoming facade of the ByWater Bistro in Rosendale, NY

“There is no sincerer love than the love of food,” George Bernard Shaw.

Having taken a rather nasty header down my front stairs in January, I have been on a bit of a hiatus. A word to the wise when it is a bleak January day: do not descend a staircase while texting, in particular if you have a rather precocious Scottish Terrier named Mister Frazier who likes to nap on the stairs. As I lay in a heap, with my aching head resting upon the knell post, I thought, “well this is a fine mess.” Having bounced back, after weeks of being home bound, I could not wait to hit the road – day trips, multi-day trips and prolonged journeys became the norm. Along the way with each familiar and new locale, I reflected upon life in my Hudson Valley home. One of the ironies of leaving the Hudson Valley, whether you are a dual resident, resident, or visitor, is that once you have entered the Valley memories of its landscape, mountain vistas, and history pervade your thoughts. 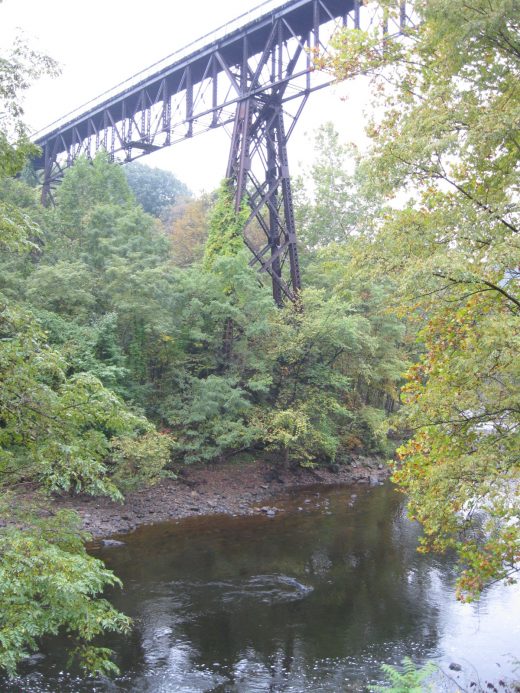 The By Water Bistro’s garden’s creekside locale is the perfect setting for a sunset cocktail party.

Now that Spring has finally sprung, my thoughts of the Hudson Valley drift to one of my favorite past times, Al Fresco dining. No matter where Gary and I have lived, once the evening temperatures rise past 45, I begin to become antsy to dine Al Fresco. From Rhinebeck, to Red Hook, to Tivoli to Kingston, to New Paltz, the options for Al Fresco dining are limitless. Additionally, the varieties of cuisine available stretches the gamut from Thai, to Italian, to French and American. The history of outside dining extends back to medieval times, when hunting parties would enjoy a feast before setting off on the hunt. Typically these feasts consisted of quantities of various cooked meats and pastries washed down with quantities of alcohol (hmm, I knew I loved outside dining). For hundreds of years European countries have enjoyed “open air dining,” particularly in the warm summer months. Thoughts of vine covered trellises, cobblestone patios, and sunken grottos spring to mind. Naturally the Hudson Valley, with its ancient stone buildings, twisting creeks and streams, paired with cascading mountain views is custom tailored for “open air dining.” 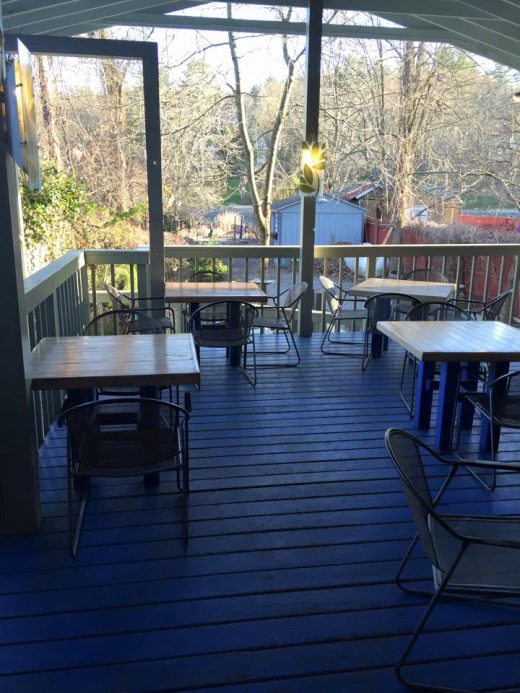 Tucked behind the Bistro’s appealing facade is an enticing covered patio and a romantically appealing dining garden.

Between recent travel junkets, my friend and restaurateur Sam Ullman, owner of the ByWater Bistro in Rosendale, NY, invited me on a rather curious but immensely captivating excursion. To know Sam Ullman is to know his love of food and his admiration and respect for local Hudson Valley farmers, as well as to never be surprised by what he has up his sleeve. Sam is indeed the epitome of a 21st century renaissance man, a self trained chef whose culinary expertise is comparable to that of the most noted of Culinary Institute of America graduates. Additionally, through his partnership in the Hudson Valley Harvest company, Sam is well versed with the gastronomical delights produced by the region’s farms, meat producers and dairies. Hudson Valley Harvest is a one-stop wholesaler of Hudson Valley products. Whole Foods and Fresh Direct are just two of their larger wholesale customers. In the coming weeks I will circle back with a feature on Hudson Valley Harvest and their delectable offerings. I will divulge though their bacon and New York strip steaks are not to be missed. 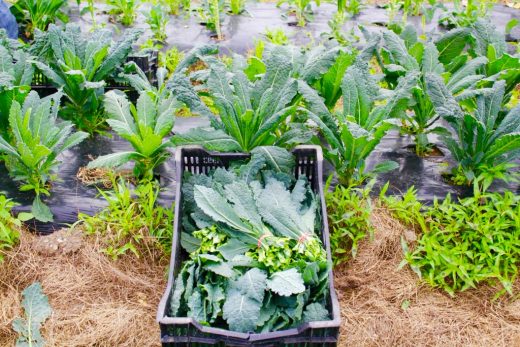 In Addition to offering a variety of speciality meats, along with Hudson Valley made culinary products, The Hudson Valley Harvest companies is a wholesaler of locally grown produce (photo courtesy of Tess Dunlap).

As we meandered along from my Burgevin Street home in Kingston, through hills and dells en route to Sam’s beloved ByWater Bistro , I was regaled with tales of epicurean delights. From Sir William Farm brown ale beef shank to Hudson Valley pasture-raised single cow beef burgers my mouth began to water. In fact Sam’s description of how he prepares his beef shank, “one of the cheaper cuts of meat but also one of the most difficult to prepare,” caused an audible rumbling of my stomach. By the time we approached the colorful late Victorian entrance of the Bistro my head was dancing with descriptions of ByWater’s signature made to order chocolate fondant cake along with its delicious pineapple upside-down cake with coconut ice cream. How can you not like a hulking guy of six plus feet, who loves to prepare pineapple upside-down cake? It would be nearly impossible I would think. Naturally given the immense abundance of natural produce in the region, ByWater’s menu also encompasses chiffonades of Tuscan Kale and Mustard Green Salads along with the finest offerings of heirloom vegetables in season. 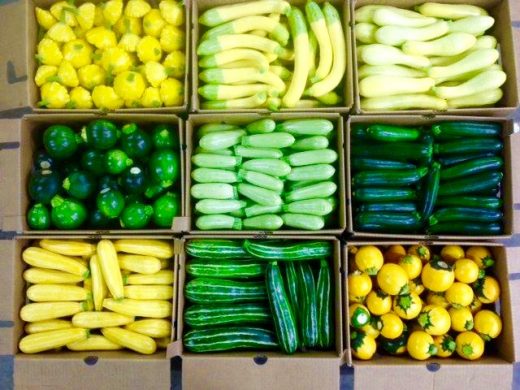 The ByWater Bistro has long been a year round destination for bridal showers, rehearsal dinners, bachelorette parties and baby showers, yet it is from late Spring until early Autumn that the restaurant begins to sizzle. For, tucked behind the Bistro’s appealing facade, within in mere steps from the bar (which specializes in signature cocktails and crafted drafts), is an enticing covered patio and a romantically appealing dining garden. The garden, with its cozy nooks and garden path smells of long Summer evenings filled with laughter and the tinkling of glasses. The Bywater’s creek-side garden is an absolute dream setting for a sunset cocktail reception. So in a sense the ByWater Bistro harkens back to the legacy of century-old “open air” European eateries. A delightful venue with a touch of European elegance, tossed with the perfect mixture of naturally grown Hudson Valley-grown products. 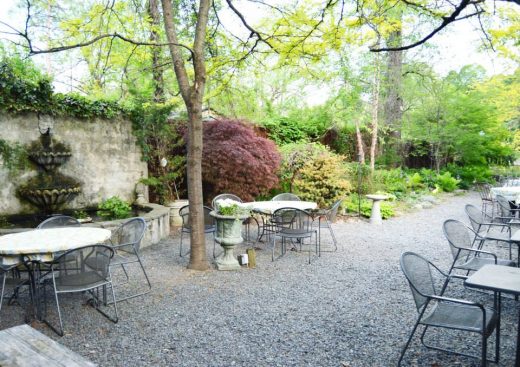 Spring has sprung in the Hudson, the shrubs are blooming, the trees are shimmering with emerald green leaves and the rivers and creek are rippling. Why not head out this weekend to the Hudson Valley? Enjoy the sights, hike the trails or sail the waters of the Hudson? Oh yes, and if you are hungry why not stop by the ByWater Bistro to dine with Sam Ullman and his brother Rueben? I guarantee you will be glad you did. Oh yes, and if you like, tell the guys Haynes sent you. 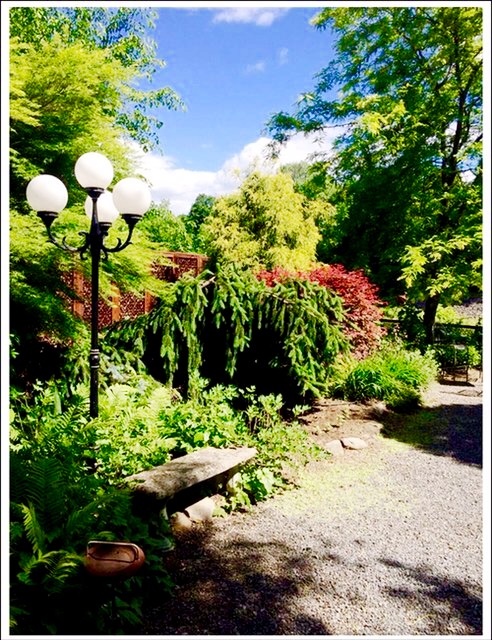