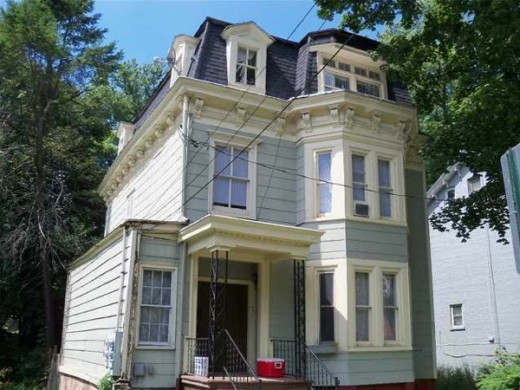 Grand Street, along with Liberty and Montgomery, were among the first streets in the City of Newburgh to be designated as a historic district. Owning this home at 287 Grand, you would be among the 250 buildings designated in the MGL Historic District. Unfortunately there are no interior photos on any of the listings provided on the internet.

What we do know is that the home is being listed at as a 3 family multiplex home. It is unfortunate that a beautiful home like this has been cut up into multiple apartments, probably compromising many historical details, if any still exist.  That has happened too many times to the historically valuable homes on Montgomery, Liberty, Grand and beyond. However, most times it is easy to convert these homes back into 1 family dwellings, with perhaps a small apartment.