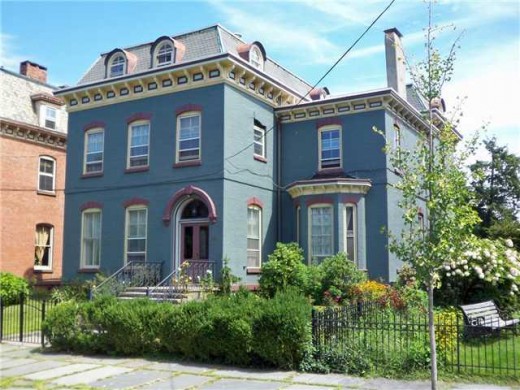 This second empire mansion at 266 Grand Street is a modern day reminder of Newburgh’s Gilded Age, when wealth and industries were abound. Fortunately, the history of the original owner has been well documented by his descendants. And, for architecture buffs, there are plenty of original details in tact in this home that is over 130 years old. 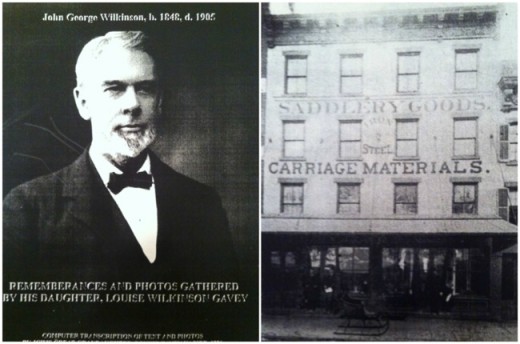 The original owner was John George Wilkinson (1848-1905). He came to Newburgh when he was just 18 years old and stayed until his death. He was known for his family carriage business at 6 & 8 Water Street. Look closely at the photo and you can see a sleigh in front of the store on the side walk. The business began at 8 Water Street and due to the success of the business they later expanded into 6 Water Street. Wilkinson was considered one of “Newburgh’s best” and one of the “foremost business men of the city”. 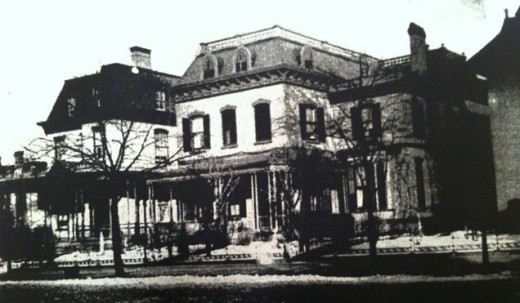 In the documentation of Wilkinson’s history, many letters have been preserved and transcribed that were written between John G. Wilkinson and his parents. They affectionately refer to him as “My Dear Boy, Johnny”. In one letter Wilkinson asks his father to borrow $3000 to help him build and purchase the lot at 266 Grand. He tells his father that it is a very large lot for Newburgh and the location is very convenient for him.

On April 24, 1880 when the deed was finally recorded and Wilkinson had possession of “his home”, he wrote to his parents, “The place grows upon me the more I look at and examine it. It is a lovely home – such as there are very few like it to be found anywhere. I sincerely and humbly trust that it may be a home in every sense of the work to us and that it shall be one also where the “master” shall lover to tarry”.

As you can see there are a few changes that have been made over the years. The original porch is gone, and there are no more shutters. Also, the metal railing on the roof is no longer there. 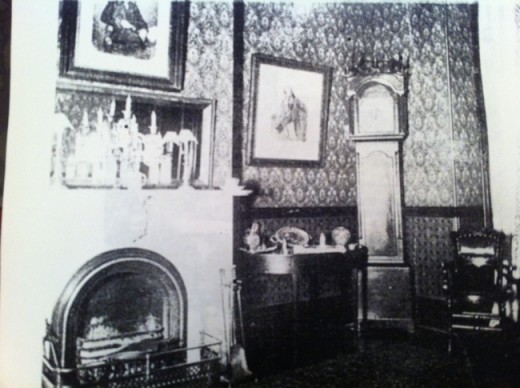 If you fancy to know what the interior decor was like circa 1900 this picture helps. There is much more history available. If you are interested contact realtor Chris Hanson, whom has provided these original photos and background history information.  See below for current day photos. That 3rd story balcony out back probably has killer views. 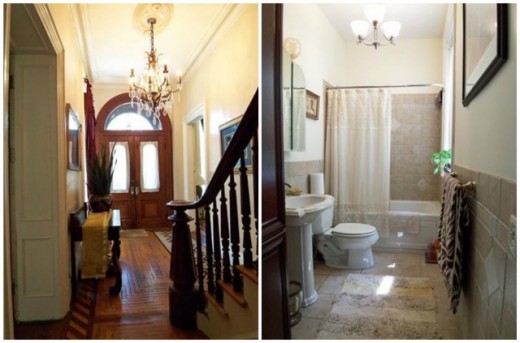 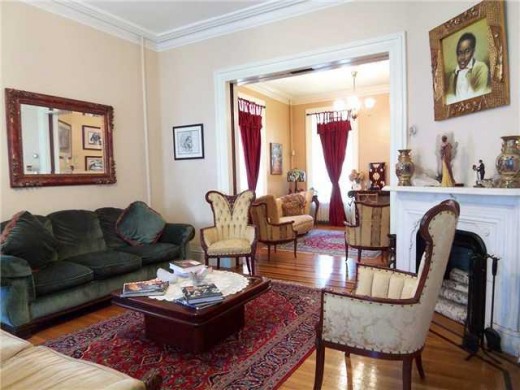 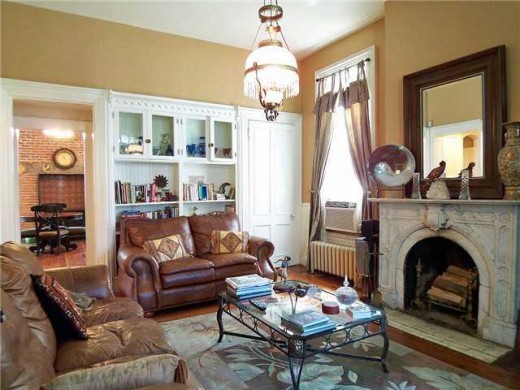 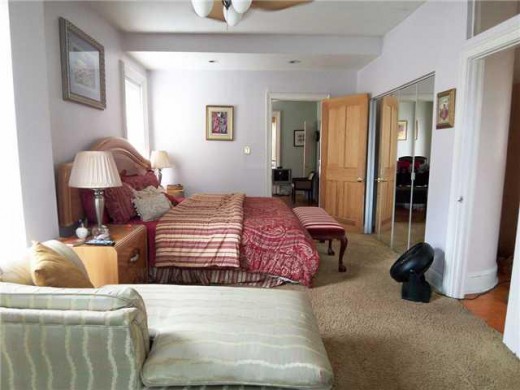 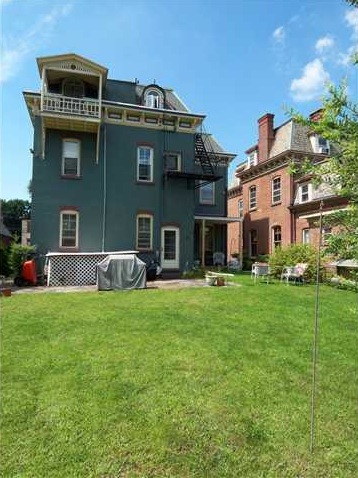