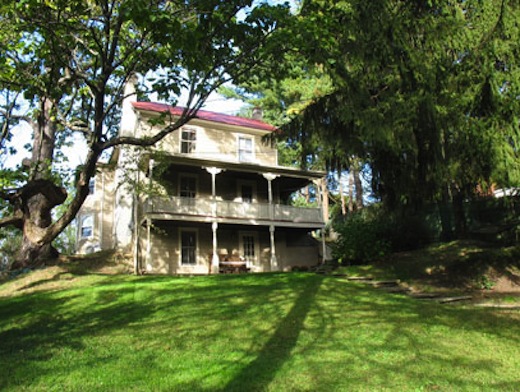 Several friends of Upstater have gone in person to see this Barrytown Victorian, which we wrote up last March, with high hopes, and have returned without becoming home owners. We haven’t quite figured out why, but they’re clearly not alone. The location looks decent, at the end of a dead end street, and the house is a certifiable charmer, according to the photos. It originally debuted at $549,000, but was last sold in 2002 for $534,000, according to Property Shark. It was last listed at $399,000, but the broker says it’s now rented and not currently for sale.
38 Wildey Rd, Barrytown, NY. GMAP