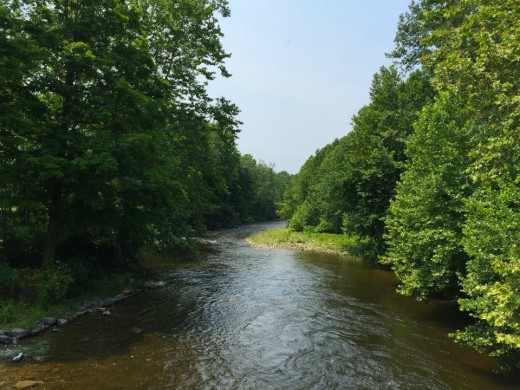 So this past spring I spent a lot of time with friends who kept saying, “You have such a big house. Why don’t you put it on Airbnb?” This is the kind of thing that quickly starts to sound like your mother asking, “You’re so thin… Why don’t you eat more?” Inevitably you say to your Mom, “Because I’m not hungry.” Well that’s what I did for a long time with my nagging friends. Until about mid July, I guess I got hungry.

It wasn’t so much that I wanted the extra cash, though that was rather appetizing. It’s that I simply got curious. Was it really as easy as everyone was saying?

Step one: Go to the website. When you go to the Airbnb website, there’s a disturbing home page. At first you think you’re looking at a person quietly sleeping in a bed, until about three seconds into opening the page and that person starts to move – it’s really creepy and alarming, but I have to say – it holds your attention. The point being and the tag line of Airbnb is that you can “Belong Anywhere.” Still kind of creepy… just saying.

So after you get past that, click the button that says “How it works.” You have to squeeze your eyes and squint to find the line at the bottom which then leads you to how to become a host and list your space section. From there it’s fairly easy if you just click through and fill in the subsequent pages, upload a few photos, check the box regarding how much you want to charge and how you want to get paid and Voila! You’re an Airbnb host. 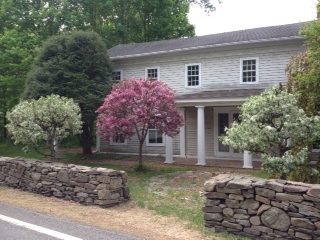 We put our historic home on AirBNB

Next thing is just wait until you get a request. So far it’s rather simple and painless.

The requests come in quickly and it’s kind of exciting to find that someone wants what you have to offer. In my case I advertised a historic home on the Kinderhook creek. Since my house is for sale I already had a boatload of photos taken for the realtors listing.

The interesting thing about Airbnb and how it differs from a straight up Bnb is that you can basically vet the people who want to stay in your home. You’re not obligated to say yes to anyone and that’s for the simple reason that they’re staying in your bed, in your house and you will be there with them.

Despite that, I waited a while before hosting my first couple, though I received lots of inquiries. I had the normal trepidation and insecurities anyone would have about strangers sleeping upstairs, yet I eventually stopped putting people off. In fact, if you “decline” too many requests, Airbnb has a funky points and punishment system that you need to be aware of. I guess it keeps things rolling along for them too, so eventually I approved a reservation.

The first stay was a couple from Rhode Island who were visiting their son in camp. How much safer can that be? They booked only one night (I don’t post a two-night minimum) and the Mom explained that most of the time, they would be with their son doing family day camp activities.

Smooth as silk right? Not so fast. One of the more difficult parts of hosting is not just preparing the house for guests, getting clean sheets on the bed, scrubbing the bathroom and getting some nice breakfast foods in the fridge, but also checking them in. If you decide to become a host, please realize that though most people intend on being on time, few rarely are.

It took about 12 emails to finalize their arrival time and still they were sitting on my porch waiting for a good twenty minutes for me to come home.

This was annoying. There they were, a nice couple and their kid! No one said anything about their kid, but there he was. Thankfully they were all very nice and easy going and so after the initial hellos and a tour of the house, I learned that their child was just there to relax and escape sleeping on the ground, which he had been doing for a few weeks. He ended up taking a nap while his parents relaxed on my screened porch. Not terrible.

The truth about hosting is that you totally give up your privacy when you have guests (whom you don’t know), staying in your house. If you don’t own a bathrobe you might want to buy one and pajamas too for that matter. It’s easier to have your guests stay on one end of the house and you on the other if at all possible.

Before your guests arrive, Airbnb advises you to prepare what they call a list of the “house rules.” This document is helpful in informing your guests of the “dos and don’ts” of staying in your home. My list was embarrassingly long, running almost two pages. Ugh… it’s truly the control freak test. 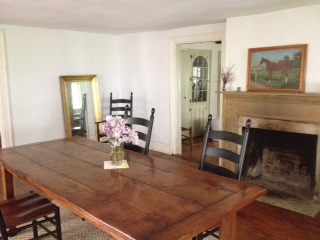 Around dinner time my guests left to take their son out for pizza. In the role of host you are many things: Innkeeper, housekeeper and tour guide. I ended up giving them suggestions on where to eat, and directions as well. I would advise other hosts to have local maps handy for this purpose.

All in all it wasn’t so bad. I ended up staying home that night and going to bed early. The couple returned quietly, and I got up and shut the lights off and locked the front door. When morning came I left to go to yoga class and they were still in bed. When I came home they had already left for Rhode Island.

Despite my initial concerns it was fine and of course, when the payment hit my bank account, I was fairly pleased with the whole experience.

Since that first visit I’ve hosted a lovely couple from Brooklyn, and soon another NYC couple will stay in my guest room.

This definitely gets easier in time, but prepare for a few surprises. The boys that are staying next weekend want to barbecue, and so I need to decide if I want to give them free range on the kitchen and outdoor grill. This is negotiable since renting the “whole house” comes at a higher price. I’m sure it will be ok, but still I think I’ll stick around to make sure it goes well.

This is also interesting. Since talking to friends about being on Airbnb I’ve stirred up some interest and a few people have asked me to manage their homes and bookings so they can earn some extra income when they’re out of town and their houses sit empty. I like it so it looks like I’ll be gaining lots of experience with the Airbnb scene with a bunch of different houses.

So if you’ve had a burning desire or a mild fantasy that becoming an Innkeeper could be fun, run to the Airbnb website and start signing up guests. You never know who you’ll meet.

Allison is the Author of the recently published book, The Hidden History of Columbia County, NY. The book uncovers the hidden secrets buried in one of New York’s most popular counties for New York’s second home owners. Featured on the cover The Chatham Courier and The Register Star, The Hidden History of Columbia County, NY is selling out in book stores. Her blog: Columbia County Life has a large following. The author’s posts feature individuals and their contributions to enhancing life in Columbia County. Allison also writes for Main Street Magazine in Millerton, New York, and has contributed to The Chatham Press and numerous other specialty publications. She has a BA in communications from Fordham University and spent 15 years living and working in NYC as a PR professional. Allison now makes her home in Malden Bridge, NY. You can contact her by email at indgocomm@gmail.com.