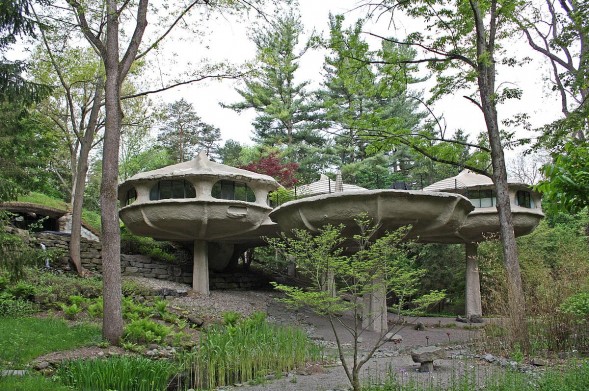 Although this house is near Rochester, NY, and outside of Upstater’s official territory (if you think Rochester classifies as upstate, we need to talk), we thought you guys would want to see it. The Mushroom House, as it’s known, has been on the market since last year for a million bucks. The former Zillow House of the Week recently sold for $800,000, which was apparently newsworthy enough to win it a video spot on Bloomberg, below.