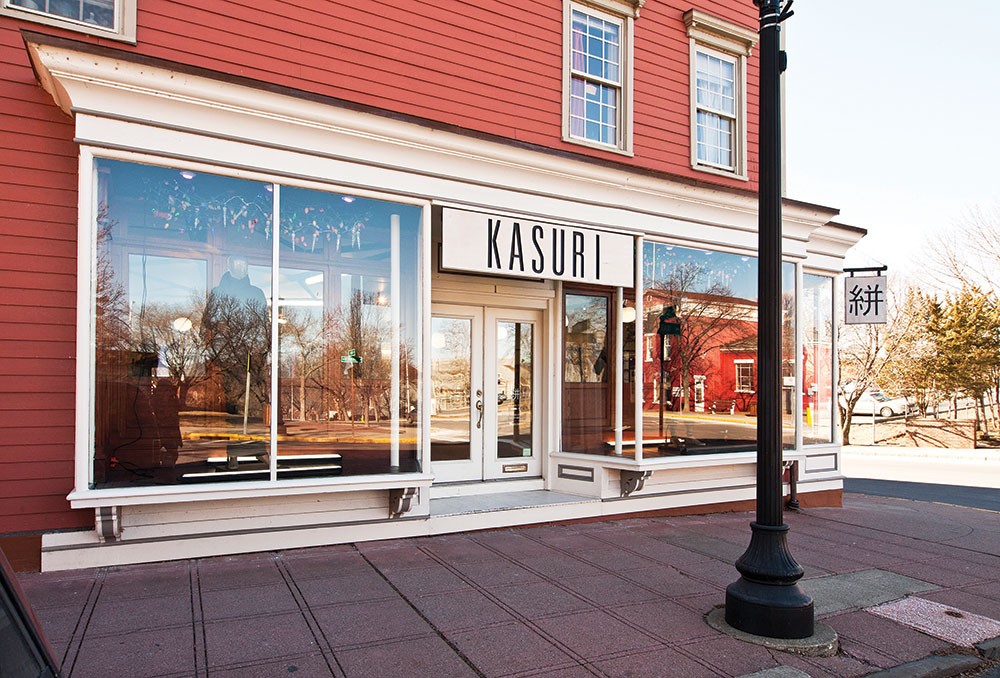 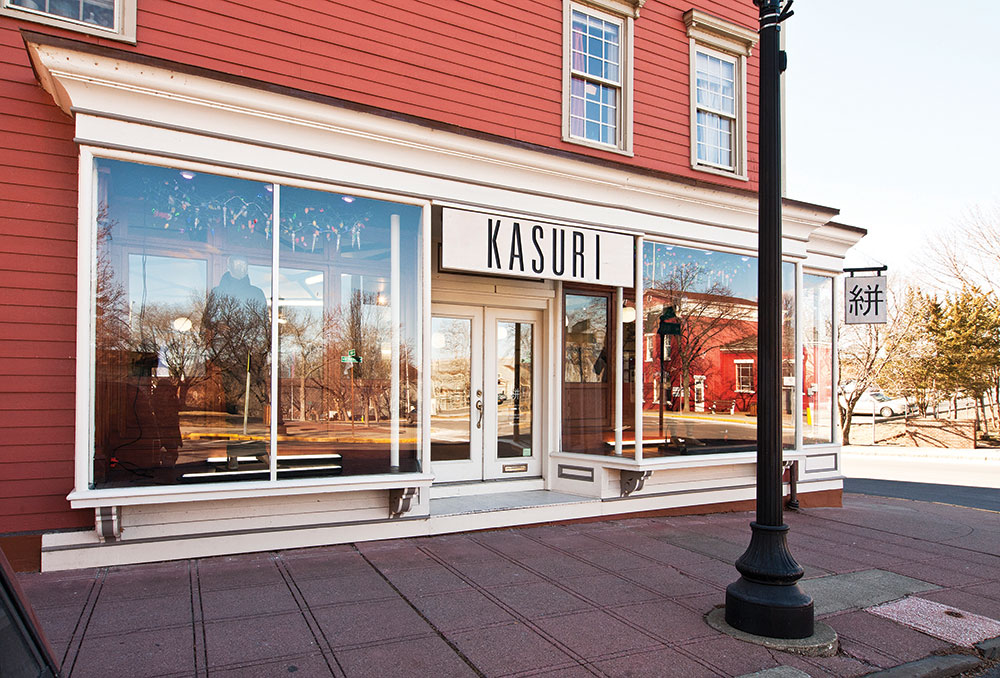 Entering 1 Warren Street in Hudson, prepare to be stunned. Kasuri, a luxury boutique which sells curated cutting-edge runway fashion, is a gem that might be found in one of the planet’s fashion pulse points. But in this tiny city with just a mile of retail and a population of about 7,000, it’s utterly unexpected.

“We opened the doors in spring 2014,” says Kasuri owner Layla Kalin. “What’s happened since has been breathtaking. These days I’m working with the crème de la crème, the designers who inspired me into fashion: Yohji Yamamoto, Rei Kawakubo, and Rick Owens.”

Kalin knew it would take a little friendly persuasion to get Kasuri, which is named for a Japanese weaving method, off the ground. “We had to knock on a lot of doors,” she says. “Doing this level of fashion upstate didn’t make sense to a lot of brands at first. But I knew. Hudson had a ton of antiques, and antiquing is great, but for a woman with a little money to spend, there was nowhere to satisfy that certain itch. And with the second-homers and young creatives here, there are people who appreciate really high-quality fashion.” Kasuri also markets online, and is one of the top 20 U.S. retailers of fashion giant Farfetch.com. 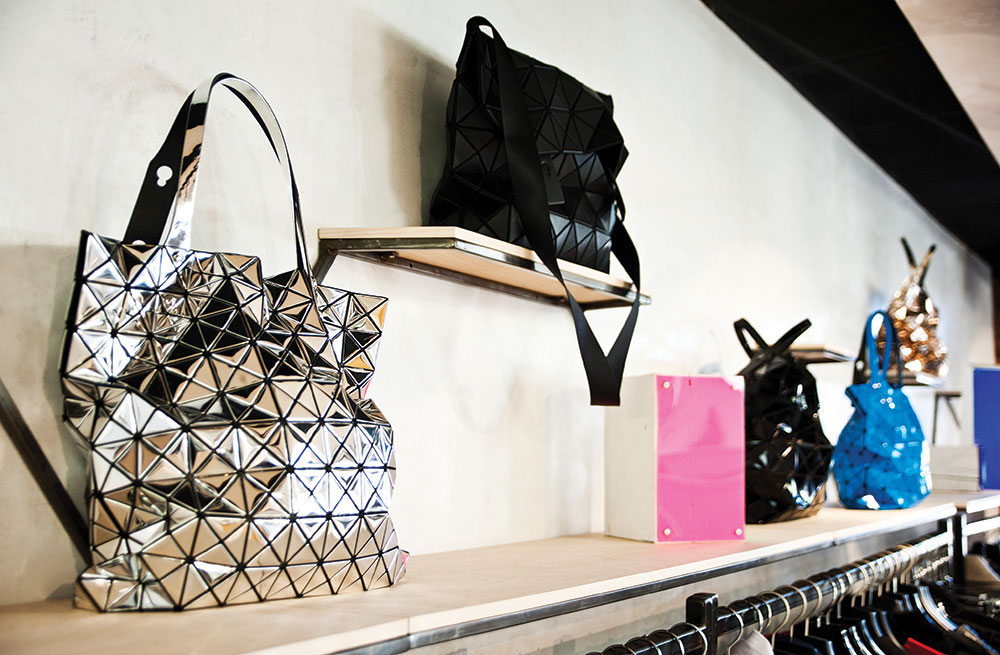 Kalin wasn’t raised in five-figure dresses. “I grew up very blue collar, wrong side of the tracks,” she says. “For back to school, it was Target or thrift shops. I wore jeans for 25 years straight.” After dropping out of a master’s program to attend Los Angeles Trade and Technical College and setting up dressmaker’s equipment in her garage, Kalin found her products popular with the likes of Scarlett Johansson and Trent Reznor.

In 2007, she moved to Brooklyn. “I was working for a DIY sewing website that was connected to Etsy, and my boss had been roommates with [Etsy founder] Rob Kalin,” she says. “A month after we married, I was pregnant, and he wanted to move upstate.” 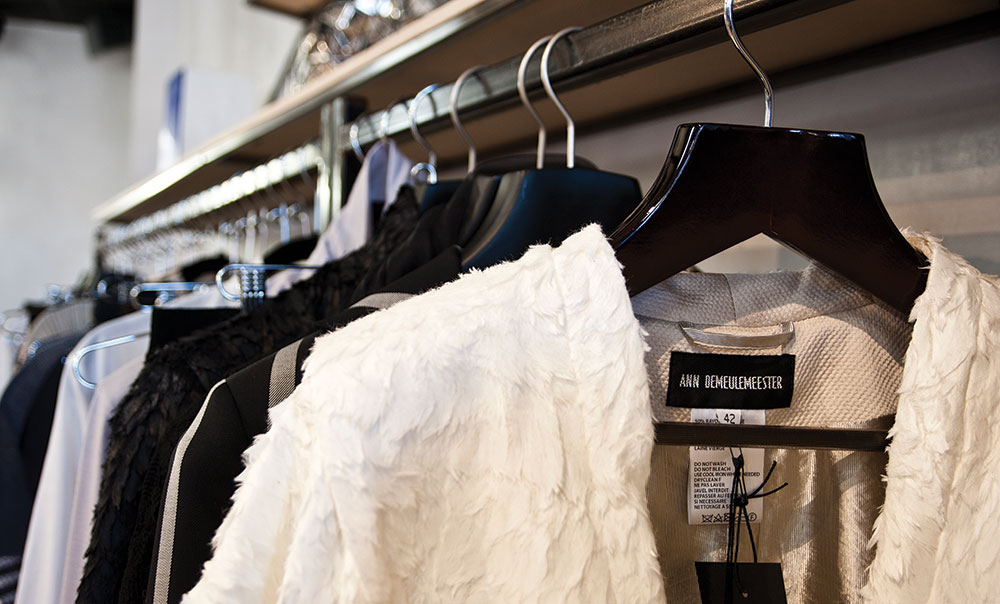 The couple had already been spending time at Rob’s weekend place in Catskill, so it wasn’t a huge leap to life at a house in Milan, outside Rhinebeck. And so far, motherhood, especially with twins, is easier in the country. “The city is thrilling, but I like not being in the hive,” Kalin says. “I have a fairly overwhelming energy level as it is, without that extra manic. I’m from Phoenix, Arizona, and I lived in Los Angeles, so I don’t mind car culture. And I do think family life with little kids is better up here. I like the cadence of it. I can build my own rhythm instead of having one forced on me.”
After 18 months of stay-at-home motherhood, Kalin began birthing Kasuri. “We can work with designers you couldn’t connect to in New York or Los Angeles, where the market’s saturated,” she says. “But my name, personality, connections, and the look of the store came together. Rick Owens approached us—I didn’t think we were ready for them yet, but his commercial director approached my buyer when we were in Paris last June. The brand matrix wasn’t quite there yet, but they were excited to be part of the project.” 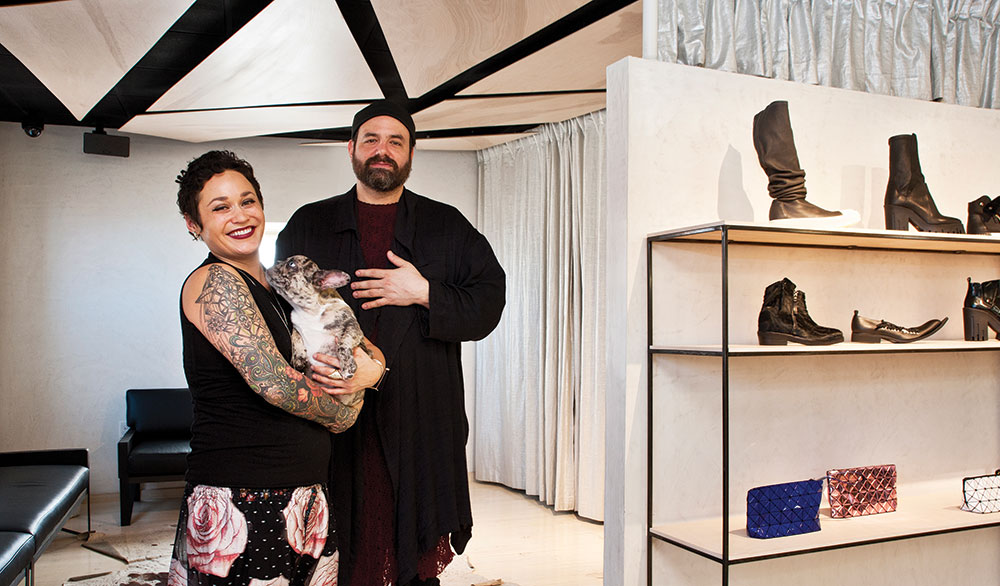 And the response is growing. “We have impeccable, world-class customer service,” Kalin says. “We had a great Christmas. And people are welcome to come in and just browse and be inspired. If you can’t afford $2,000 pants, I get it. I haven’t always been able to either.”

Located in Hudson, NY, a historic river town that serves as an artistic destination and escape for many New Yorkers, KASURI brings cutting edge directional fashion to the Hudson Valley. The boutique offers a finely curated selection of Japanese, European, and American labels housed in an exquisitely renovated space where the historical and contemporary collide. With a sensibility firmly rooted in the avant-garde and staffed by a team passionately devoted to fashion, KASURI strives to create an environment where experimentation and tradition integrate in ever-evolving ways.