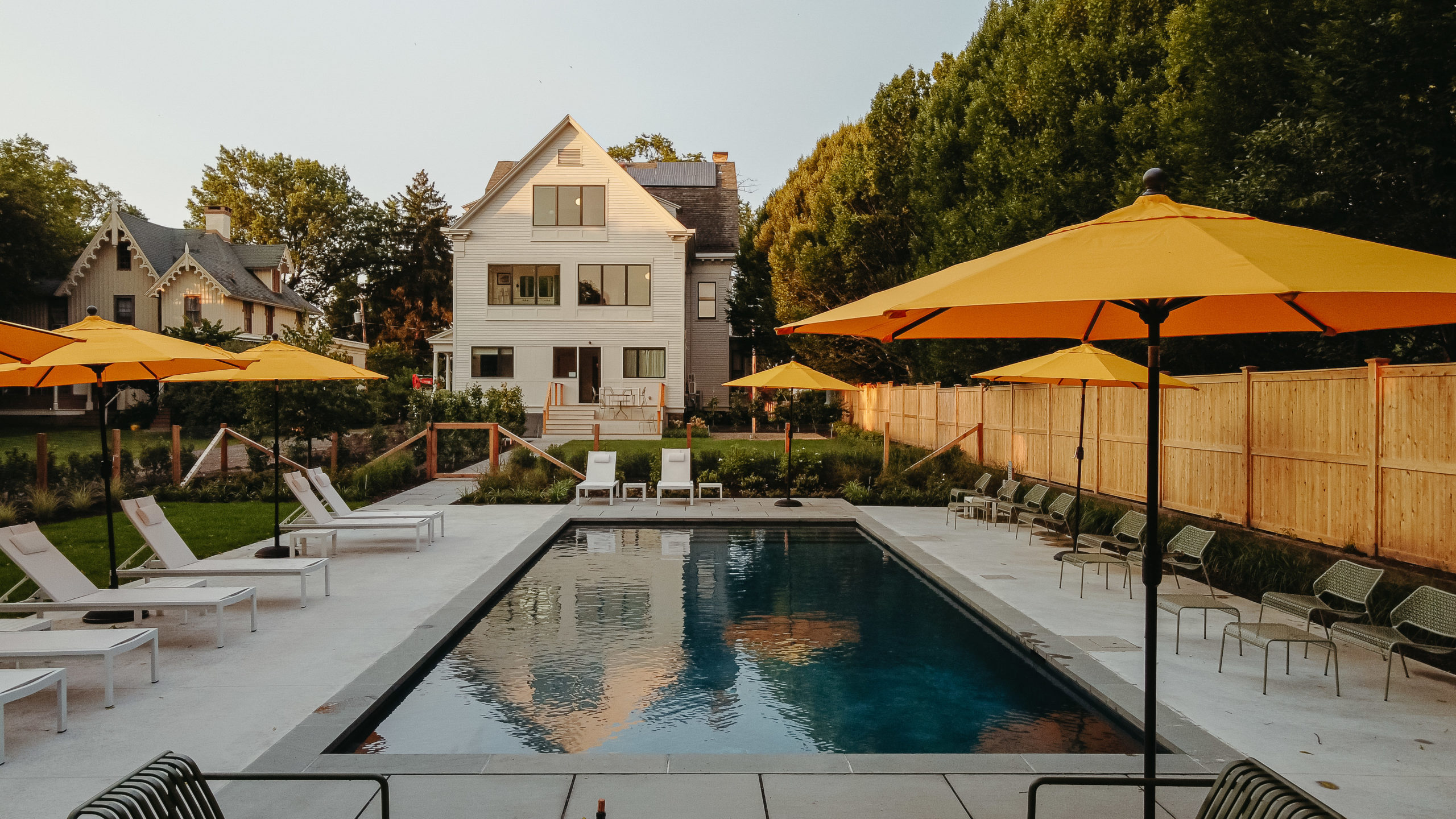 From spacious accommodations to music concerts in the beautiful garden, the newly-opened Amelia Hotel offers comfort and culture to Hudson locals and tourists alike. With a name dually inspired by owner Shannon Wu’s niece and the famed American aviator Amelia Earheart, the hotel evokes images of feminine strength.

Just now opening this summer after serious delays due to COVID-19, the beautifully restored Queen Anne-style former private residence is currently in now accepting bookings. With a seasonal swimming pool, bright and spacious rooms, an English garden, and complimentary homemade granola and baked goods for breakfast, The Amelia promises guests an indulgent and relaxing retreat. 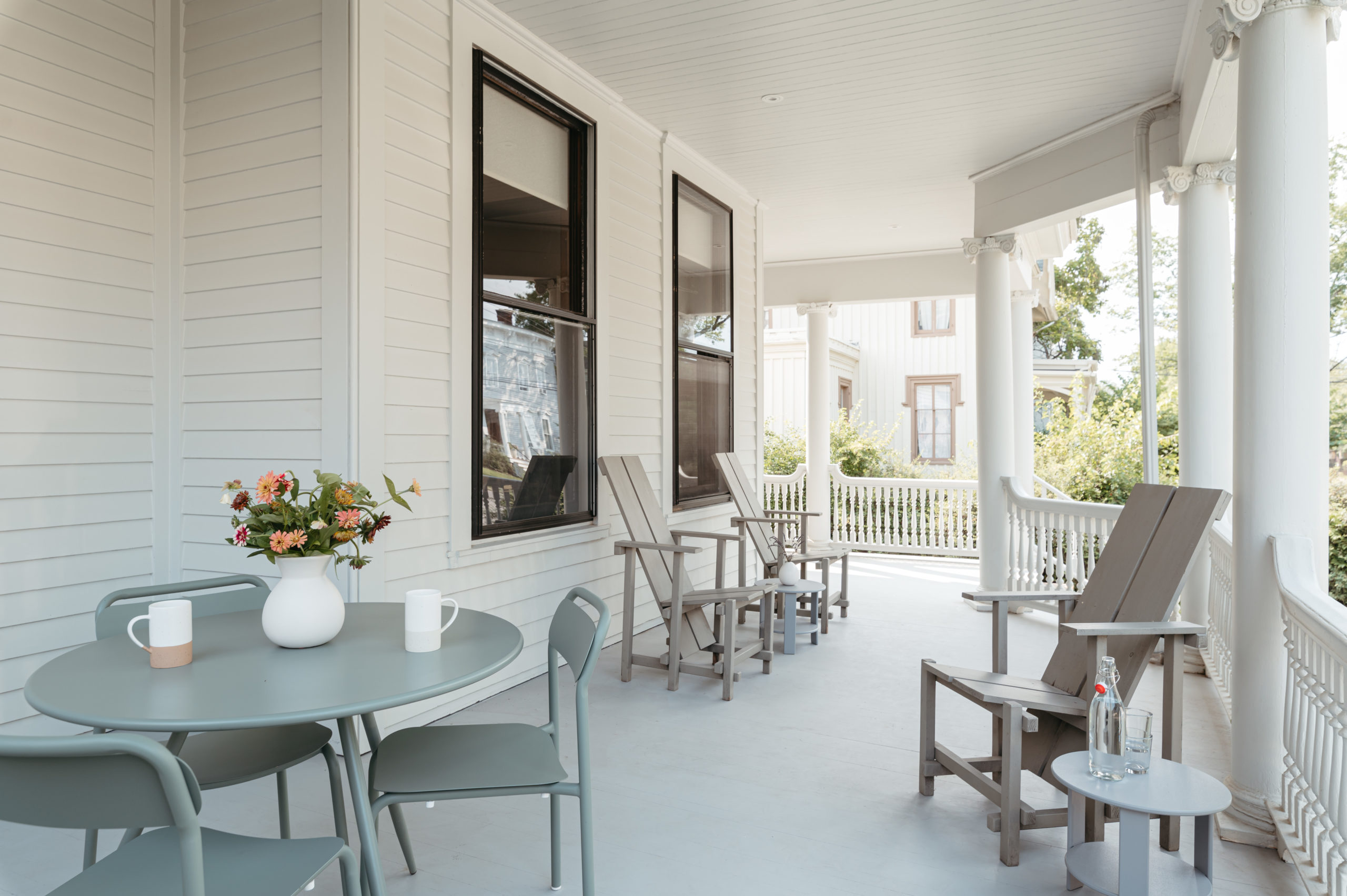 The front porch of The Amelia. Photo by Lawrence Braun.

Owner Shannon Wu noticed the lack of accommodations in Hudson through her experience running weddings out of Meadow Ridge Farm in Coxsackie. She found that most of her wedding parties planned to stay the weekend in nearby Hudson, but often struggled to ultimately find vacant accommodations.

Wu was drawn to The Amelia building due to its unusually spacious layout and bright atmosphere. “The house is pretty big—over 6,000 square feet. It is on over one acre of land which, if you know Hudson, is very rare,” Wu says. “Most of the houses just have a small backyard.” The sizable plot of land allowed her to go to town with improvements and outdoor amenities, with the resulting pool and generous garden adding to the calming ambience of the hotel. 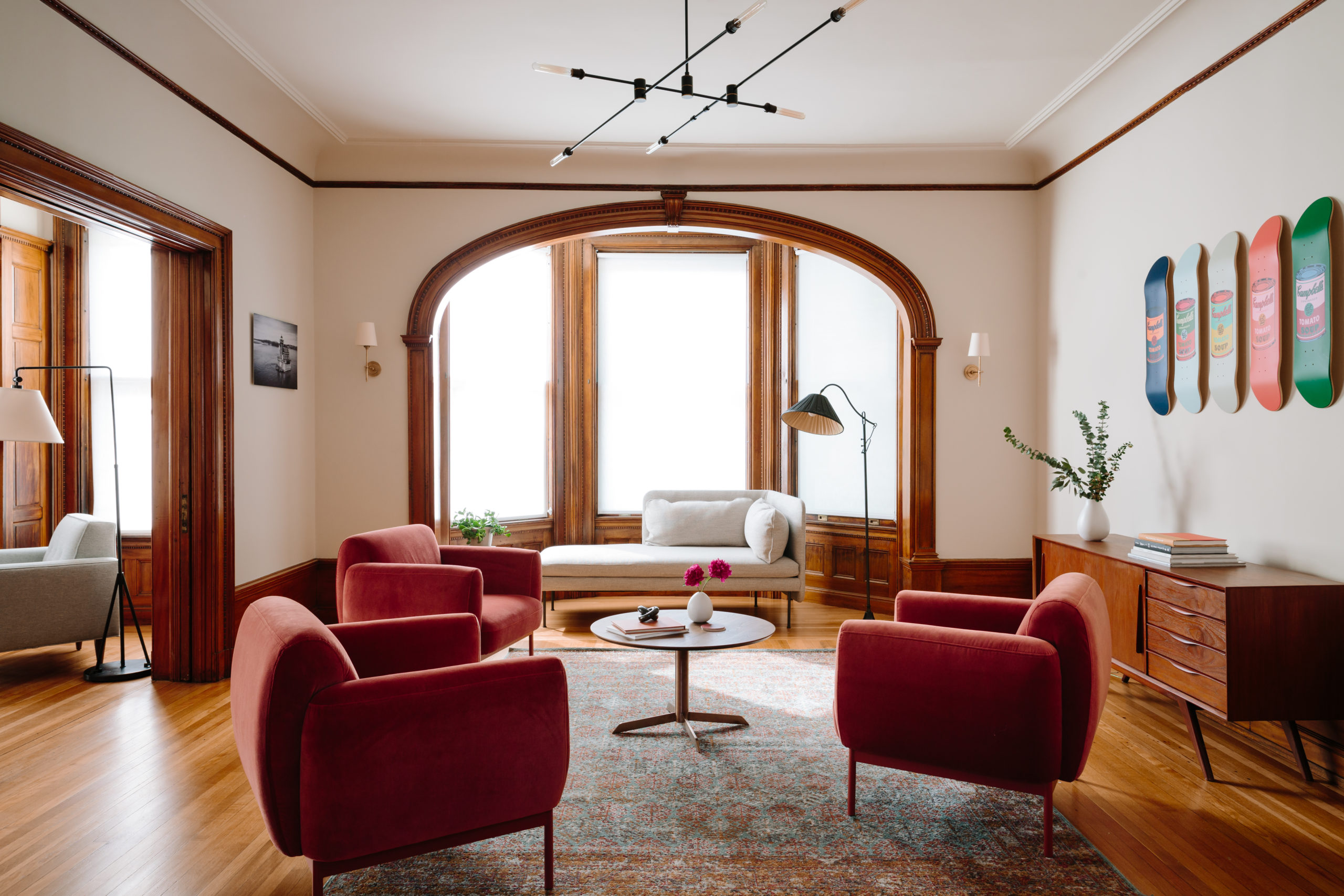 Working in conjunction with Tim Albright Design, renovations began in January 2020 and included repurposing the upstairs apartments as two multiroom suites and meticulously curating furniture and decor in each room. “The building itself is pretty well preserved,” Wu says. “The previous owner did all the plumbing–every room already had bathrooms so even though we had to do a lot more work in terms of renovations to make it bigger and nicer, the bones were there.”

A consistent Midcentury Modern aesthetic runs throughout the hotel’s design, giving it a feel that sophisticated and inviting. “In the hotel, every room has really positive energy which is exactly what I always wanted people to feel when I talked about design,” Wu says. 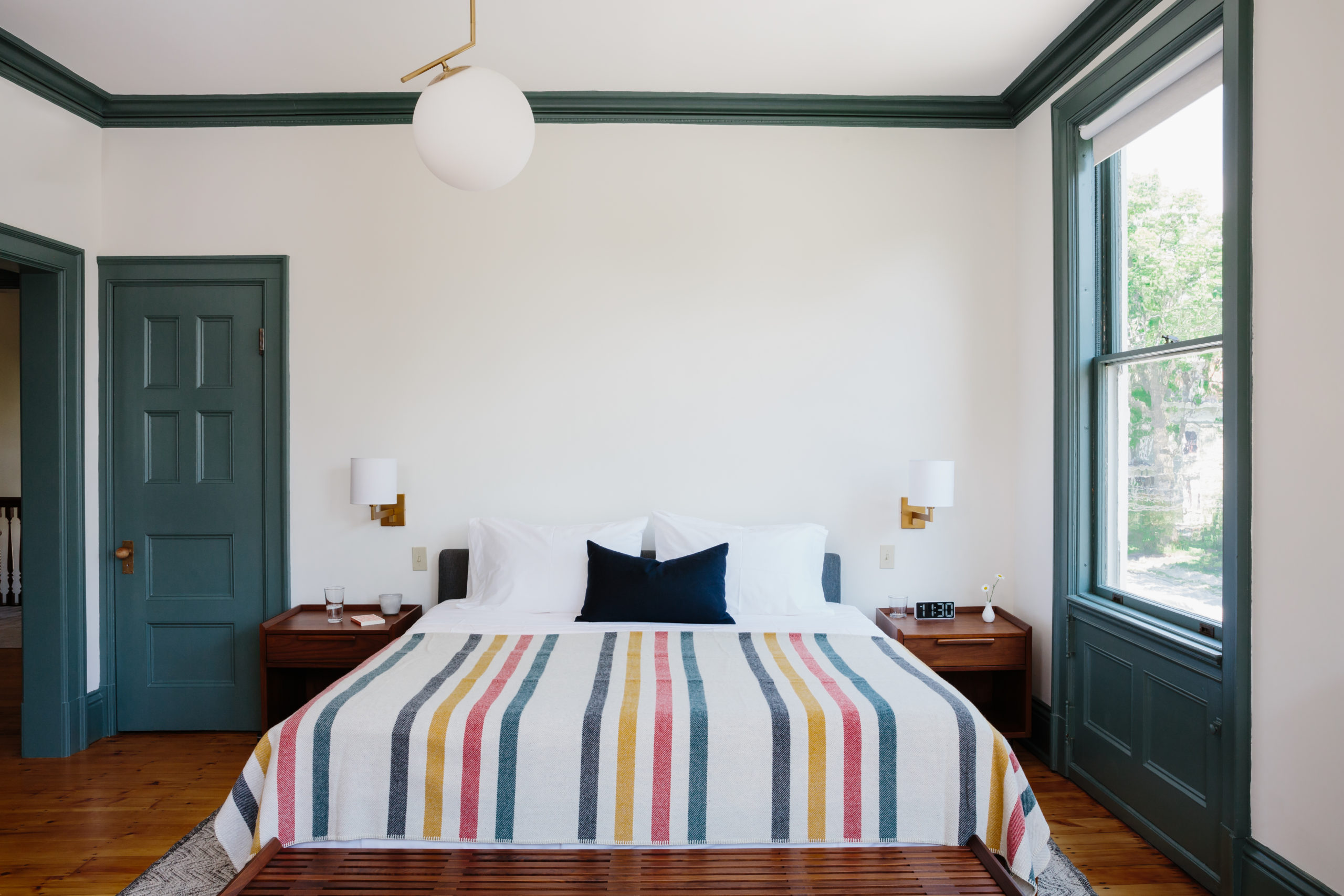 While the whole ensemble offers visual coherence, each room is meticulously styled with its own character and design. The Amelia offers eight different rooms, divided into three types: Garden View rooms, Hudson View rooms, and the Grand Suites.

The two Grand Suites, located on the third floor, can host up to four people a piece, with separate bedrooms and large living areas that total nearly 1,000 square feet each. Garden View rooms boast gorgeous vistas of the property’s ornamental garden with its roses, hydrangeas, and bluebells; the pool with its sun-yellow umbrellas, and the surrounding Hudson cityscape. The Hudson View accommodations offer sights of historic Allen Street at the front of the house, with its handsome 19th- century homes and gardens. “Allen Street used to be all these well-to-do families’ large houses,” says Wu. “So, they’re all pretty well-preserved, and it’s a residential street so it’s not noisy.” 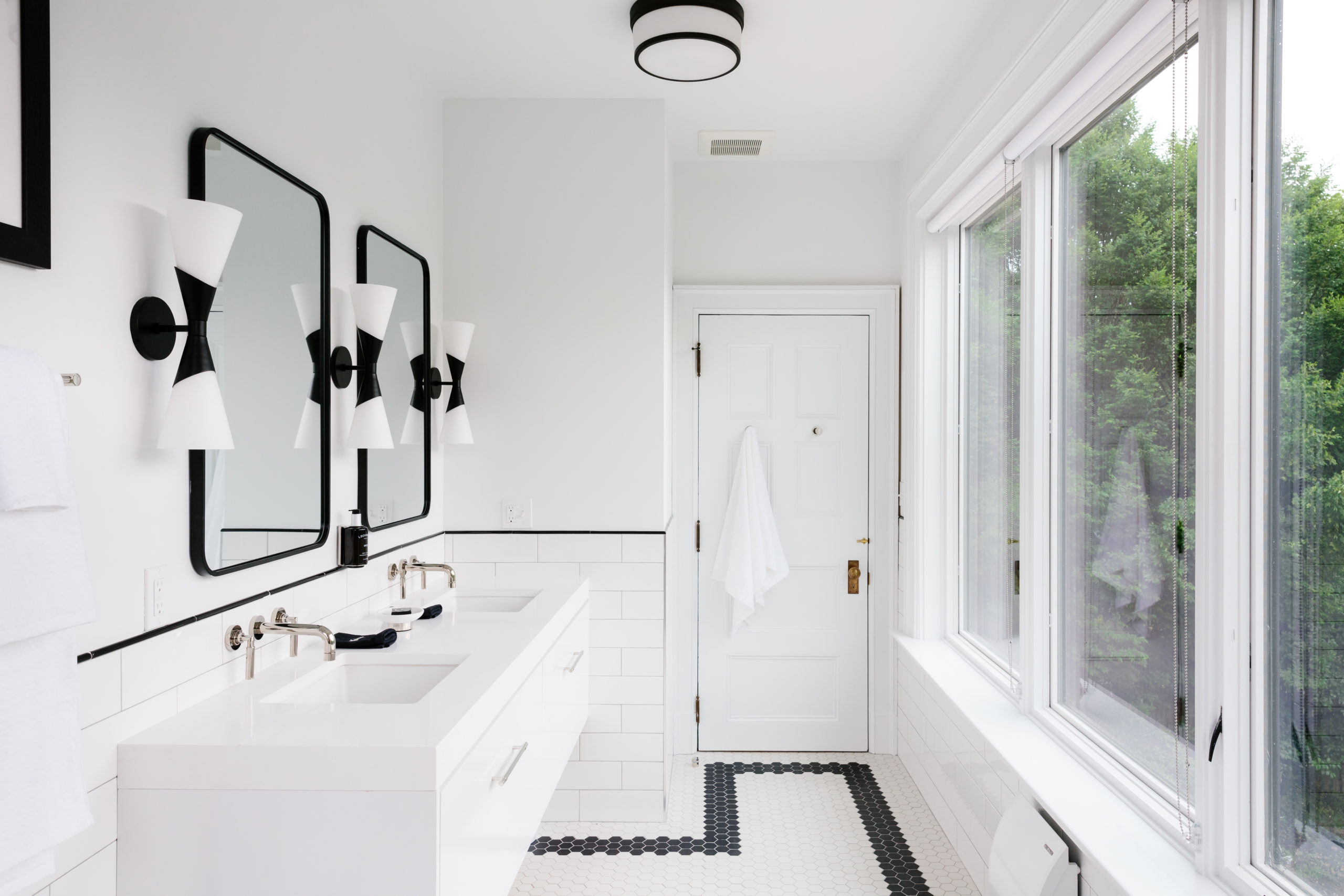 Back to the Garden

Beyond their accommodations, The Amelia is serving as a venue for the larger Hudson community, hosting intimate shows this summer in conjunction with Bard Conservatory during their Saturday Concert Series. The Amelia’s upcoming event on August 28 will feature Chinese music performed on traditional instruments—the erhu, pipa, guqin, and guzheng—with accompanying tea and Chinese snacks afterwards. Tickets can be purchased online for $20. 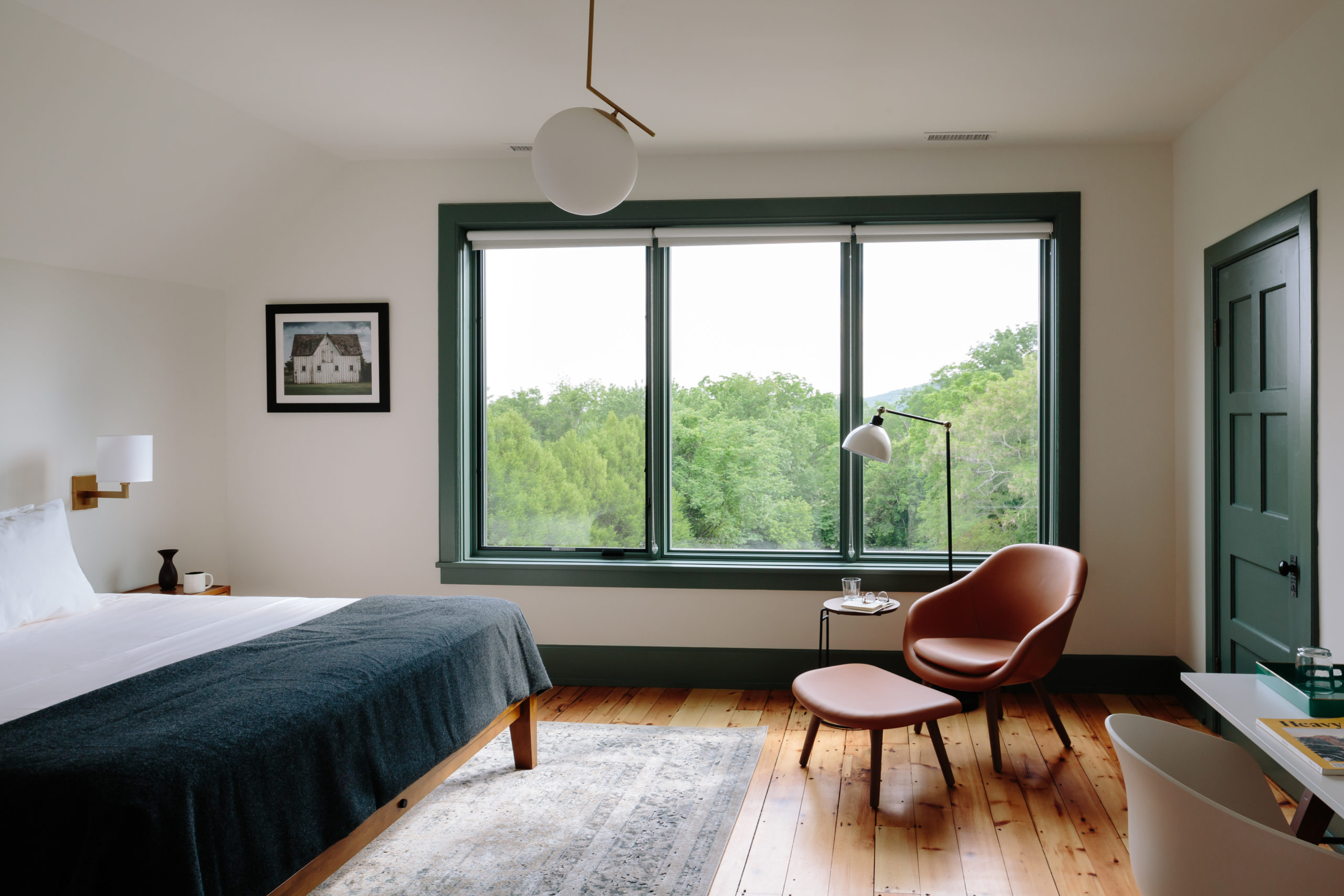 Having loved classical music for many years, Wu is excited to bring a cultural element to The Amelia for local residents and guests alike to enjoy. “It was great to have close-up interactions with musicians,” Wu says of the two previous concerts. “You really appreciate music more when you’re up close especially when it comes to chamber music.” While Wu is still determining final details for one or two more performances, she is leaning toward one more vocal piece and an ensemble performance to close out the five-concert series.

The Amelia’s involvement with local music and culture will not end with their summer series. Wu hopes to continue to partner with Bard Conservatory in the future, particularly around the upcoming holiday season. 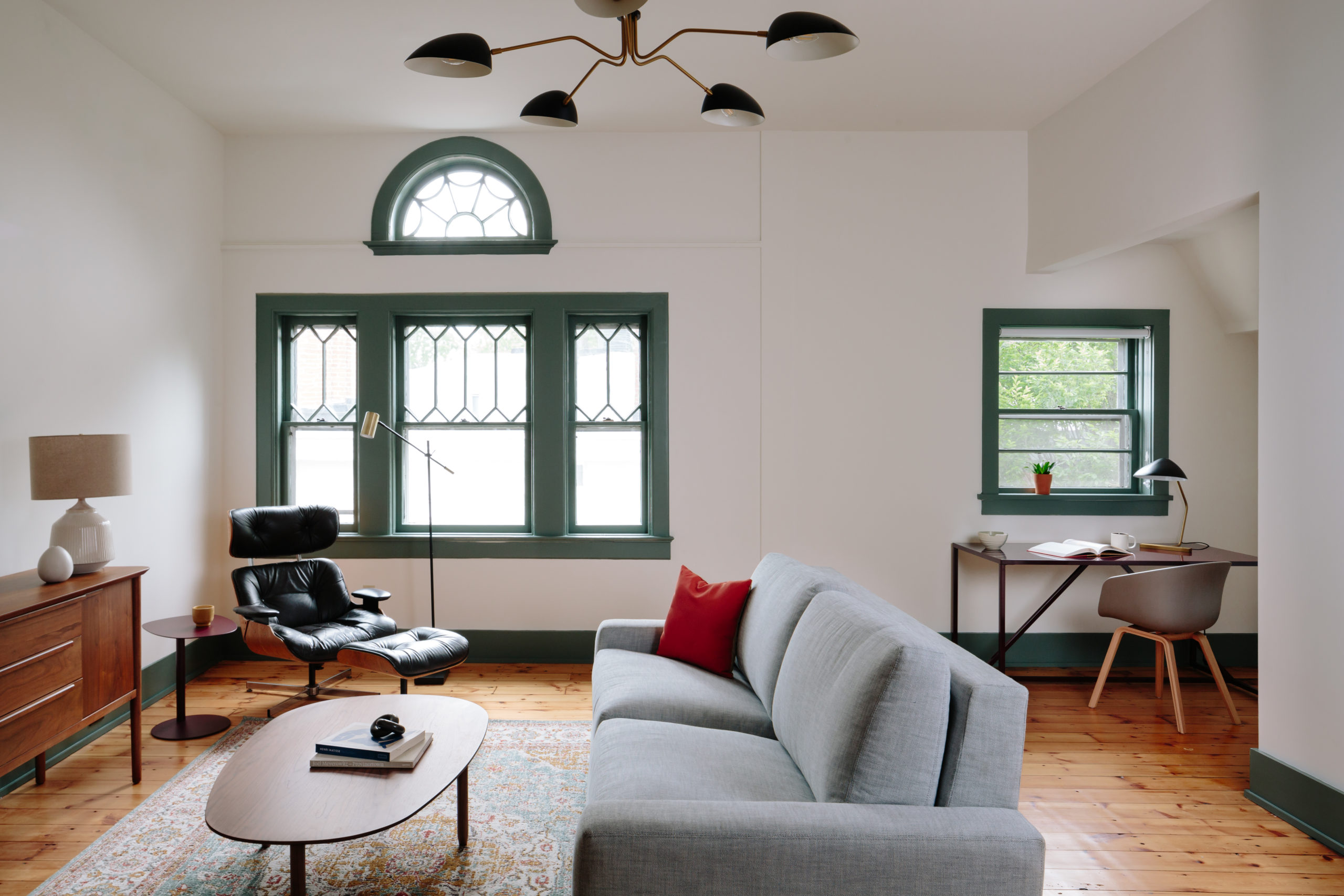 Hudson Valley residents and tourists can all relax and recharge at The Amelia. Wu sums up her hotel’s atmosphere as “sunny and light and positive,” adding, “That’s what I hope guests leave Amelia feeling.”