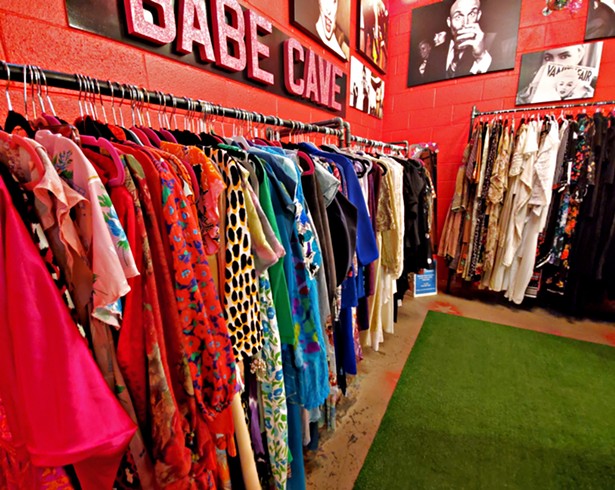 After Jennifer Robbins had surgery to treat the nerve damage in her right hand, her life changed completely. The process of healing took her away from her career as a sought-after fashion photographer shooting for magazines like Vanity Fair and Vogue, as well as her dedicated training in karate as a black belt.

A self-described “born and bred Manhattanite,” Robbins eventually found herself yearning to get away from the city during the year-long healing process. After crashing for a while at a friend’s place upstate, she fell in love with Woodstock, found a place of her own, and never left. 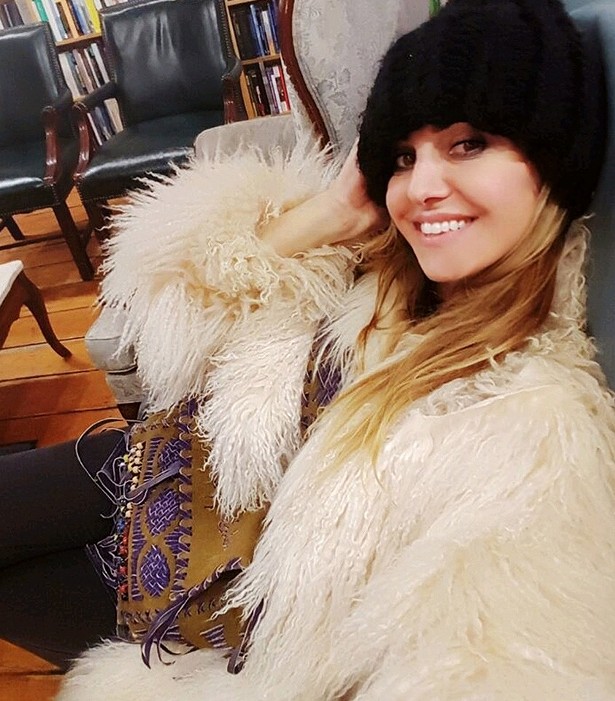 “In the midst of trying to heal from this surgery, I realized I needed something to do,” Robbins says. After a trip to the Saugerties Antique Center, she found her calling—a small booth that would become her first vintage clothing shop, the Vintage Groupie.

“I started selling vintage clothes as a hobby, but I really do love this,” she says. “My grandmother was a model and my mom was a fashion illustrator for the New York Times. Being in fashion introduced me to a lot of brands people don’t always know, and I’ve been collecting clothes for a bazillion years.”

In November of 2019, Robbins moved her shop over to The Warehouse on Warren Street in Hudson and changed the name to The Babe Cave Vintage. The name was inspired by a sign she found at Five Below in Kingston, which now hangs in her shop. “It pretty much says it all,” Robbins says. 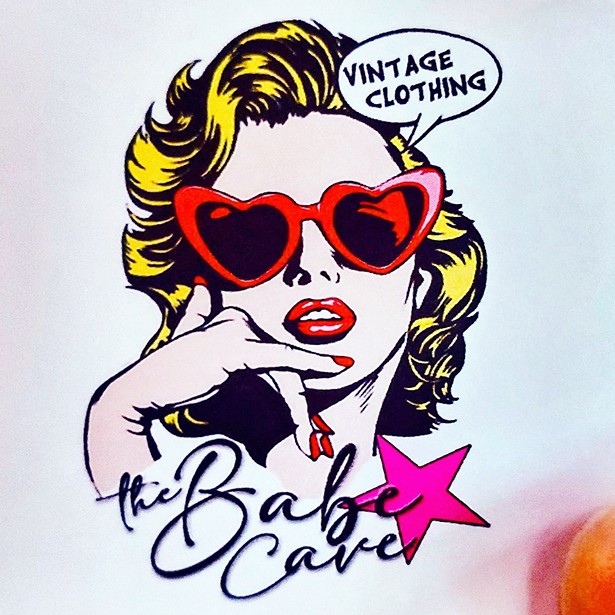 At The Babe Cave, you’ll find a curated selection of clothing and accessories from the ‘70s, ‘80s, and ‘90s. It’s all clothing that Robbins herself would wear—what she calls a mix of the tv show “Dynasty” and Studio 54, with a splash of hippie bohemian thrown in, like gauzy dresses from India and embroidered pieces from Mexico. “I’m not a quiet person and not a wallflower,” she says. “The clothes are kinda like that. They’re definitely not shy.”

The pieces make their way to Robbins from every possible corner of the vintage world. A lot of her collection started off as her own clothes (pro-tip, if you’re tall like her, head over asap!), but she also scores threads online from as far as California, Amsterdam, and Germany, as well as from local thrift stores and yard sales. 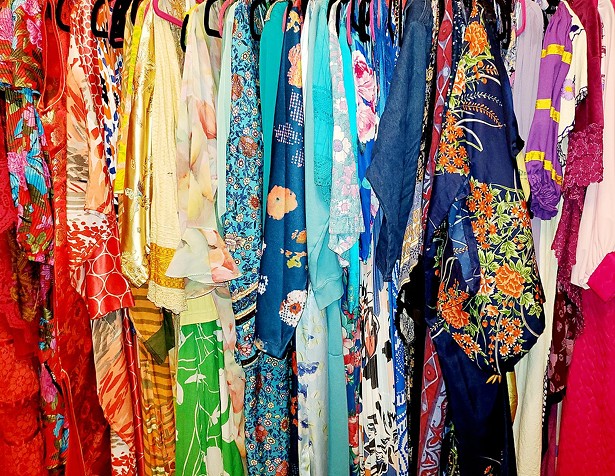 One thing she’s adamant about is providing a range of price points that can be accessible for anyone. “It’s no fun when you go to a vintage store and can only buy one thing,” she says. “Vintage is synonymous with ridiculously expensive, but I just want to make the world a little prettier, a little more fun.”