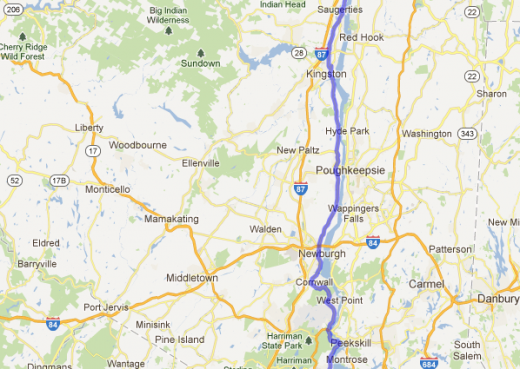 After a tale of our harrowing journey on the Taconic last week, a reader suggested we discuss the best ways to get up to and back from upstate New York. Yes, there’s the Thruway, and if you catch it at the right time, it’s fast and easy.

Well, there’s the twisty Taconic, with its speed limit of 55 (observed by a larger majority of drivers than the speed limit on most highways), which spits you out onto the Bronx River Parkway, and is usually far less trafficky than other routes. There’s Route 17, which runs parallel in places to the Thruway. There’s the Saw Mill, which will eventually deposit you nicely on the west side of Manhattan, if that’s where you wanna be. Are there other secret routes you’d recommend? We’ve tried the Throgs Neck and the Whitestone before, but we always end up lost and arguing with the spouse.

One commenter recently pointed out that, when the Tappan Zee closes, those traveling to and from upstate will be desperately seeking alternate routes. Any suggestions?