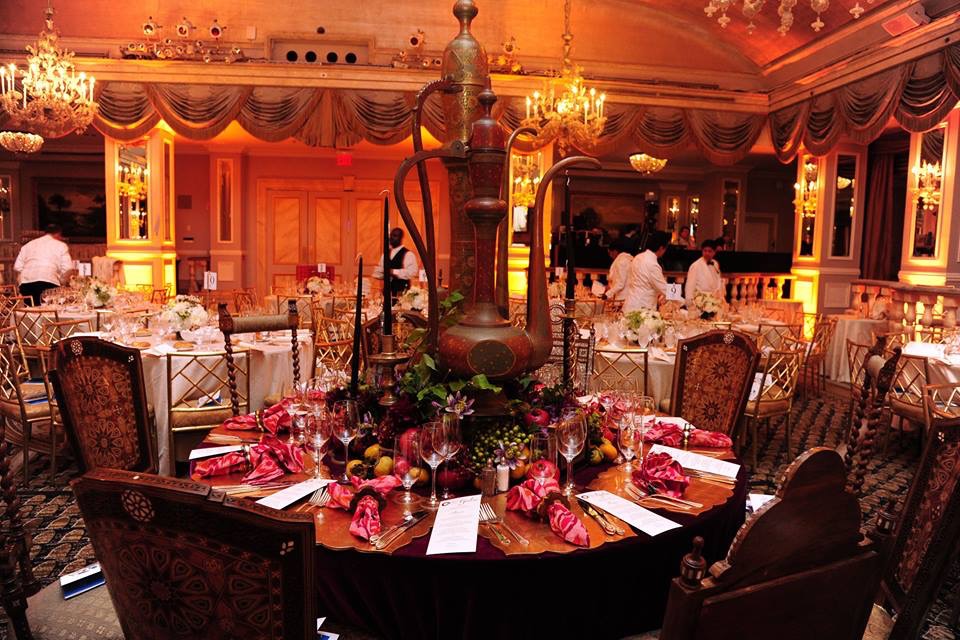 Recently, my elegant friend Marie Stewart and her husband the famed photographer, Fredrick Edwin Bertin, invited Gary and I to attend the American Turkish Society’s Annual Gala. Marie, the Executive Director of the American Turkish Society, known for her impeccable style, elegance and savoir faire is a skilled hostesses of the highest measure. As Gary and I, along with friends Mark Alden Lukus, Edward Celata, and Abigail Rockwell, sauntered across the ballroom of the Pierre Hotel, little did we realize the impact this evening would create upon our lives. The 2015 American Turkish Society’s Gala honored two distinct individuals, Husnu Ozyegin and Hamdi Ulukaya, for accomplishment and humanitarianism, whose entrepreneurial successes were translated into philanthropic efforts to improve the lives of others. Hamdi’s life as the founder of Chobani is an incredible story of accomplishment, generosity and humanitarianism. Through the Chobani Foundation, 10% of the company’s annual profits are given to charity. In Chobani’s hometowns in Upstate New York and Idaho, Chobani has invested funds to directly benefit their local communities. It’s difficult to believe a man who had never been introduced to baseball in his youth and has only swung a baseball bat once, invested in building a state of the art baseball field near his Hudson Valley headquarters. He’s an individual of means, who parlays his financial success to the betterment of his Community.

In the days preceding and following the Turkish Society Gala, Gary and I have attended charitable events benefiting the Ulster Community College Foundation, the Health Alliance, and a score of others. Each event yet again underscored the importance of participating in one’s community to the betterment of the whole. For each individual, whether a dual resident or recent transplant, has through real estate, taxes, etc. a vested interest in their community. Whether assisting a neighbor with a project, surprising someone with a gourmet treat, or contributing to a charitable cause we are each participating in our community. Though blessed with a captivating natural landscape the Hudson Valley suffers the same problems of hunger, lack of educational funding, and limited arts funding which often predominate in larger cities. Gary and I often are startled by the number of invitations and fundraising solicitations we receive each spring and autumn season. Frankly, to support each solicitation would be financially overwhelming. Yet, we collectively support the arts, education, children in need, and the hungry. Though our contributions are modest in comparison to Hamdi’s, we also believe in supporting our adoptive community. 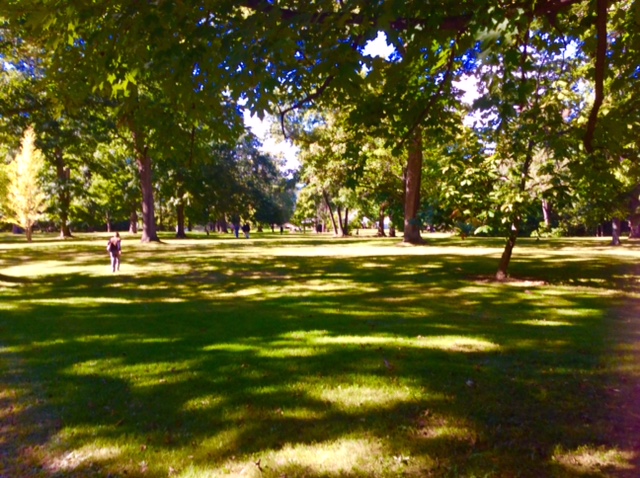 The natural landscape of the Hudson Valley is one the region’s most important community assets.

In the Hudson Valley, of course there is always an interesting twist, even in regards to the Community Foundation and its mission of Community enrichment. In 2014, the Community Foundations of the Hudson Valley launched a three year Farm Fresh Food Initiative, thanks to a grant from the Local Economies Project of the New World Foundation. The funding from this project supports the Food Bank of the Hudson Valley by working with local farmers to increase the amount of local, farm-fresh produce available for those in need. Sub-grants to local nonprofit organizations, including Poughkeepsie Farm Project, the Poughkeepsie Plenty Market of Dutchess Outreach, People’s Place in Kingston and others are providing free or low cost farm fresh foods to those in need throughout Dutchess, Putnam and Ulster Counties. Talk about a philanthropic way expand the concept of farm-to-table. It’s a natural partnership, given the historical significance of farming in the Hudson Valley. Along with the Farm Fresh Initiative, the Foundation, its resources and the Local Economies project are also working to produce a year round sustainable product. The profits of this product will again support the Food Bank of the Hudson Valley. By sourcing fresh Apples from the Hudson Valley, this product will be a “bee-free” honey which tastes and looks like real honey. In the spring of 2016, AppleHoni will begin distribution. Again, taking the abundant resources of the Hudson Valley, then regenerating them in a matter which will benefit the entire Hudson Valley Community. 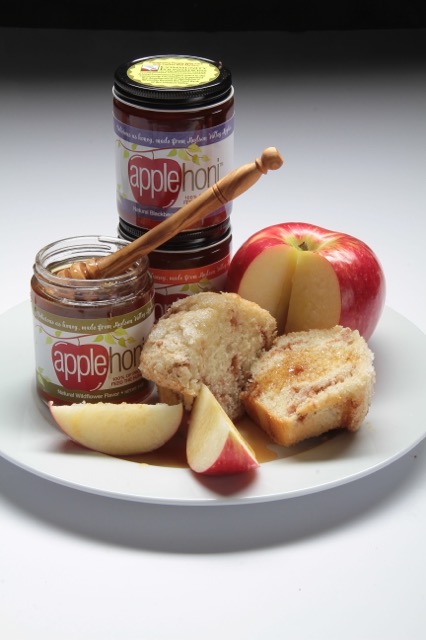 AppleHoni—a bee free honey packaged in Ulster County—will arrive on product shelves in Spring 2016, with all profits supporting the Food Bank of the Hudson Valley.

Every autumn season, the Community Foundation holds its benchmark event, the Garden Party. The net proceeds of this event underwrite the Foundations Community Response Grant Programs. These grants further assist in feeding the hungry, protecting the abused, and bolstering the arts, while enriching young lives and engaging senior populations. One recent grant purchased furniture for employment and training stations to help individuals build basic life skills, increase job readiness and advance their employment and vocational goals. During a presentation each December theses grants are awarded in a public ceremony. 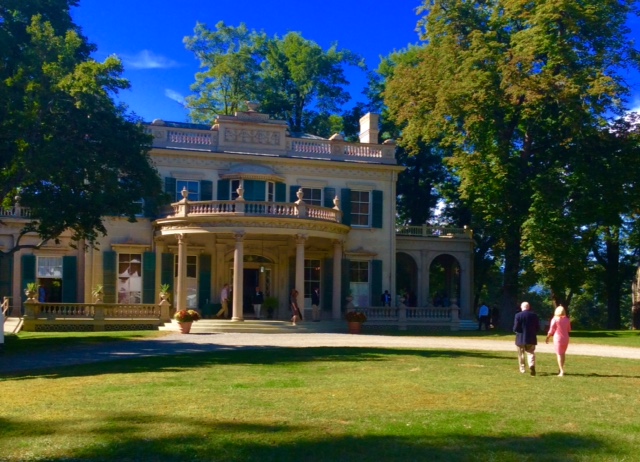 Montgomery Place, a Historic Gilded Age Mansion in Annandale on Hudson, was the setting for the 2015 Community Foundations Of The Hudson Valley’s Garden Party.

Having attended several of these presentations in recent years I am always awed by the impact these funds have upon the recipients and their organizations. In 2014, I had the pleasure of serving on the Ulster County Host Committee of the Garden Party. Every other year the Garden Party is held in Ulster, Dutchess or Putnam County. This year’s event was held on the sprawling grounds of Montgomery Place, a historic Hudson Valley gilded-age mansion in Annandale on Hudson. What a glorious day it was to come together with 500 individuals to assist in celebrating an organization dedicated to enriching the lives of so many in the Hudson Valley community. True to the normal course of these events, three outstanding persons were honored for their extraordinary commitments to philanthropy and community service. This year’s recipients were Darlene F. Pfeiffer of Ulster County and Richard C. Strain and his daughter Karen Strain Smythe of Duchess County. 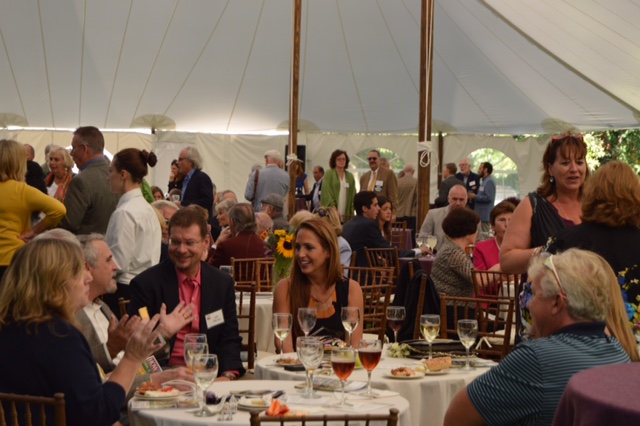 There at times are reoccurring themes in life. Having predominately dwelled in metropolitan areas prior to relocating to the valley, my life was primarily defined by my neighborhood. For in large cities your neighborhood becomes your community. Investing in the Hudson Valley sparked a commitment to expand my horizons beyond that of a singular neighborhood to that of a larger community. As exciting as the recent additions of restaurants, shops, and the growth of the housing market buzz has been in recent years, I think the growth of philanthropy is even more inspiring. A regional population working together to better their over all community of people is probably as good as it gets. The Hudson Valley is more than a regional area: it is a living and vibrant community. 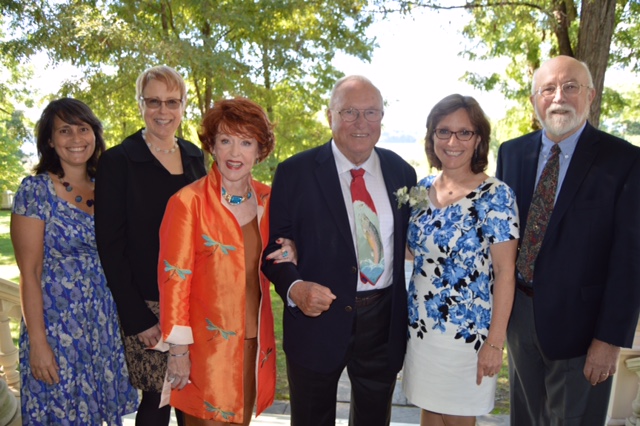