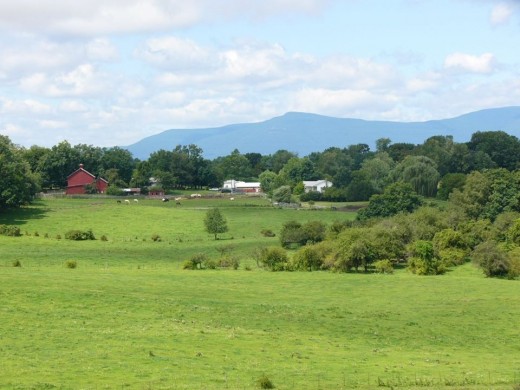 So I’ve been told that I am a pioneer. At least that’s what the locals now say. How did that happen so fast? One minute I’m working til 4 am in the East Village, and the next I’m a Hudson Valley locavore pioneer! Time flies when you’re a chef.

My wife Liz and I first started exploring the Hudson Valley in 1985 while we were still living in Boston and her eldest sister Marie worked for the State government in Albany and lived in the rural hills of West Coxsackie. We would get horrifyingly lost on the back roads of Greene and Schoharie counties navigating pre-GPS to her country cottage. I really thought we would fall off the edge of the earth sometimes. It was pretty amazing!

In 1986, Marie and her Husband Mike Lenane, along with his sister Susan and her Husband Bill Benson opened the Palmer House, one of the early upstate farm-to-table restaurants, in the tiny hamlet of Rensselaerville. I was the only person in their circle who had any restaurant experience, so I sort of, in a loose way, gave my feedback (is that what is now called consulting?). I visited often as the place was being built and knew I too would end up in this enchanted, foggy, rambling, hilly country! 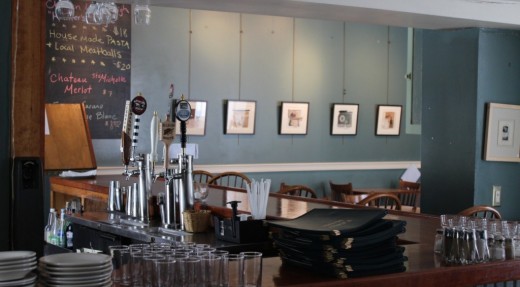 In 1988 we were living in Queens and working in the East Village. I was managing restaurants in the East Village and Liz was working at Beth Israel. It was then that Liz and I, with our two awesome babies Margot and Willis (Terry came a few years later), planned the escape! We were startled awake on a fine August Sunday morning to the drone of DEA copters during a drug raid  directly across the street from our apartment. We quickly loaded the kids and the diapers and babas and blankees in the car and headed upstate. Marie gave us a summer Sunday tour of Albany and we were charmed. We signed a lease that very day. We moved to Albany in 1989 and worked our way down the river each time our lease was up. From Albany in 1989, to Glenmont in 1990, to Coxsackie in 1991, we finally moved to Woodstock in 1993 and we’ve been here since. I know every farm, antique store and quick stop on that 50-mile span of 9W and 32 like the back of my hand.

In August 1989, I began chefing at Yate’s Street, a fine but stuffy restaurant in Albany. The owner Ken Linden worked for Larry Forgione in Brooklyn before coming upstate himself. He’s a gnarly jazz-cat who smoked Pall Malls with no filters and after a few bourbons would tinkle Monk riffs on the piano in the bar. He was a cool guy. He was buying some local products even then. It was through Ken and Bill Benson that I met Richard Belinski of Northwinds Farm, with whom I still have a working relationship to this day. 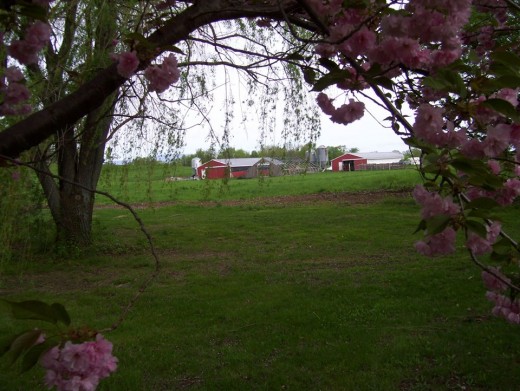 Framed View of The Barn at Northwind Farms

I moved on to a divey jazz club named Justin’s in February 1990. It had just enough of that 3rd Ave vibe to me. I felt at home. This is where I really began to build my own farmer-chef relationships. I was in charge of all buying. I bought Fromage Blanc and eclectic greens like claytonia, borage and burnet from Laurie Goodheart, then owner and cheesemaker at Nettle Meadows (“I grow these greens because mesclun has become soooo boring,” she told me back in 1990). I also developed my own relationship with Richard Belinski who was just getting Northwind Farms on its feet, from whom I purchased ducks, guinea hens and other feathered treats. 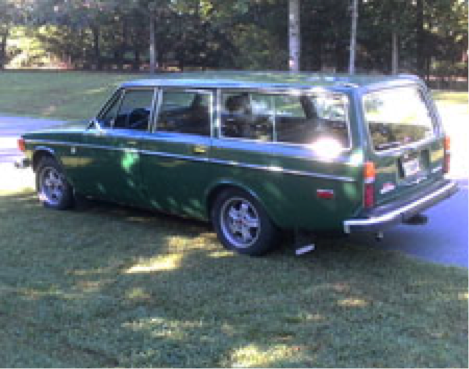 I bought my tomatoes at Story’s Farm in Catskill and Black Horse Farms in Athens and still do 21 years later! A bohemian chef schlepping the hills of eastern New York in my oft-overheating 1973 Aqua-Marine Volvo Wagon, listening to the Pixies, Rollins and Husker Du. I was one of the early East Village punk hippies to market the local stuff by listing Hudson Valley local products on my menus.

…and the rest is the history of a life…

I have forged long term relationships with farmer friends that we hope will last a lifetime. You’ll also find me shopping at the Saugerties, Woodstock and Kingston farmers’ markets as well as the Troy, Schenectady and Delaware Ave farmers’ markets in Albany.

Add to all of this my passion for foraging! Being a Sicilian, it is in my blood. As the spring comes so do morels, ramps, fiddleheads, nettles and others. With Summer it’s chanterelles, porcini, bluefoots and in the Fall look for hen-of-the-woods and more cepes in our kitchen. It is the best way to walk the dog in my book! 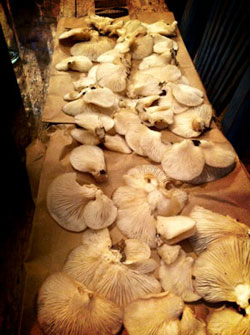 So now after 23 years and counting living in the Hudson Valley (man, that happens fast!), our kids – Sidney, Willis and Terry – are all a part of the Hudson Valley farm-to-table movement. They grew up in the biz from our perspective and are living it their own way. Liz and I helped to create this great generation of locavores. 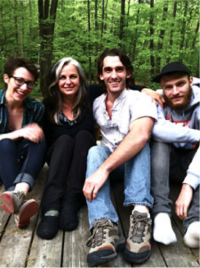 Another generation of Locavores

So I’m a pioneer I am after all! That, my friends, is my greatest achievement.

We want clean food! Guided by these words, Ric Orlando brings an inspired blend of lust for life, outspoken passion for the flavors and ingredients of the world community, and nationally renowned cooking prowess to his roles as chef, lecturer, author, and media source.  Ric has been preparing and promoting both global and local food for over 20 years.   His tireless work in promoting the products, people, and beauty of the region has made him one of the Hudson Valley’s leading culinary spokespeople.